When I met Lancia Delta for the first time

It was wintertime when I was attending the second grade of University (probably it was in 1992).  I was taken from a friend of mine to the Fukuoka Motor show that took place in Kitakyushu city. The Fukuoka Motor show is like a small Tokyo Motor show adapted for a smaller city. At that time I had a driving license valid only for motorbikes but not for cars and I owned a 400cc motorbike. The motor show was quite attractive because not only cars were displayed but also motorbikes. We, 3 students, departed very early to go to the motor show without attending lectures at the university.

Of course, the Motor show was crowded even if it was a weekday.  At that period, the period of the Japanese economic bubble, I was quite attracted to the MAZDA RX-7(FD) or to the MAZDA MX-6 and similar, the latest car models at that time.  At a certain point my friend stopped at a car and said,

“This is it. So cool! Lancia Delta HF Integrale.  The champion of rally.” 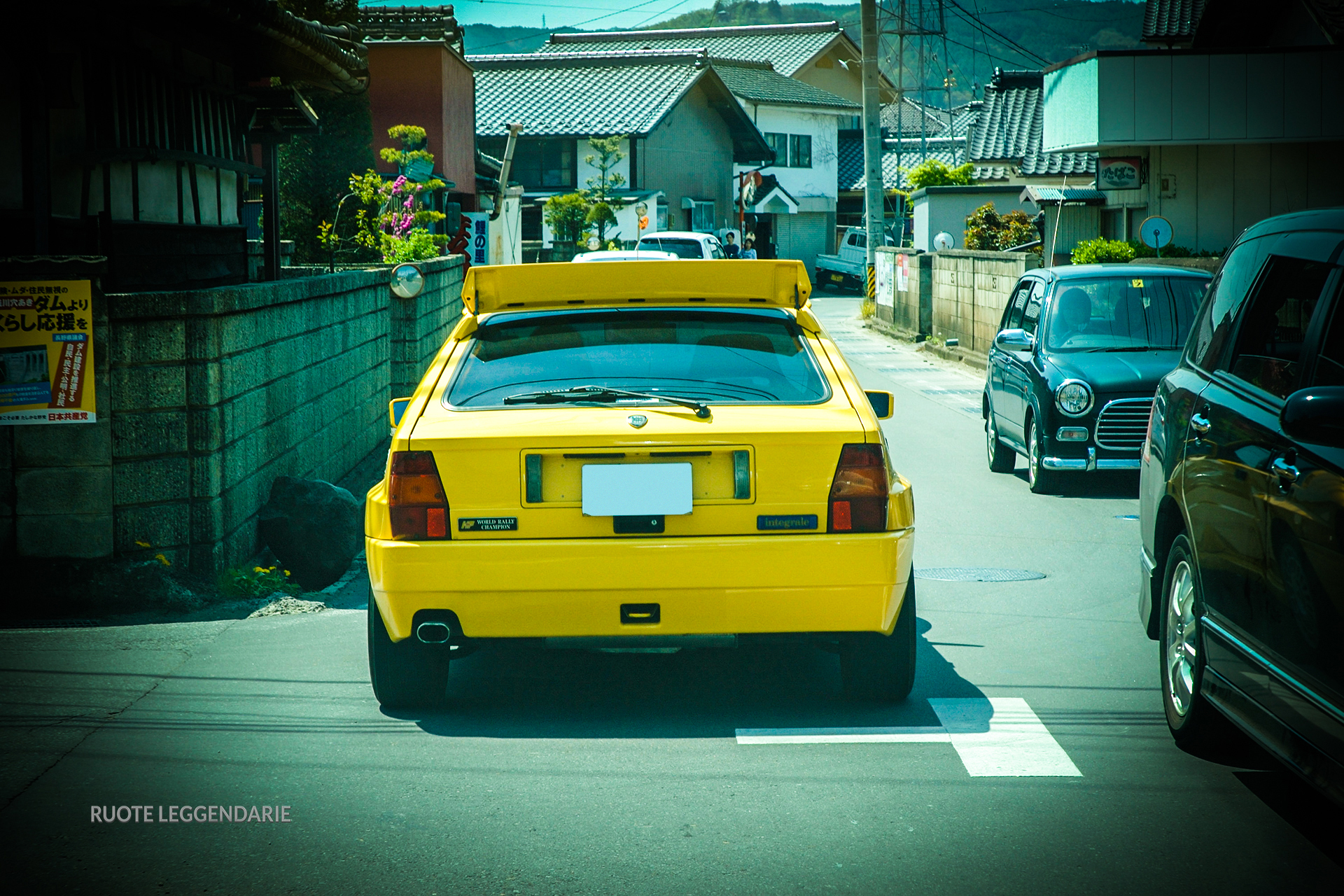 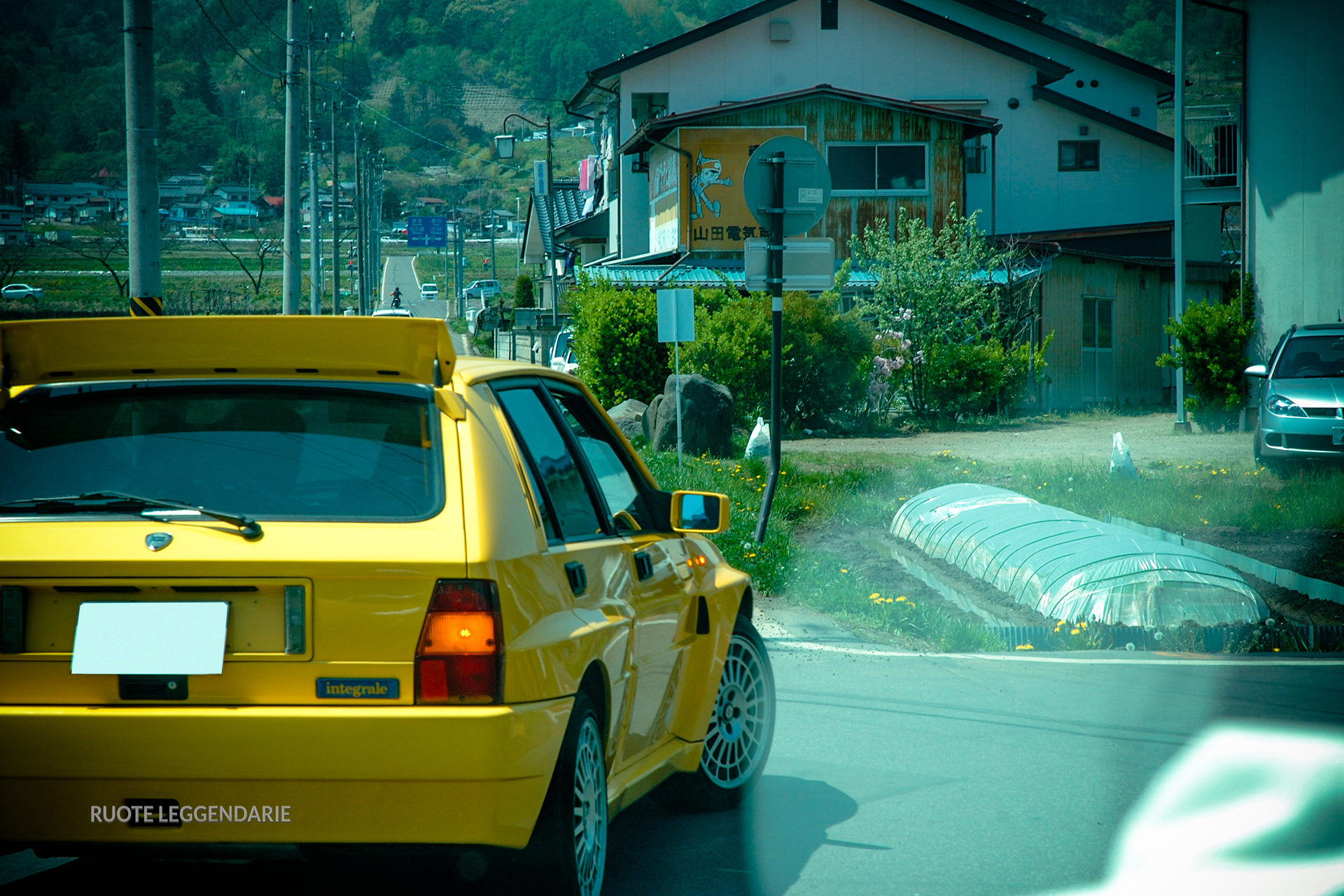 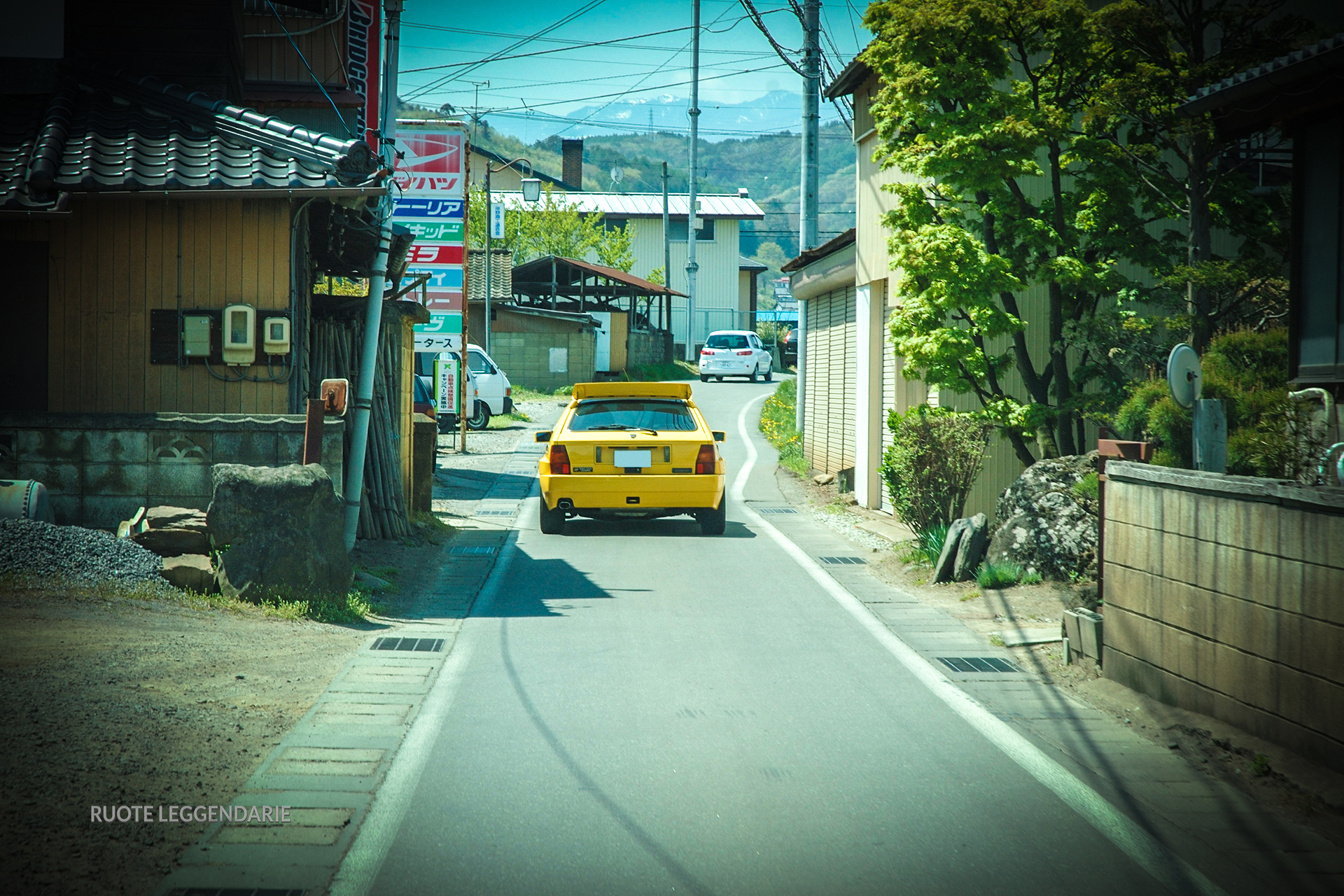 The car he was looking at was a Red Lancia Delta HF Integrale Evoluzione and it was standing there gorgeously under the spotlights. I was surprised about the price: 6,000,000 yen (about 46,000 euros) but for me it was like a family car, with 4 door hatchback, but at the same time it had sharp edges and glaring face that we couldn’t see in Japanese cars. It had a really strong impact on me and I felt something strange.  “Why?? Why does such a car cost so much?”

At that time, Formula 1 was really popular in Japan. Formula 1 cars could only be driven in a closed circuit to compete to decide the fastest car in the world, but that was so far away from reality and that was not for me.

On the other hand, for the rally, normal cars are modified under certain regulations and are driven to compete uphill, downhill and along winding but normal roads. That was more realistic for me. I was not an enthusiastic fan of rally but I felt those cars were closer to me and I had a kind of admiring “a fast car that runs on bad roads”. At that time TOYOTA CELICA GT-FOUR was the most famous Japanese car for rally but I gradually started to be attracted by Lancia Delta, that won the manufacturers title for 6 years in Rally.

Using internet was not so common at that time and it was not easy to collect information. As a university student, I gradually got information about Lancia Delta from conversations with friends who were experts about cars among us or by reading magazines in book stores (without buying them). 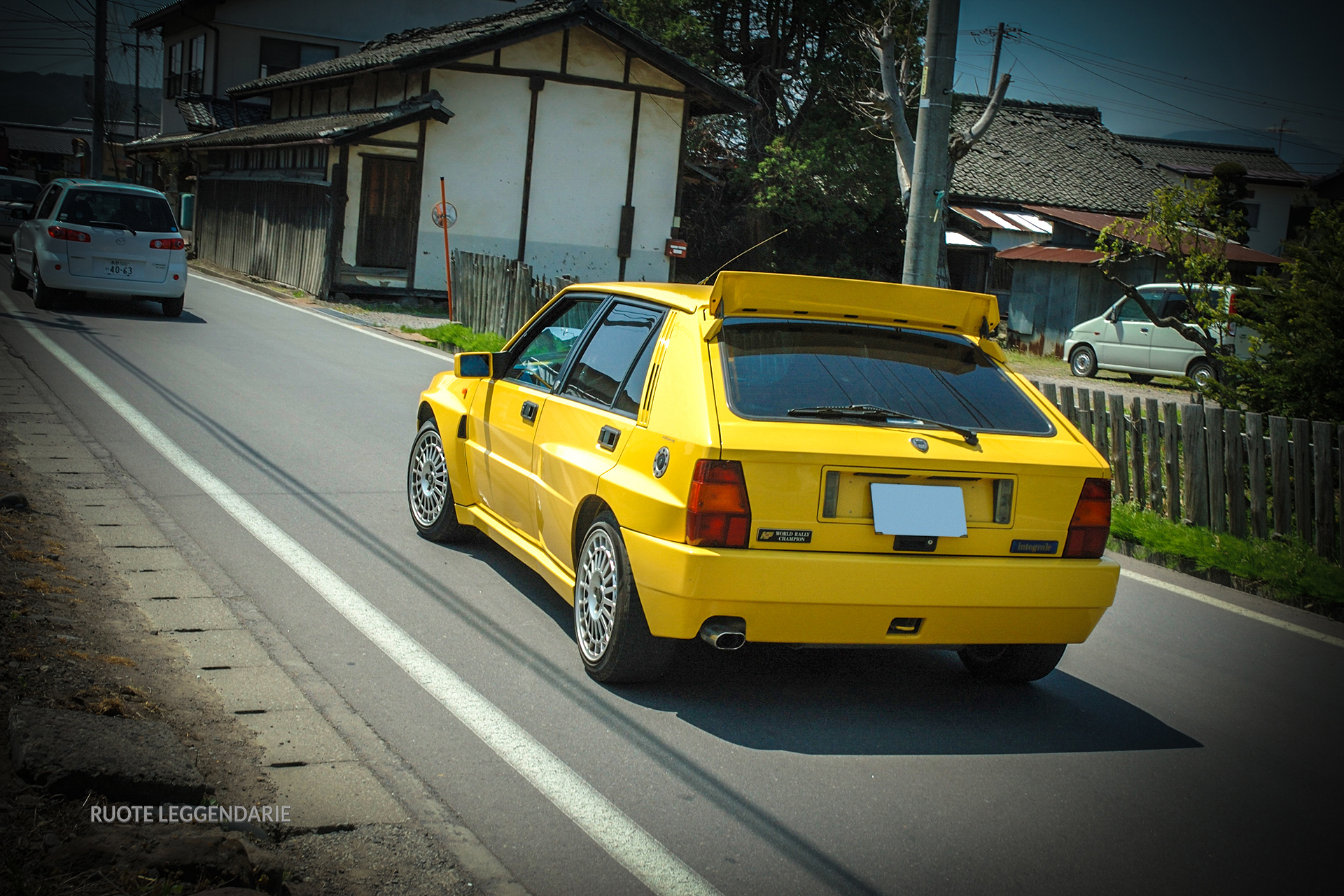 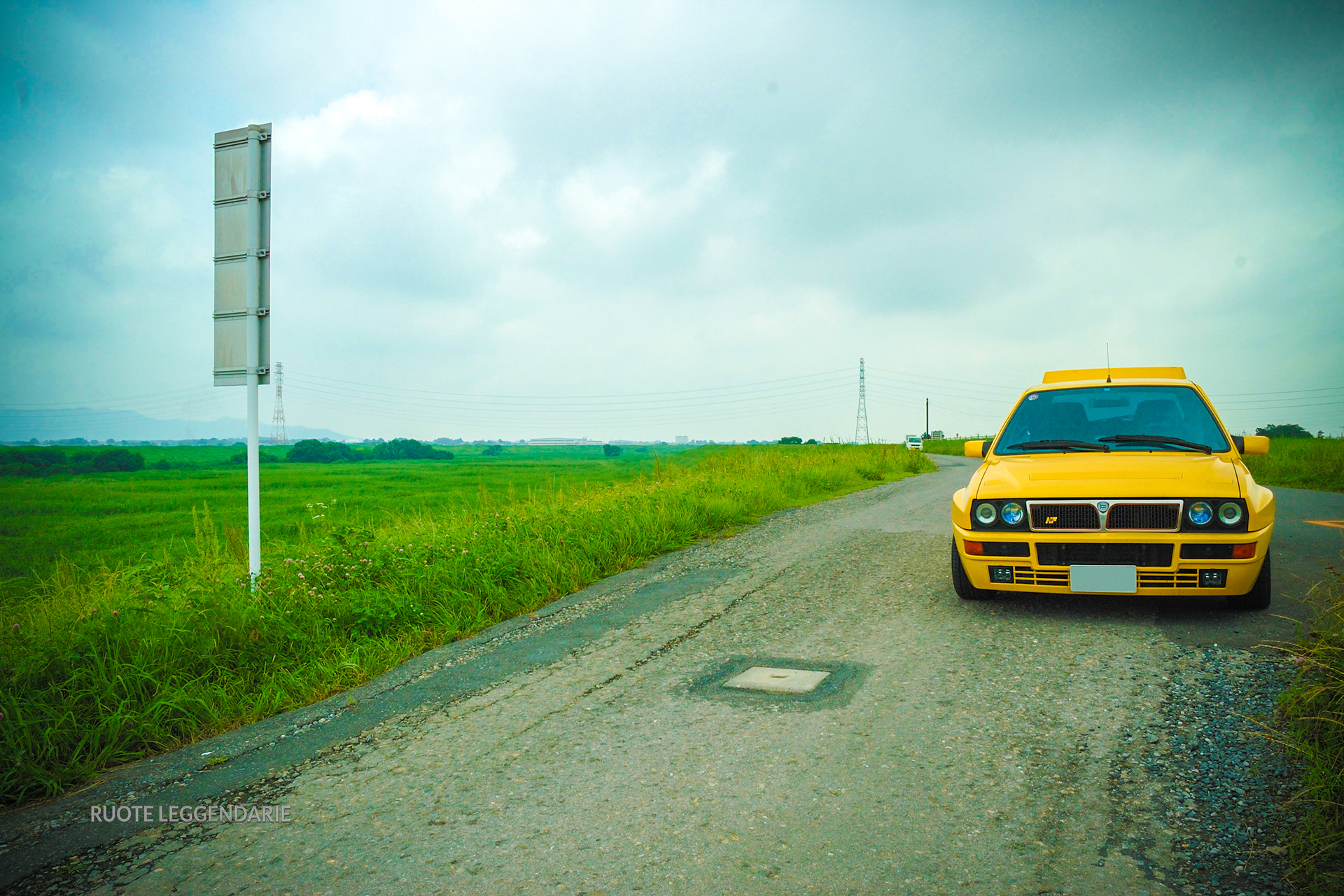 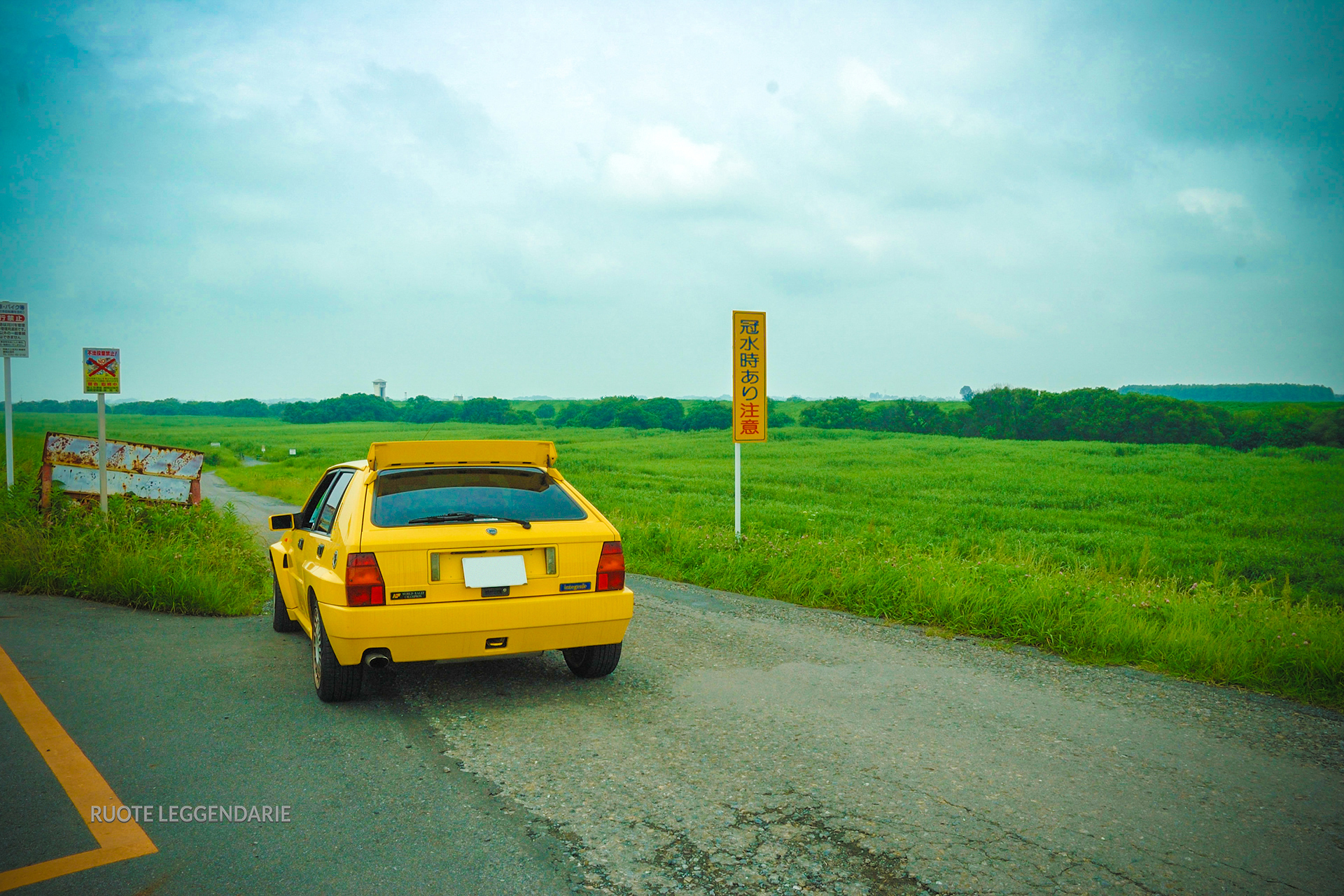 Basically I think that it is impossible that I feel cool about a small family car category that is 4 door hatchback. The type of cool cars I think of should be coupe, such as supercars or sportscars. Despite of that Lancia Delta is still cool with 4 door hatchback and that is quite unique and difficult to imagine. And the most attractive point for me about Lancia Delta is that you can see the spirit of “I do everything to win” from that body. For example, to improve the engine cooling the engineers did not only introduce vents on the bonnet, but they also made intakes for ventilations (as many as possible) around the headlight or the front windscreen wiper, installed an angle adjustable air spoiler that looked unnatural on that kind of vehicle, and other solutions.  There is no need to turn up the spoiler when driving on normal roads but the spoiler of Delta like a rooster with his crest standing up is a perfect effect to raise the driver’s spirit up. Also the blister fender is powerful if you look at it from the front. Normal people will feel that they have to give the way if they find this front face of Lancia Delta on the rearview mirror in the passing lane on highways. 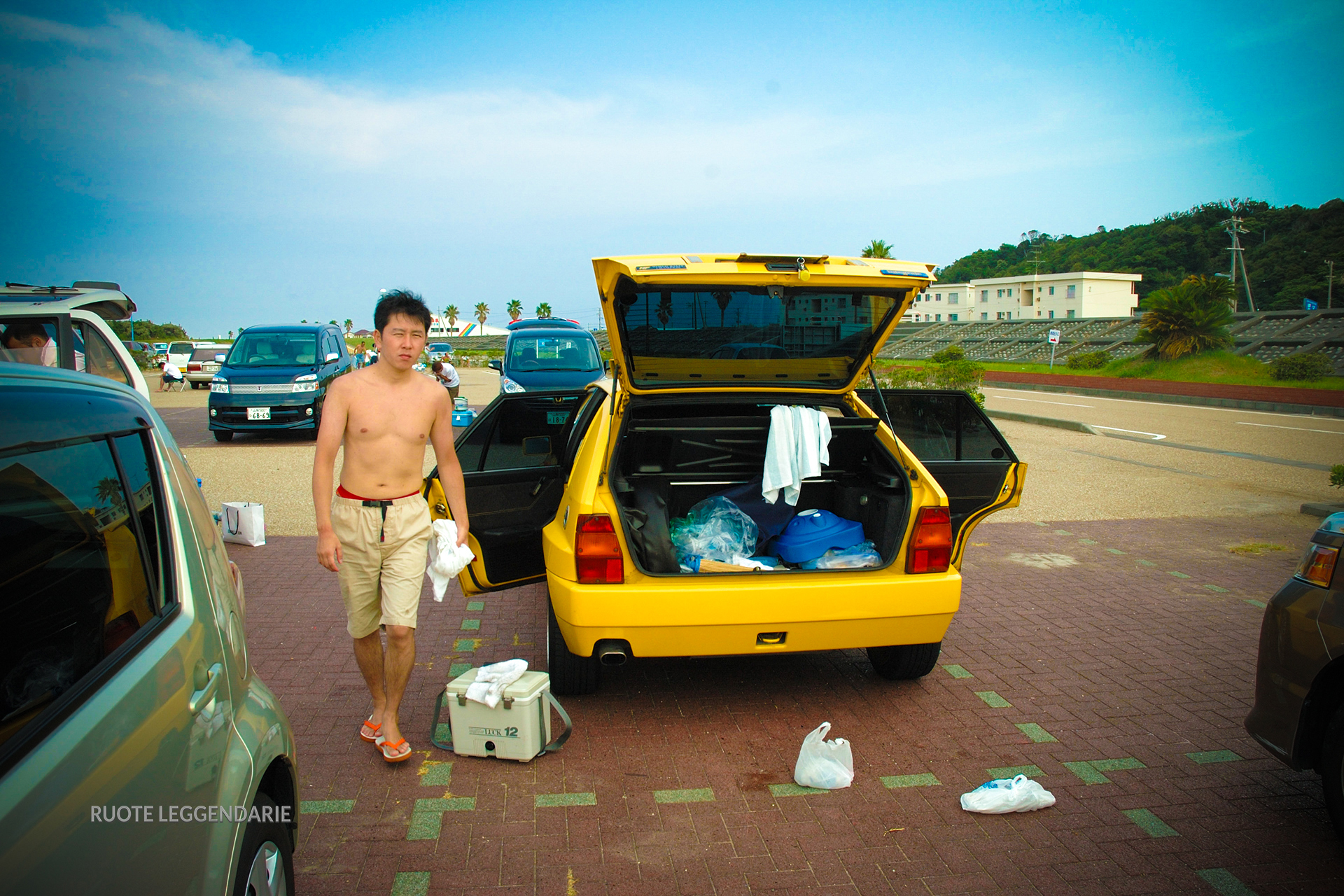 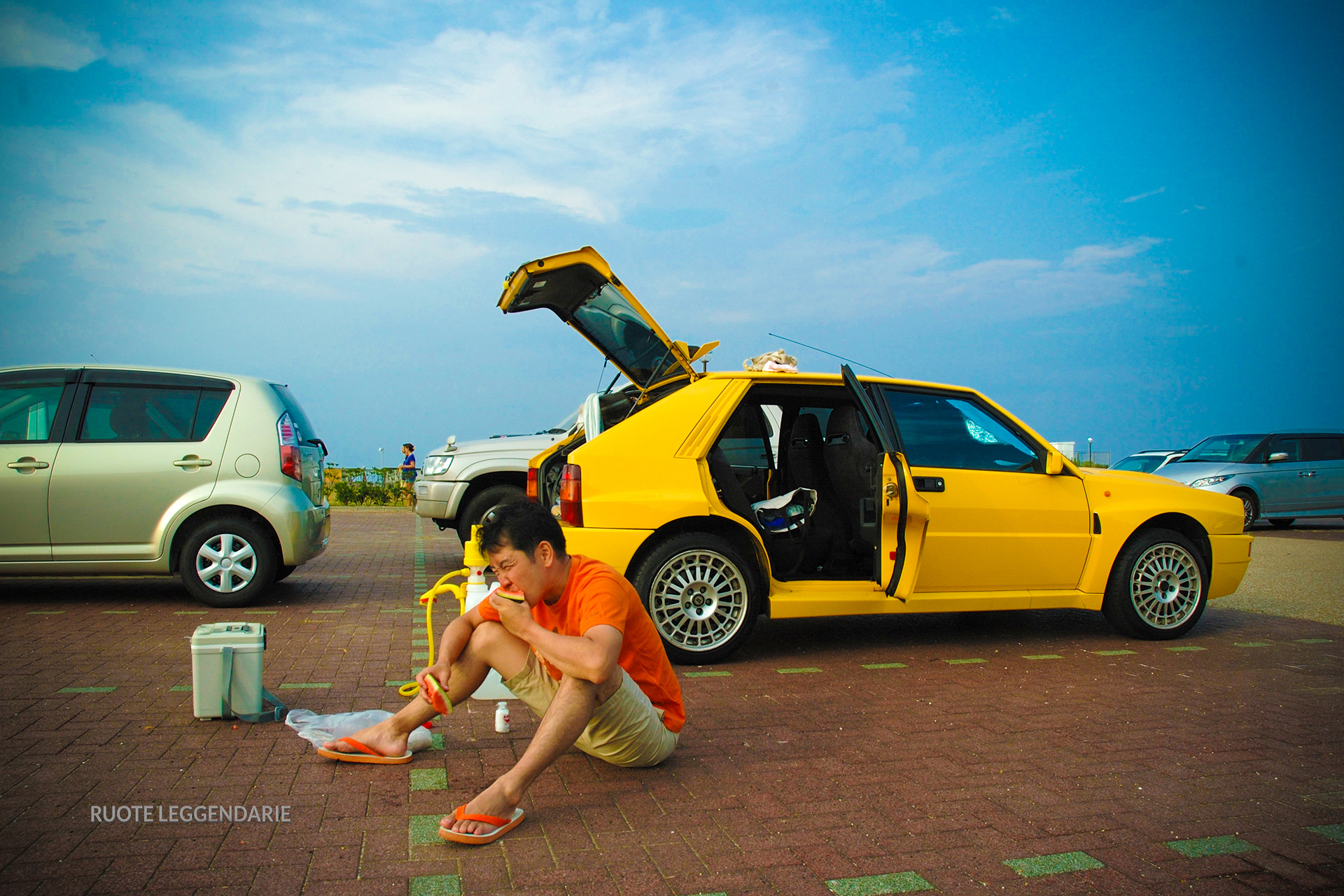 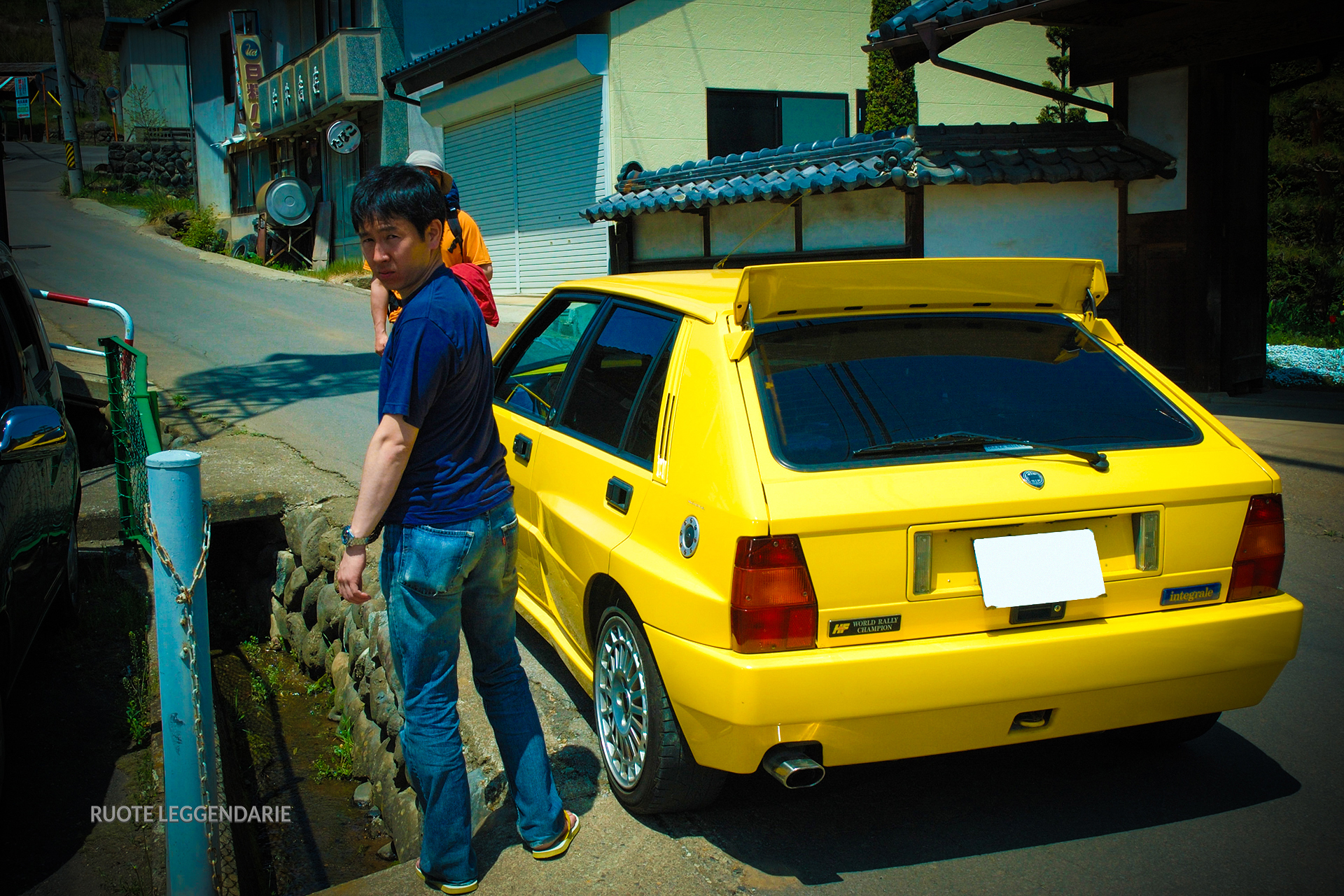