In my last article I wrote about how Ritmo, who drives a Fiat Ritmo, got her name and what it was like to get her Fiat Ritmo. This time I want to write about the repairing and maintaining story of her beloved Ritmo and what she wants to do with Ritmo in the future. 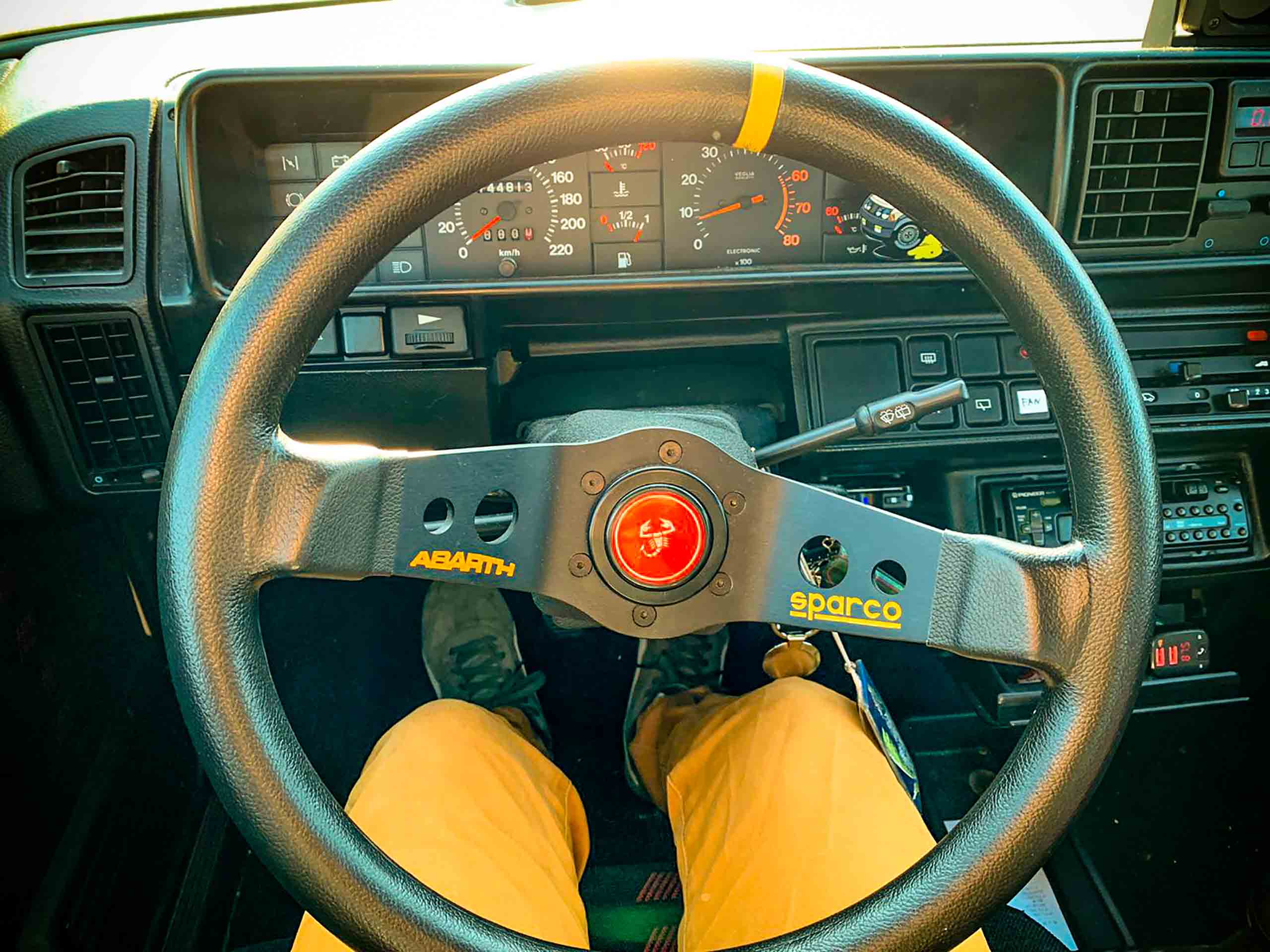 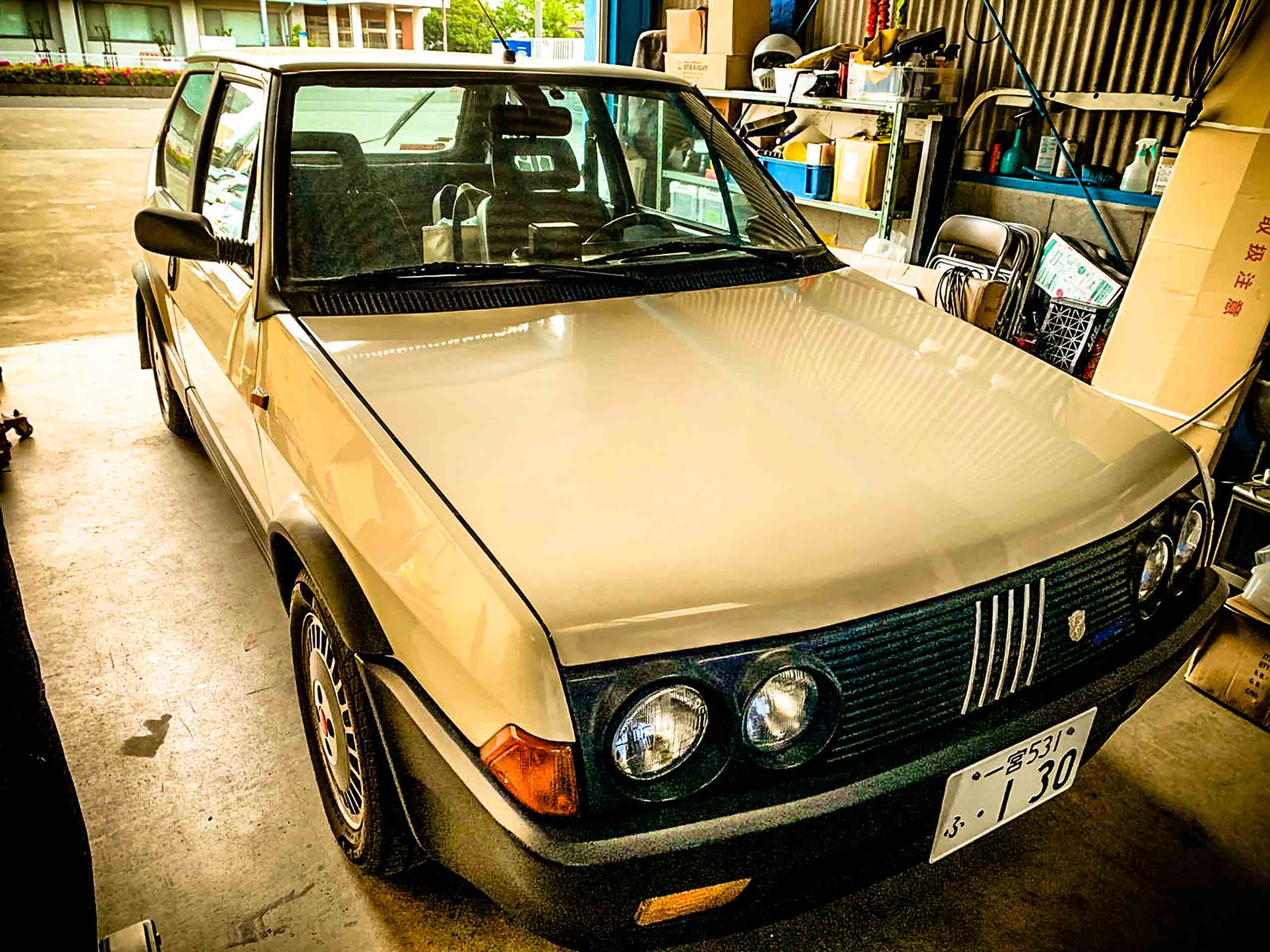 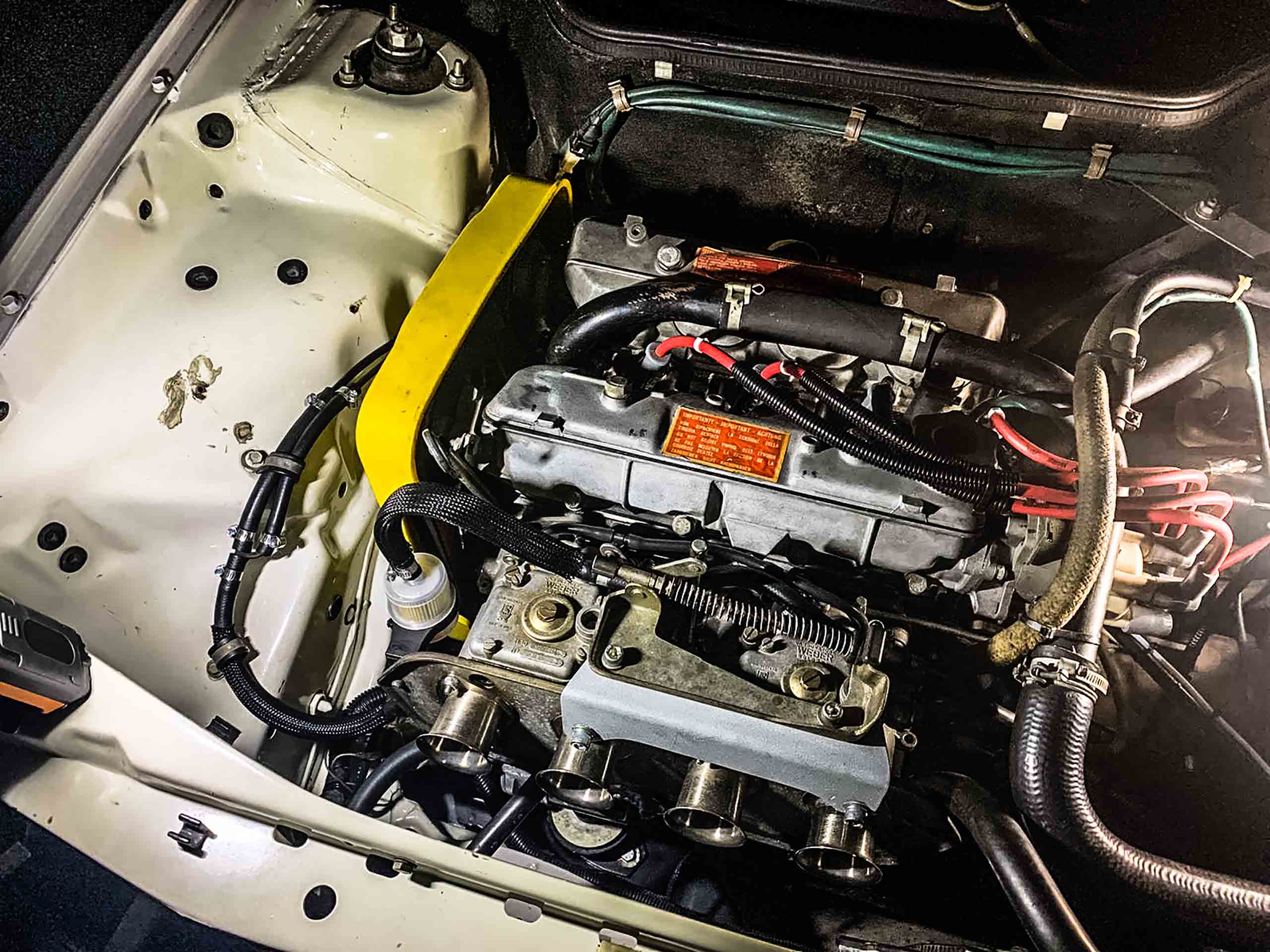 In the first year or so after she bought the Ritmo, she had a lot of problems, and she had to repair it, but it seems to be in good condition now. When I asked her what kind of repairs and maintenance she had done, she told me that there were about 20 major ones. If it were me, I’d have given up already, but her love for Ritmo made her get through.

Let’s take a look at some of the problems she had and the repairs and maintenance she has carried out.
– Coolant leak from radiator: one-off rebuilt of the oil cooler
– Fuel leak at the connection between fuel tank and fuel outlet: replaced the rubber parts
– Fuel pump failure (3 times): it was replaced with a new and genuine fuel pump twice but both failed after about 6 months: then it was replaced with a Japanese NISMO electromagnetic fuel pump.
– carburetor was not adjusted well: overhauled the carburetor and cleaned the jets
– changed the rack and pinion to a new one
– rear light cracked due to deterioration: changed it to a new reproduced part.
– Remaked plug cord: modified and installed a generic product.
– The glass surface of the headlight fell off and broke due to deterioration of the adhesive while driving: installed headlights of Lancia Delta, but they also fell off and broke due to deterioration of the adhesive: Only the glass surface of the headlight made by Koito was filled with silicone, although the size was different.
– Oil leaked from the distributor rotor, misfired and engine stopped: replaced the distributor seal
– Replaced the front lights with LEDs to reduce power consumption and to make them brighter.
– The original wipers did not have enough area to cut the water, so the entire plaid was replaced with larger wipers.
– Painted the rusted triangular windows and discoloured parts.
– Exhaust leaked from muffler → welded and fixed, but exhaust still leaked from the side, so the muffler had to be rebuilt.
– Broken framework inside the doors: both were redone and repaired.
– Originally it has a beautiful press line from the side, but it was fallen: adjusted the fitment and the fallen press line have been re-aligned.
– Rust on rear floor: rustproofed, steel plate applied, welded and then painted.
– Small rust on left and right door: removed inner lining, rust-proofed and painted.
– Rewiring of the audio system.
– Water was entering in the car through the rear window: replaced the window frame rubber to a new one.
– changed the steering gearbox
– Tie rod ends replaced 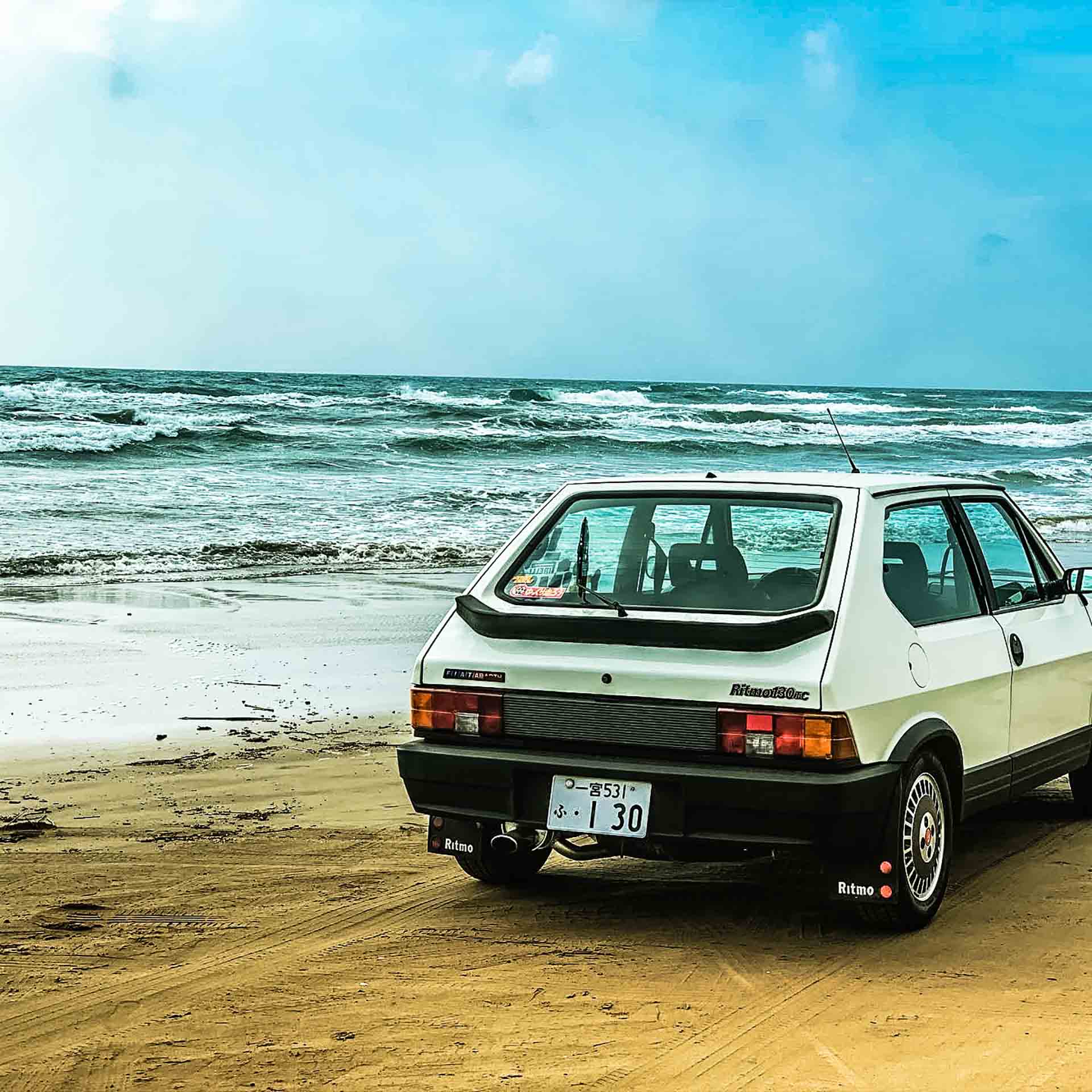 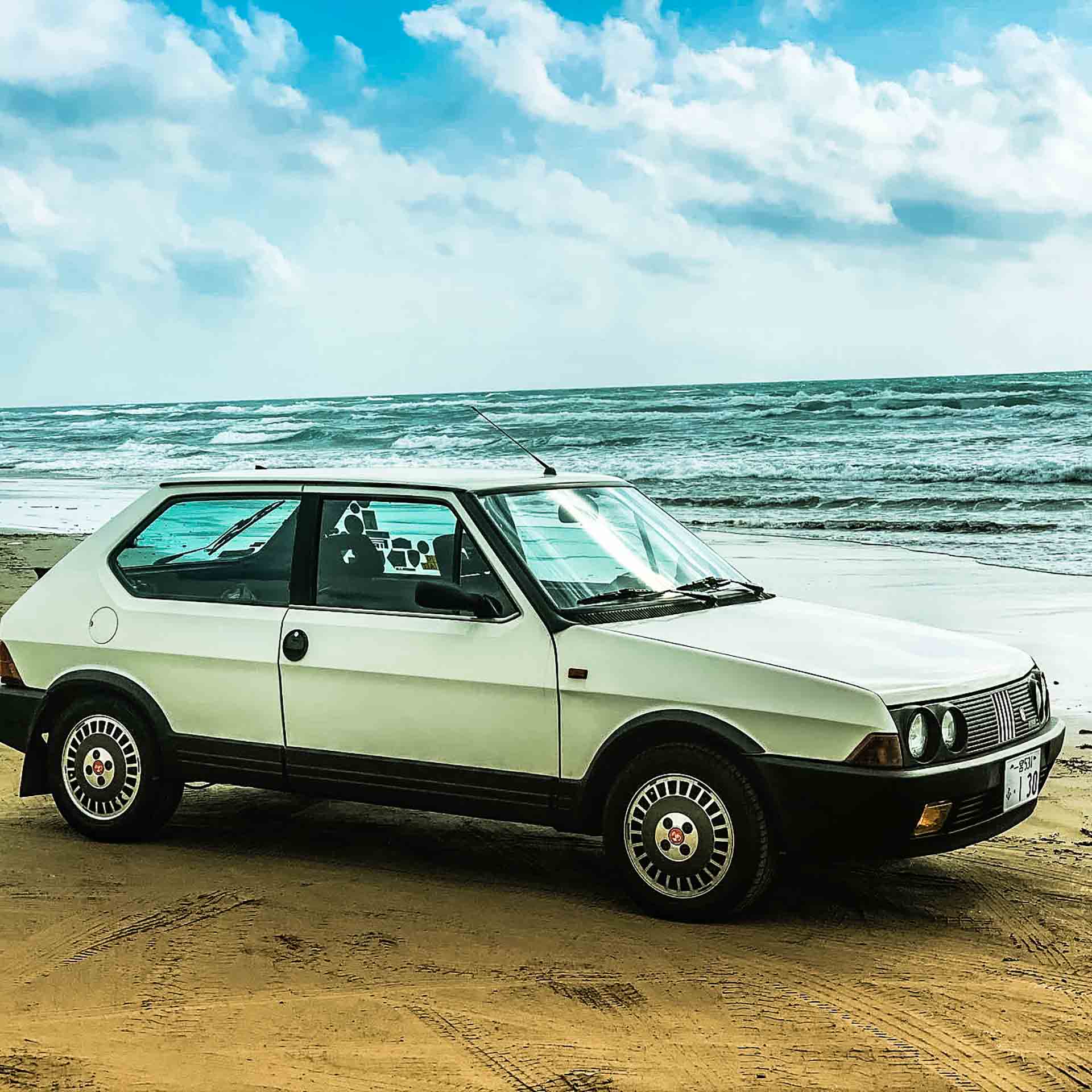 These are the main issues that she had to deal with, and there are many more to be mentioned. Some Ritmo owners may say that they have done the same kind of repairs and maintenance, too.

Other things she does for regular maintenance are:
– Oil change every 2000 km
– Adjustment of the carburetor when changing the seasons
– Wheel alignment if necessary
– Checking the remaining quantity of various supplies, etc.

In the future, she is thinking of redoing the harness, reinforcing the bodywork (spot), engine OH and transmission OH, although this will take time and money. 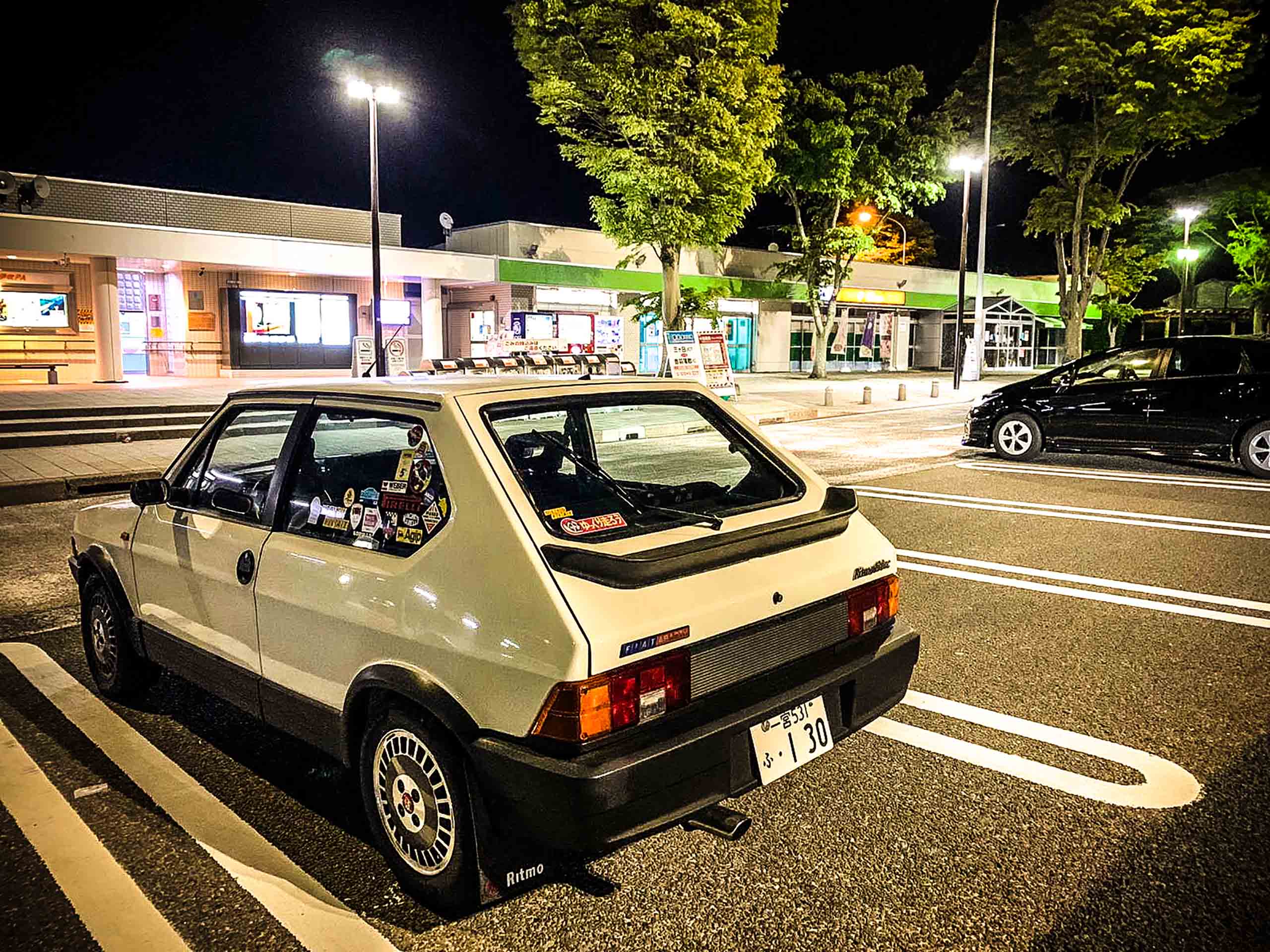 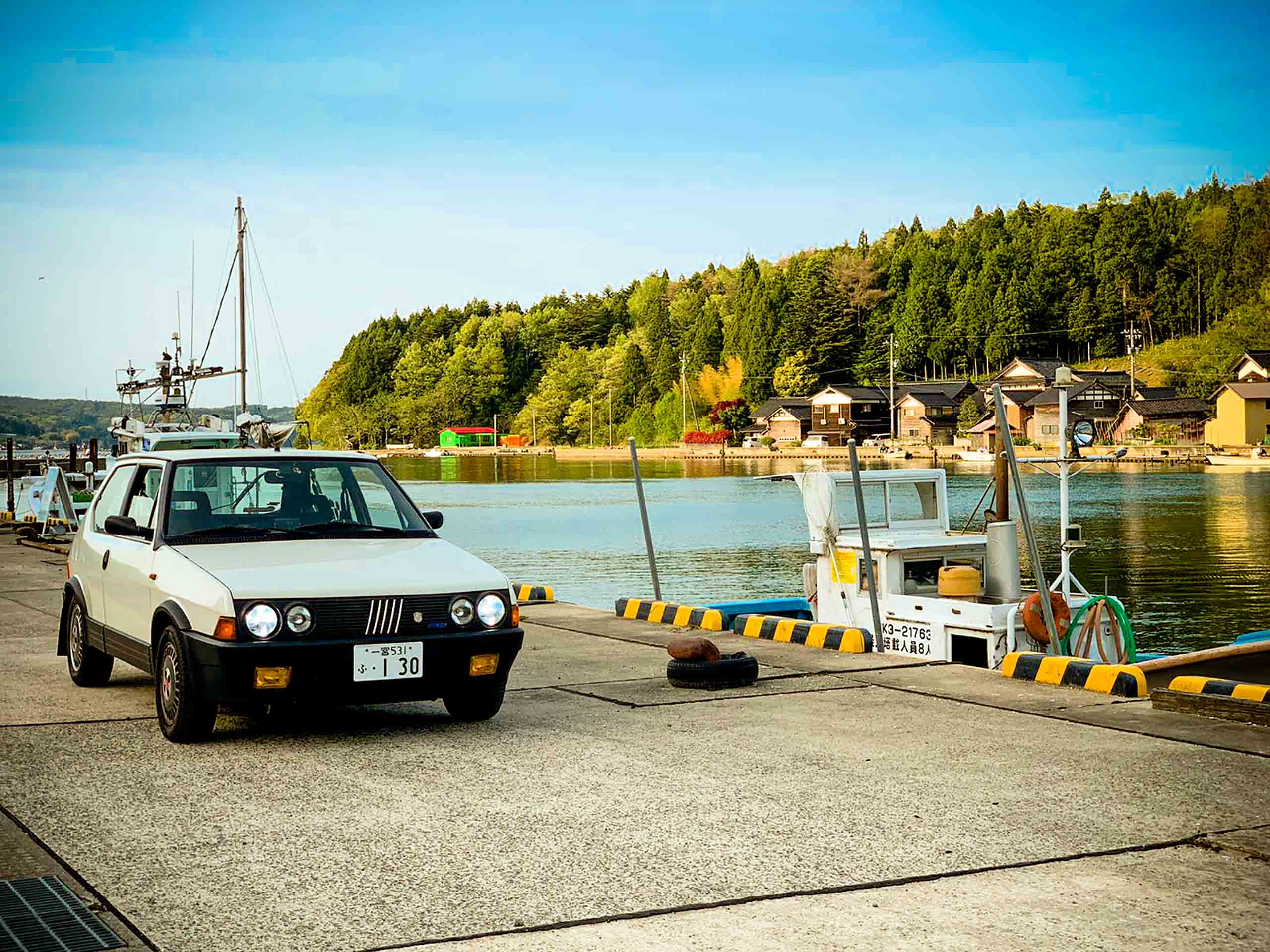 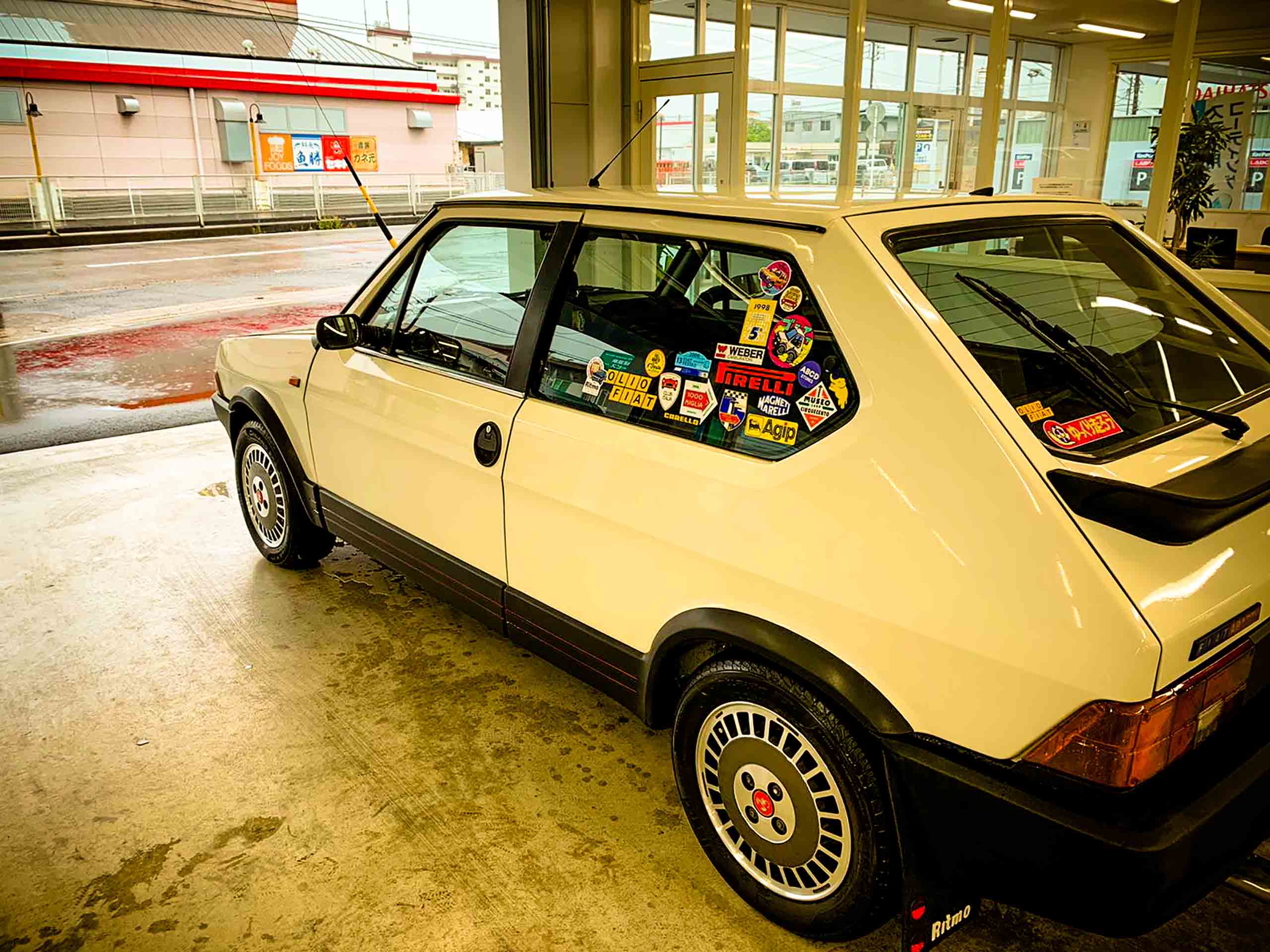 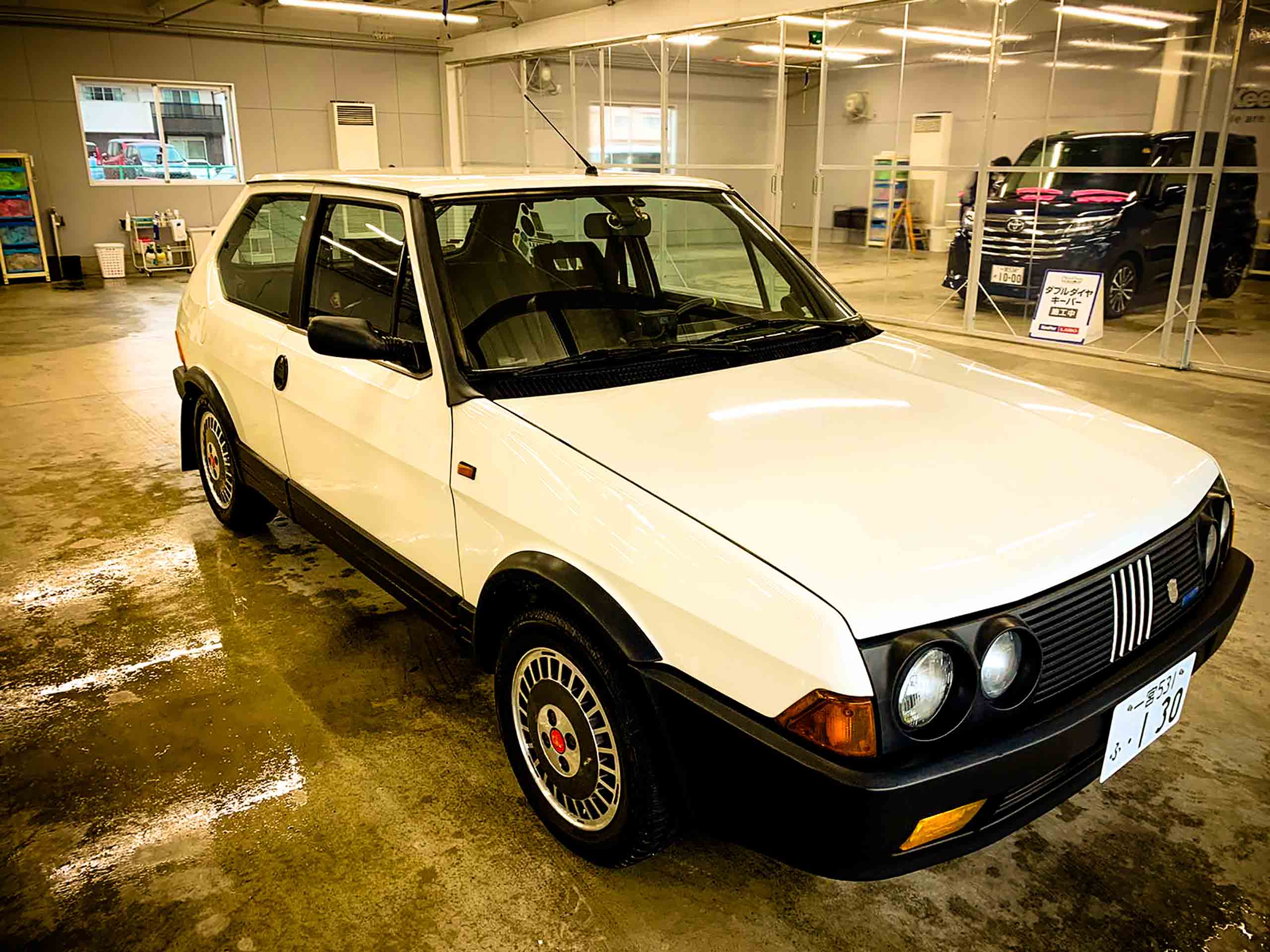 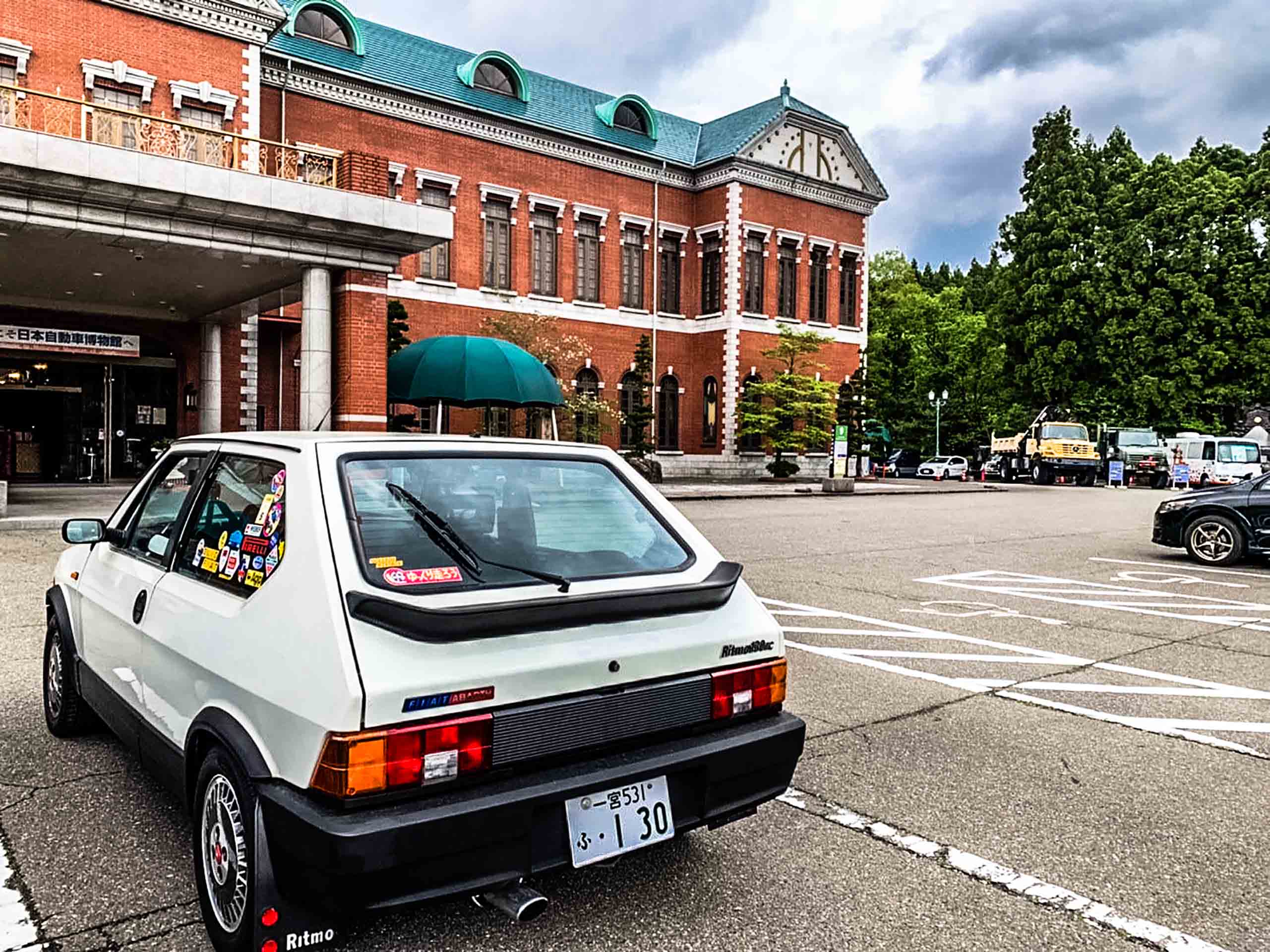 The person at the workshop she always trusts with her Ritmo is the person who was working at her father’s workshop. She says that when she leaves Ritmo with him, she tries to be there to learn as much as possible from him and helps him with what she can, so that she will be able to do as much as possible on her own. She can change the oil, tyres and simple electrical systems by herself.

Her Ritmo was a car that had travelled 130,000 km in Turin, Italy, and by chance came to her in Japan. She has not yet left Japan, but one day she would like to visit Turin, where her Ritmo used to run, to see what the city is like, whether the cobblestones are really there, whether the old cars still run through the streets, and where the Ritmo used to run. She also wants to tell the ex owner in Turin that the Ritmo is running well in Japan. She also has a big dream of one day taking her Ritmo to Italy and driving around Italy, if time and money allow. Just imagining what it would be like for her to do any of these things makes me feel as happy and warm as if it were me. This will not only allow her to experience the various cultures of Italy, but will also give her the chance to experience one of the great charms of Italy: the people-to-people relationships. 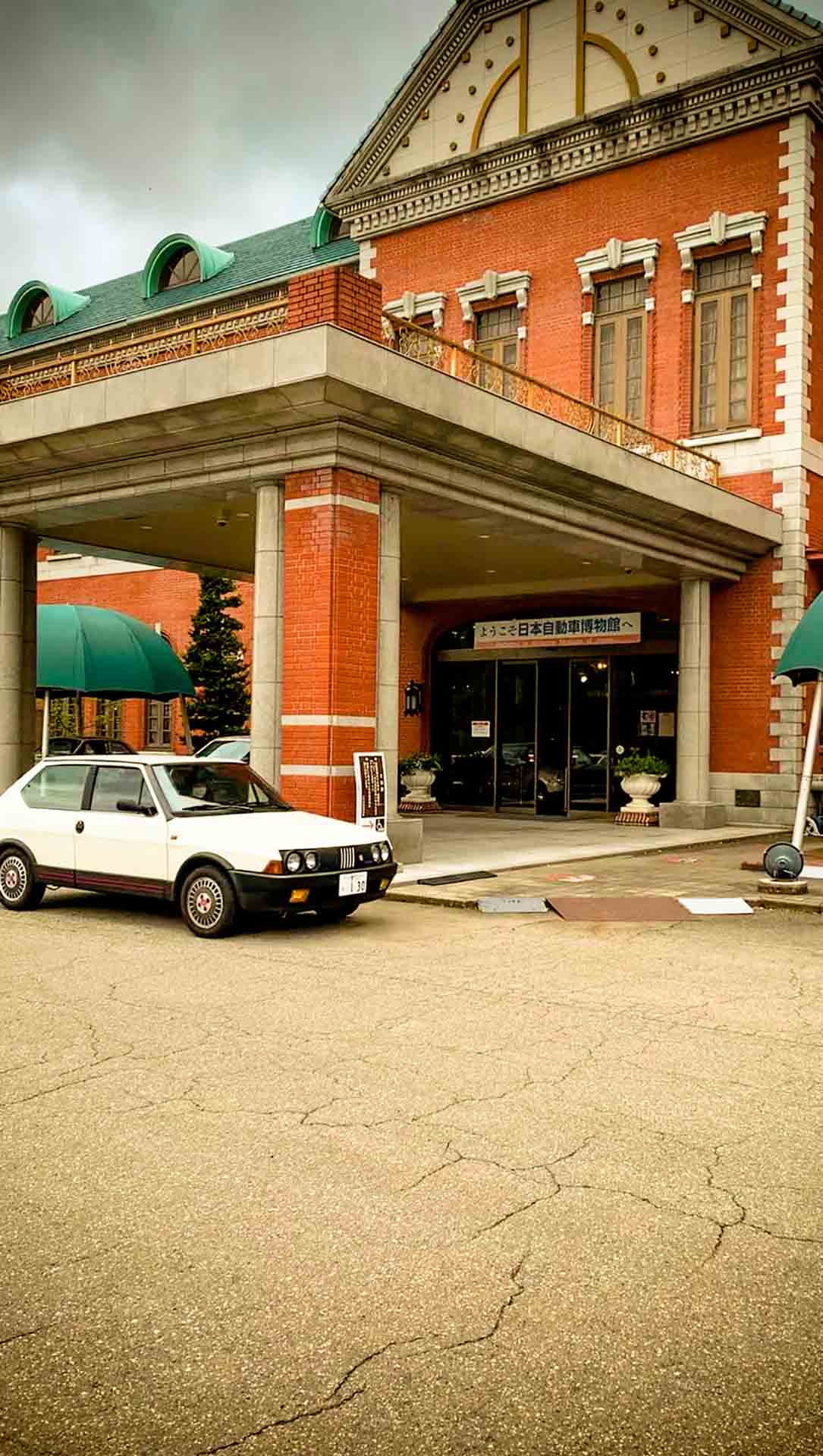 Ritmo likes cars in general and I asked her what kind of cars she is interested in. The cars she is interested in, if she doesn’t consider the function aspects, are mostly Italian cars. The Lancia Delta has been familiar to her since she was a child, and she loves the way it looks, especially the rear. And she would like to drive one if she has the chance, although she doesn’t have to get one. If that’s a Japanese car, she likes Toyota Supra A70 and Toyota Soarer GZ20. They are designed without regard to costs, which is not found in today’s cars. She also likes the profound sound generated when the door closes. She also loves the inexplicable smell of old cars in general, as it gives her a wonderful feeling of how it used to be driven from someone.

Ritmo is very active with Ritmo and participates in events where Italian cars gather in Japan, and she has won several awards. Through such occasions, she has been able to expand her network and exchange a variety of information. Once you hear of Ritmo riding a Ritmo, you are sure to be impressed. Now, through Ritmo, her circle of friends has expanded and she has made friends with many people not only in Japan, but also in Italy, UK and USA. She feels that this kind of connection is important and wants to connect new people with her circle of friends. 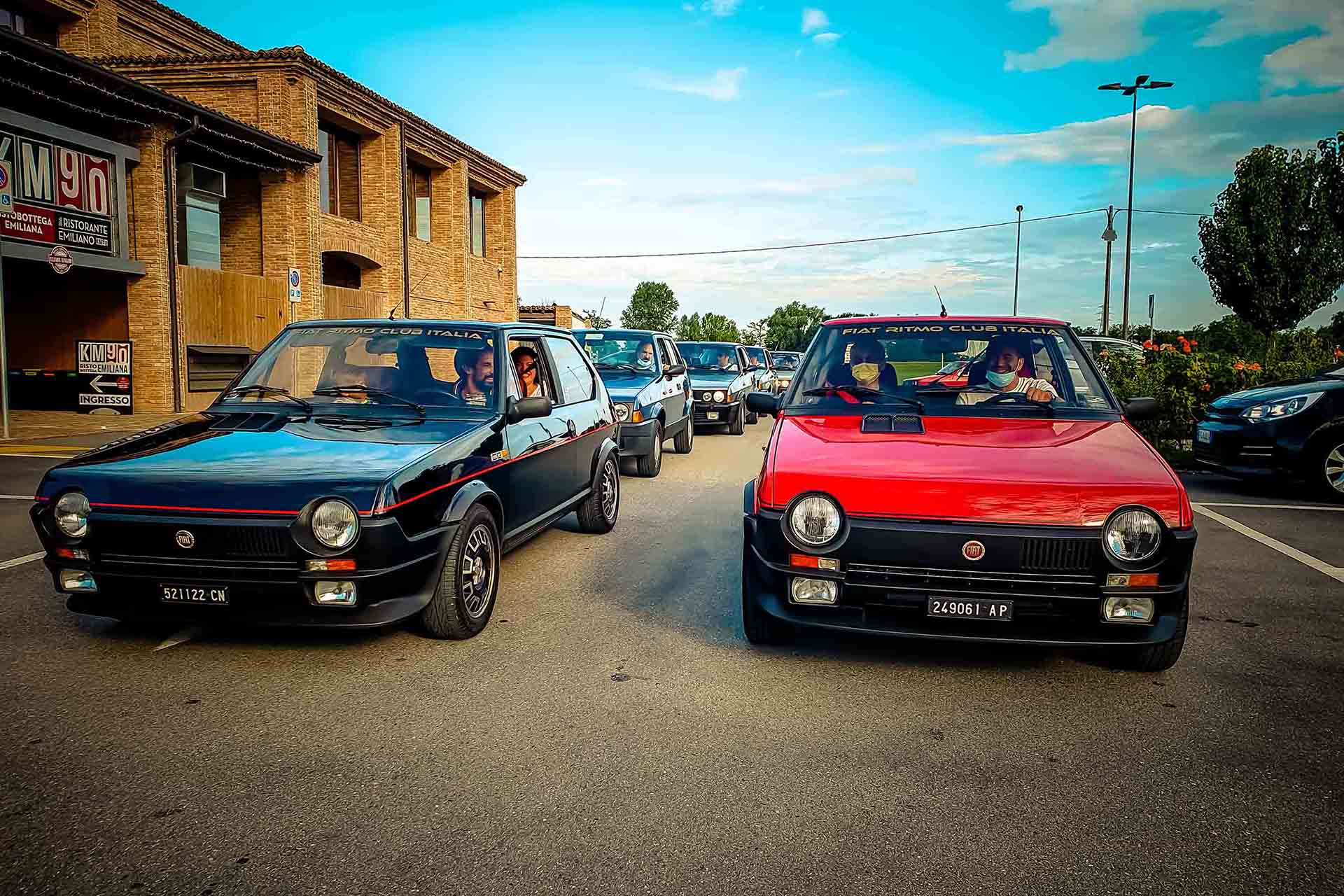 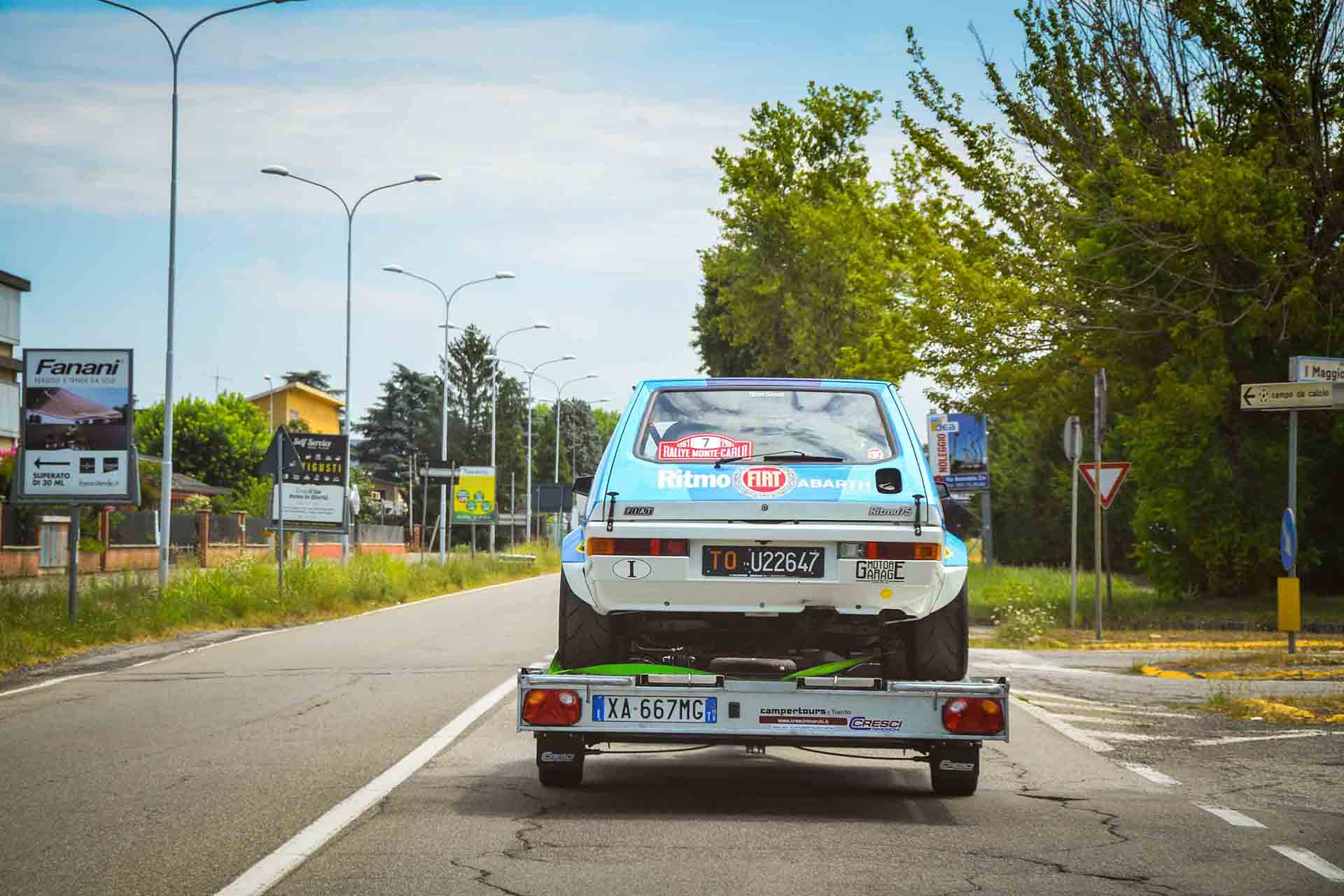 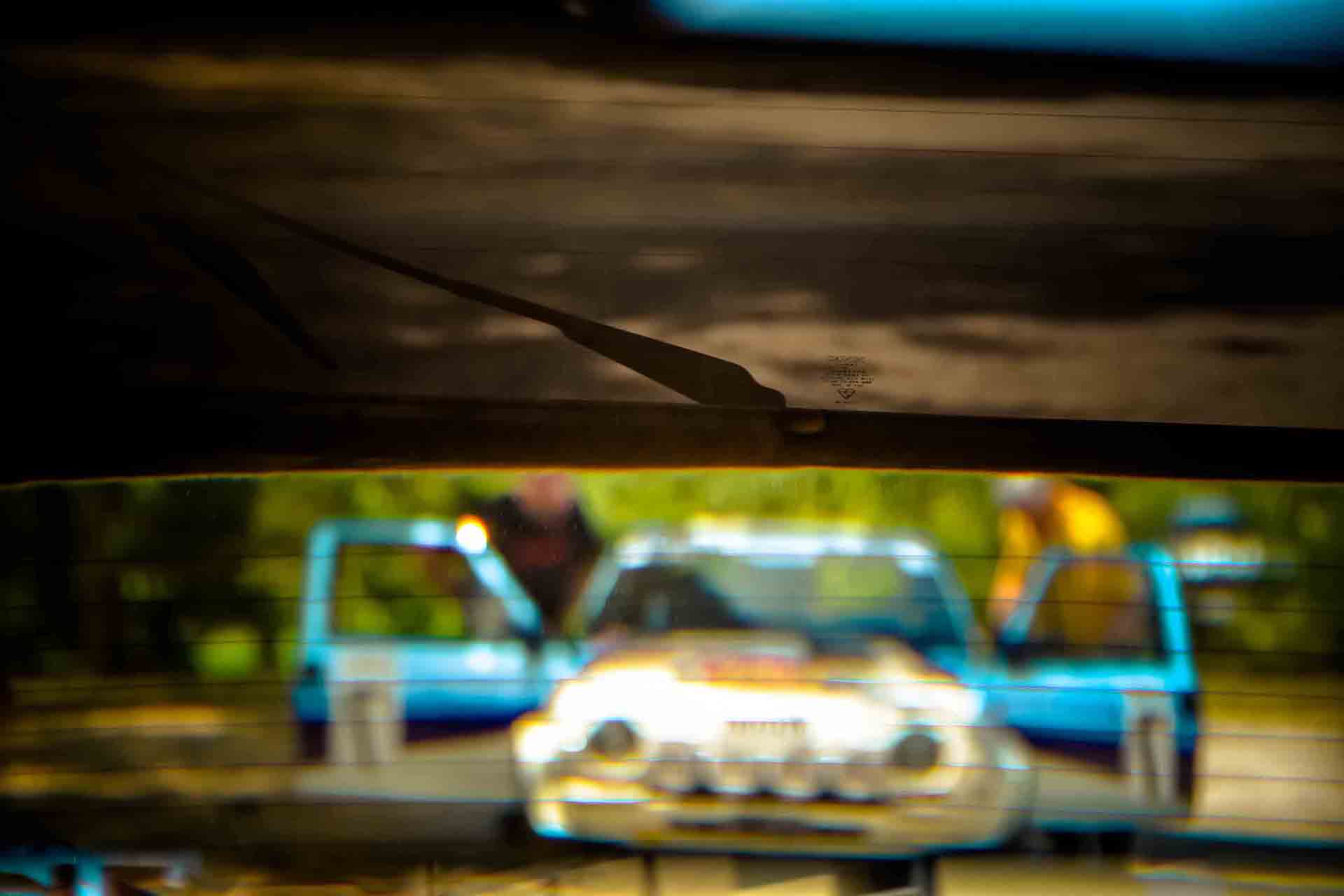 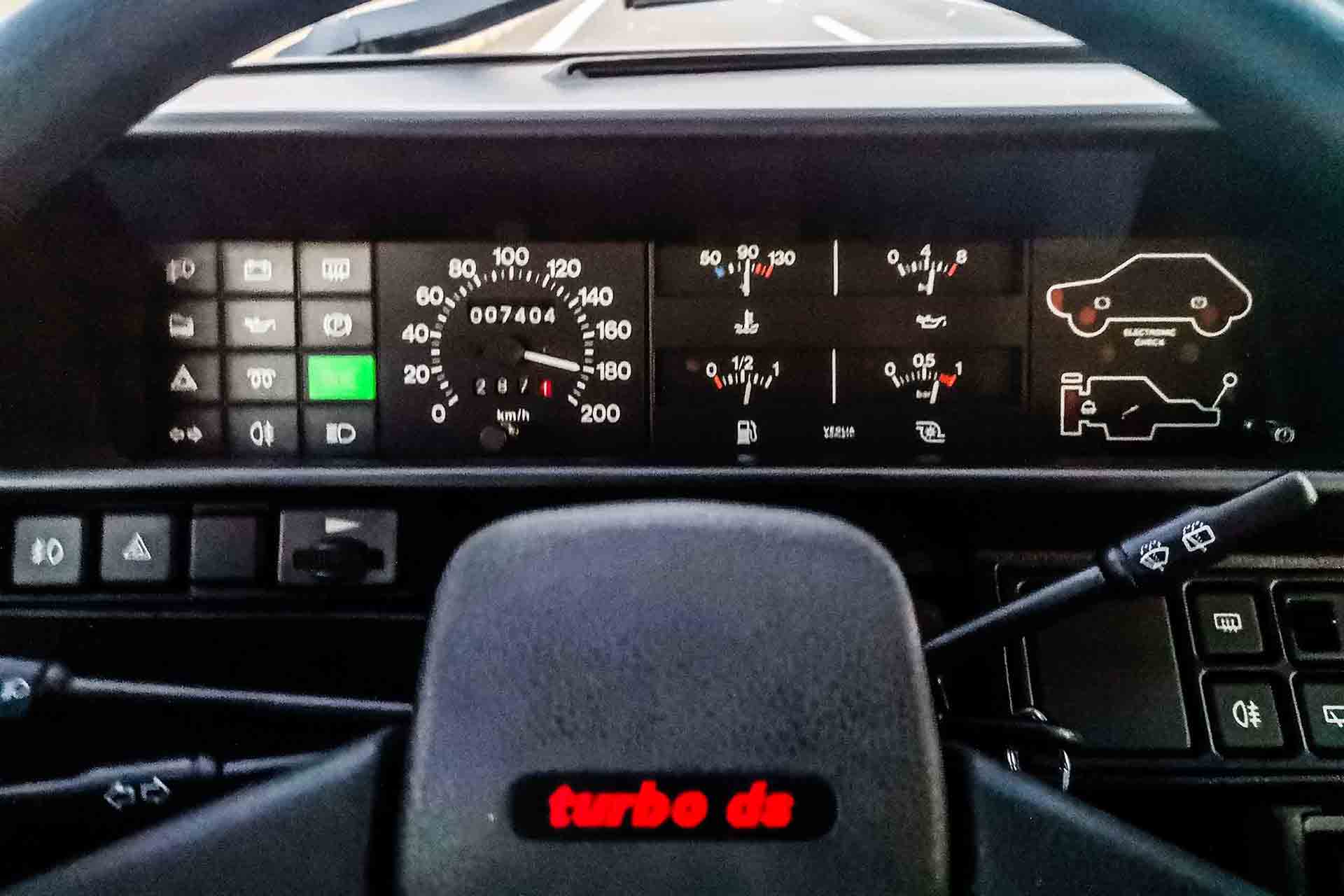 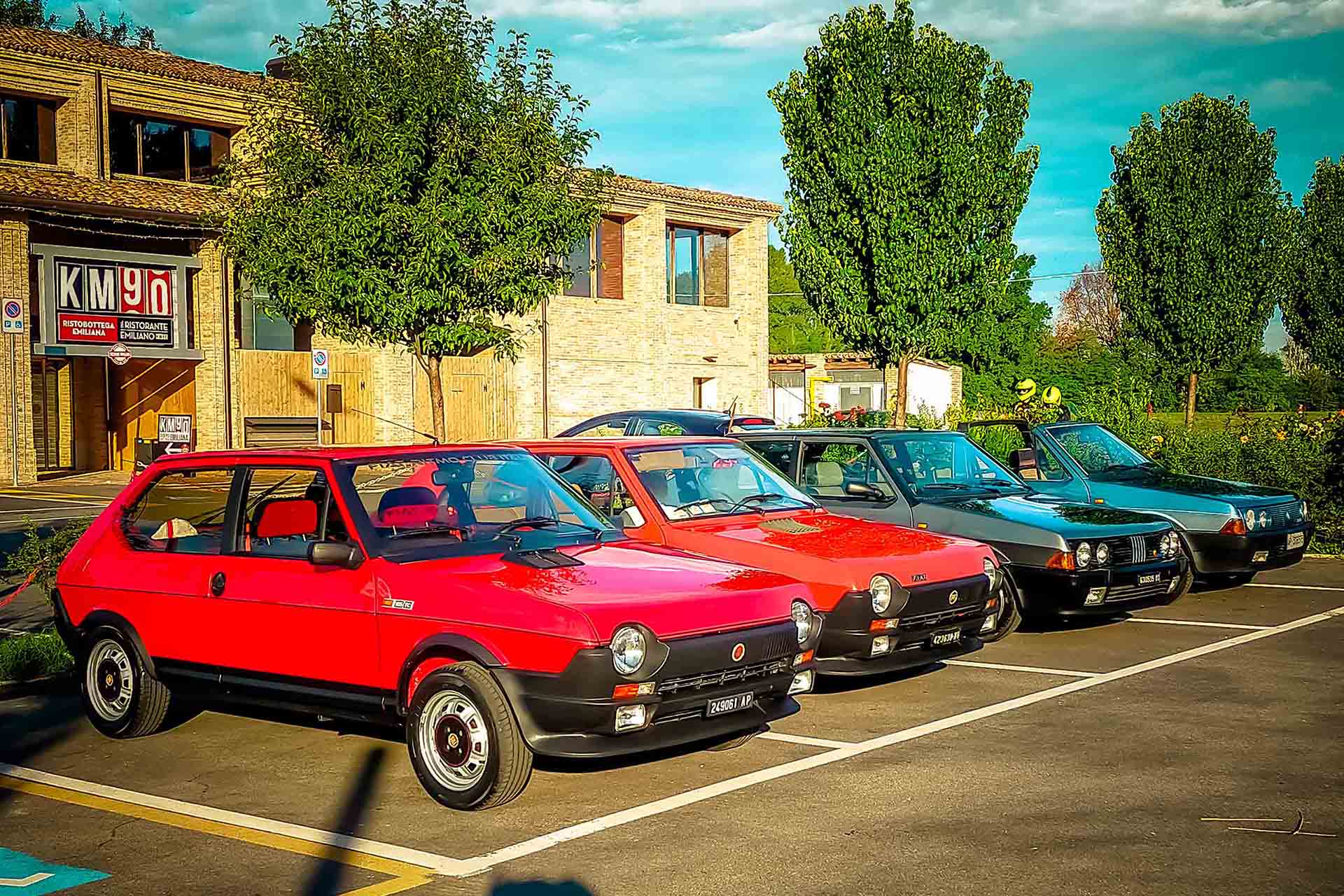 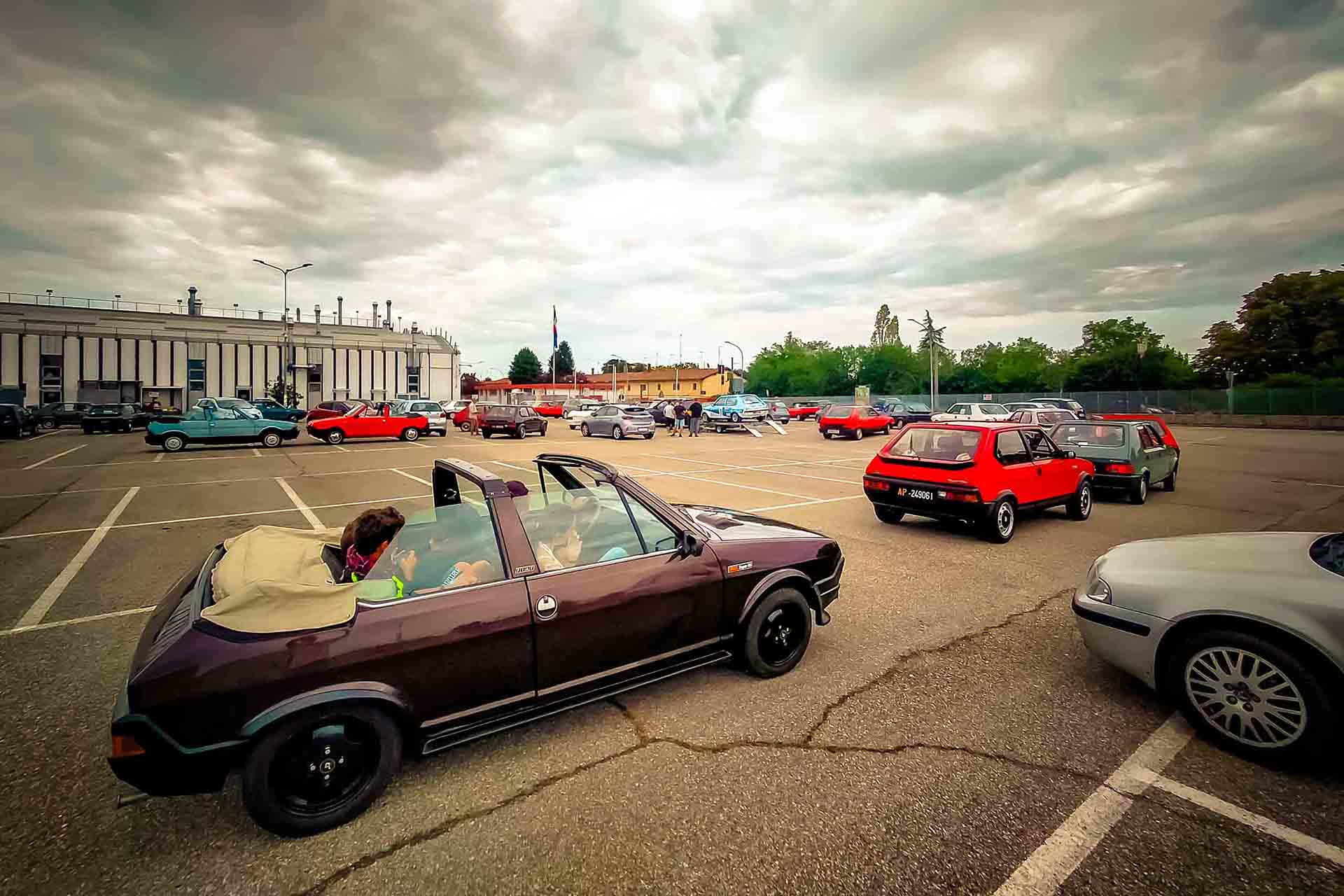 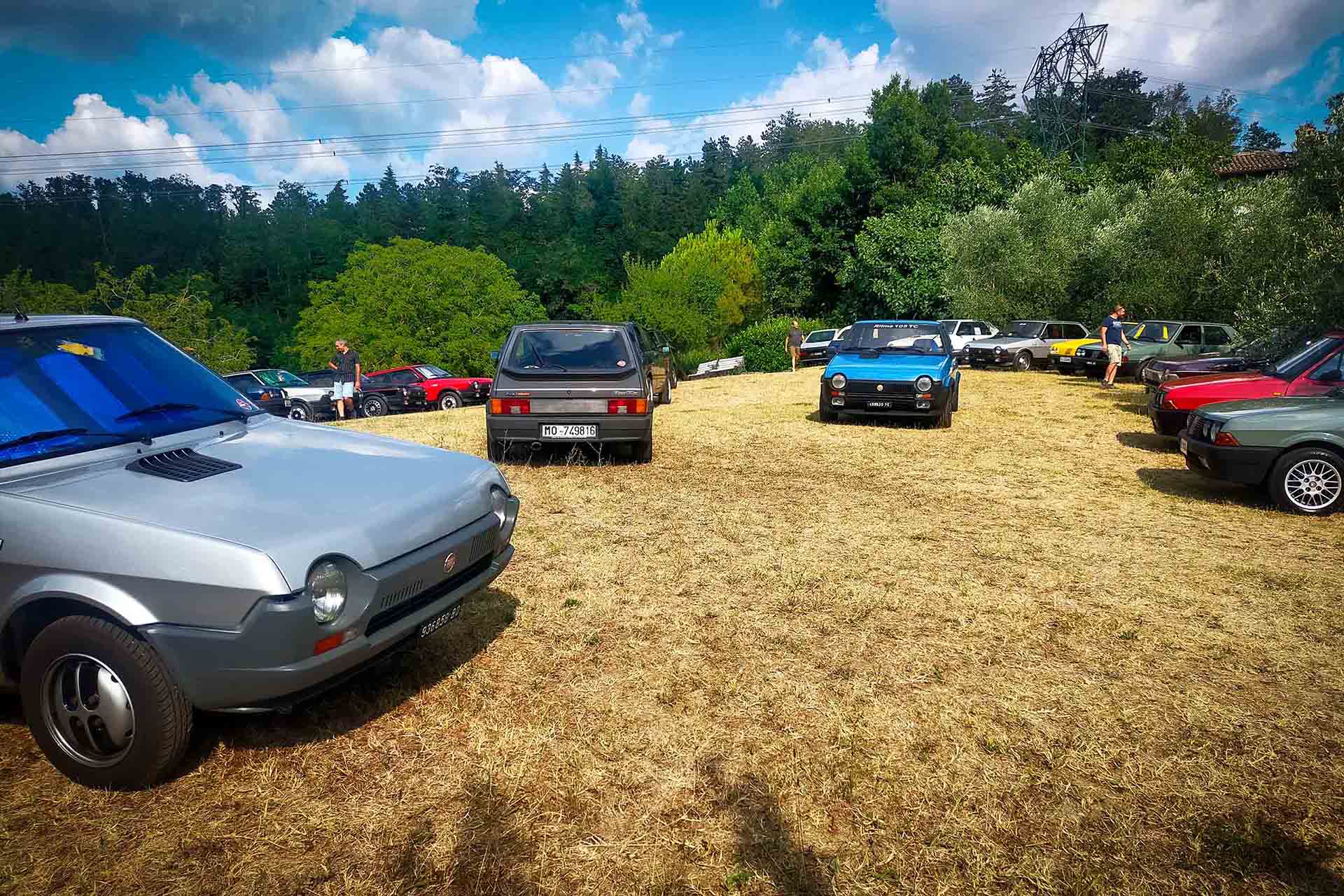 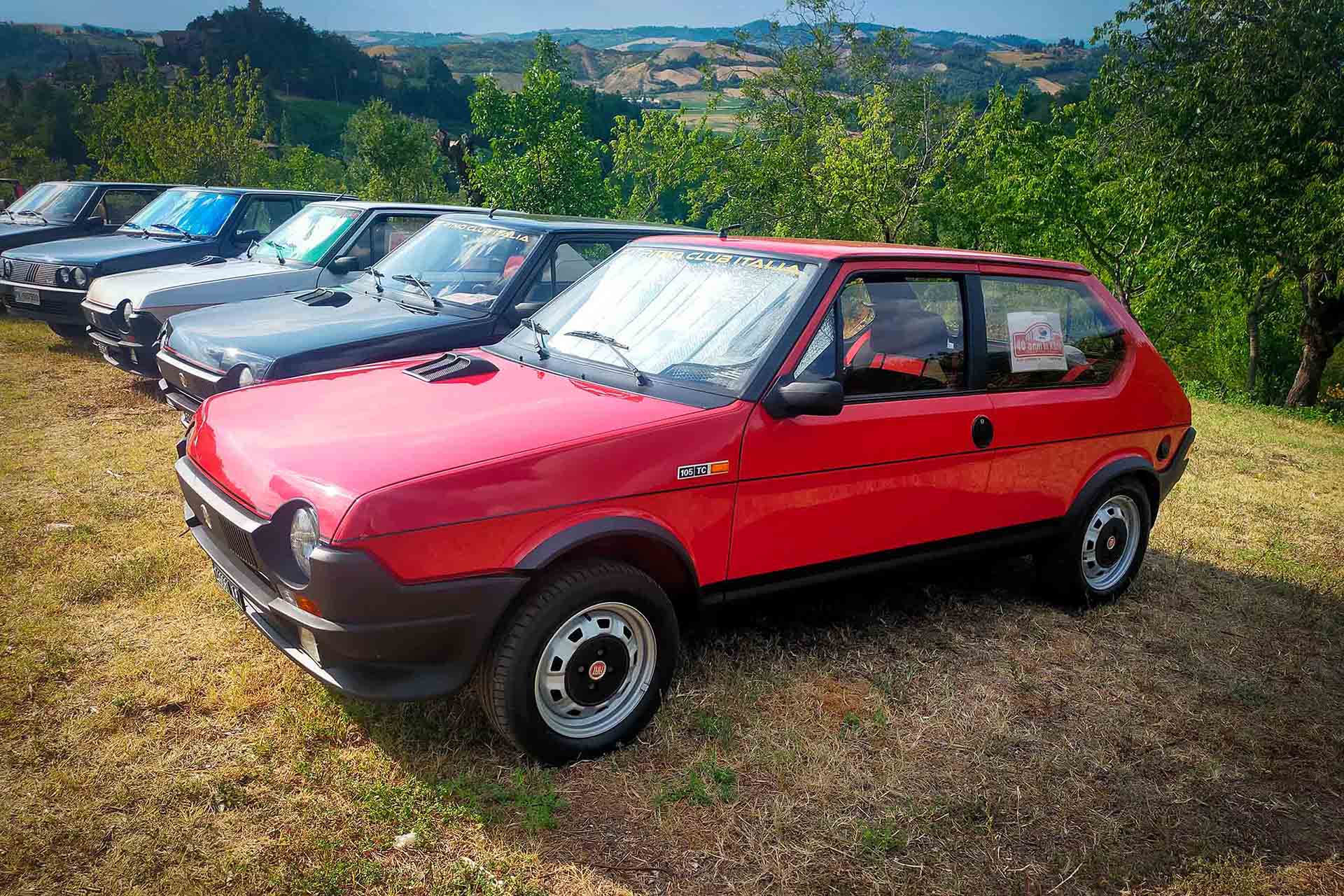 I heard that her father used to race on his Ritmo a lot, so I asked her if she ever raced on her Ritmo, too. She herself is always up for a new challenge. She had already obtained her Japanese race licence, helmet, suit, shoes, gloves, 4-point seatbelt and was due to take part in the Hachi-Kita Rally in Hyogo in July 2020. However her work and the covid-19 situation prevented her from taking part. She said that she will participate in future events when the situation allows. We are looking forward to seeing her and the Ritmo in races.

As she says, “I don’t keep my Ritmo as a collection car, I use it as a car, and I aim to keep it for a long time”, so she uses it for going for work, weekend and holiday trips. Ritmo is with her everywhere, on 800km trips in two days, on unplanned drives of a couple of hundred kilometres, or on camping, fishing or gastronomic journeys. She said there was one place she hadn’t been to with Ritmo yet. She hasn’t visited her father’s grave with Ritmo yet, so she wants to find time to go with Ritmo and tell him that “Ritmo came on Ritmo”. I’m sure her father will be very pleased looking at them.

She is full of love for Ritmo, and I am very curious to see not only what she will do in future races with Ritmo, but also the car she will choose after Ritmo. 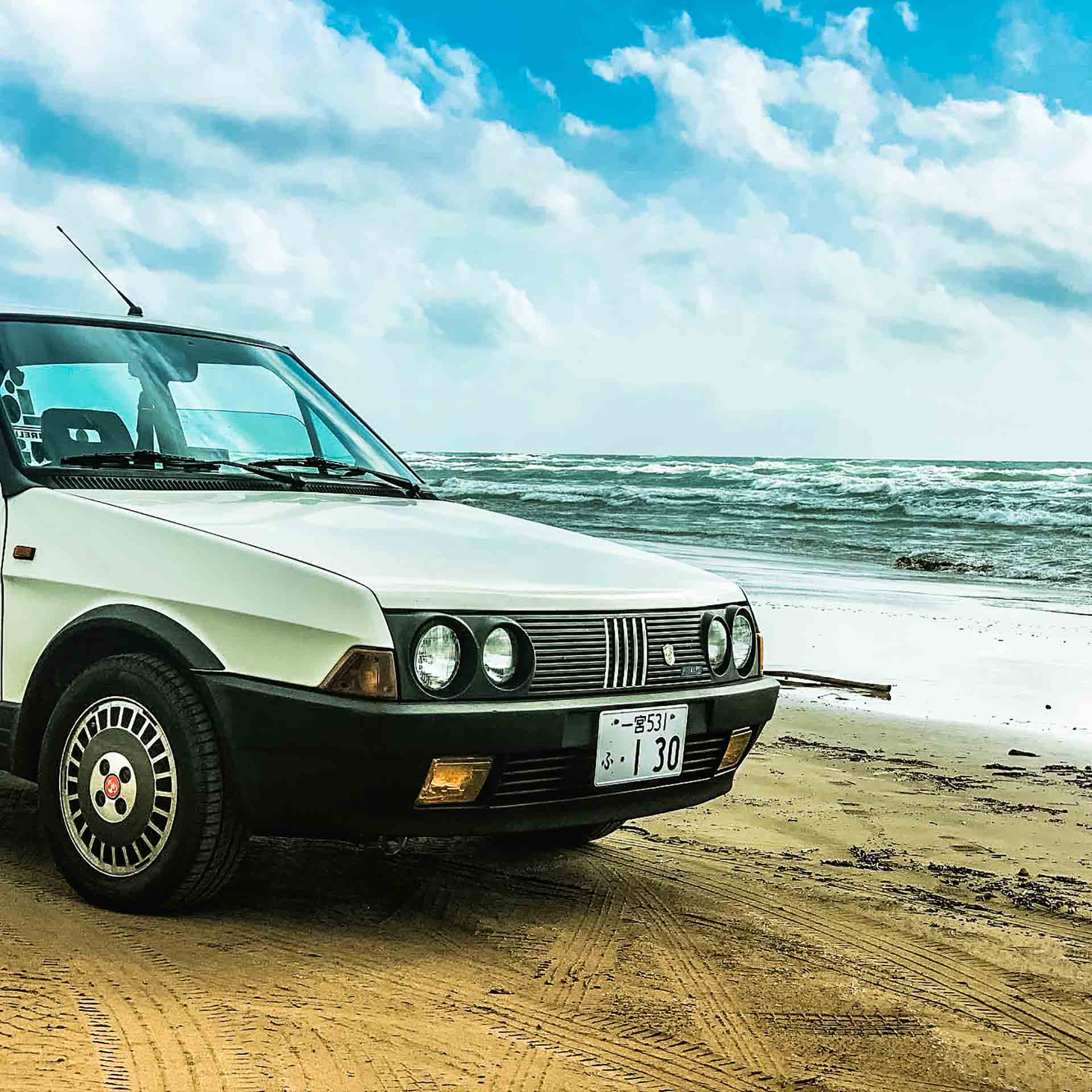