My generation is the generation in which most of the people got driving license of medium sized motorbikes soon after turning 16. And then bought a motorbike with the money earned by part-time job. It was quite natural to get a car driving license as soon as being 18 years old. 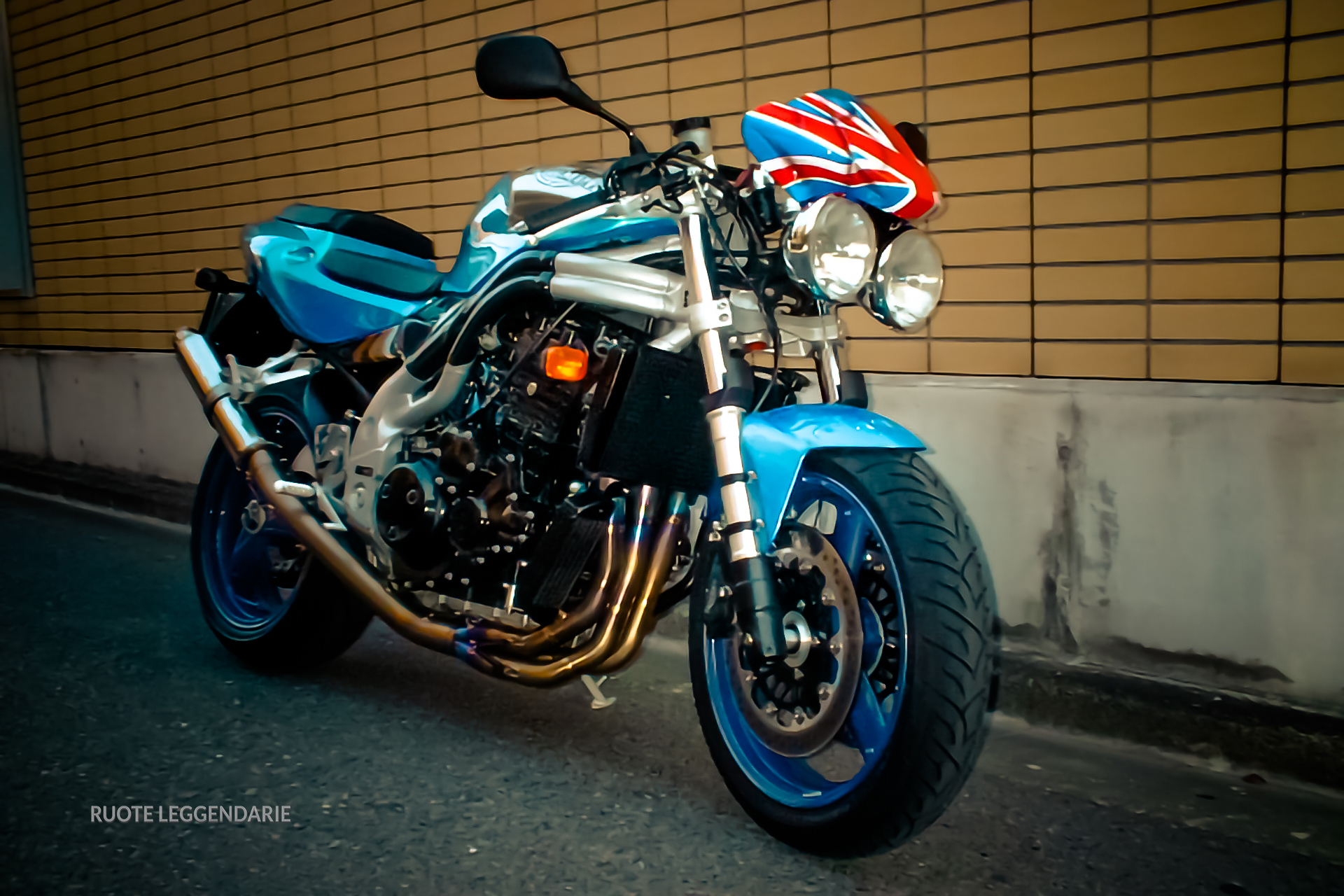 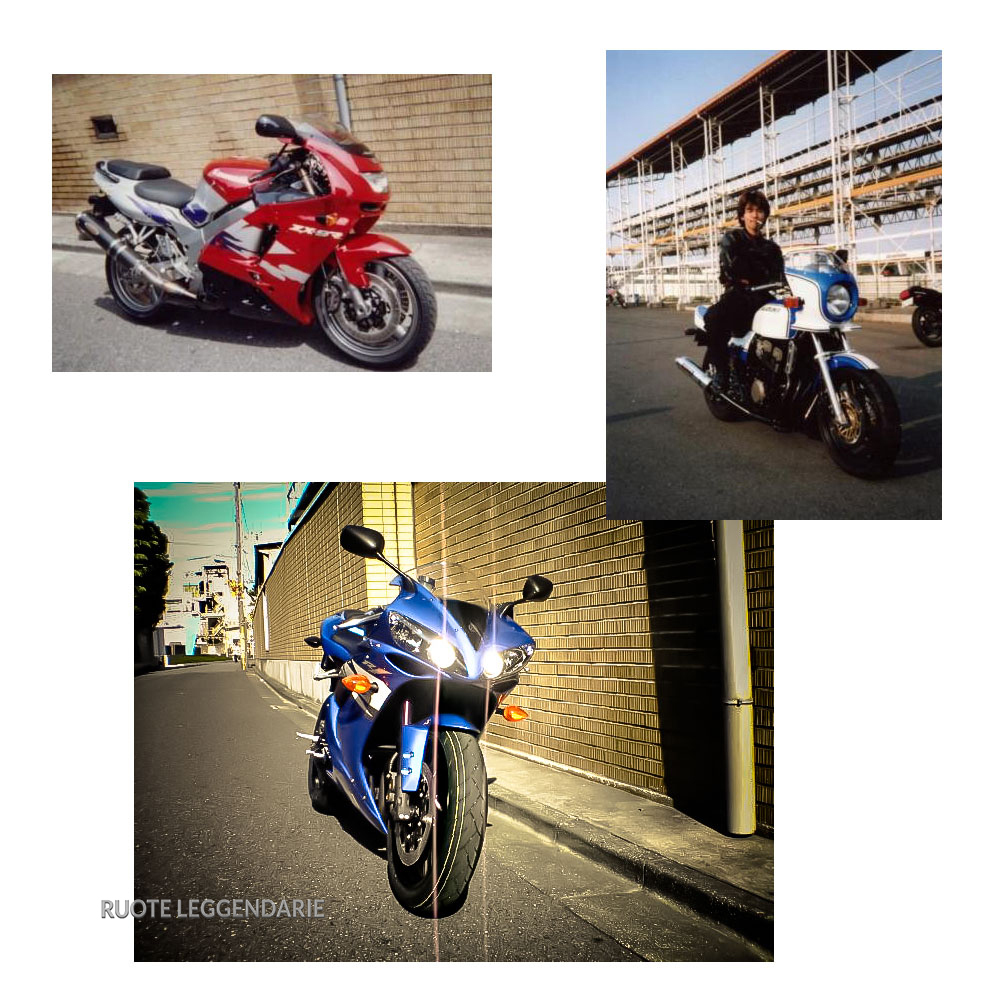 After I started to work, I bought a used car that was owned for more than 10 years (we had to have the car inspection every year after 10 years) by a senior colleague, spending some hundreds euro. At that time I was dreaming “One day I will buy a new car for me!” 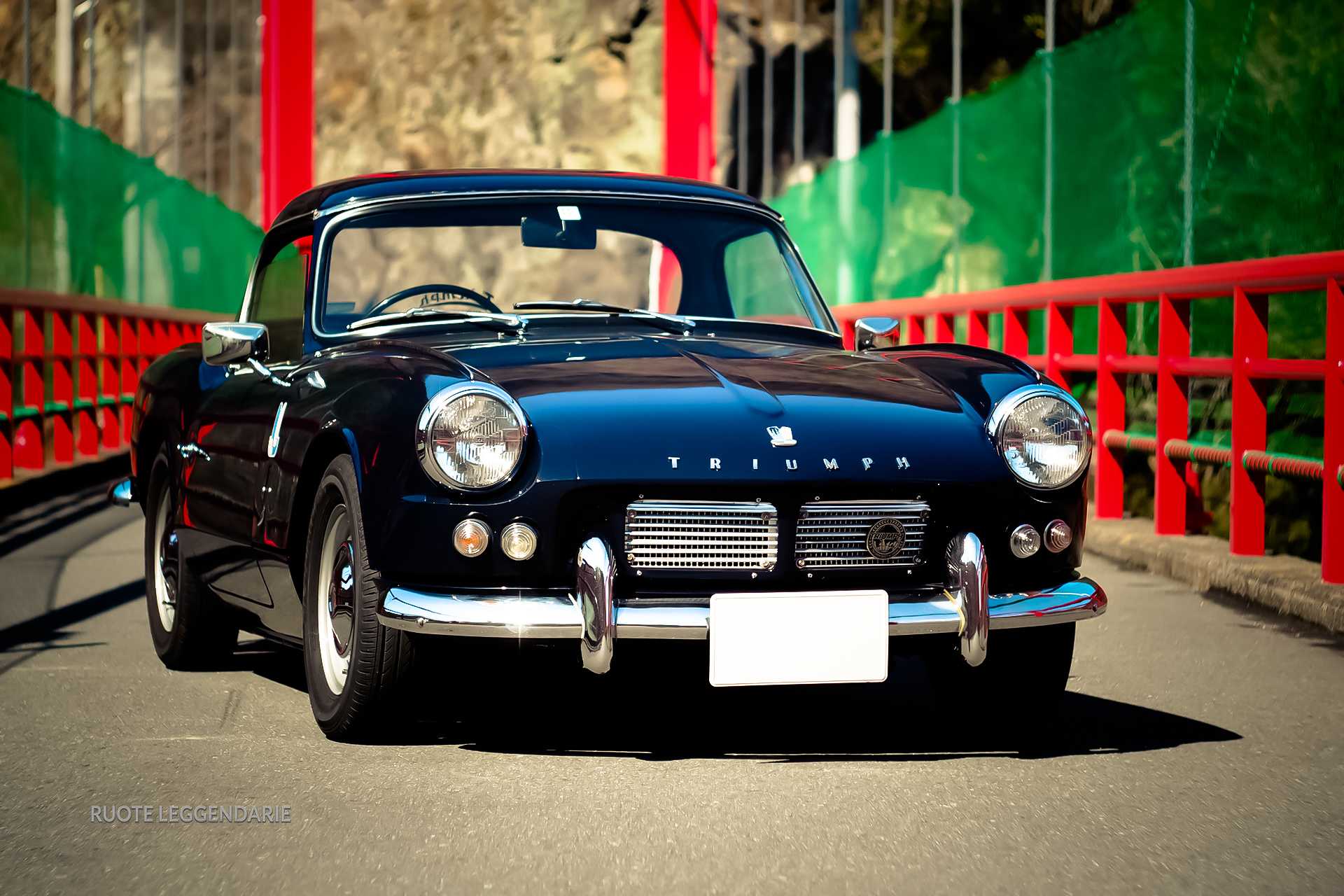 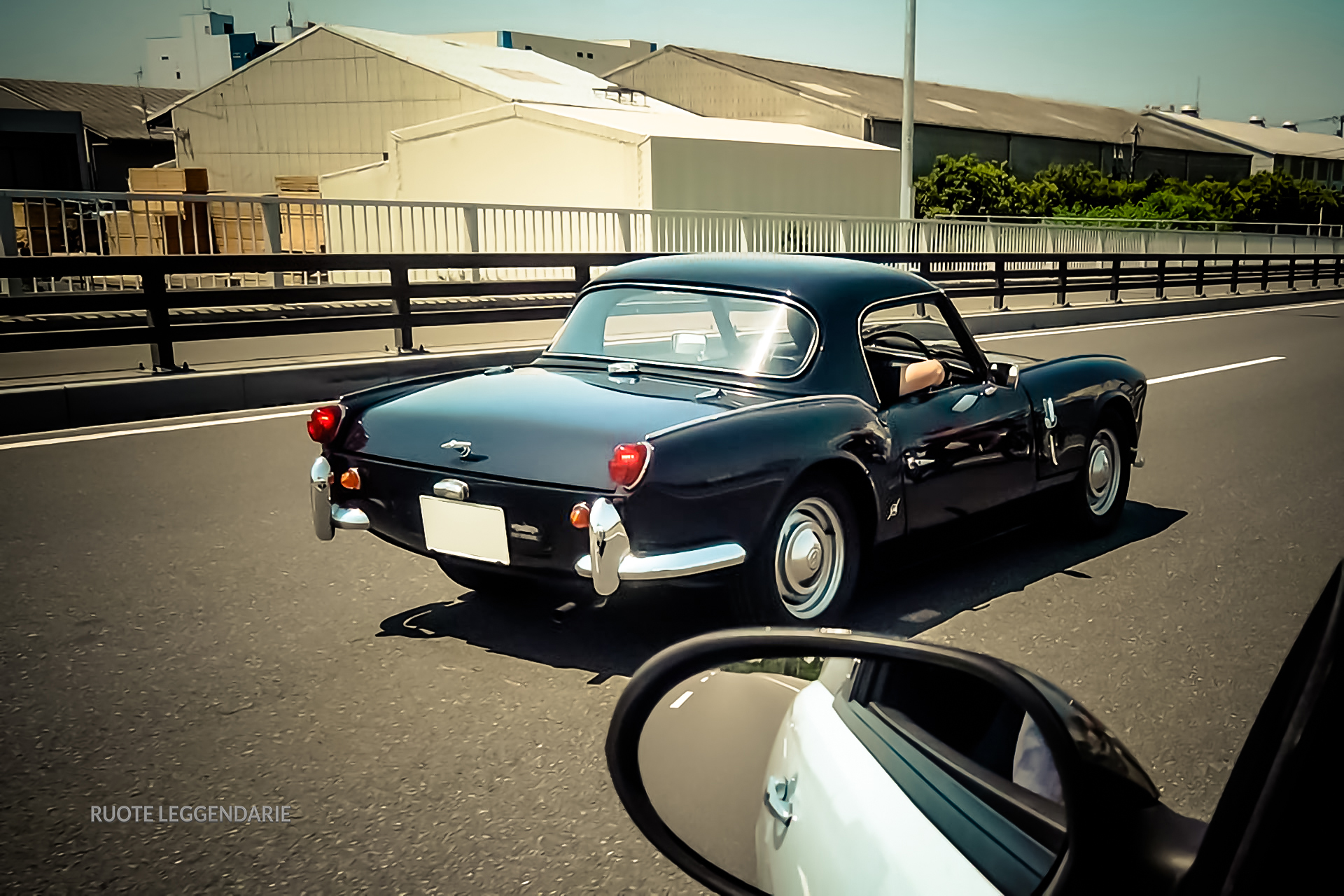 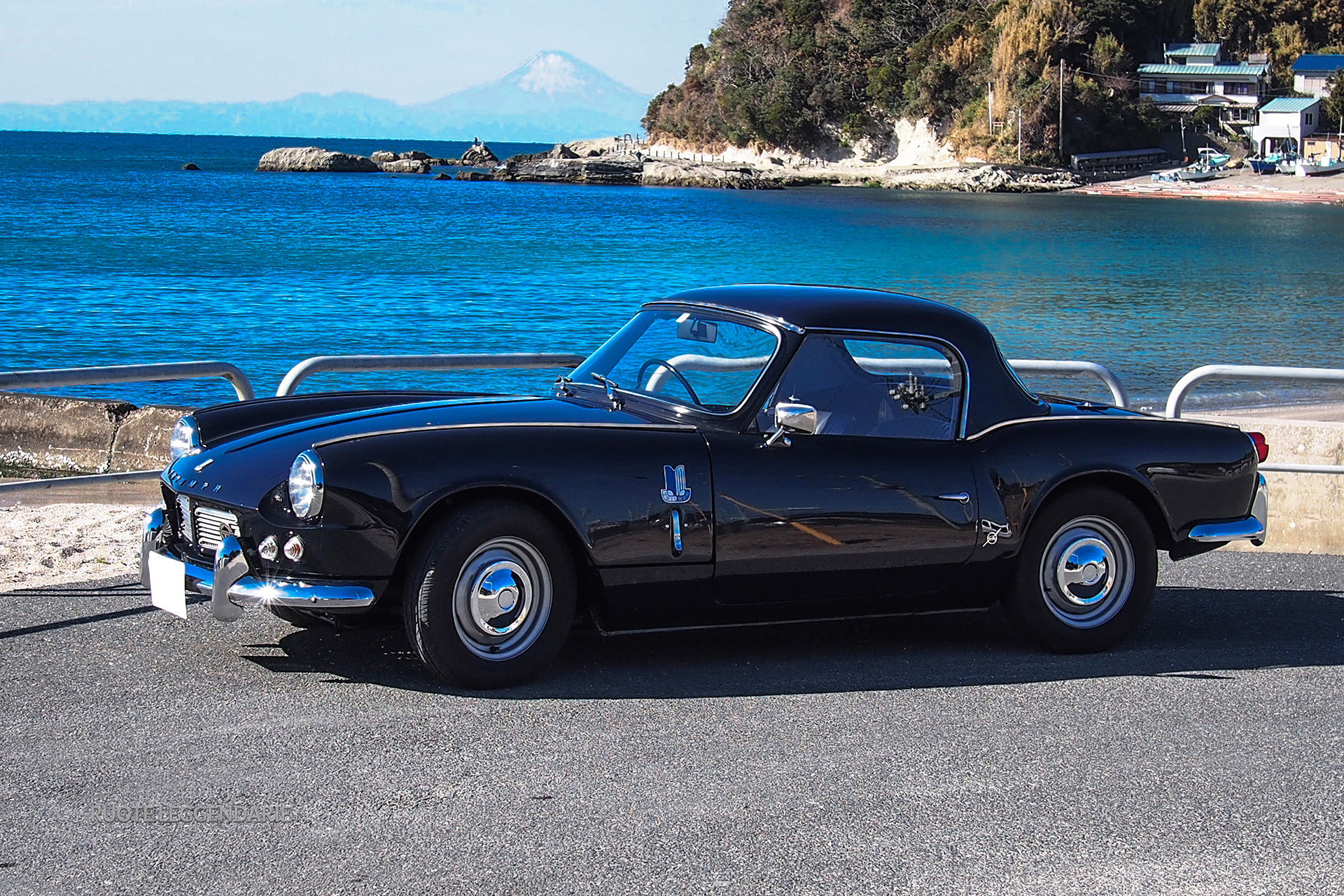 There was a series of cartoon which name was “GT Roman” that car enthusiasts used to read and I was also one of them. I liked Nissan Skyline GT-R (so called Hakosuka), Jaguar E-type and Alfa Romeo Giulia, that has a small gap between bonnet and the nose part. It is a fact that I was also fascinated by classic cars as well as by new cars in the real life. In my mind classic cars can be easily broken, so I was just dreaming to have one, but of course I didn’t buy any at that time. 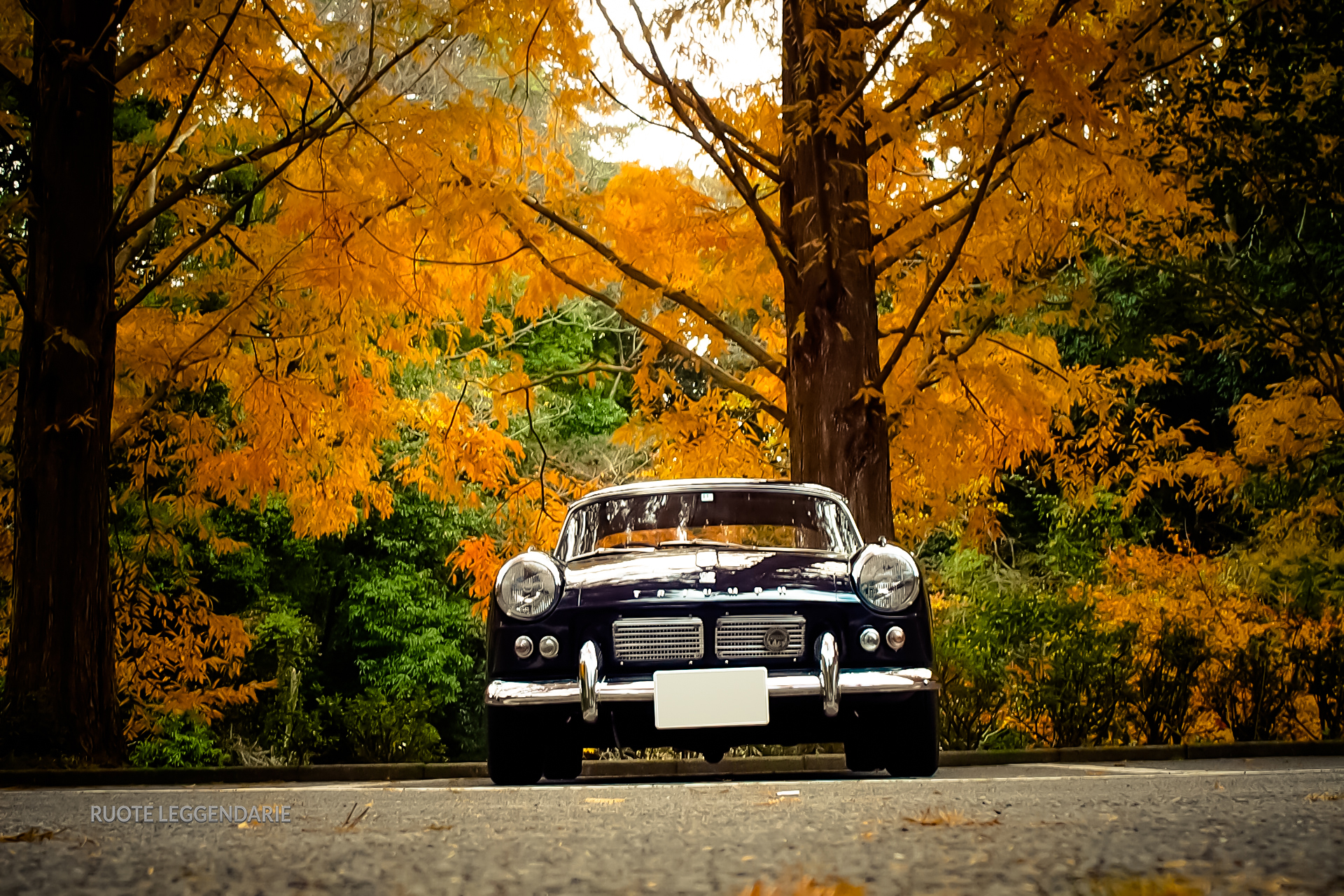 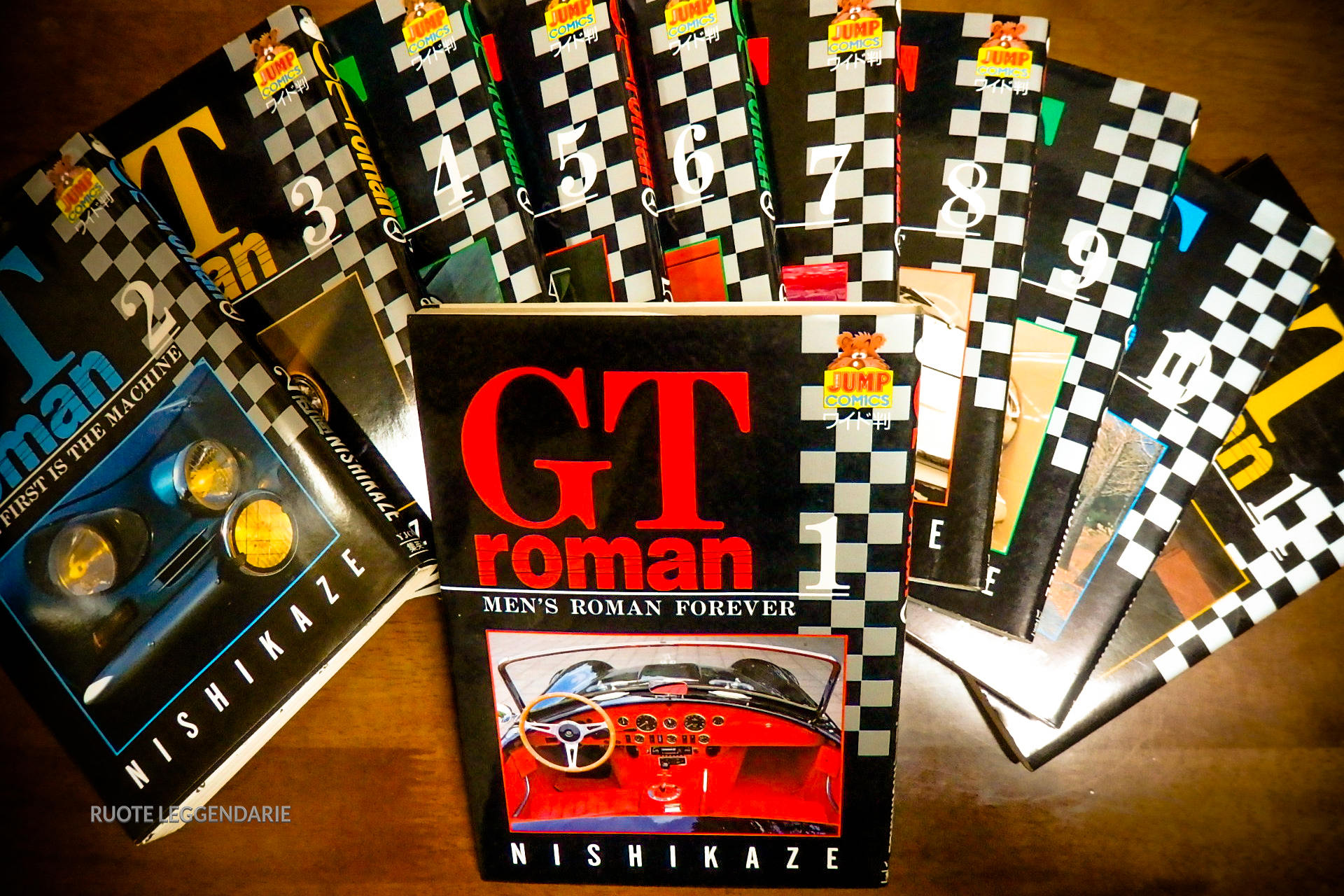 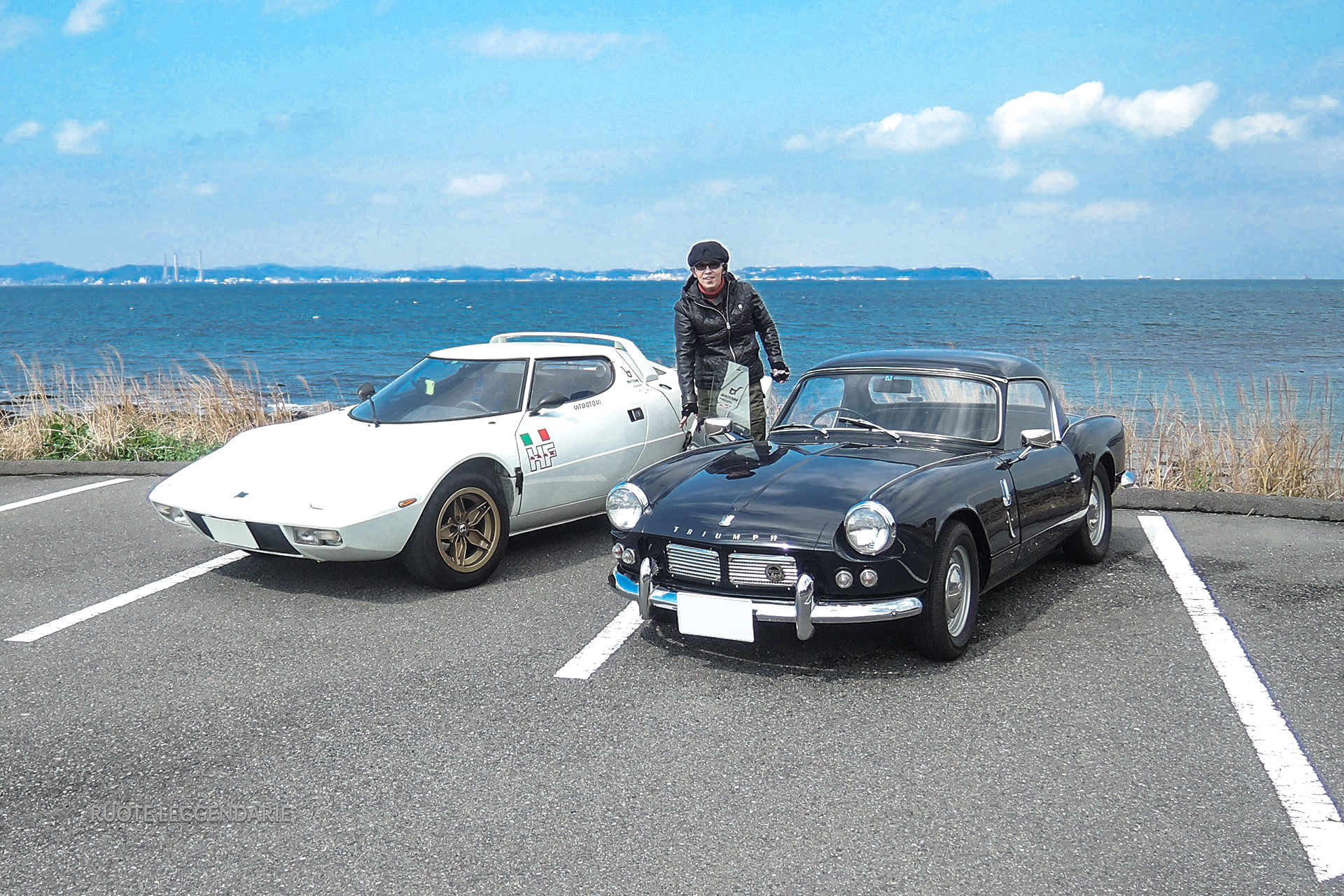 After about 10 years have passed, I turned into my mid-thirties, until then I had been crazy about motorbikes. But I started to feel that I was keeping distance from motorbikes because I started to feel that I was losing the dynamic visual acuity.
Of course I could not stop driving as hobby, that I always liked since I was young. That was my destiny, to think “what about buying a car that I can enjoy driving like motorbikes, during the weekends when the weather is good?”
“I don’t need the air conditioning if that car is only for enjoying driving during the good weather weekends, like driving motorbikes. As a matter of fact there is no air conditioning on motorbikes.
It must be fun to drive a car that it is not controlled by a system like the boring modern cars! Why not a sportscar with small carburetor!” 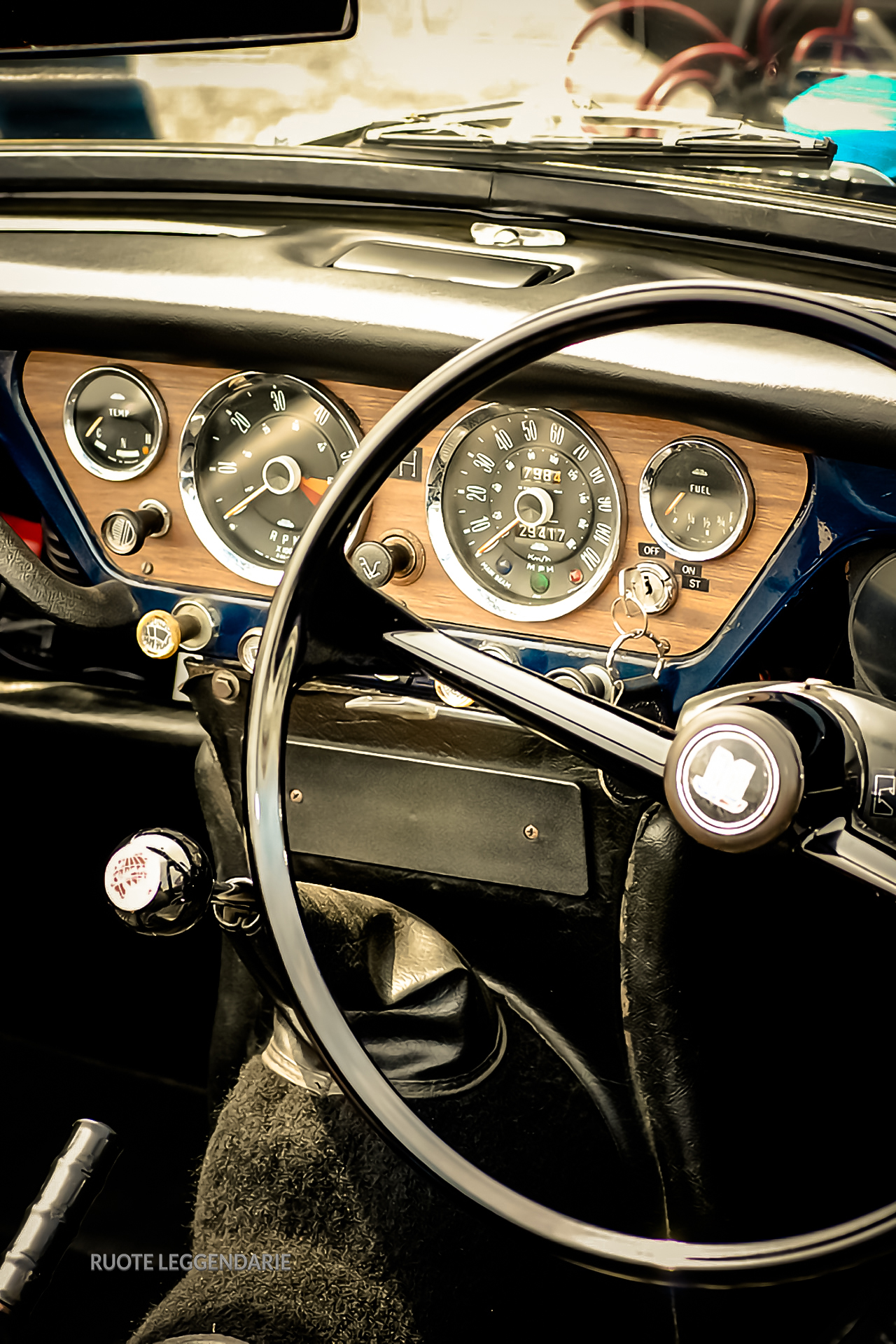 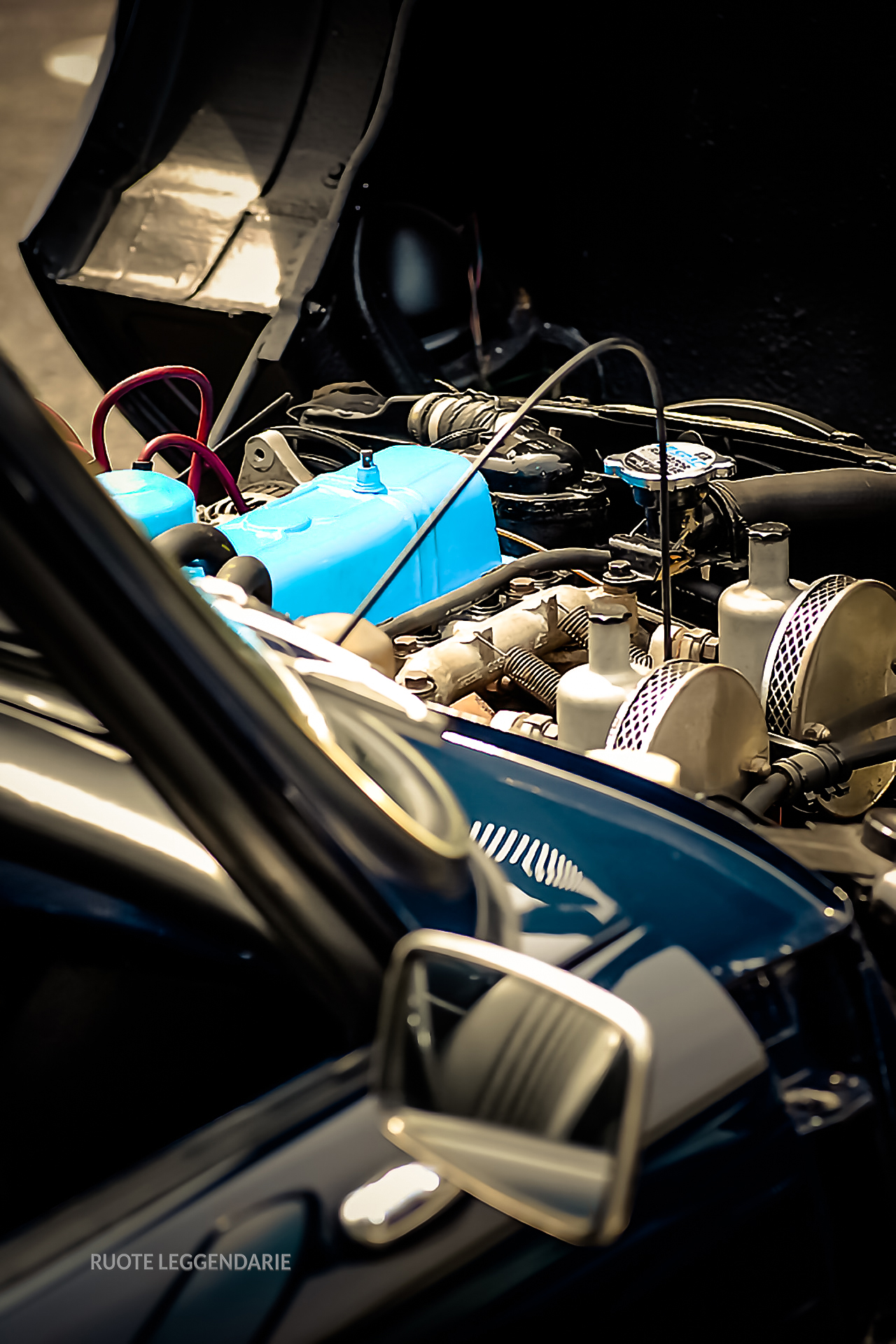 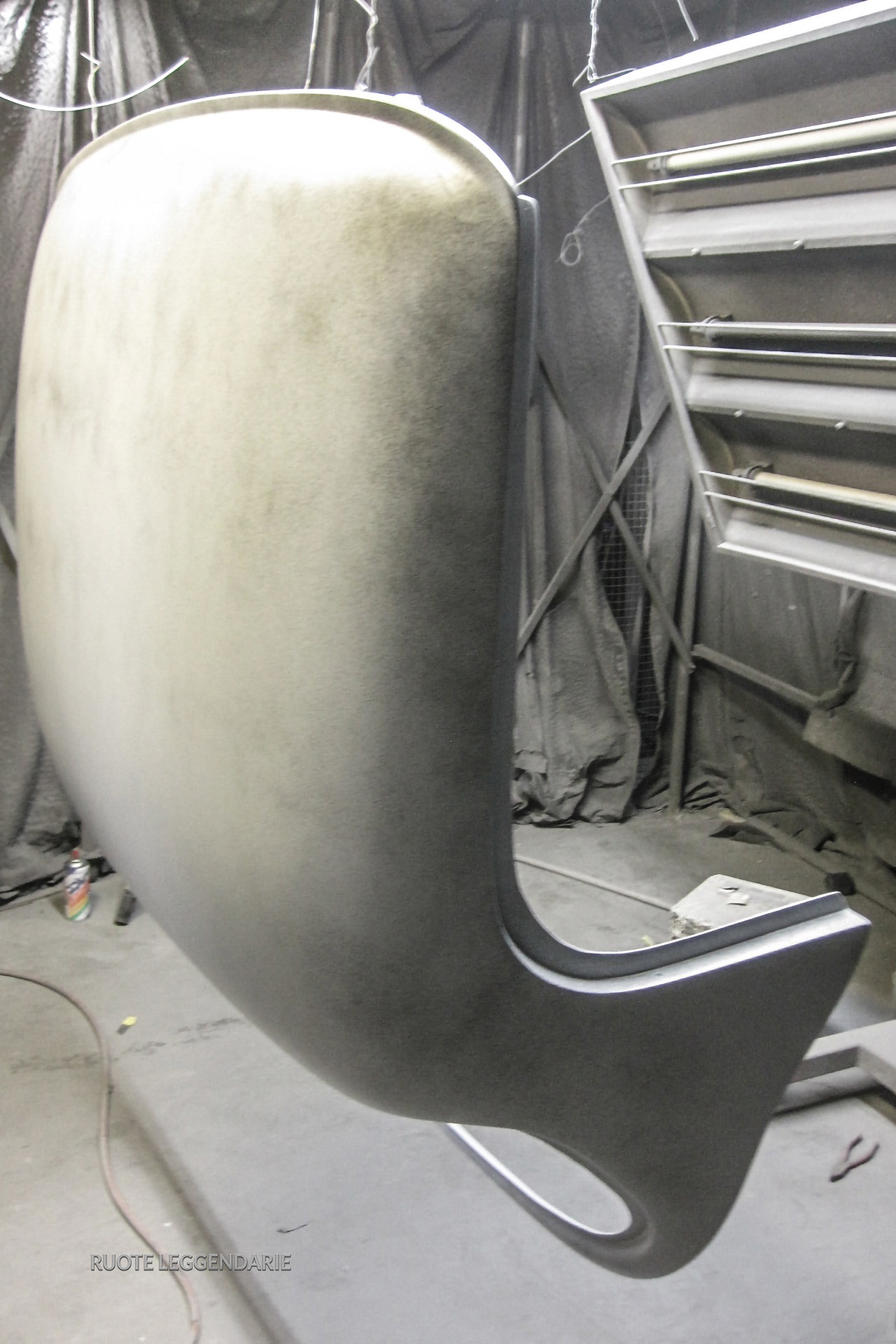 This idea made me start to think “How much are the cars I used to see in GT Roman?”. I started to check the prices on web and on magazines.
As a result I chose a Triumph Spitfire MK1. There are many nice cars but why did I choose Spitfire MK1? Of course the price mattered. The main prices of import or reimport of new motorbike at that time were around 1,500,000 yen – 2,500,000 yen so I started to look for a good quality sportscar in that price range.
The spare parts of Japanese classic cars were difficult to find but the ones of European classic cars (especially British cars) were easy to find and cheaper than Japanese ones. So I focused on European classic cars rather than Japanese ones. The lineage of Giulia of Alfa Romeo, MG from UK, Austin-Healey and Triumph emerged from my research. 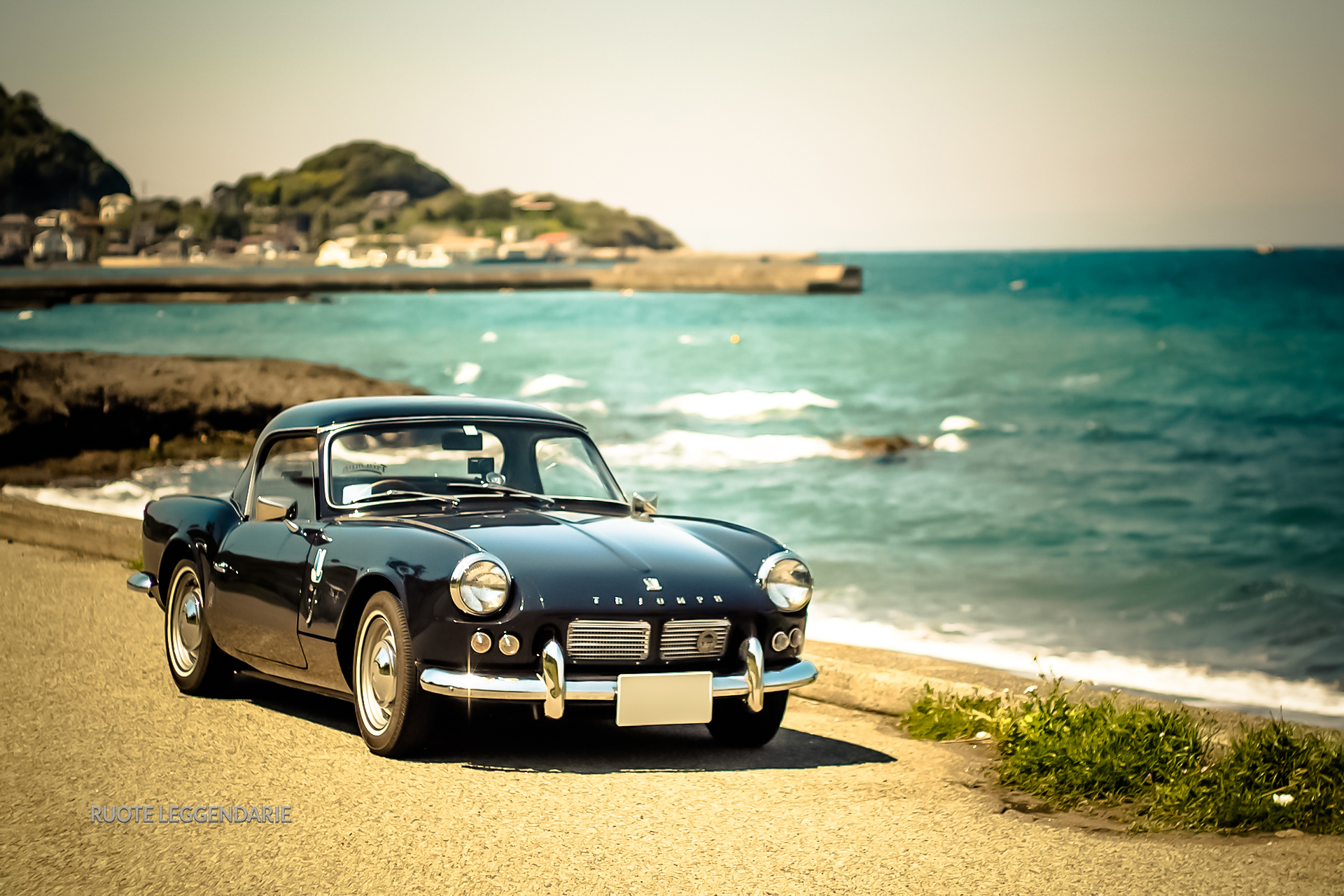 I knew about Spitfire but I realised during my research that for me it was related to the 1500, the latest model. I thought “How do the older types look like?” I found a picture of MK3. “This is so cool!” and then I looked for even older ones. As soon as I found the picture of a MK1, I thought “This is it!!!”

Then I started to look for Spitfire MK1. I was not expecting that so few appeared on the market. I saw on the web and I called the dealers but the answer was always the same “Spitfire MK1 doesn’t show up so often”
Some cars of the candidate cars for me, such as the lineage of Giulia of Alfa Romeo, MG-A, MG-B, MG-Midget and Austin- Healey, could be always seen on the market but Spitfire MK1 was not. This fact also lighted my fire by making me take the decision “I must get this car”. 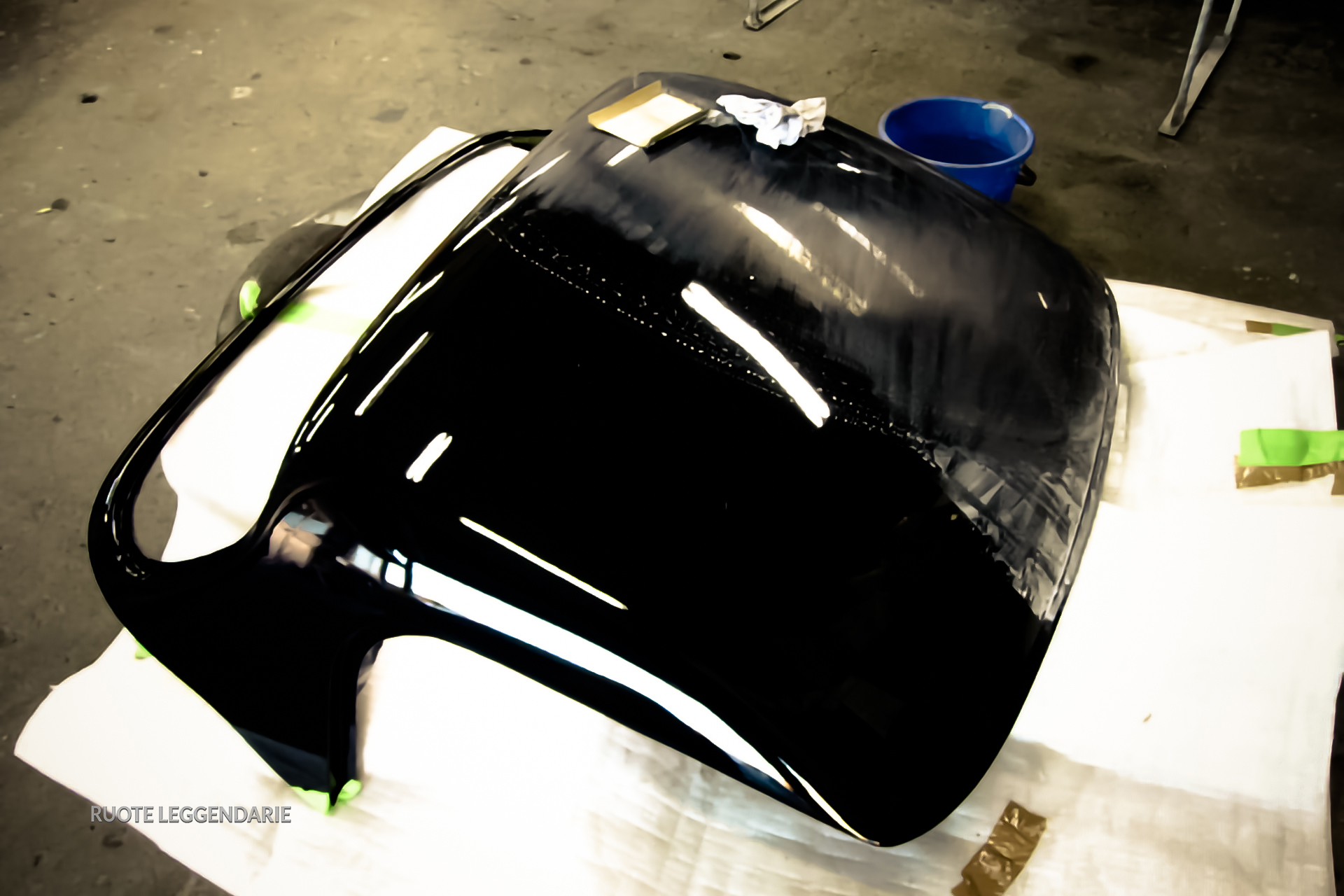 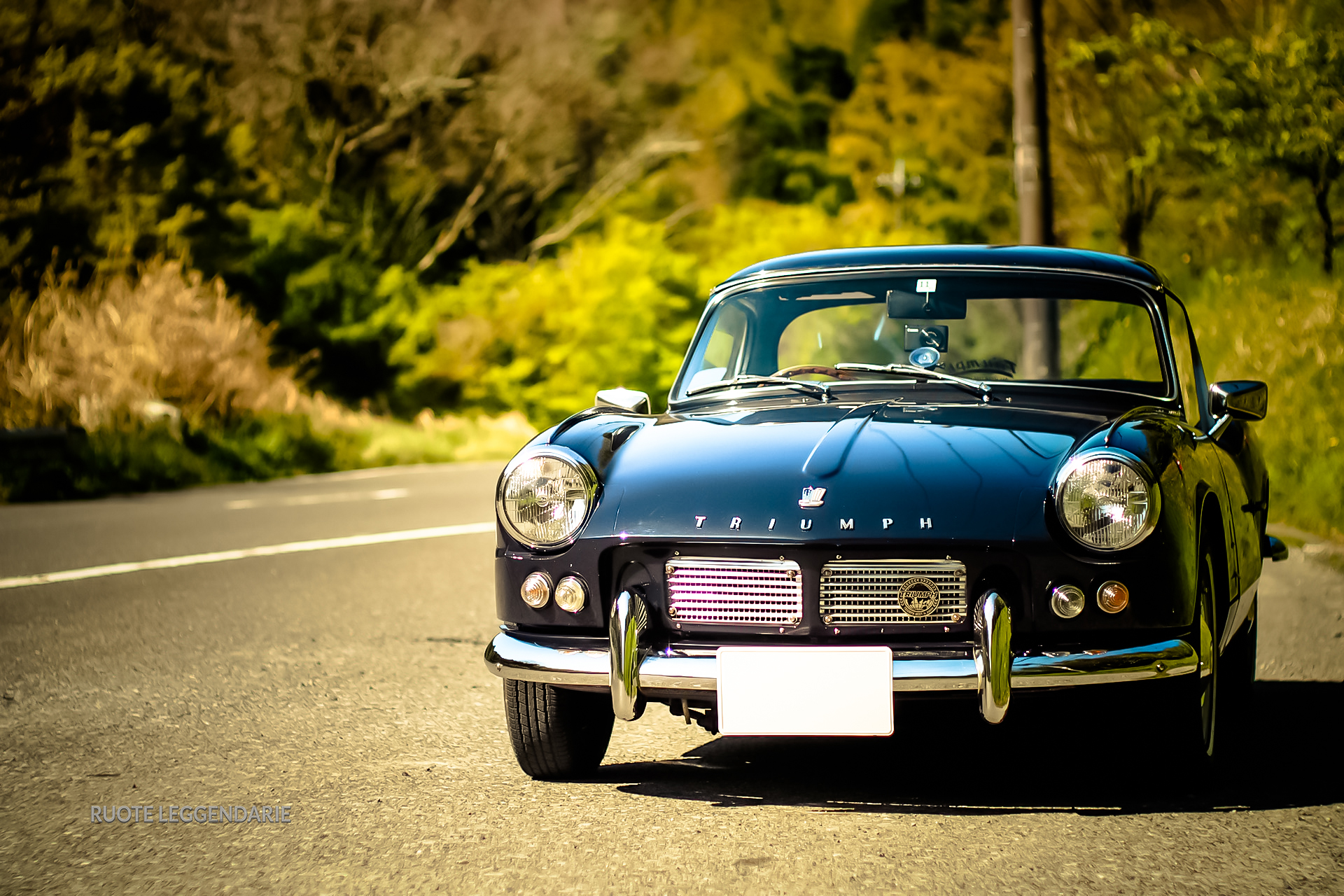 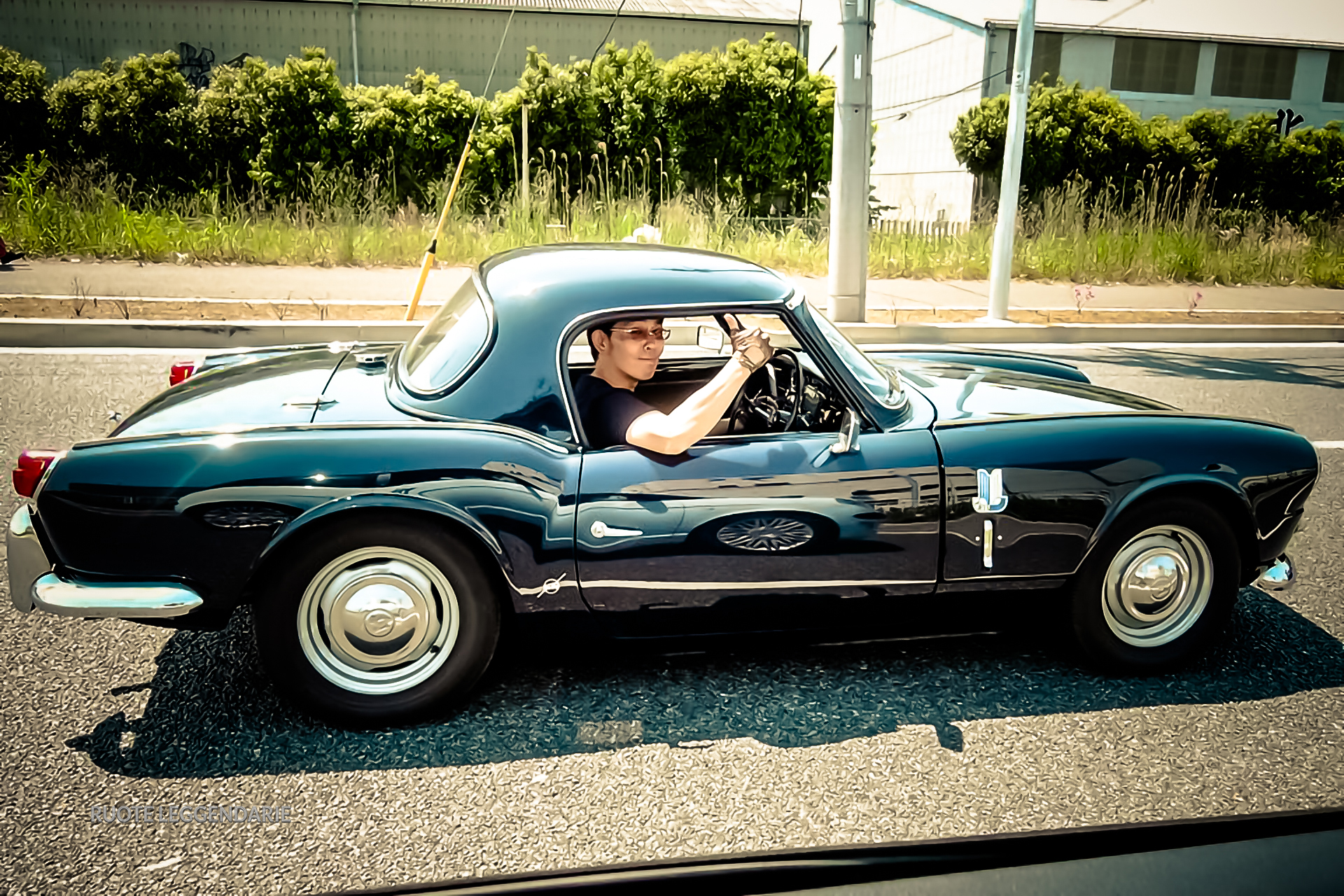 After 3 years of research, I heard that there was a wedgewood blue Spitfire MK1 on sale at CG Craft (it’s a restorer of classic cars in Toda city, Saitama prefecture in Japan) and I went to see it quickly. The president of CG Craft said “There is another one I am restoring in the factory.” I went to see it as well. All the paint came off and he was repairing the rusted part such as side sill by replacing the sheet metal. I asked him about this car and in the end I said “I will take some time to think” hoping that I could find others but I could not find any. 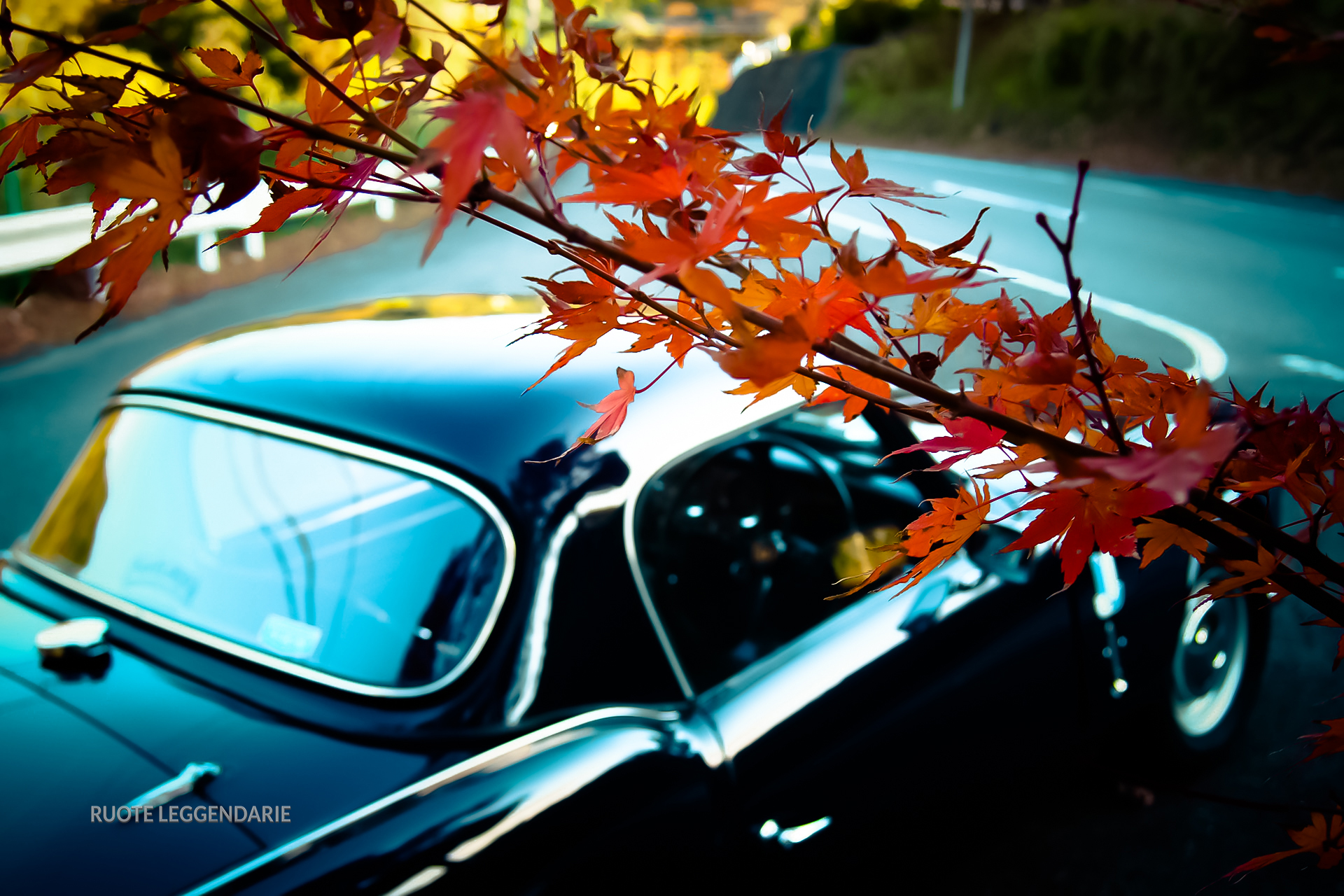 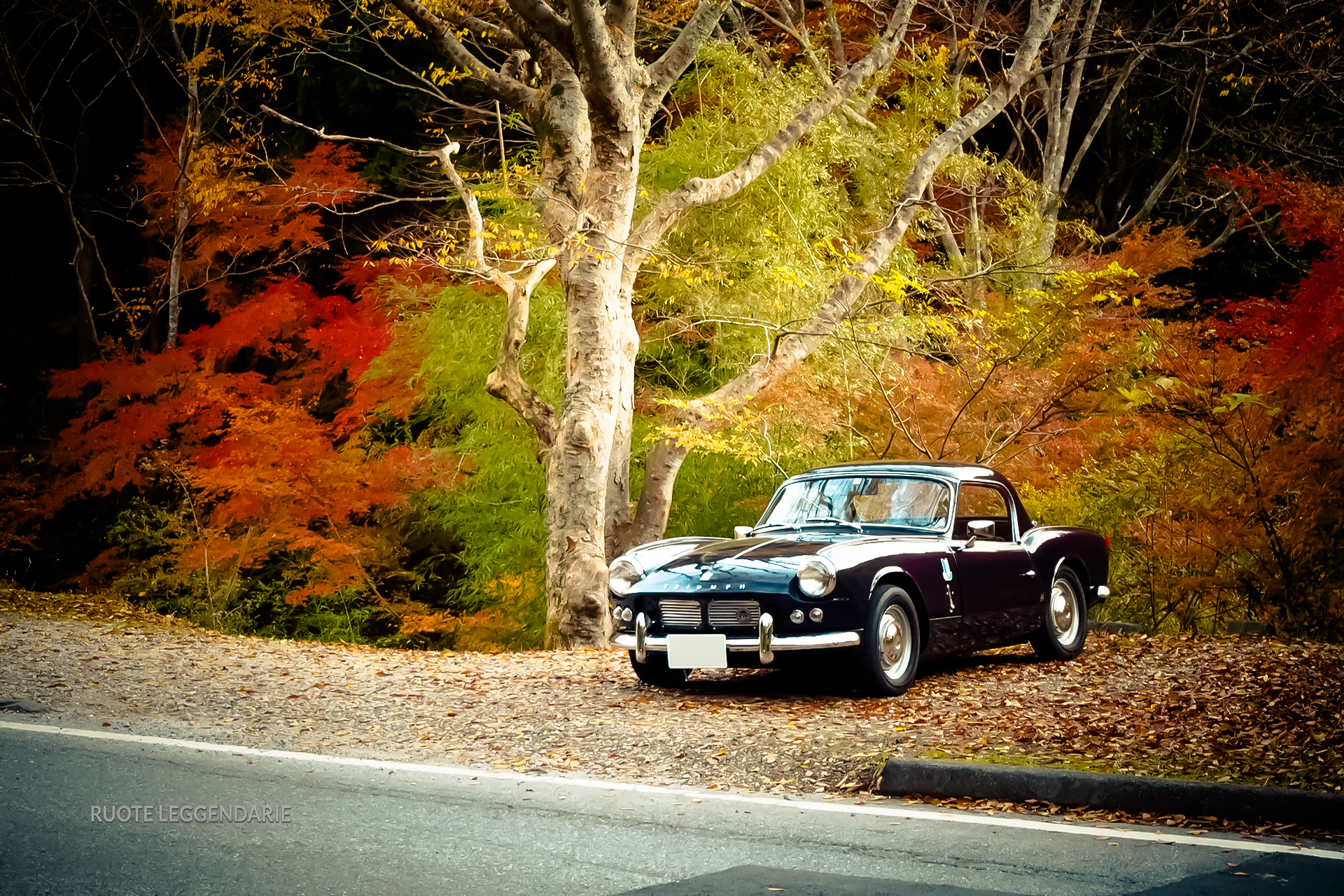 After some months again, I called CG Craft and asked “Do you still have that Spitfire?” and he said “I have just finished the restoration. Come and see it” I immediately went there. As soon as I saw a dark blue Spitfire that was just ready after restoration I thought “This is really cool!”. The president of CG Craft said that the Wedgewood blue MK1 had more value because it was original without any restoration. However I could not change my mind after I saw a beautifully restored one. The former owner bought that from CG Craft and almost all the car inspections and the maintenance were done there so I could know what kind of repairs took place. I also liked the fact that the car was a right hand drive model as in the UK!! I said immediately “I take this” without no hesitation. 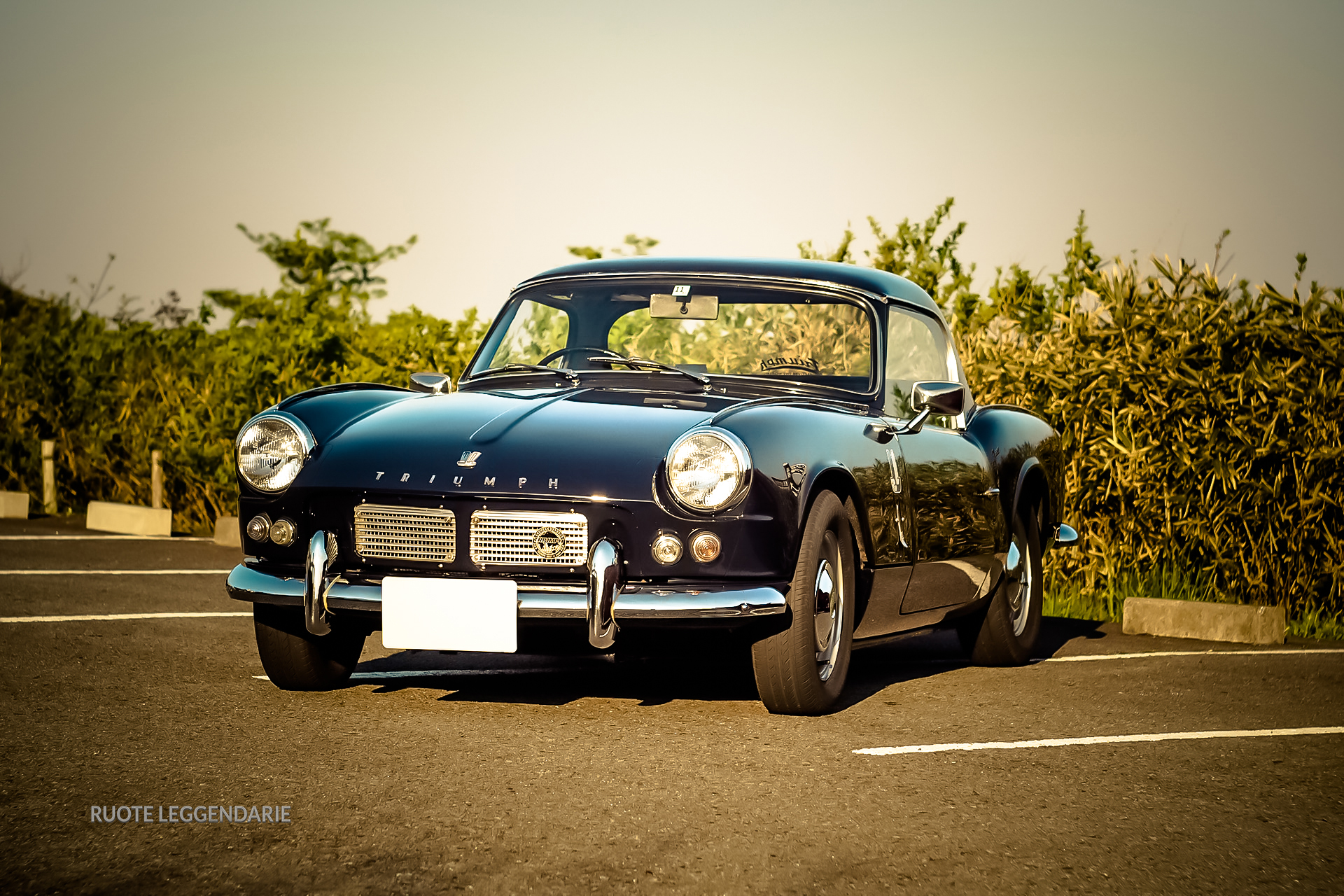 After 3 days I got the car, I could not use the second and third gear so I drove with first and fourth gear to the shop. Once a door striker got broken and the door was open while I was driving a curve so I had to keep the door close by right hand. There were some other troubles. Later on I had to overhaul the engine and the differential. I had series of trouble at almost all parts of the car but I have been enjoying driving it for more than 10 years. It means me and my car go well together. In the recent 5-6 years I had no big troubles and I am enjoying driving on the mountain passes in Kanto region for more than 8000km in a year.
I have to admit that there is some minor trouble compared to modern cars. Sometimes the engine stops suddenly but I got used to do troubleshooting on site. I can handle the situation now. 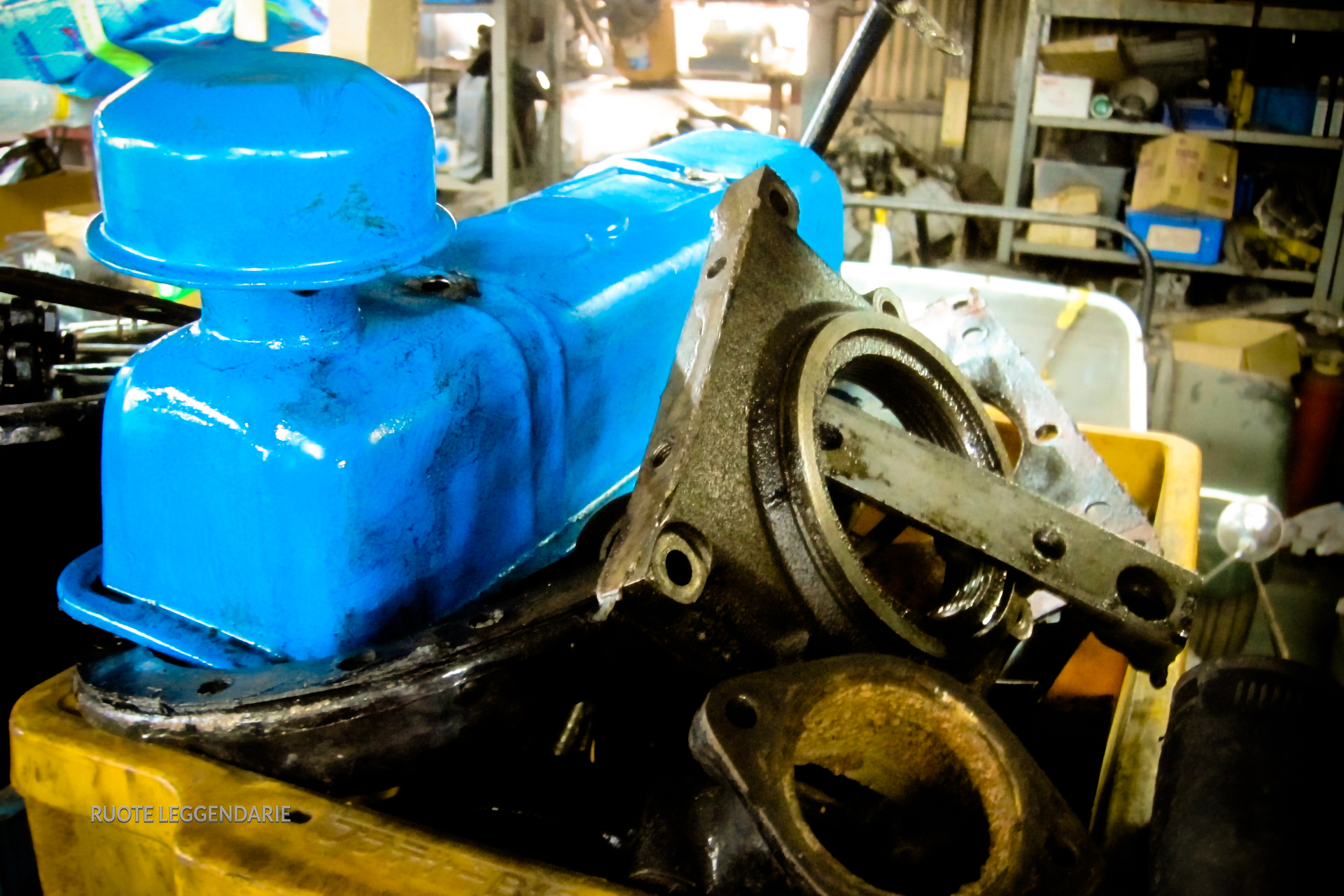 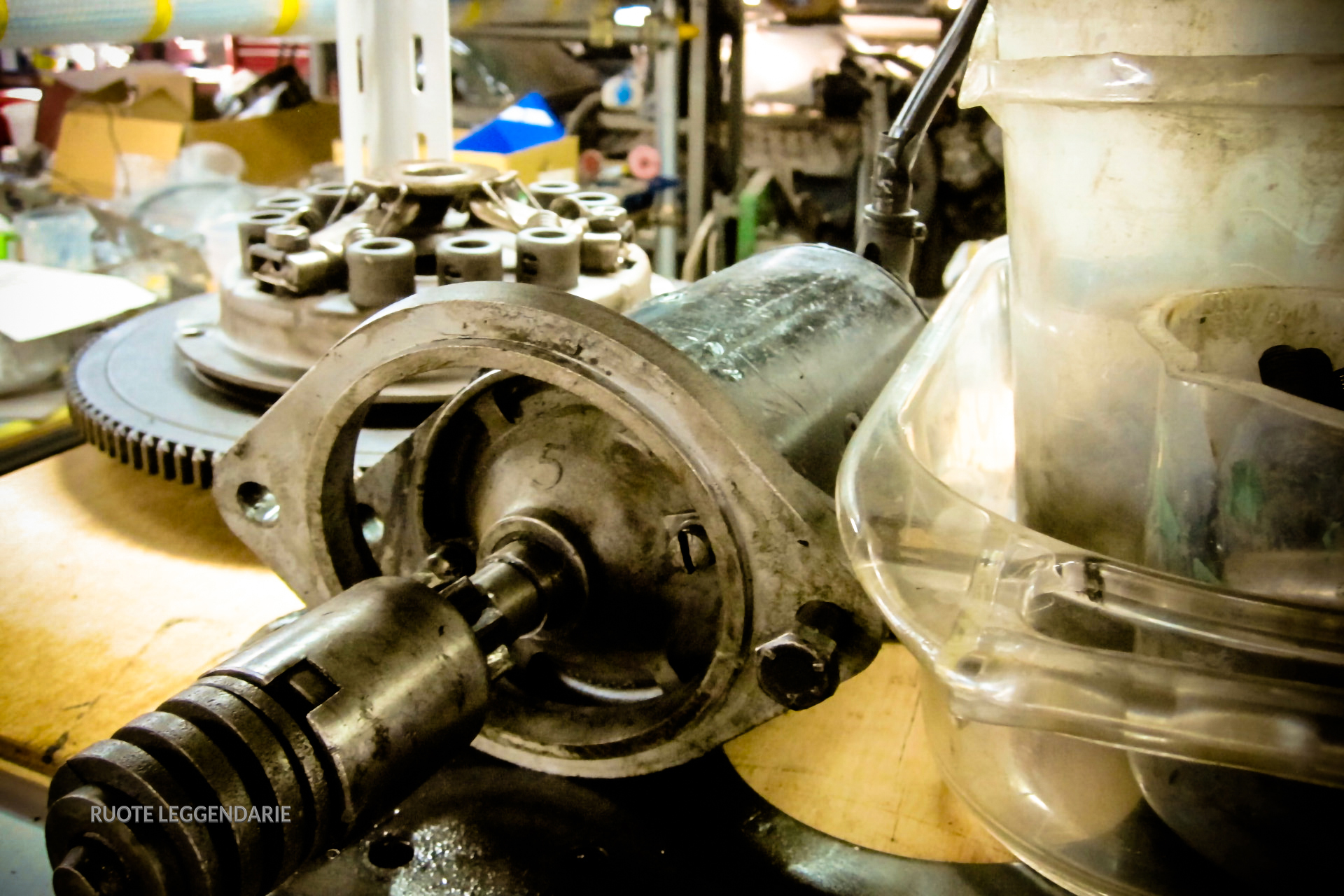 It is difficult to use it in the daily life or to travel like modern cars but the fun I can have driving on a mountain pass during the weekend with nice weather has not changed after more than 10 years. I made friends with many classic car enthusiasts. The life with my Spitfire during the weekend will still go on. 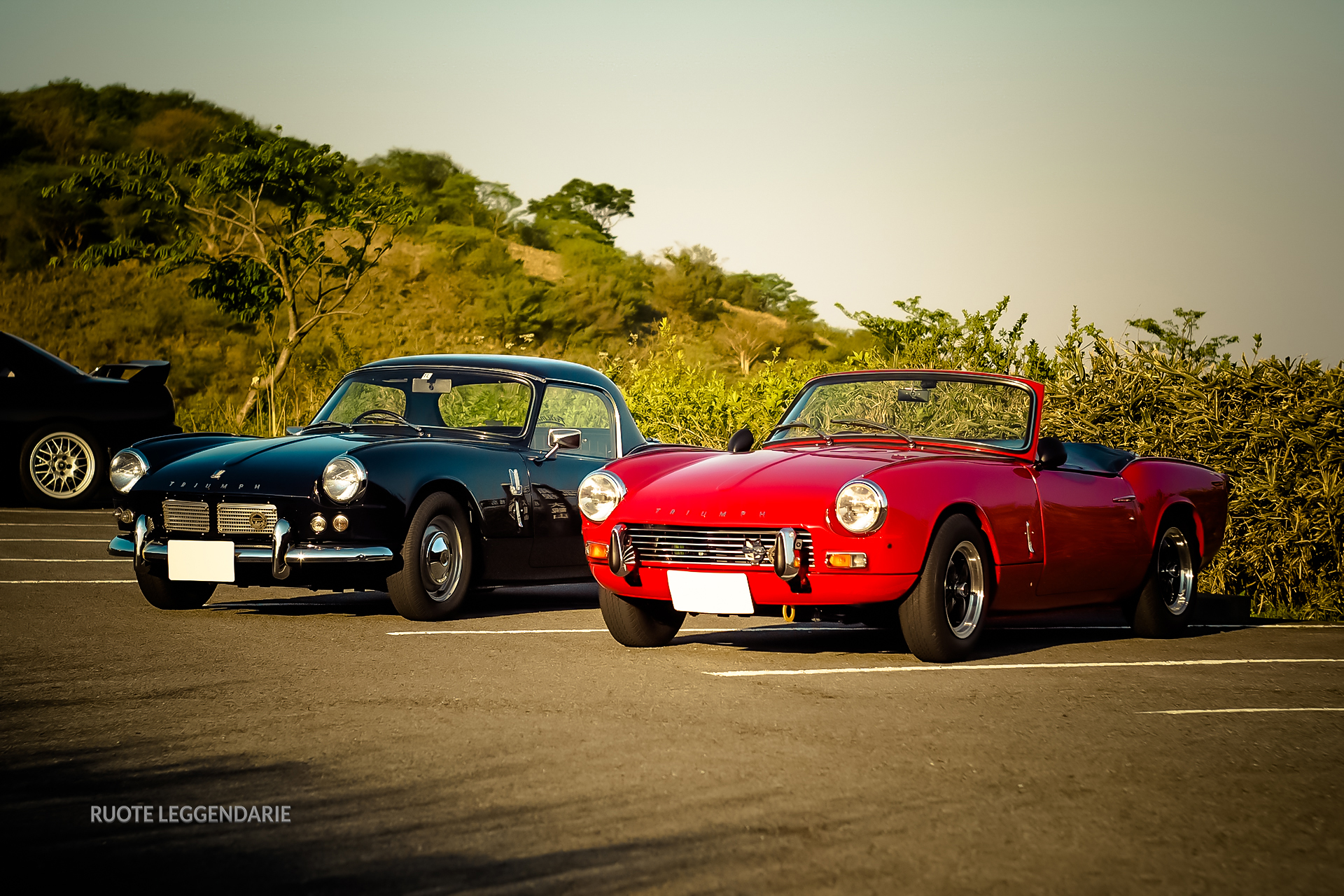 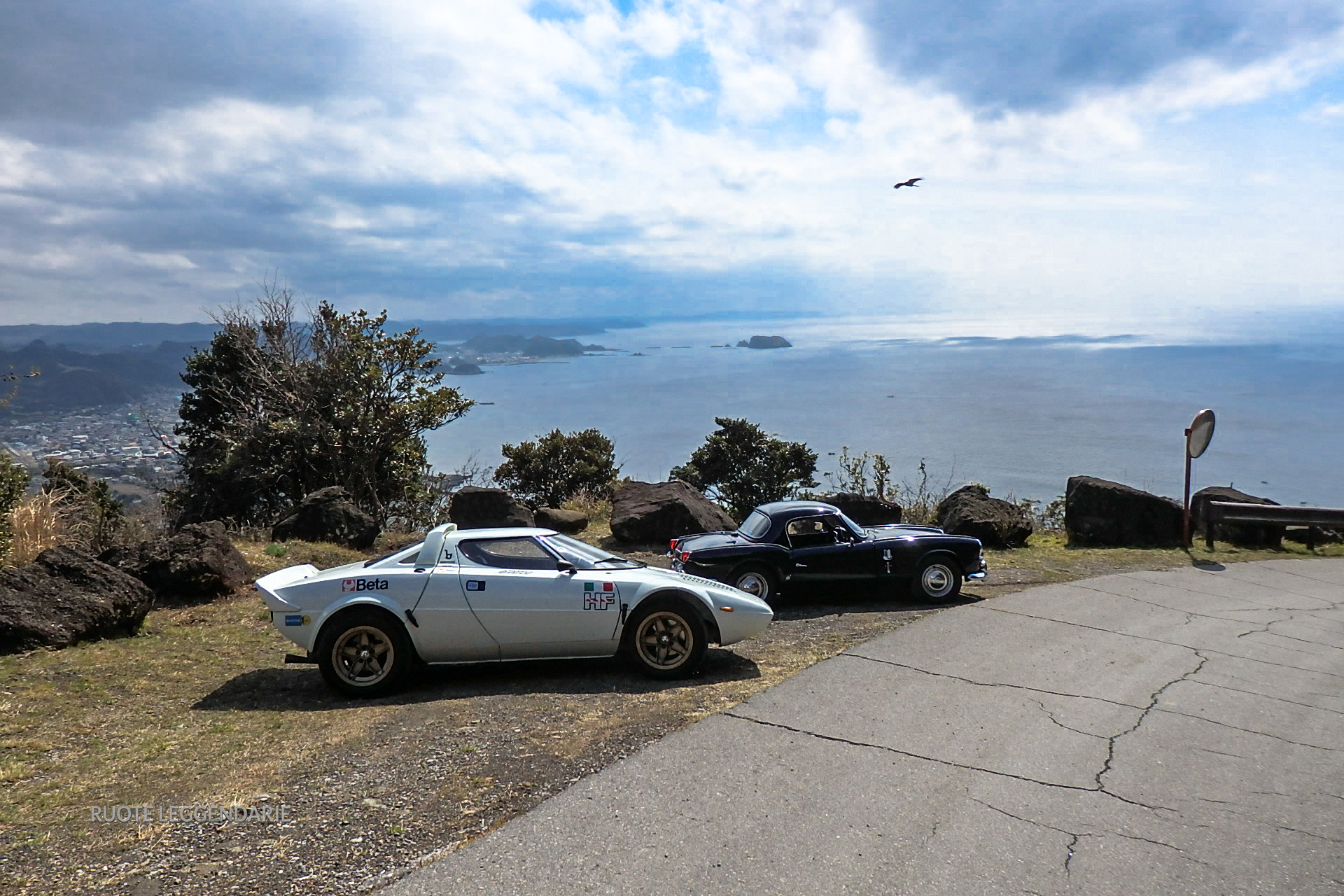 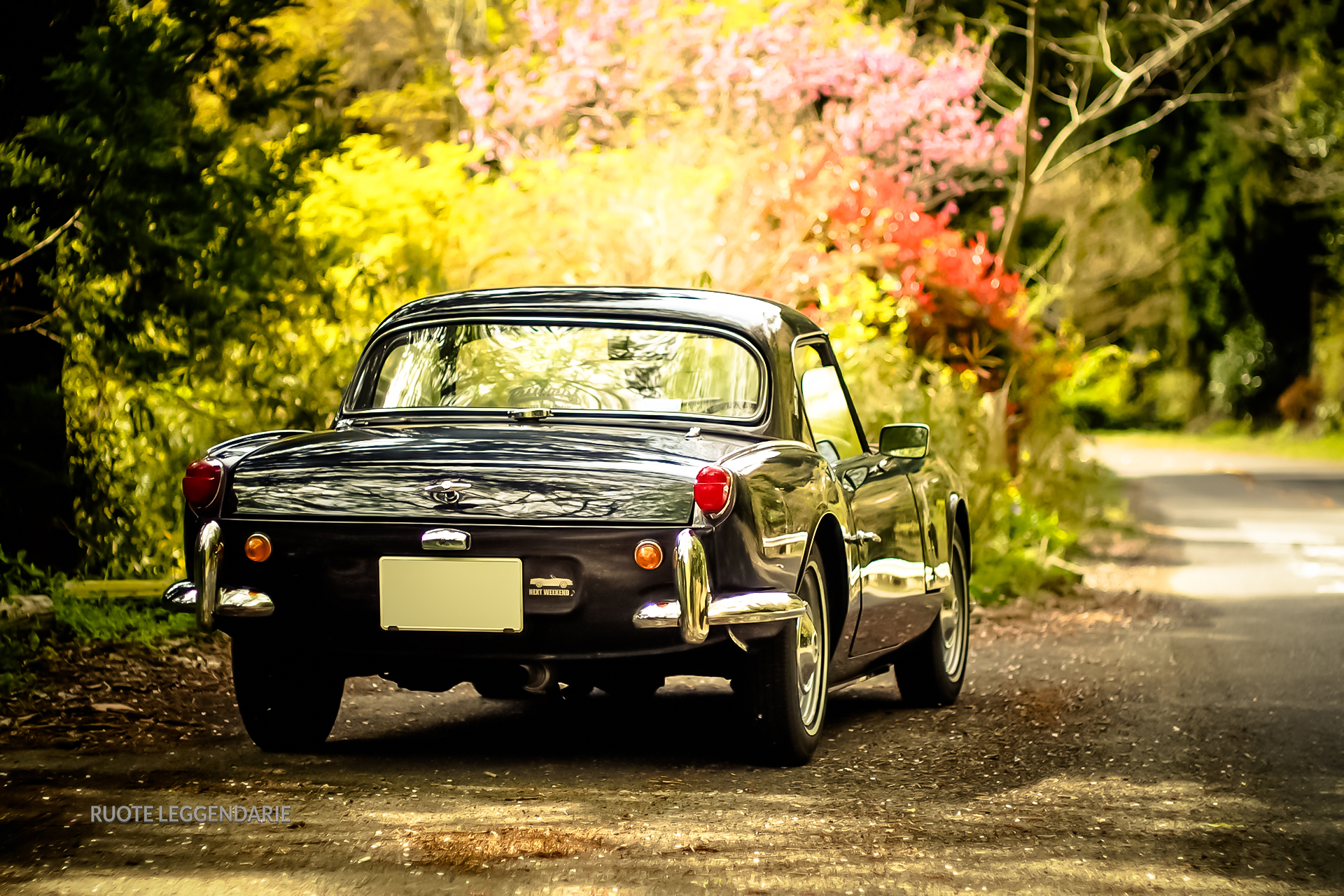