This Siata has received specific awards for its originality. The aluminium and chrome parts are in extremely nice condition. The car is also fitted with very nice chrome wheel caps. All rare badges are still present which is unique. Interior in very good condition. Very good road behaviour.

According to the register, only 7 examples are still known to have survived worldwide.

Light fine-metallic green exterior paint, in aluminium coachwork (except for the doors). Fiat 4-cylinder 1400 cc engine modified by Siata with a special cylinder head, pistons and twin Weber 32 carburetors, 53 kW, it benefitted from a total rebuild and a general Mille Miglia preparation.

Founded in 1926 in Turin, Italy by Giorgio Ambrosini, Siata (Societa Italiana Auto Trasformazioni Accessori) began life as a tuning firm specializing in the modification of FIATs. When the company, now renamed Siata Auto Spa, eventually introduced its first production car in 1949, Fiat components were the logical choice for the new Amica cabriolet. During the 1950s and on into the ’60s a variety of US engines including Crosley, Ford and Chrysler V8s were adopted in addition to Fiat’s home-grown motors. Siata’s Daina model of the early 1950s was based on the Fiat 1400 and built in both Cabriolet and Coupé forms, most of the former being bodied by Stabilimenti Farina and the latter by Bertone. Later cars were designated ‘SL’ (Scatolato Lamiera – literally: sheet metal box).

The Daina used the FIAT 1400 overhead-valve engine, modified by Siata with a special cylinder head, pistons and twin-carburetor inlet manifold. A 1,500cc unit was available as an option. Siata was active in racing from its earliest days, and a Daina Convertible driven by Dick Irish and Bob Fergus won its class in the inaugural Sebring 12 Hours race of 1952, finishing 3rd overall ahead of many larger-engined cars. This 1952 Siata Daina with chassis SL 0168 by Stabilimenti Farina, was completely restored in 2005-2006 by a North-Italian specialist respecting rigorously the original specifications and colours in which this particular Trasformabile left the Siata factory. 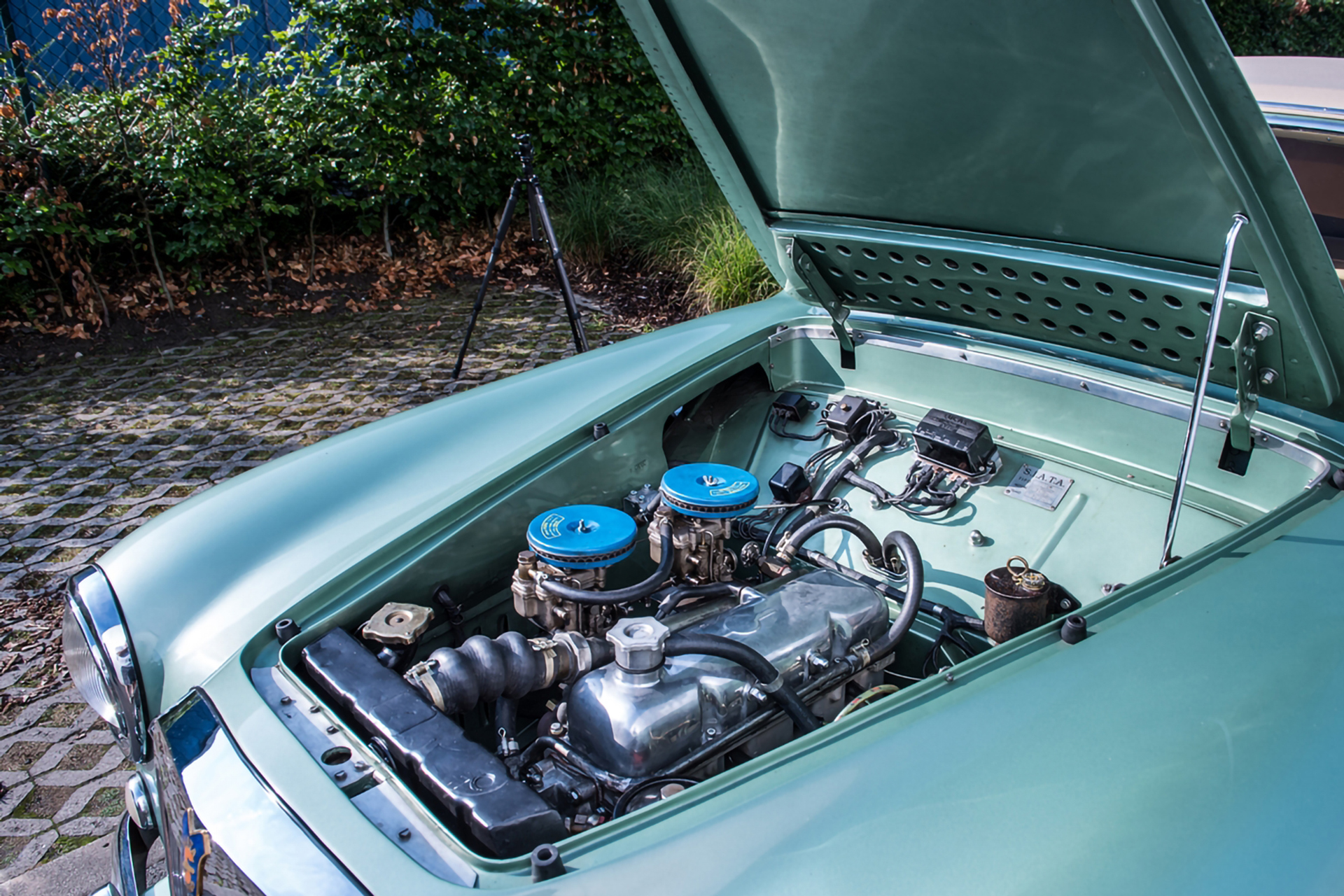 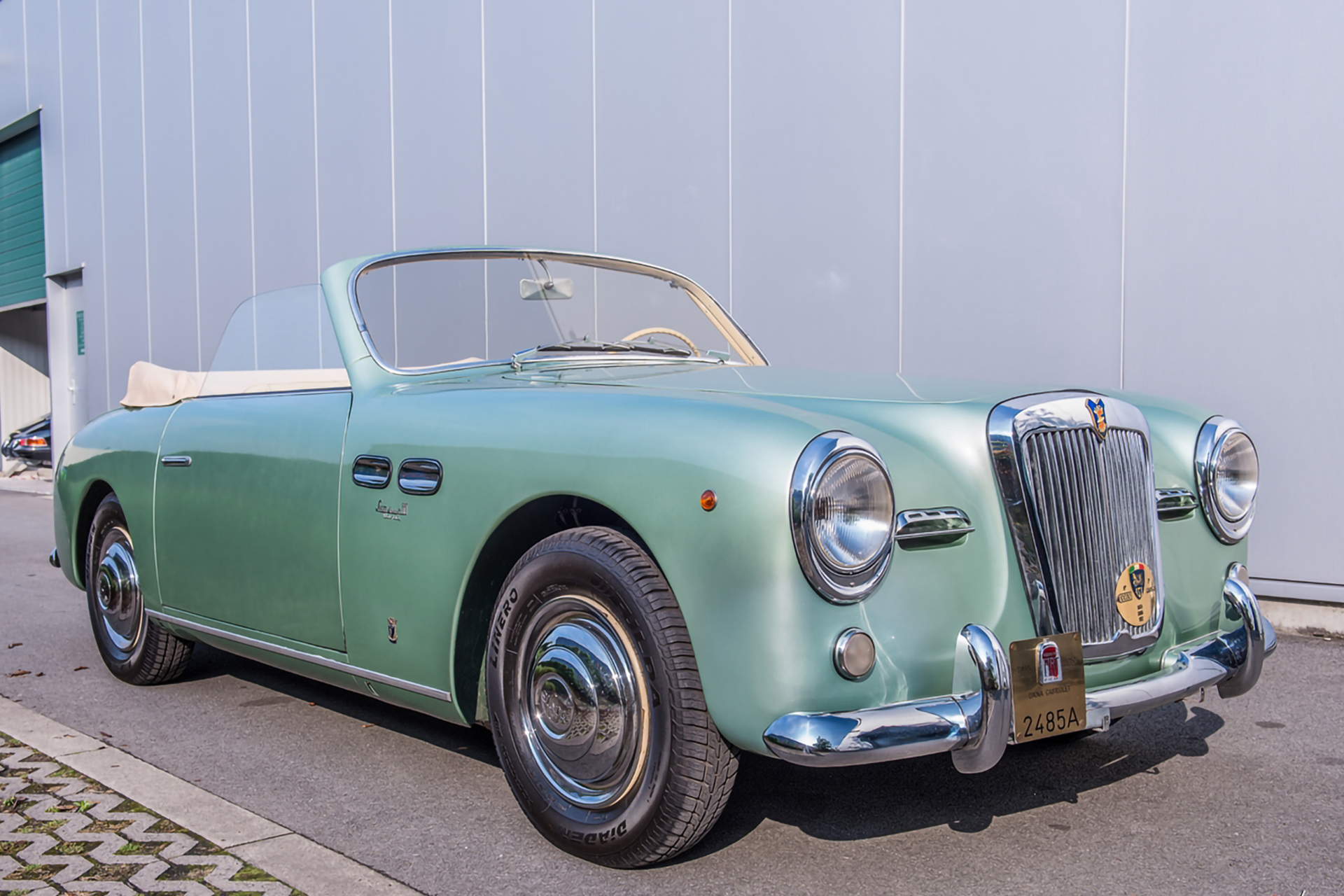 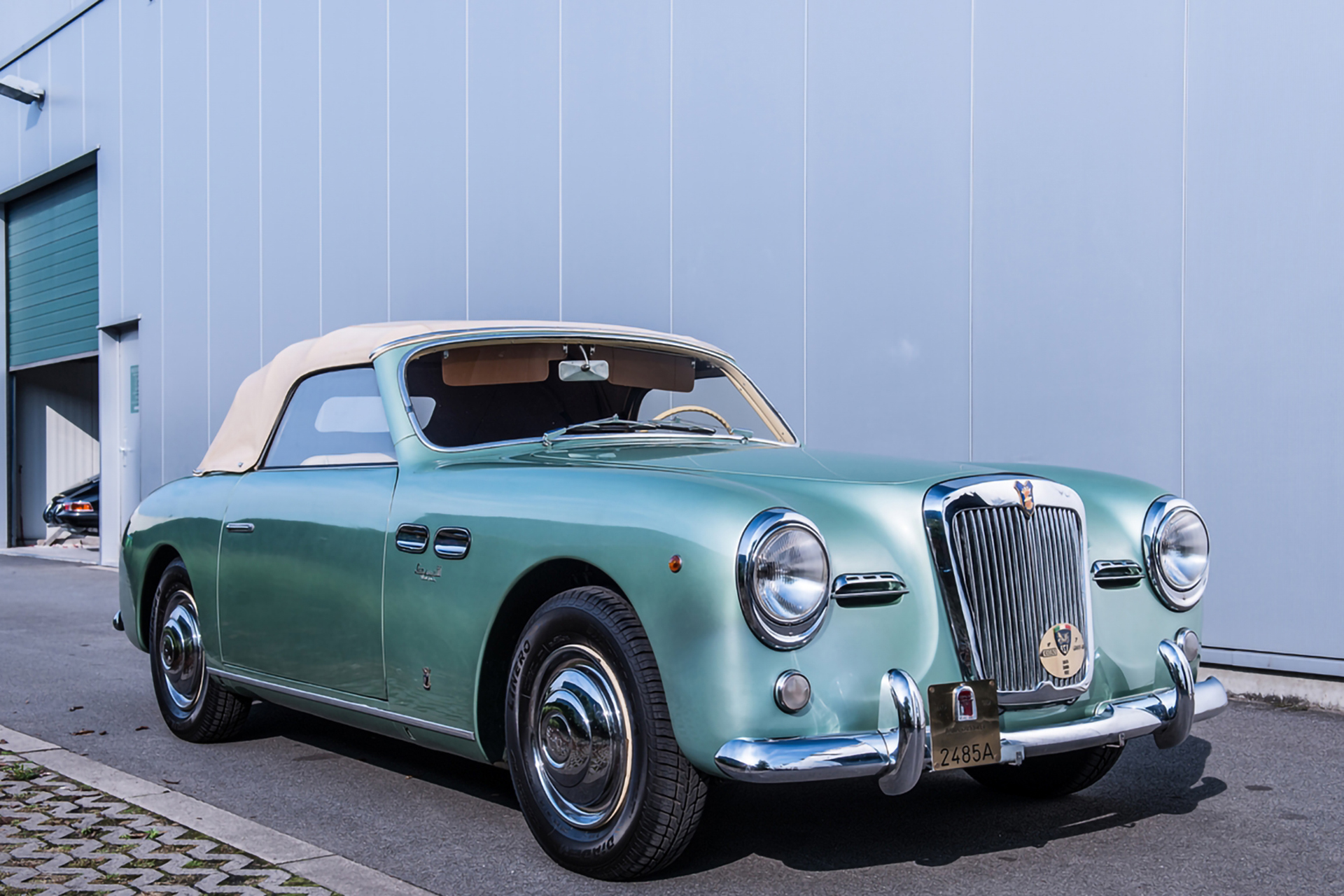 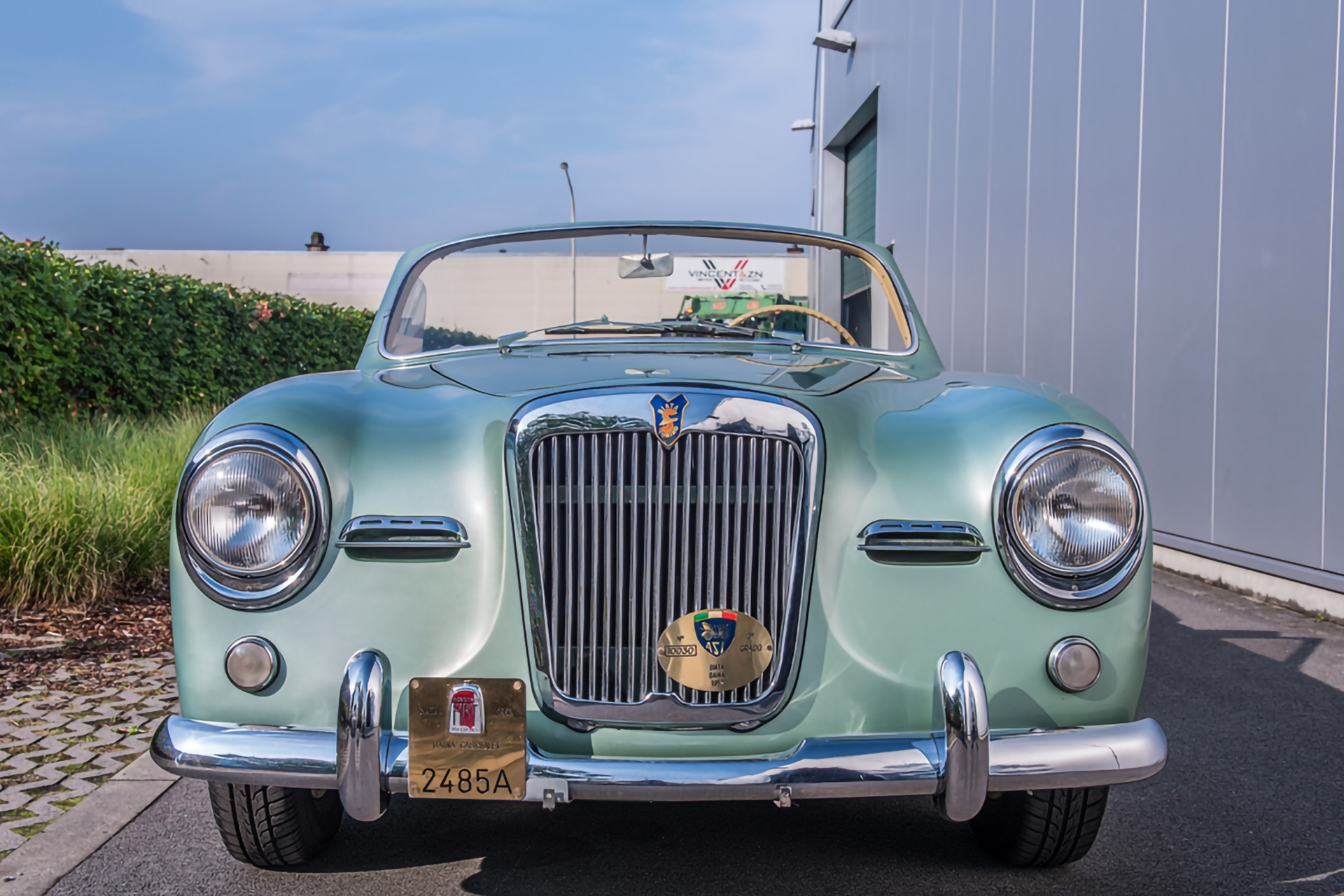 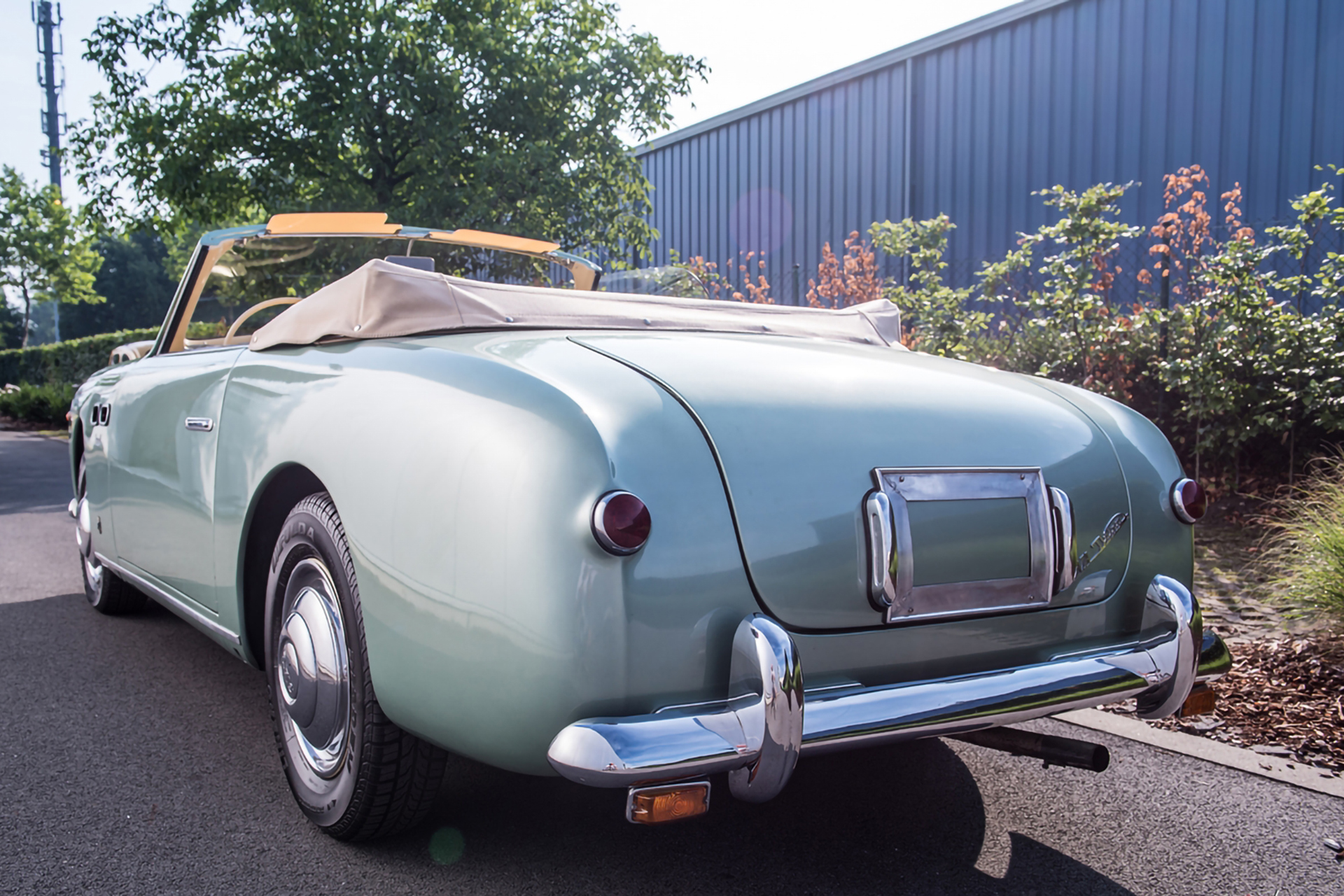 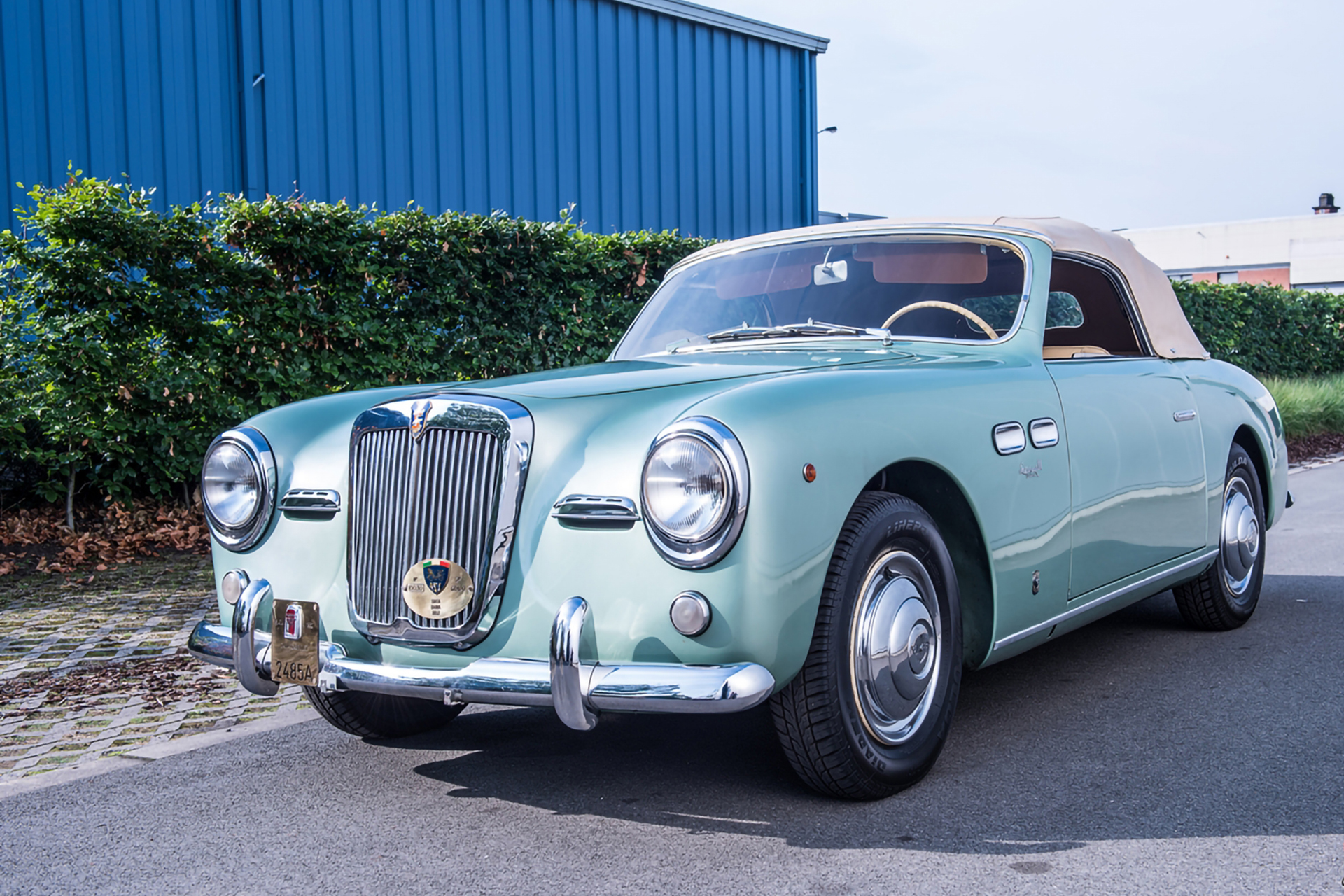 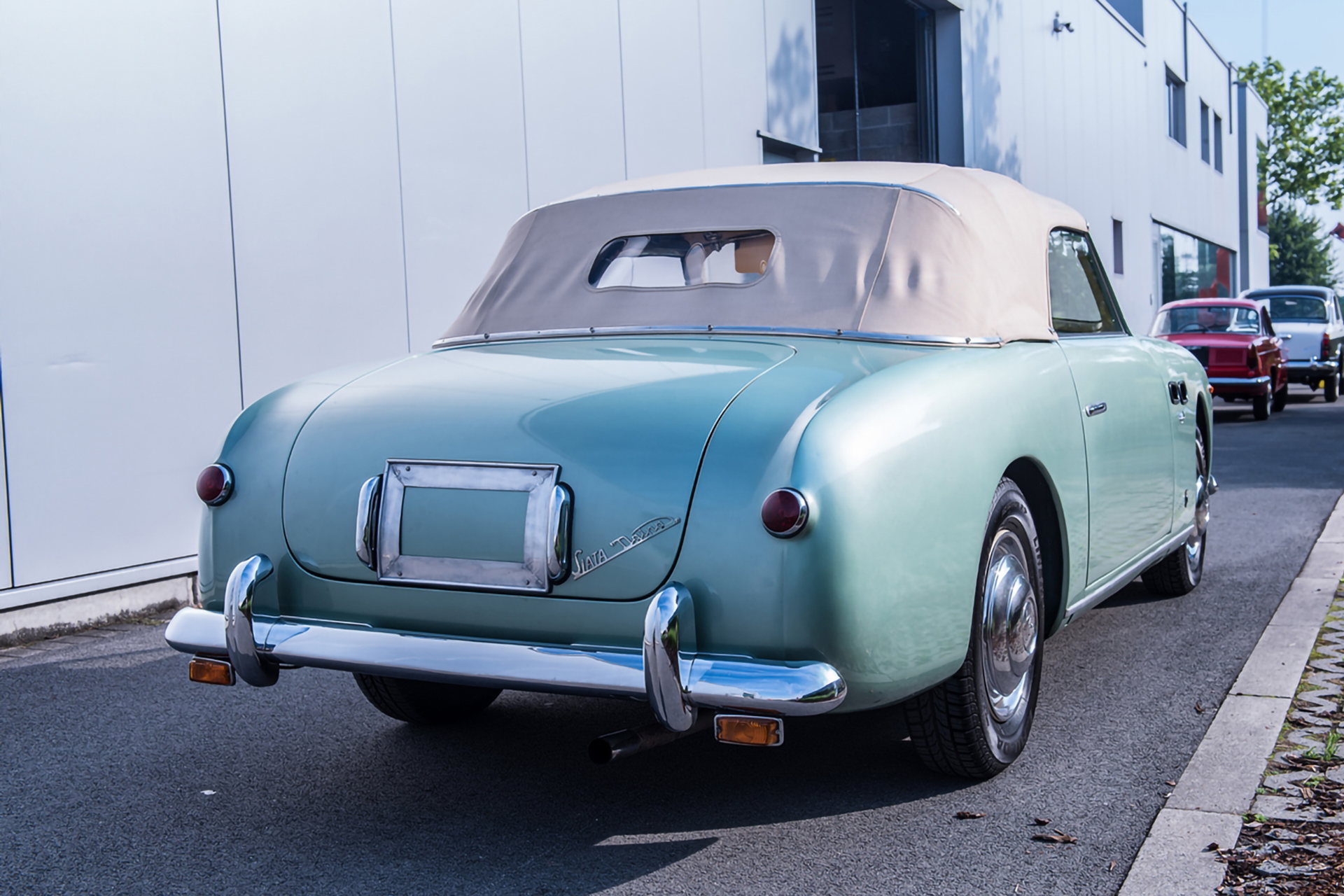 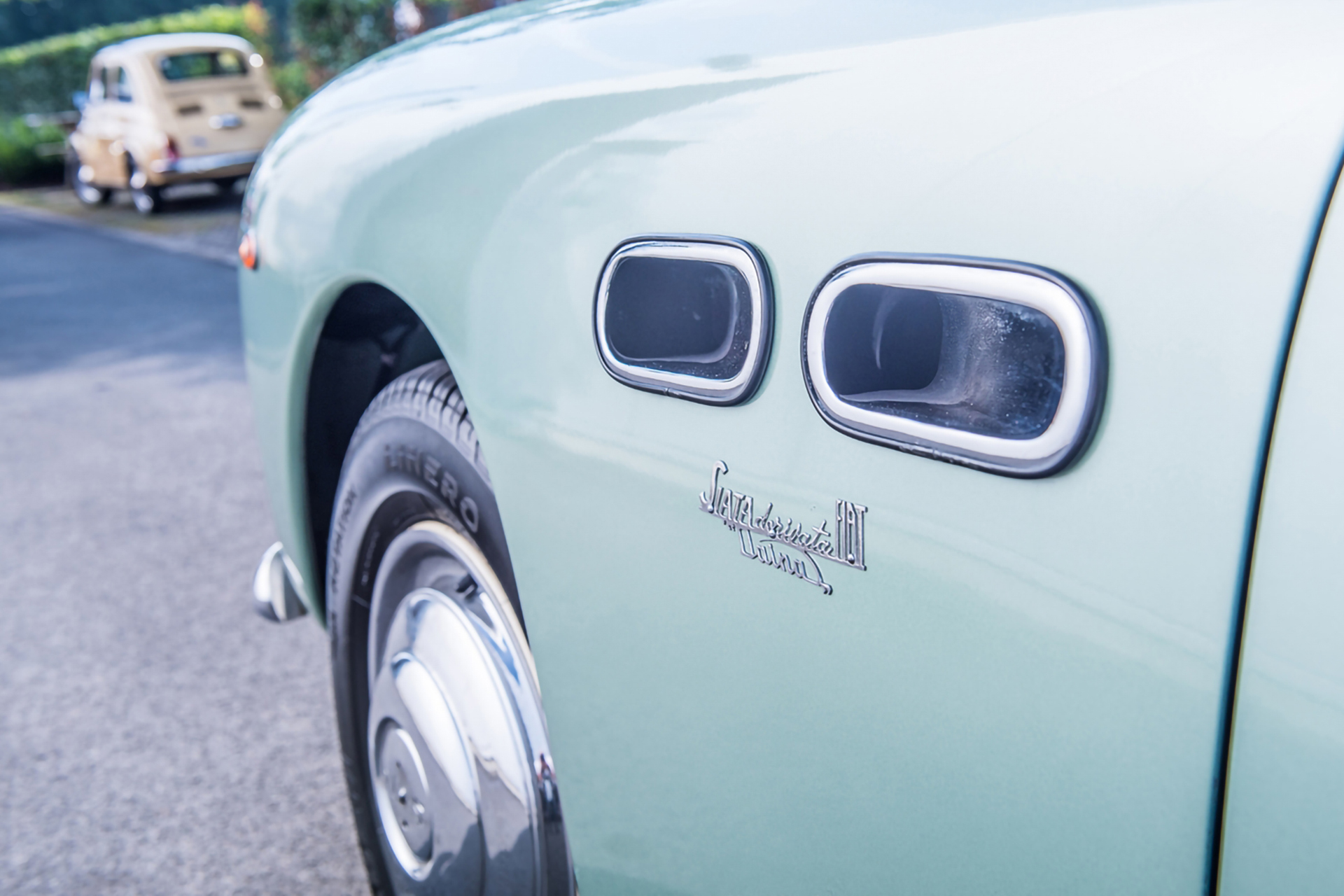 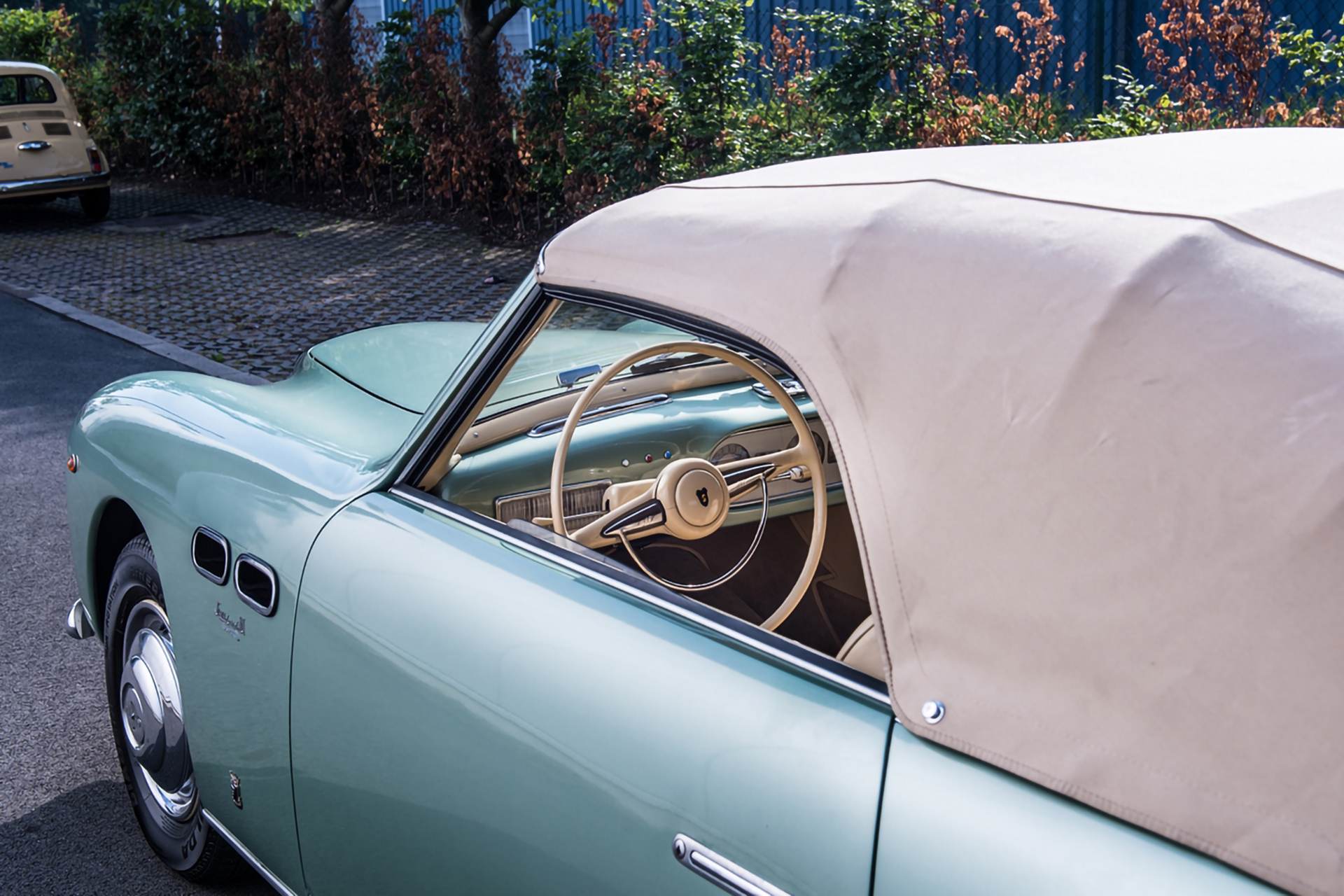 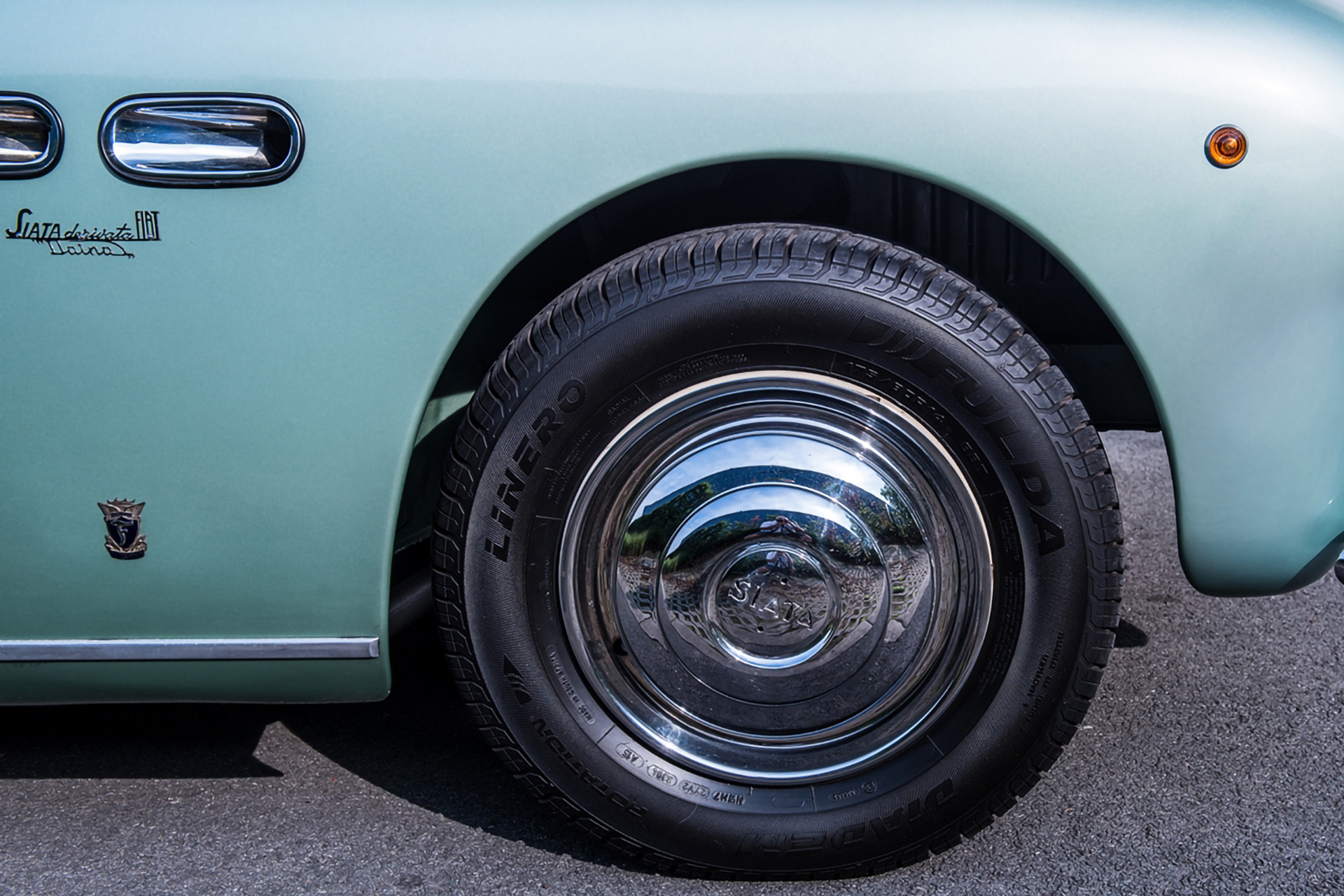 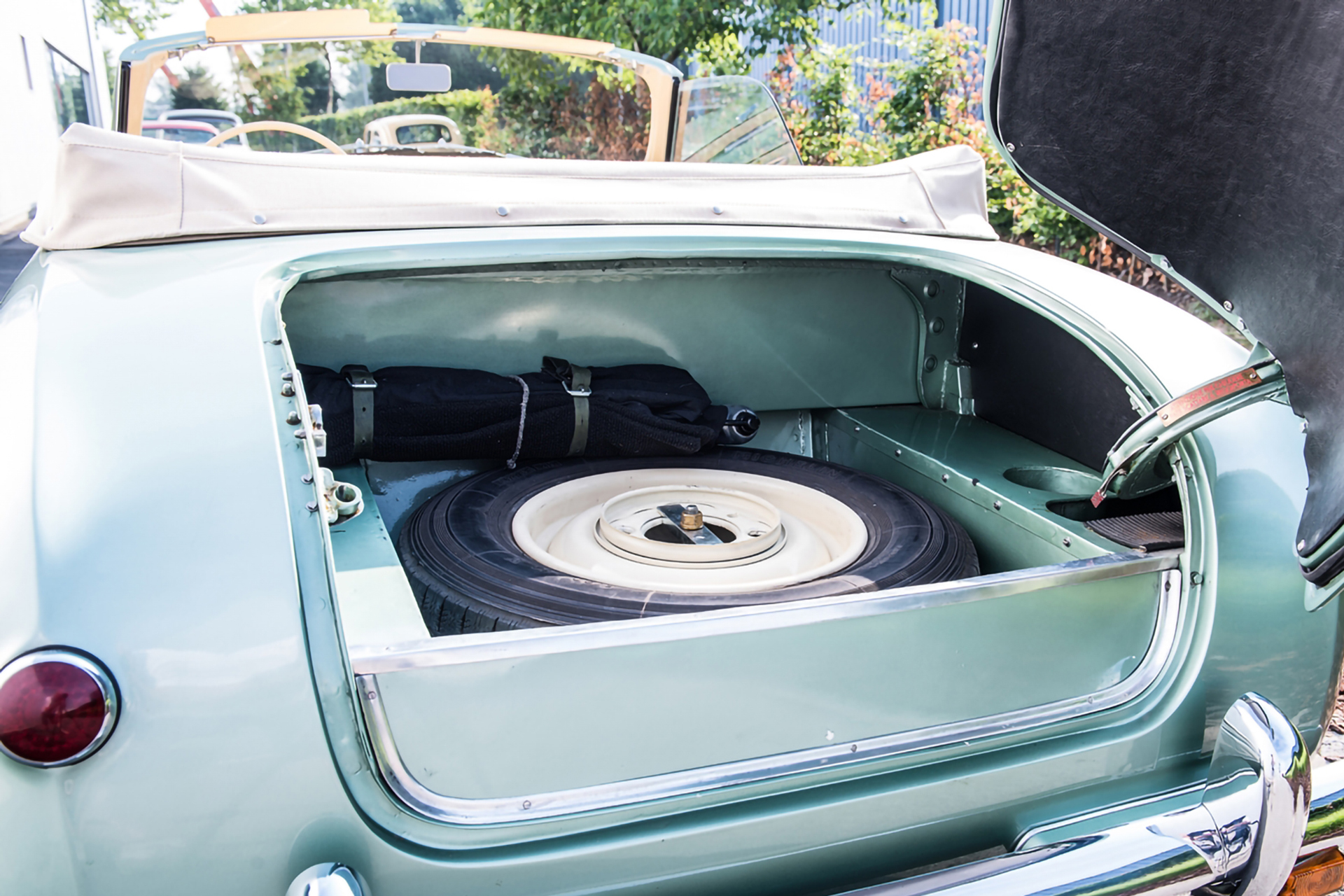 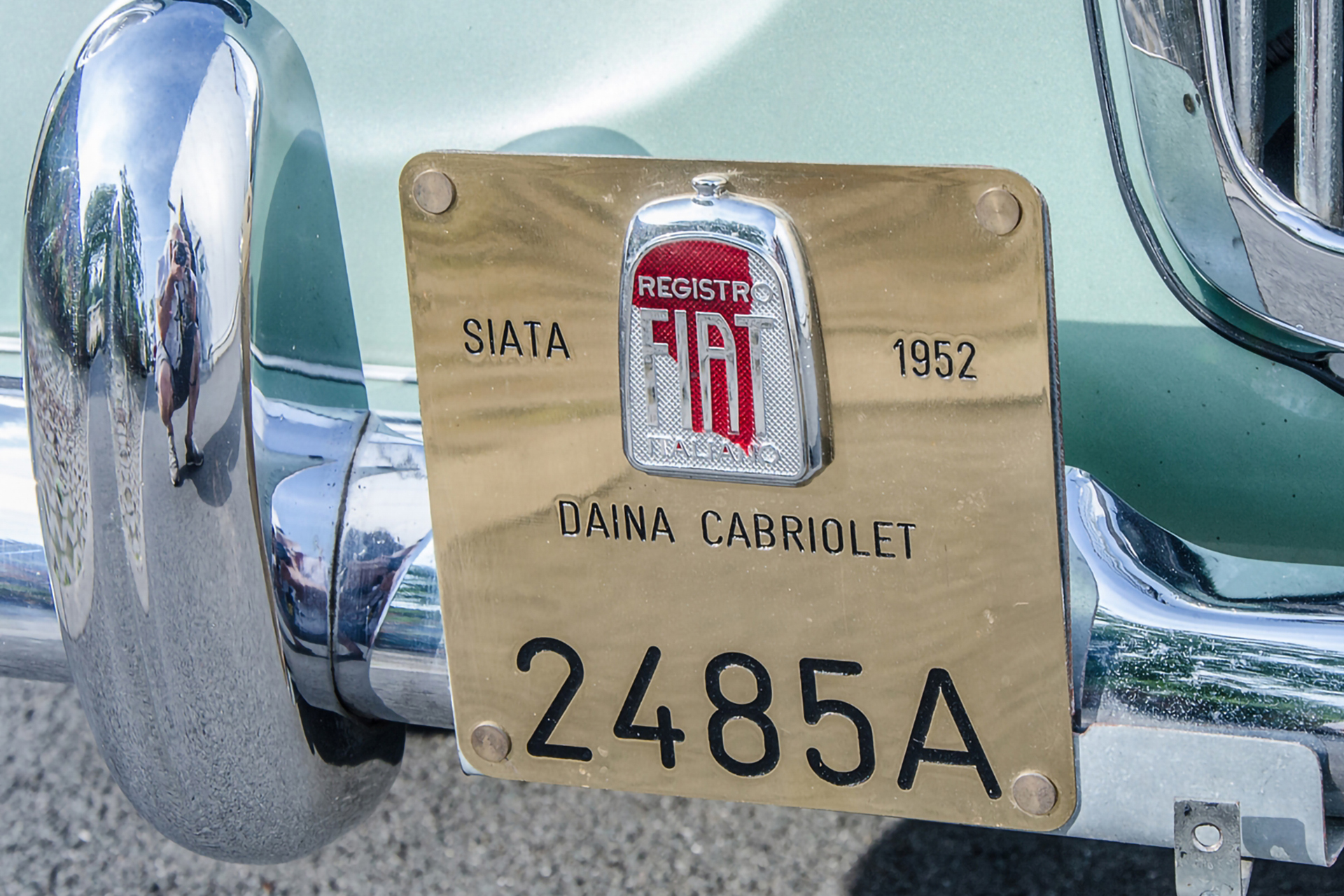 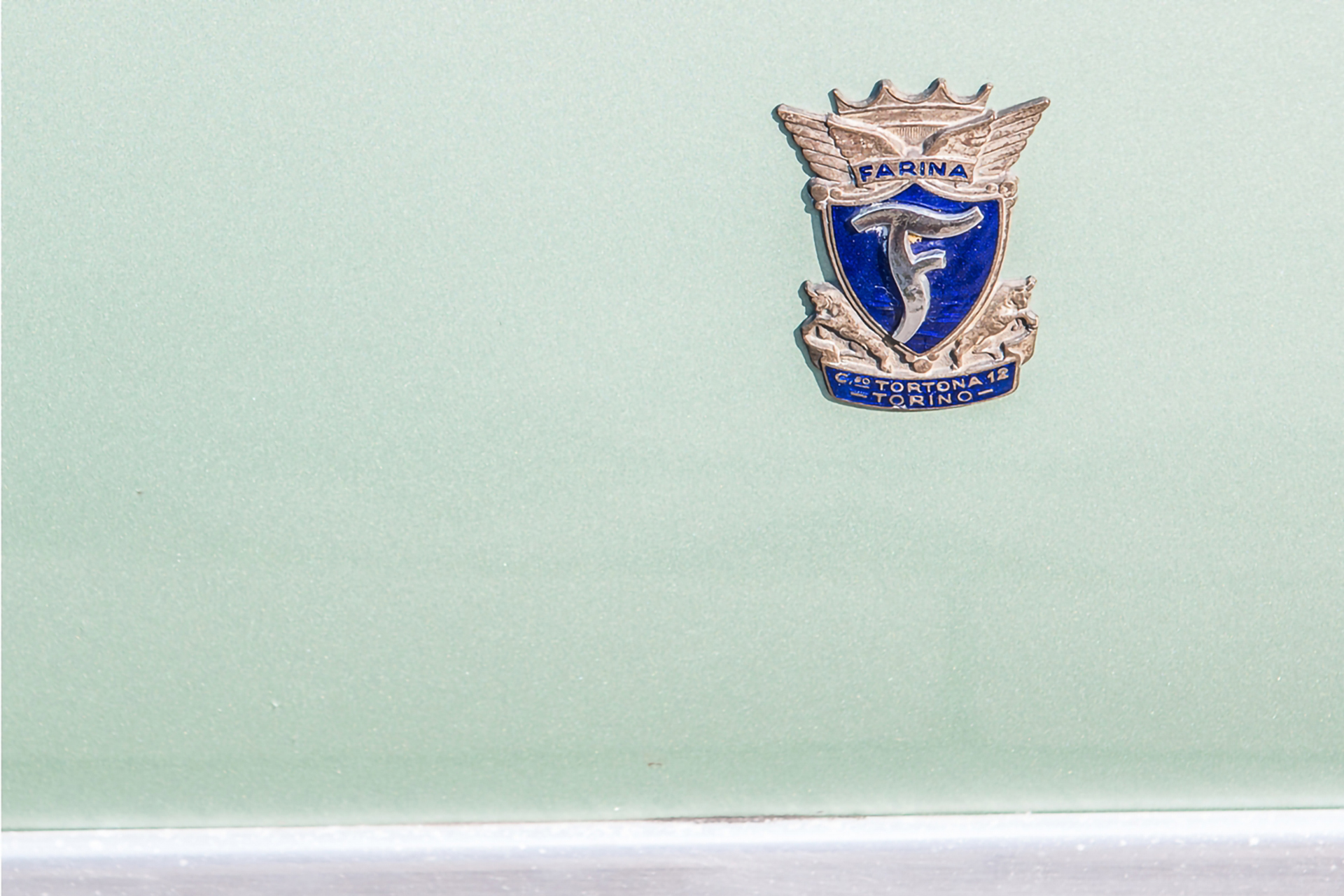 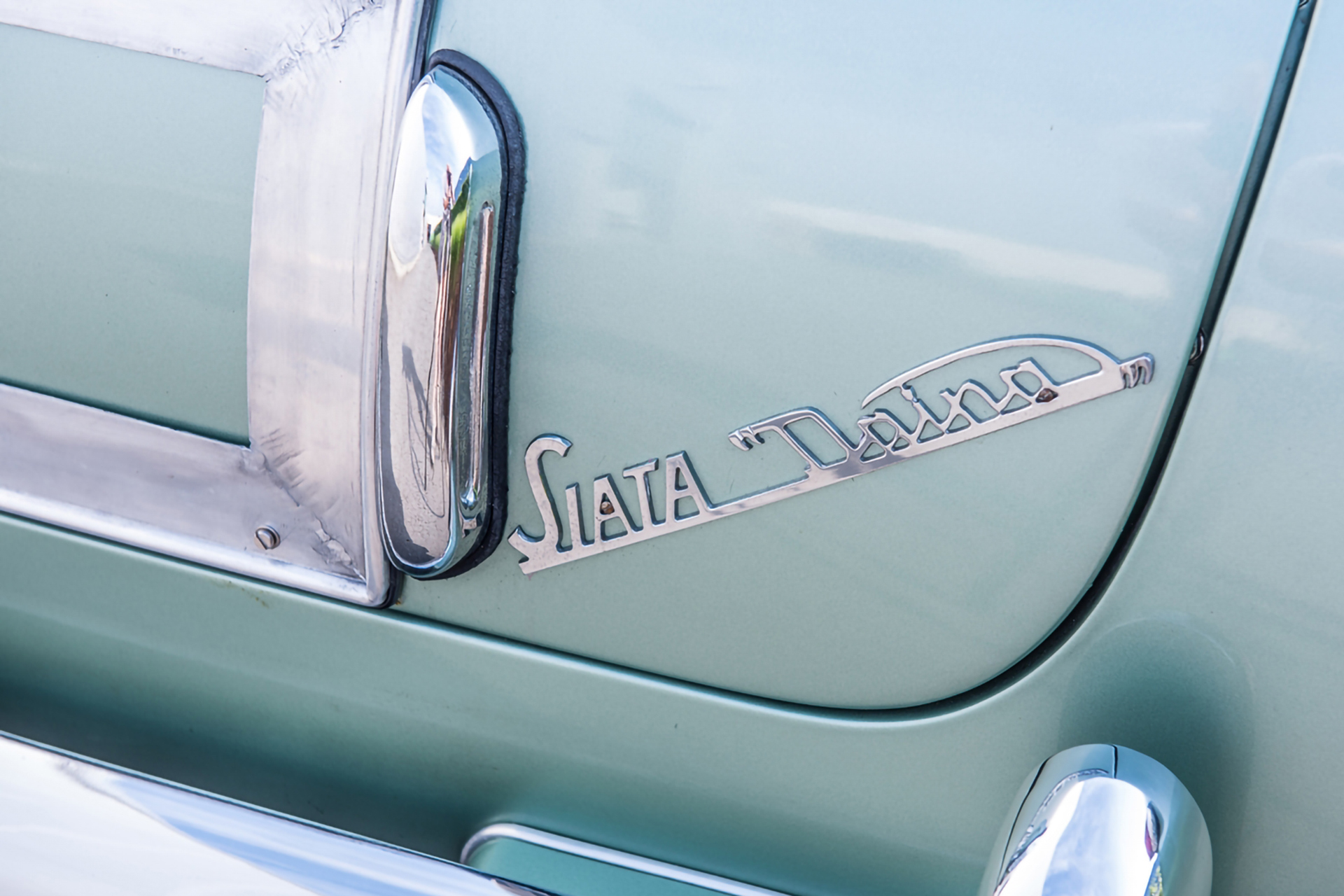 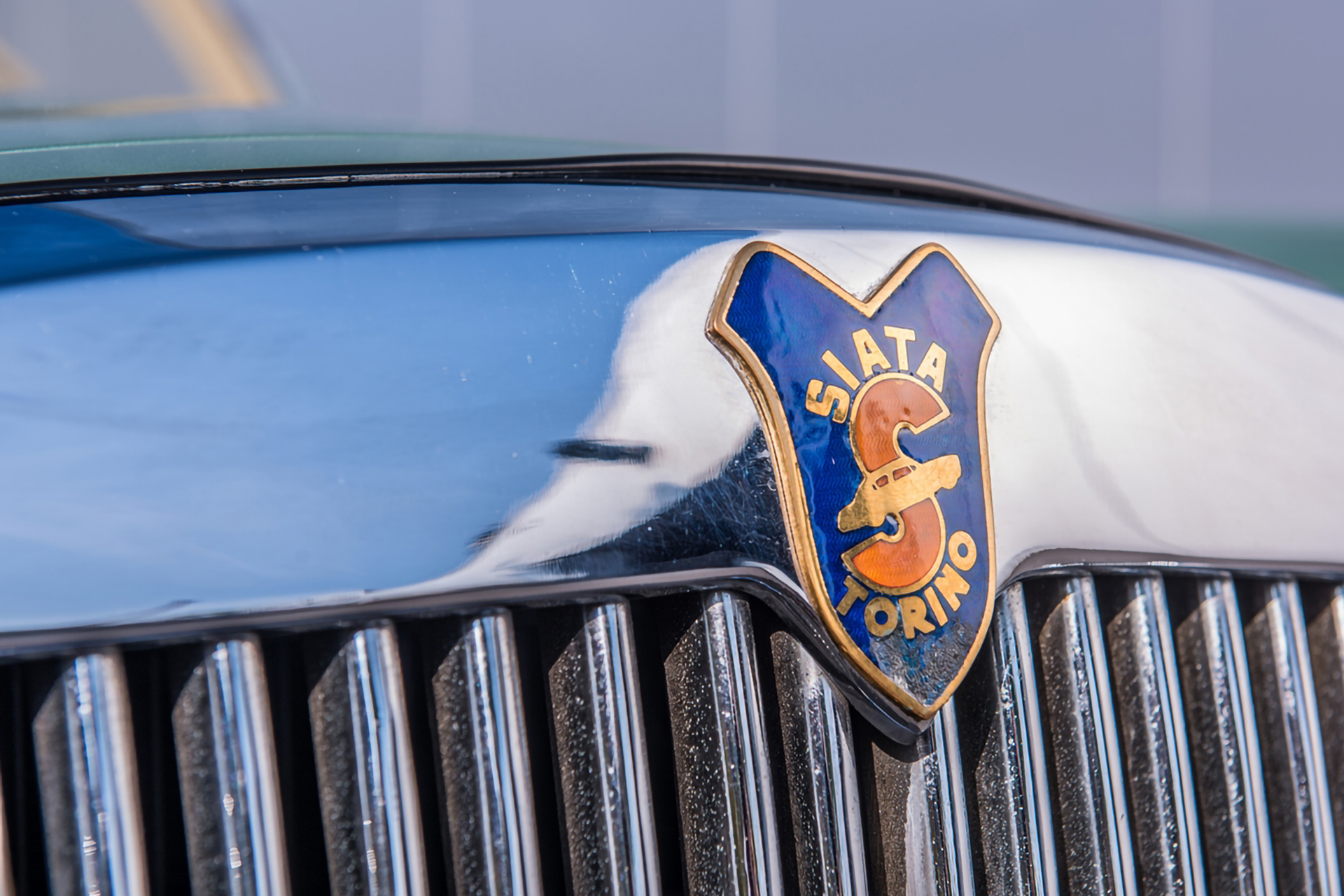 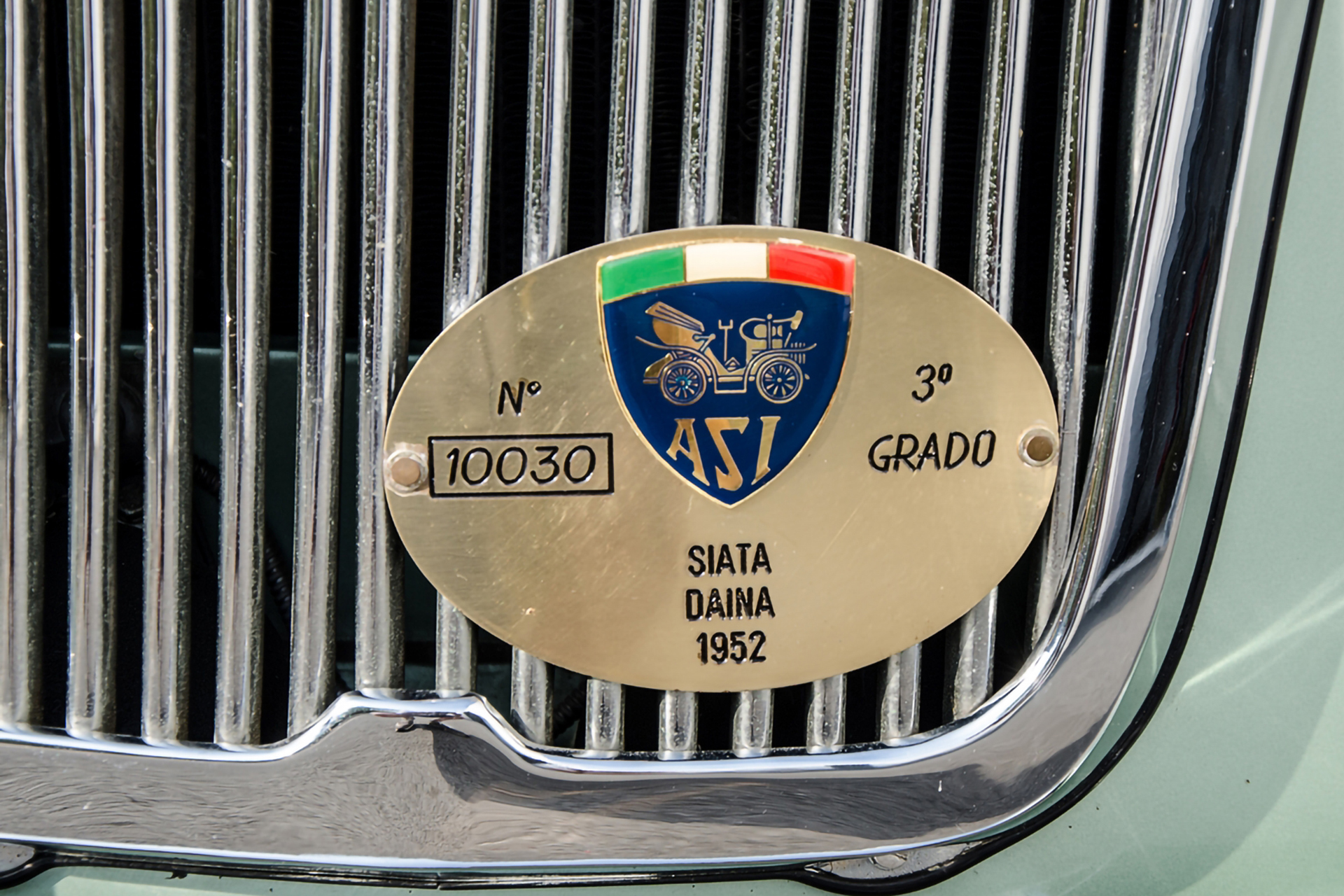 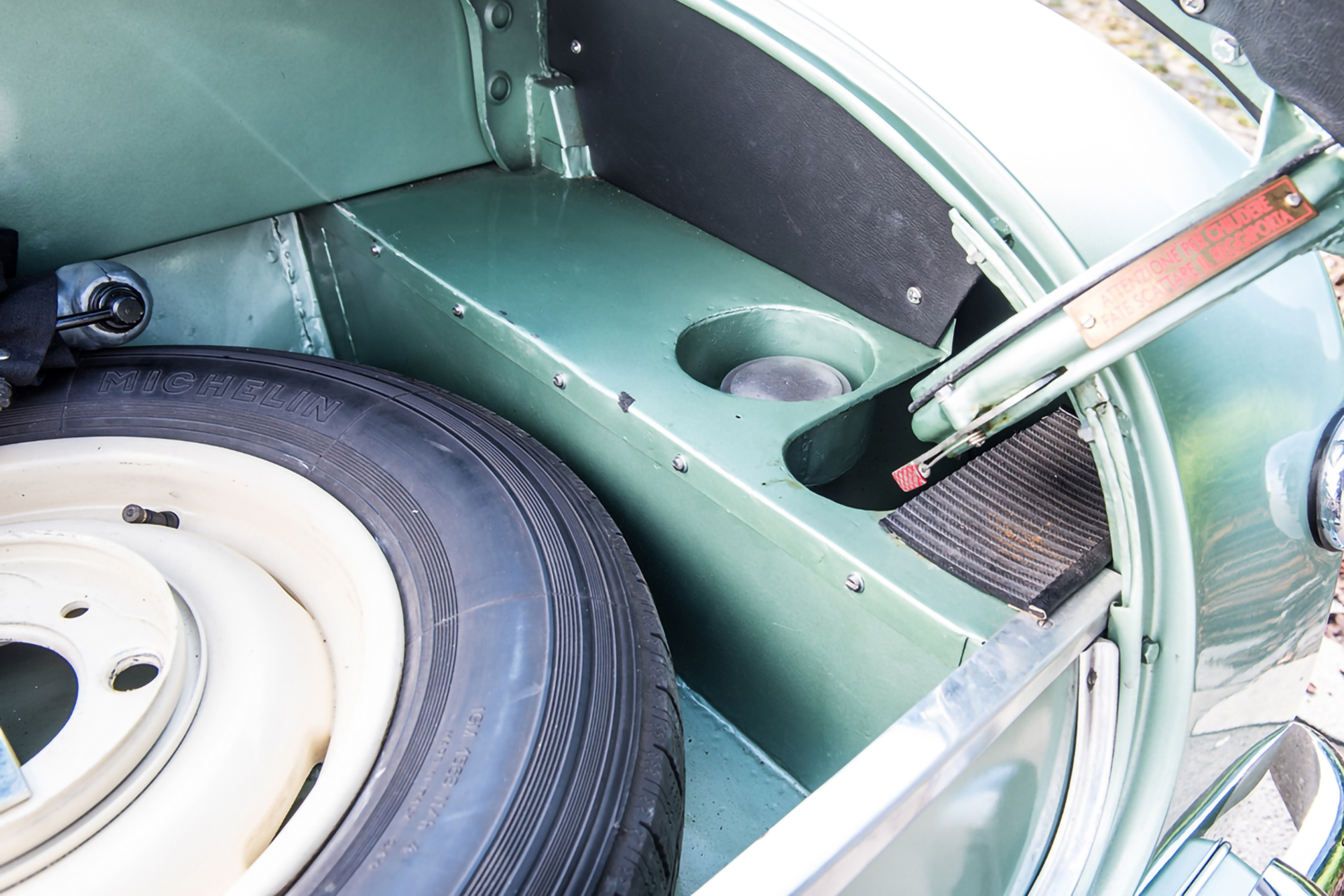 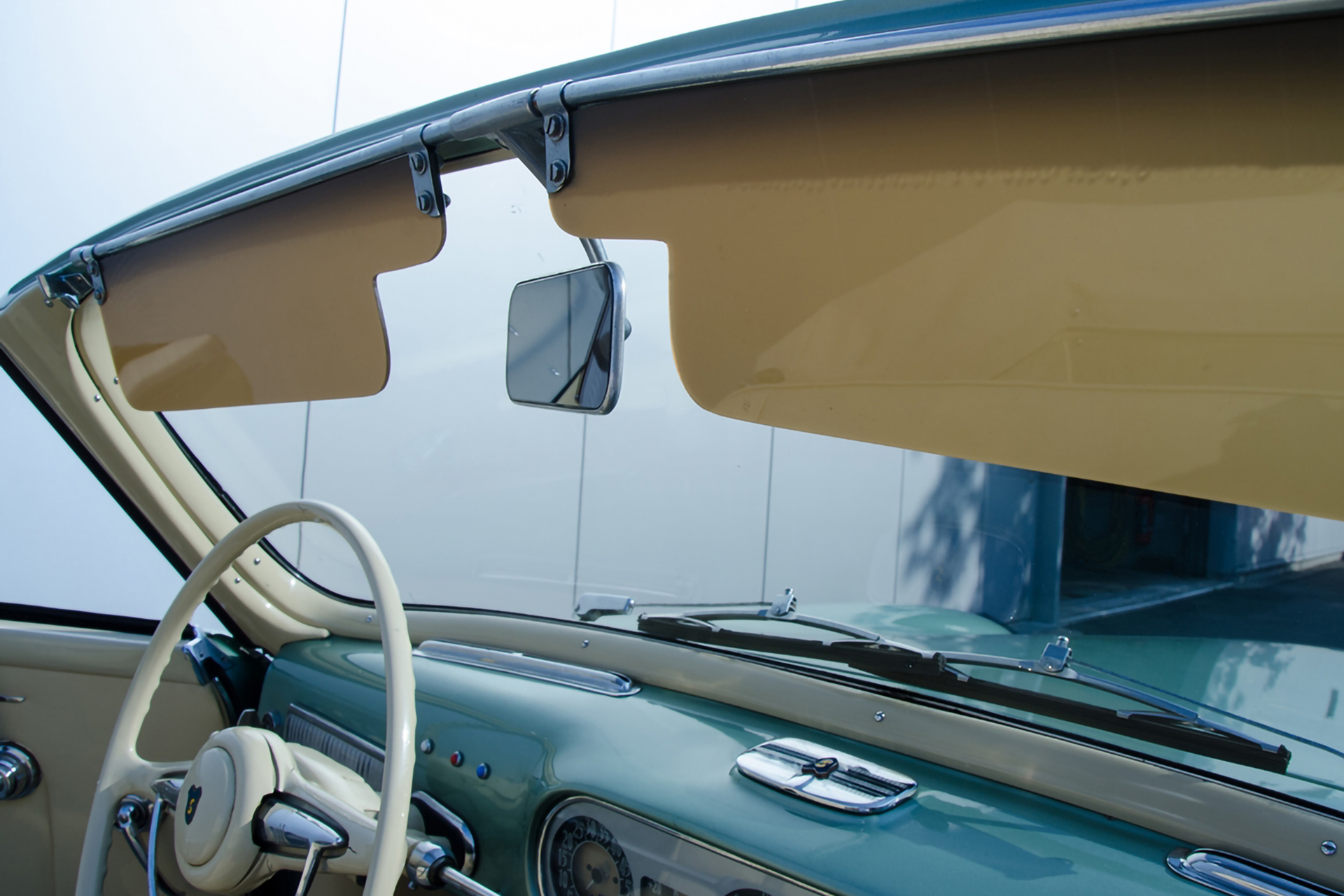 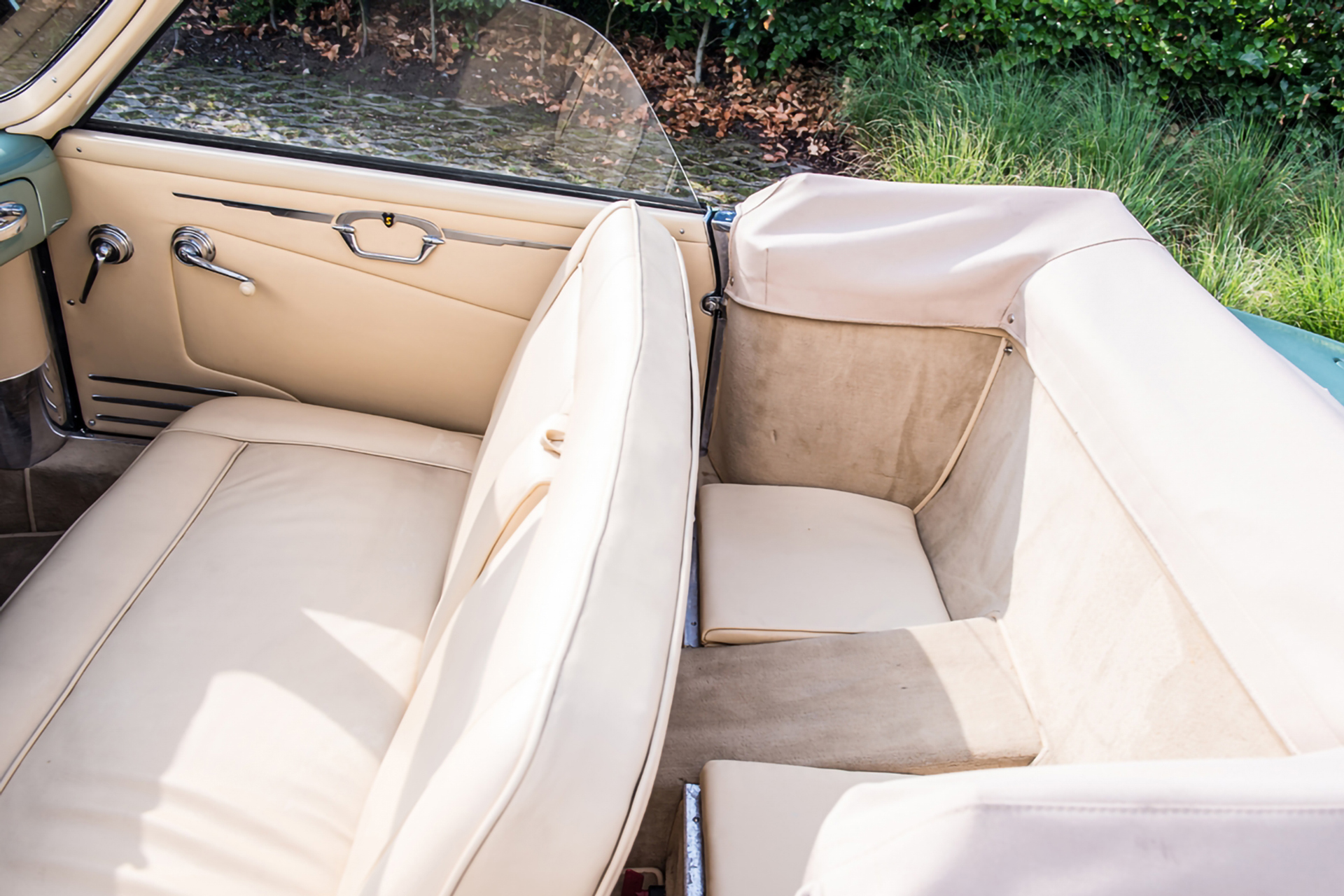 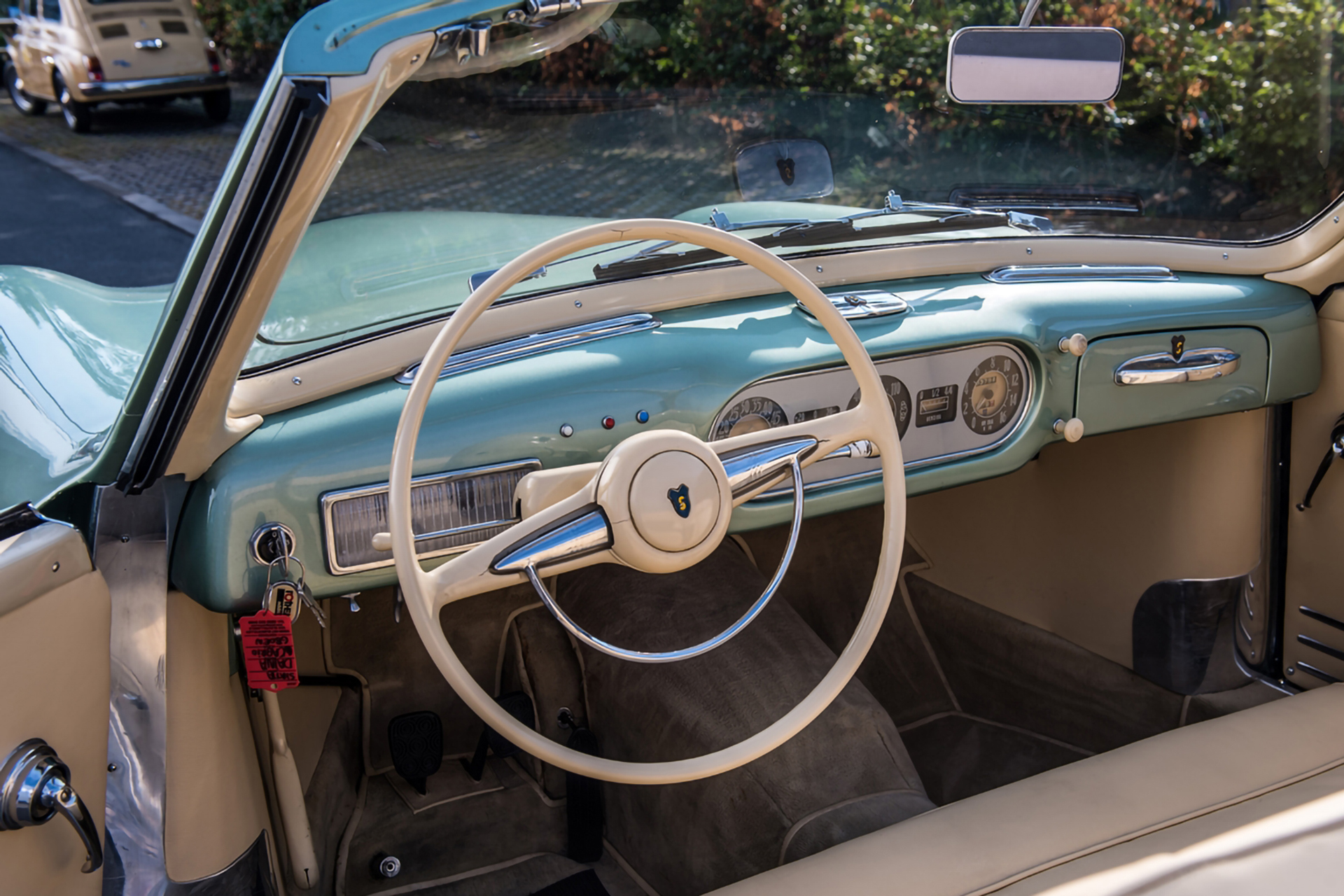 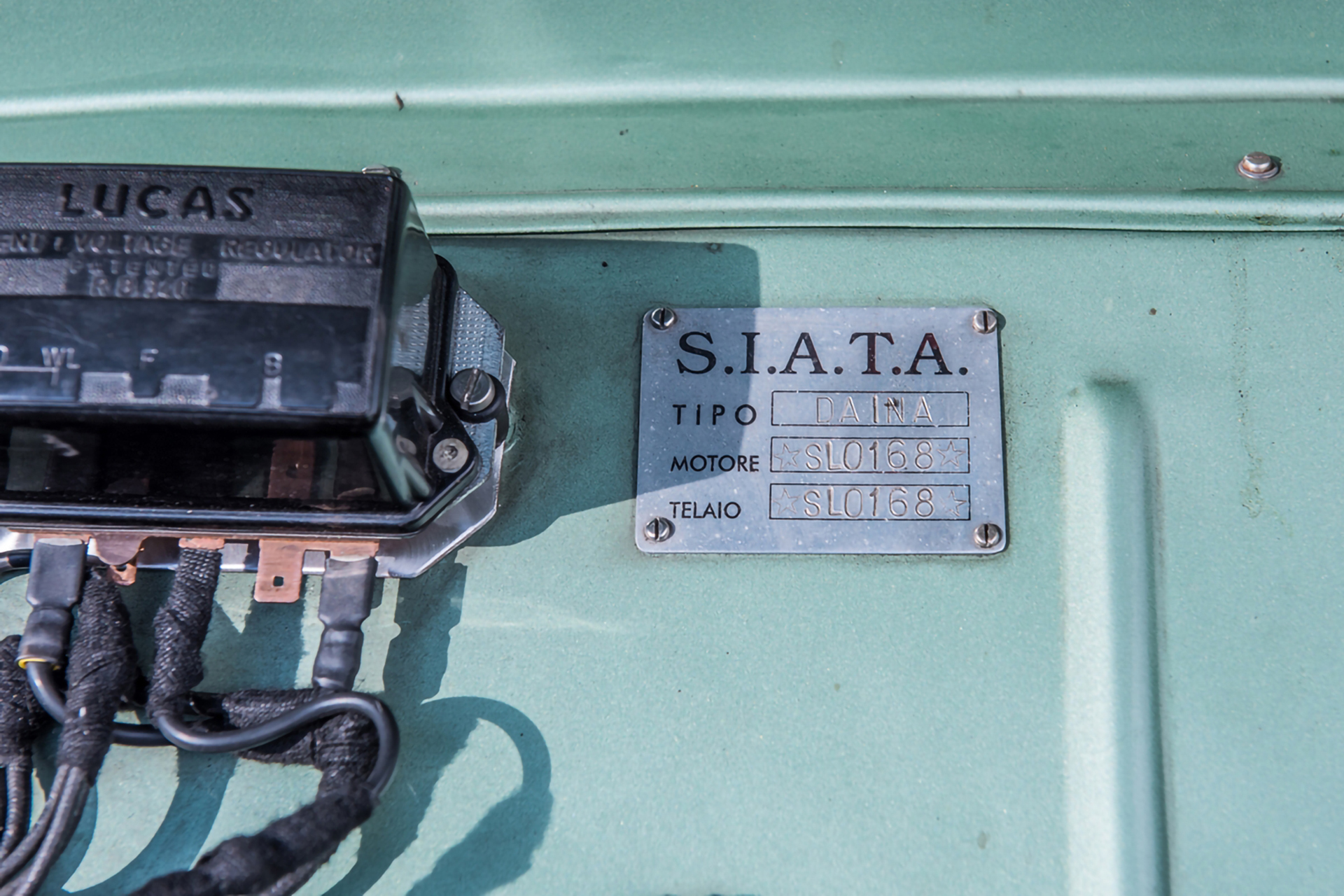 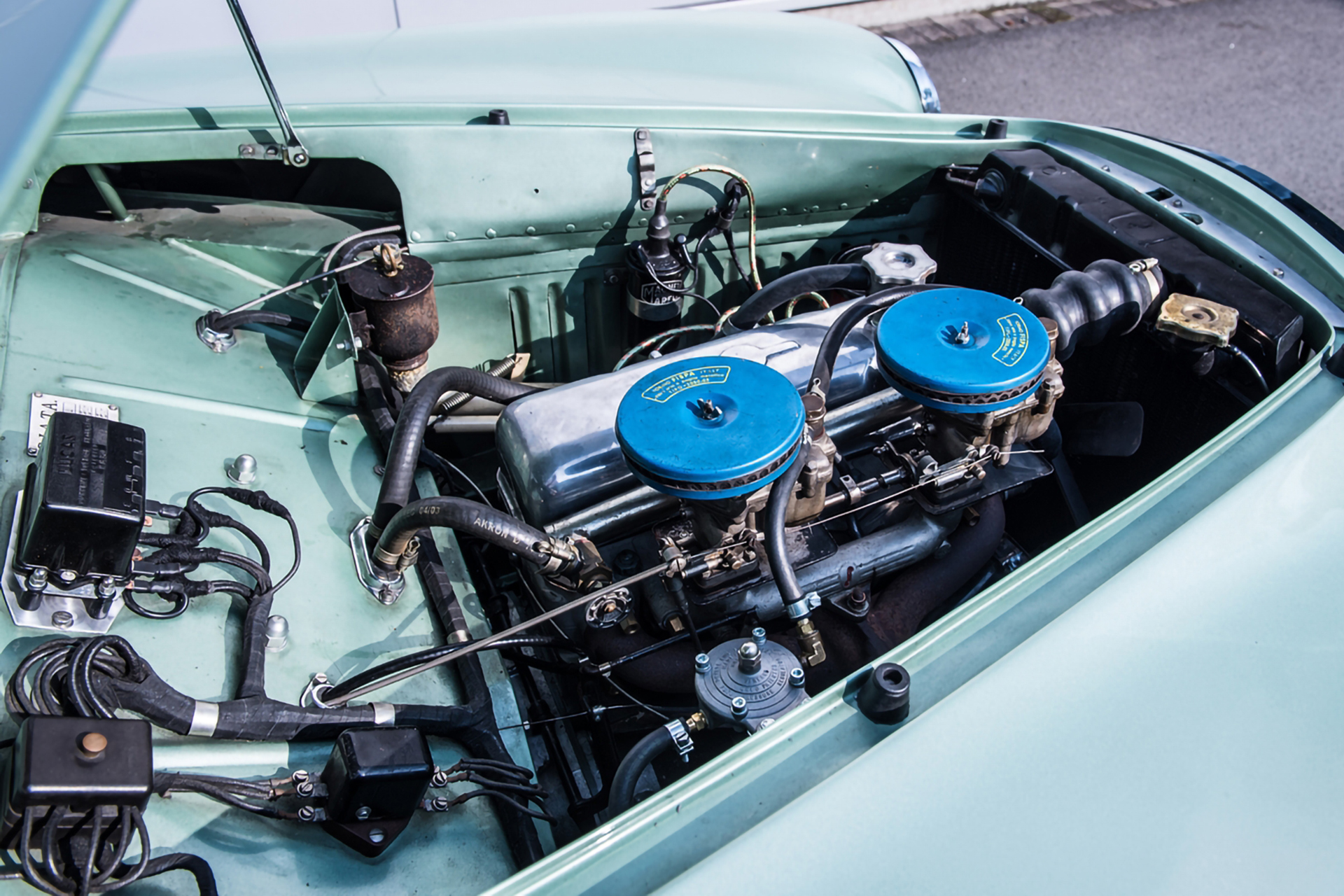