The Stella Alpina is held over three exciting days behind the wheel, driving along some of the most picturesque itineraries in the Dolomites, a UNESCO world heritage site. The

The Stella Alpina is held over three exciting days behind the wheel, driving along some of the most picturesque itineraries in the Dolomites, a UNESCO world heritage site.

The programme is based in Moena, a charming town in the Alps known as the “enchantress of the Dolomites”, after setting off and subsequently returning to Trento, following a route that winds its way through the mountains. A journey taking the crews almost close enough to touch the sky, as they negotiate some of the most exhilarating mountain passes in the Alps and enjoy the combination of marvellous views, fabulous roads with tricky climbs and challenging hairpin bends, impeccable hospitality in Moena’s best hotels, high altitude lunches and dinners.

The race will actually get off to a start after the checks on Friday afternoon, when the crews will race against one another as they drive out of Trento’s city centre and follow the route to gorgeous Val di Fassa, and the town of Moena at its heart.

On Saturday, the race will have a spectacular backdrop as the crews drive along some of the most stunning roads in the Dolomites and crossing seven Alpine passes.

On Sunday, the crews will drive through Val di Fiemme and down the roads in Trentino to Trento, where they will all be invited to lunch and the awards ceremony held at Cantine Ferrari.

These are the ingredients for what will undoubtedly be a very special rally, handled with care by Scuderia Trentina with the support of the Canossa Events Team. 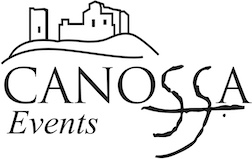