28 Oct THE AGE OF THE RAIDS OF GENTE MOTORI MAGAZINE

Posted at 15:05h in Articles, Ruote Leggendarie by Denis

The age of the raids of Gente Motori Magazine

It was a usual day in 1975 when at Pubblimais I received the phone call of Mr. Gianni Marin, the director of Gente Motori magazine.
He was excited to talk about the amazing raids around the world that they had been organizing for some time already. He told me about how cars of important brands, such as Fiat, Lancia, Citroën, Renault, Peugeot, Opel, Volvo, Skoda were transported for thousands of kilometers to the most famous places on earth. They became part of stunning sceneries such as the pyramids in Egypt, the amazon forest, the Great Canyon, the ancient Peru of Incas or the Great Wall. In those beautiful but hostile environments cars were pushed to the limits regarding fuel consumption, reliability, distance, perfoming real records. In the meanwhile fascinating photographic reports were published on the magazine with great success of public, also thanks to the journalist Mr. Carlo Casagrande who was closely following the raids.
Mr. Marin told me that the following raid was going to take place in Mexico (hence the name “Carrera Messicana”) and they needed me to create the graphics for three Beta Montecarlo cars. Without hesitation I told him I wanted to join the project.

From that phone call the partnership between Gente Motori and Pubblimais was born, lasting until the first years of the 80s. Paint graphics of several cars were realized, not just by simply painting but also taking part to the creation process. 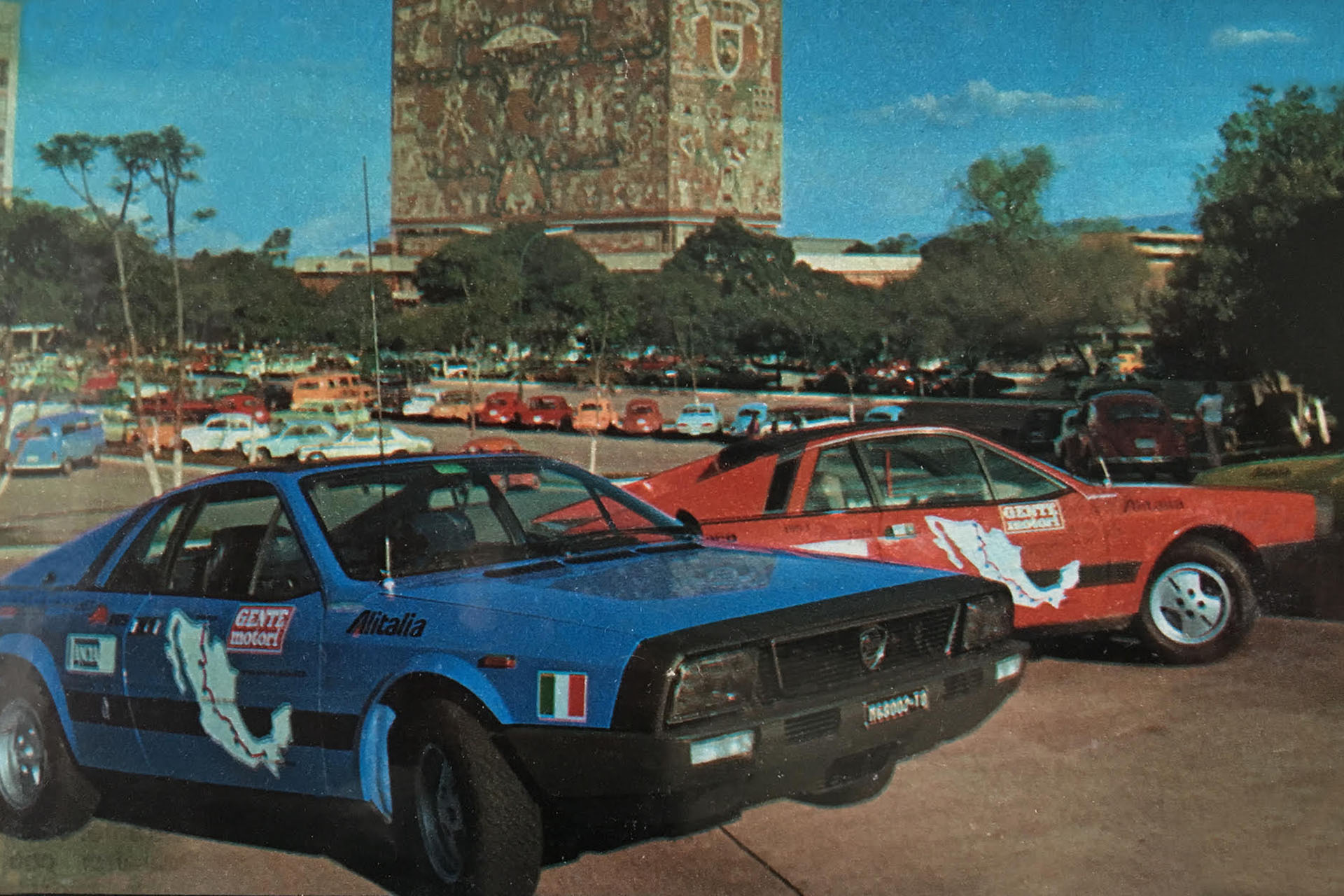 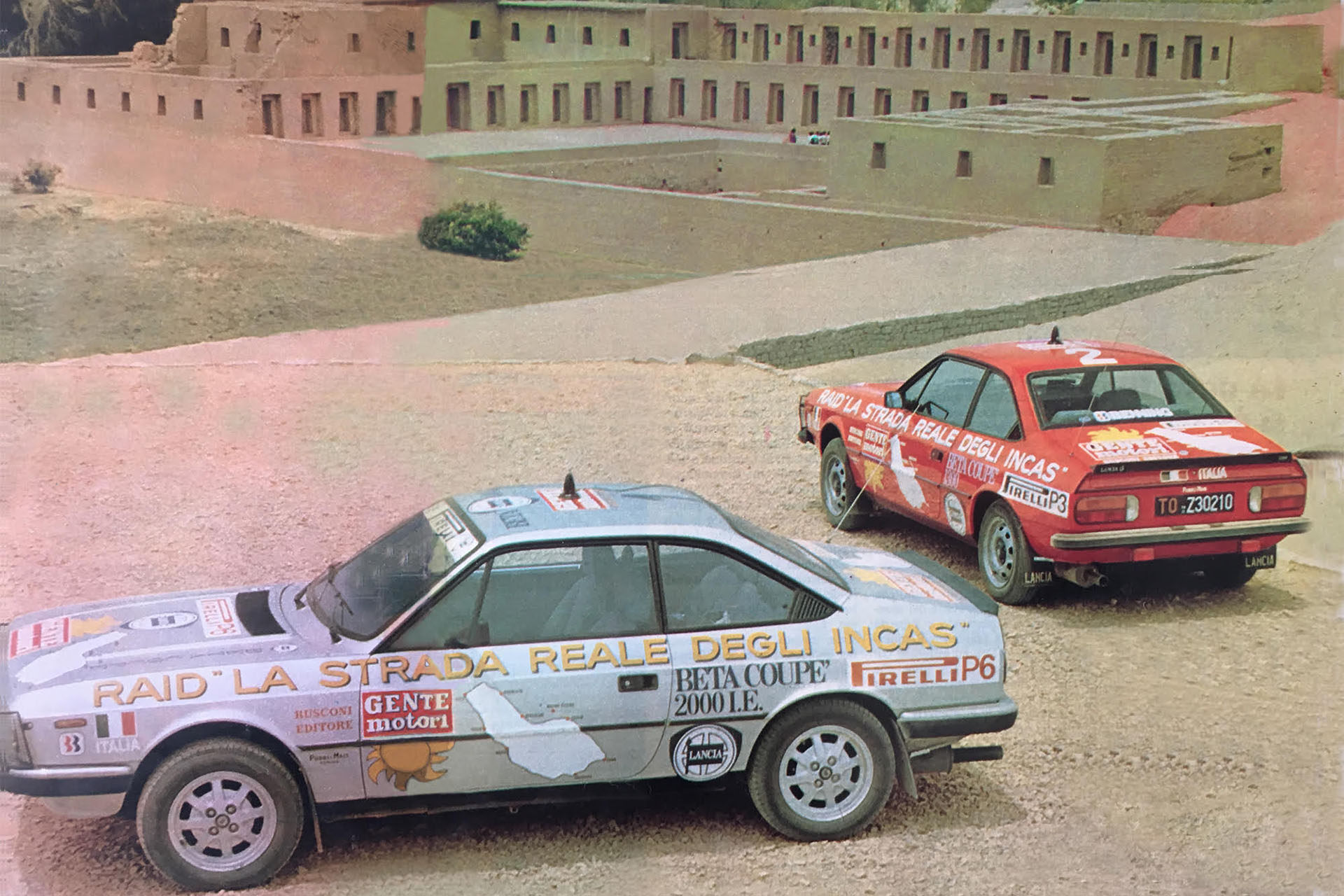 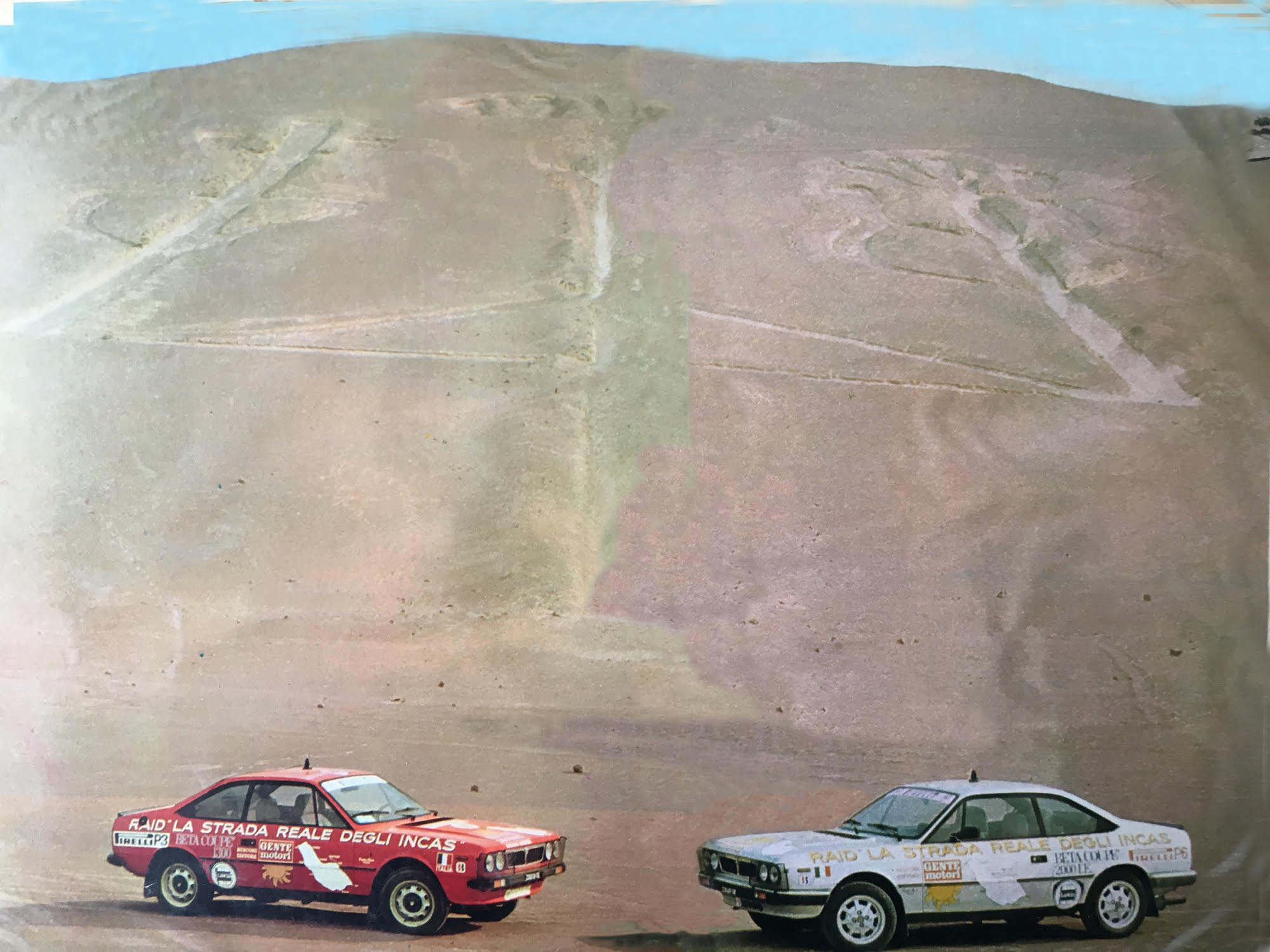 The process was as following. Gianni created an atmosphere of great friendship and understanding and he was calling me from Milano just before a new raid, in order to provide the main information. That is, in which country or continent was the event going to take place, the precise route that the cars would follow, sometimes also the name of the raid, if defined. Furthermore, for every raid there was the need to create a specific image that recalled the history of that hosting place. Often the director sent me by mail a pencil sketch made by himself, just to give me an inspiration. I was starting to work, refining his idea and adding newly created elements that were appreciated by him with enthusiasm most of the times. 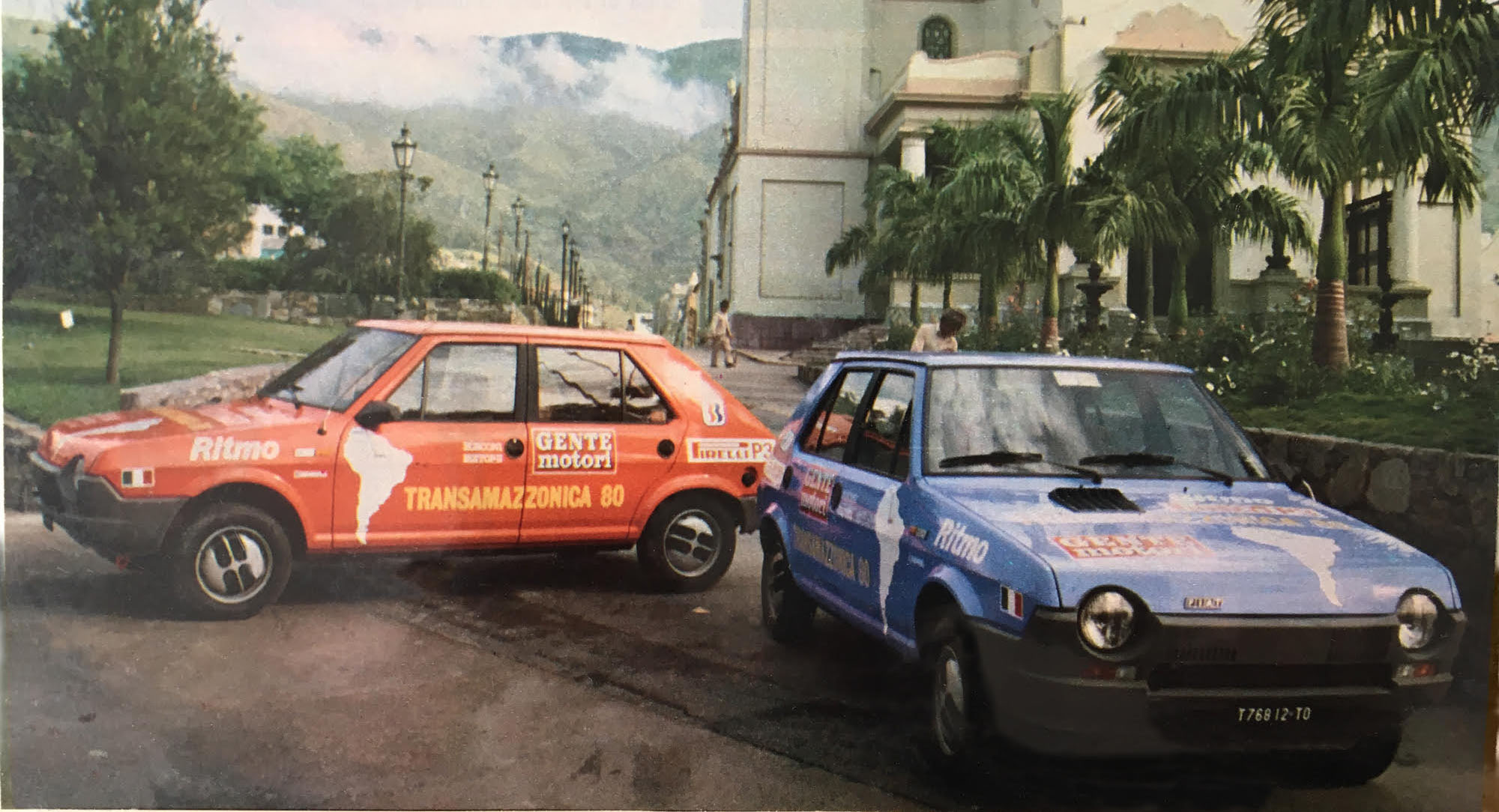 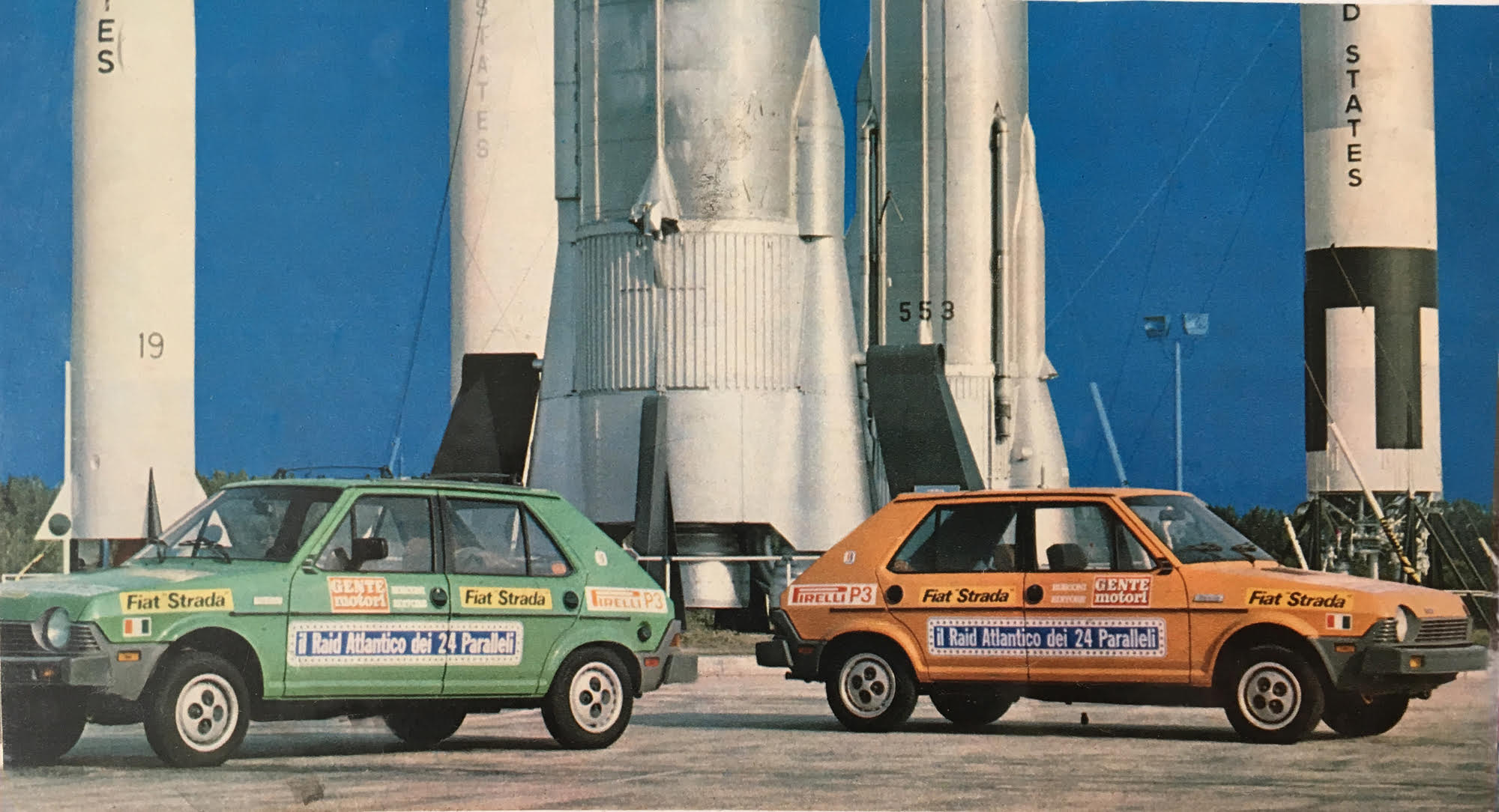 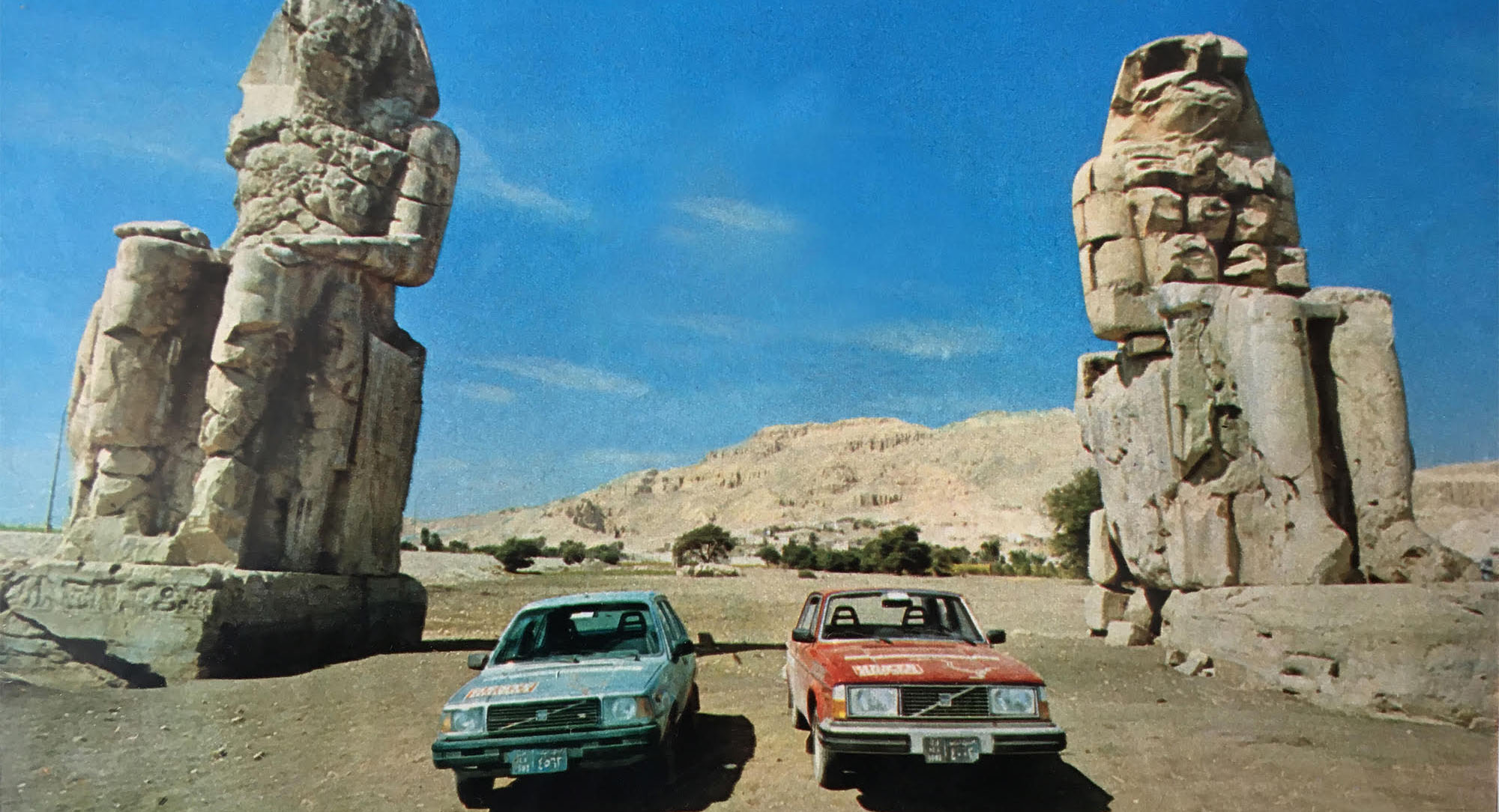 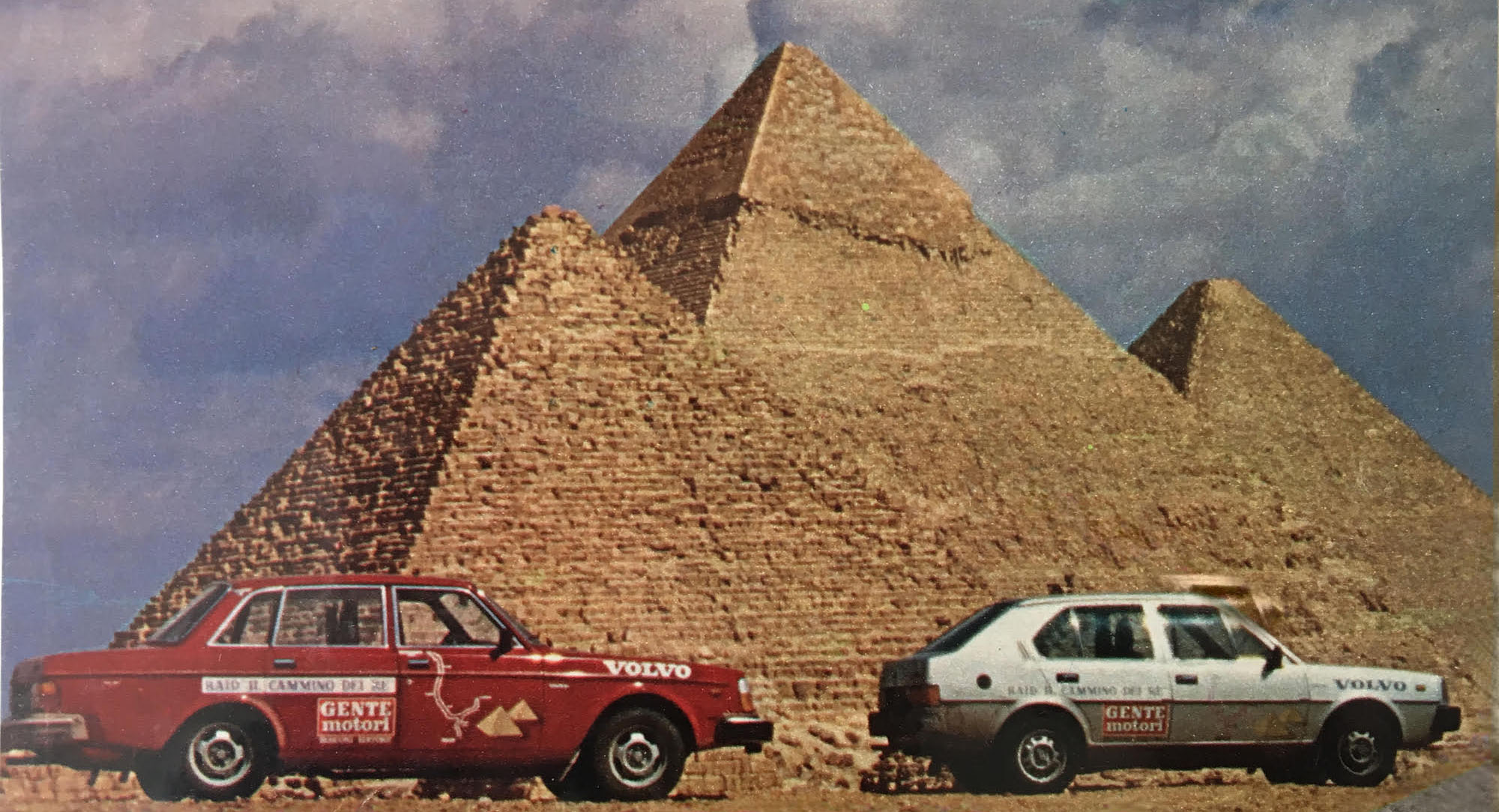 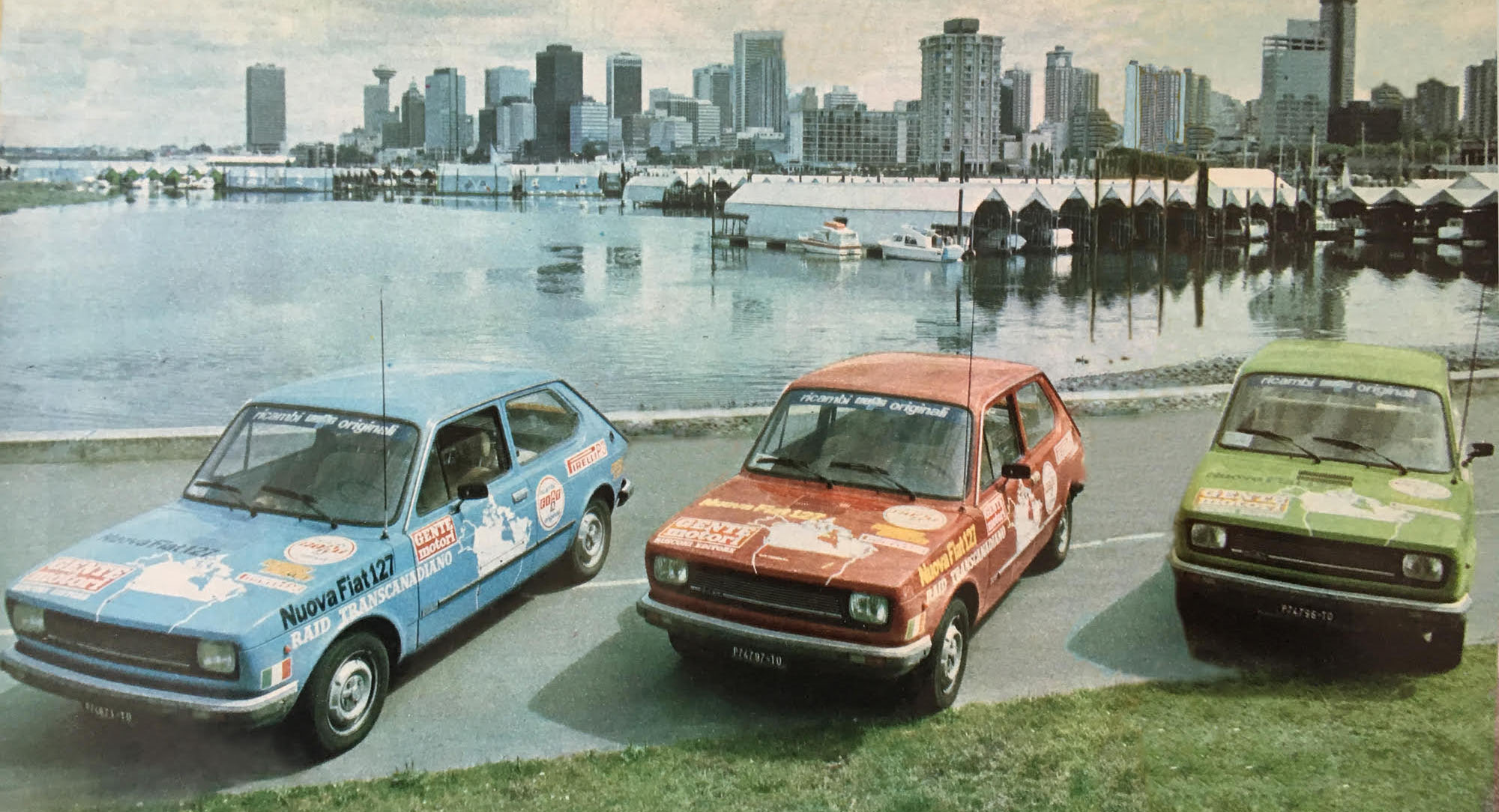 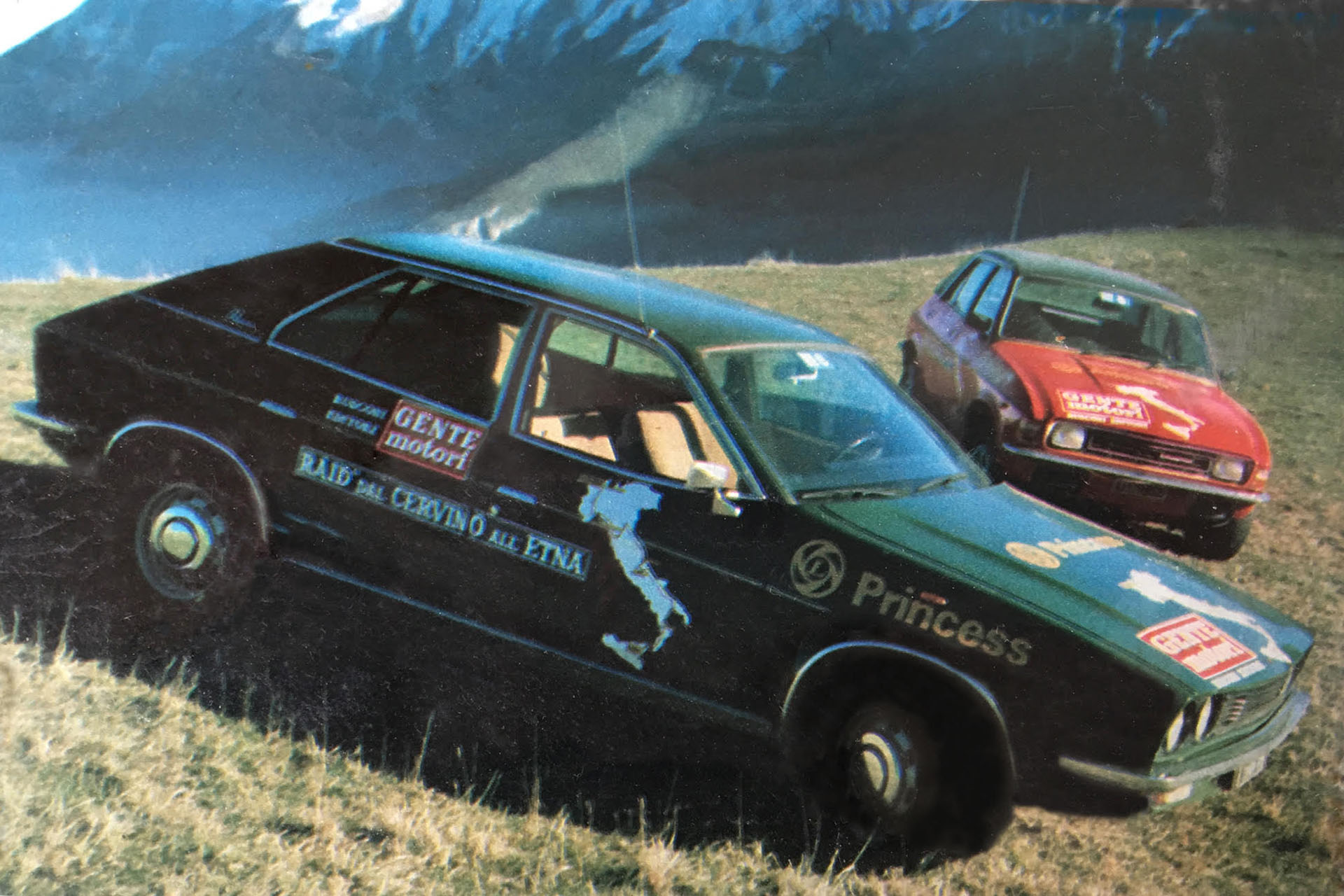 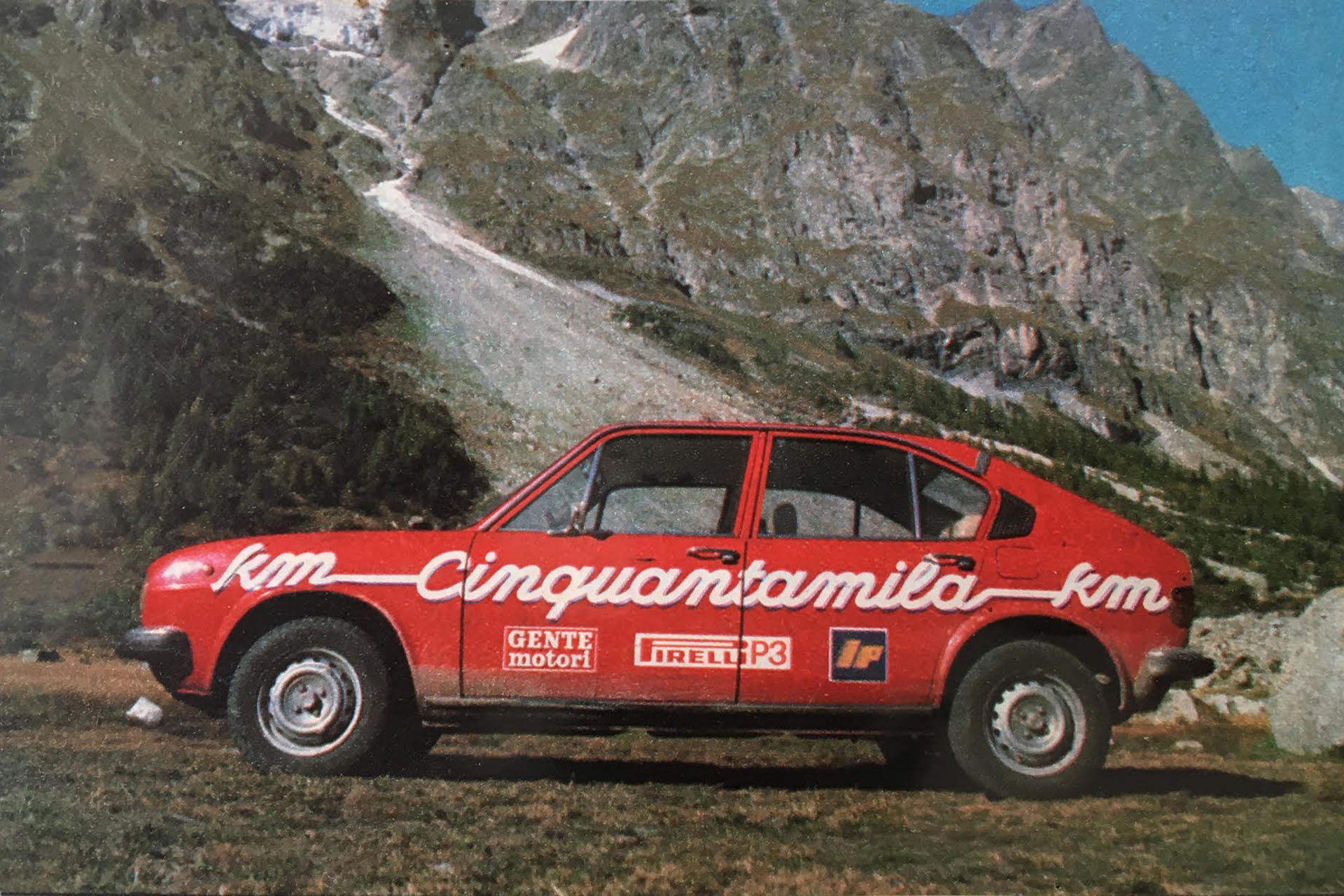 At that time, the availability of images to be inspired from was not high and easy as today, as internet was missing and on TV it was limited. So the sources were mostly people imagination, books at home or objects from everyday life around us. That was how one of my most successful creations was born: the US map with the feathered hat of the native Americans on it, created fot the Pony Express Raid. The idea came by watching an image on the seat of a bike parked in a road! The drawing of the Pony Express Raid was so highly appreciated that once back from America, two Lancia Deltas showing those image were left on display for some time in Via Roma, an important street in the city center of Turin. The cars were then taken to PubbliMais, in order to prepare them for the next raid in Alaska, called Notte Polare (polar night). On the bonnet I just added the face of a walrus in the center of the map and sprayed a snow effect on top of the letters! 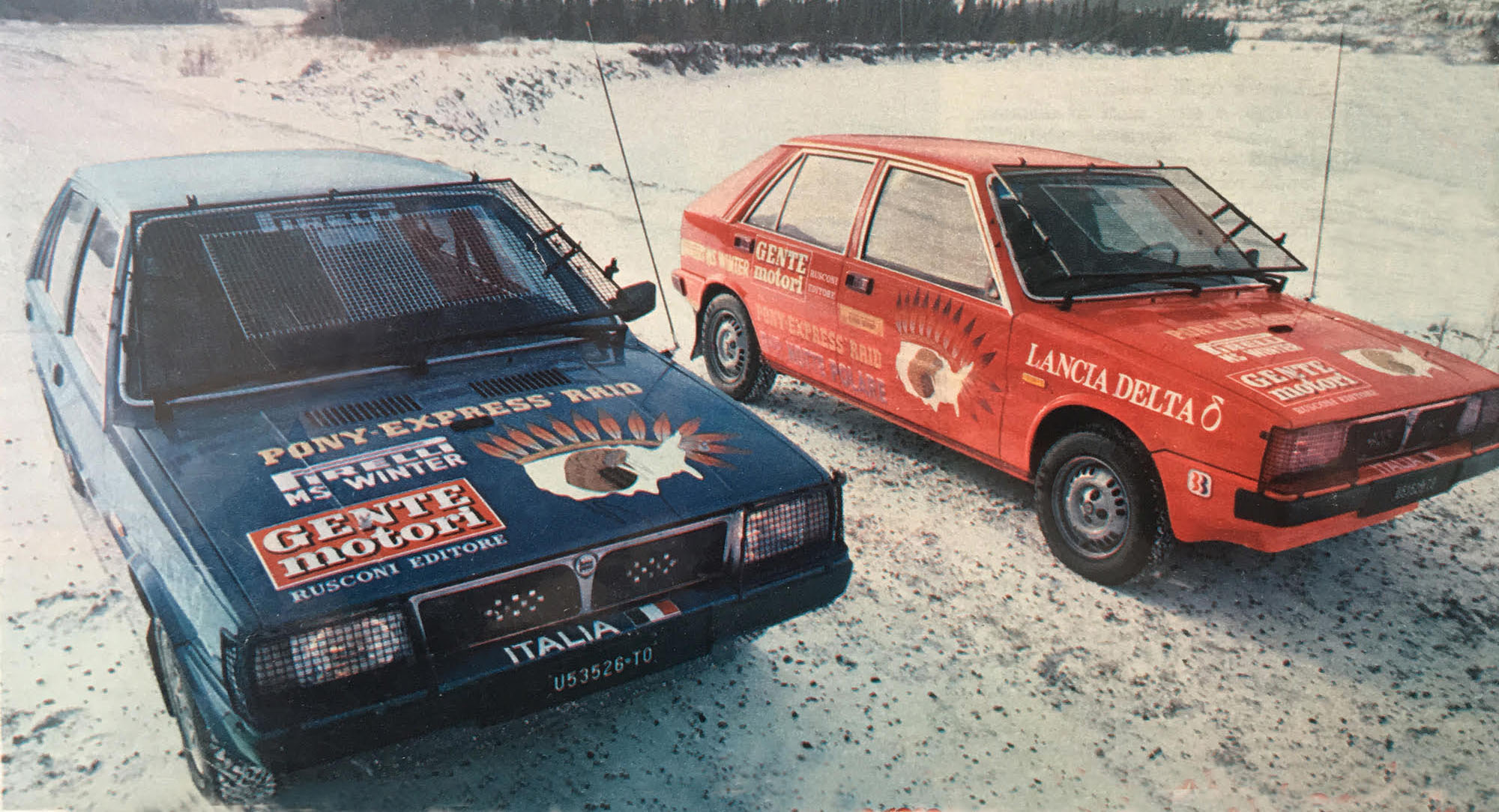 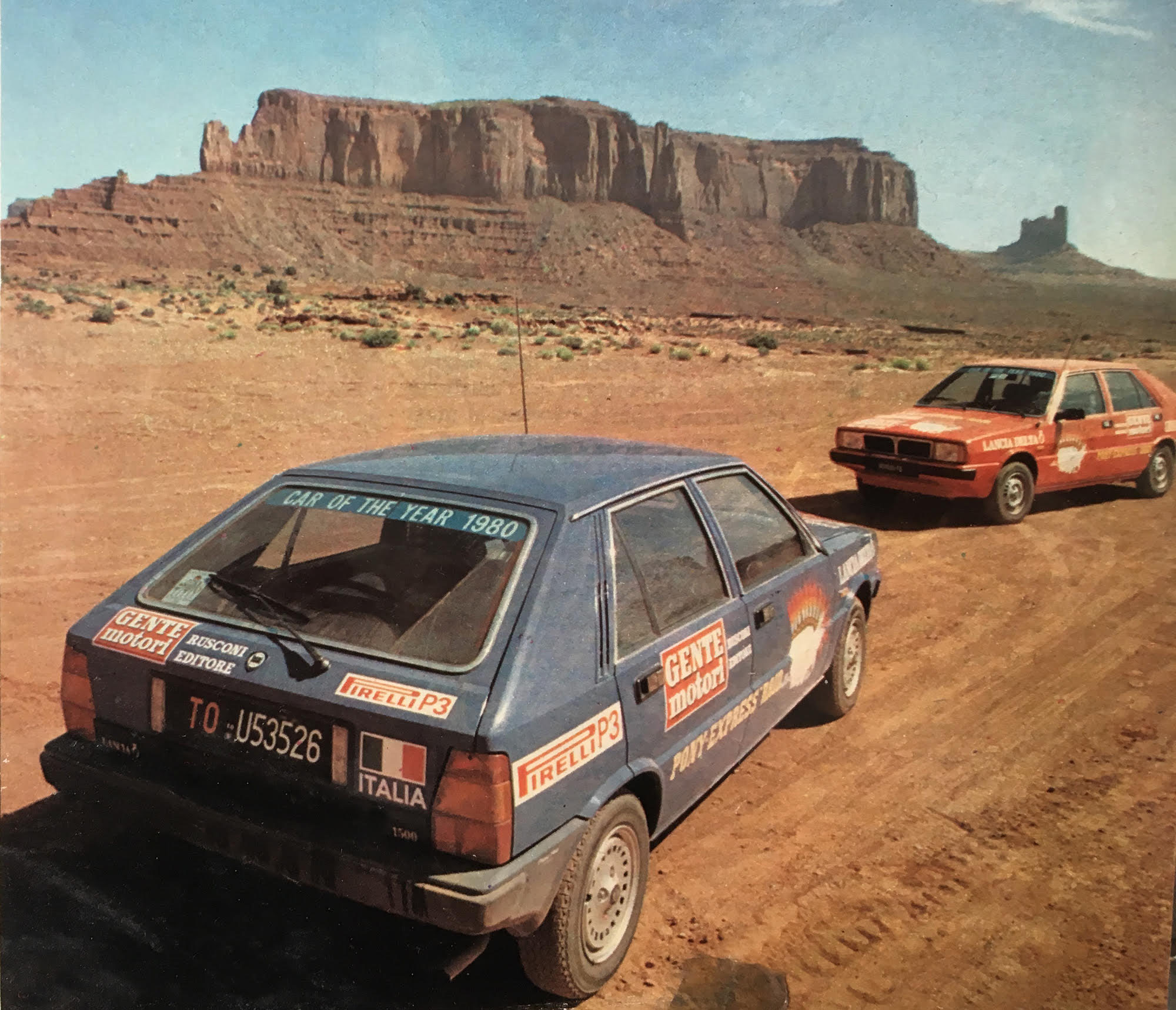 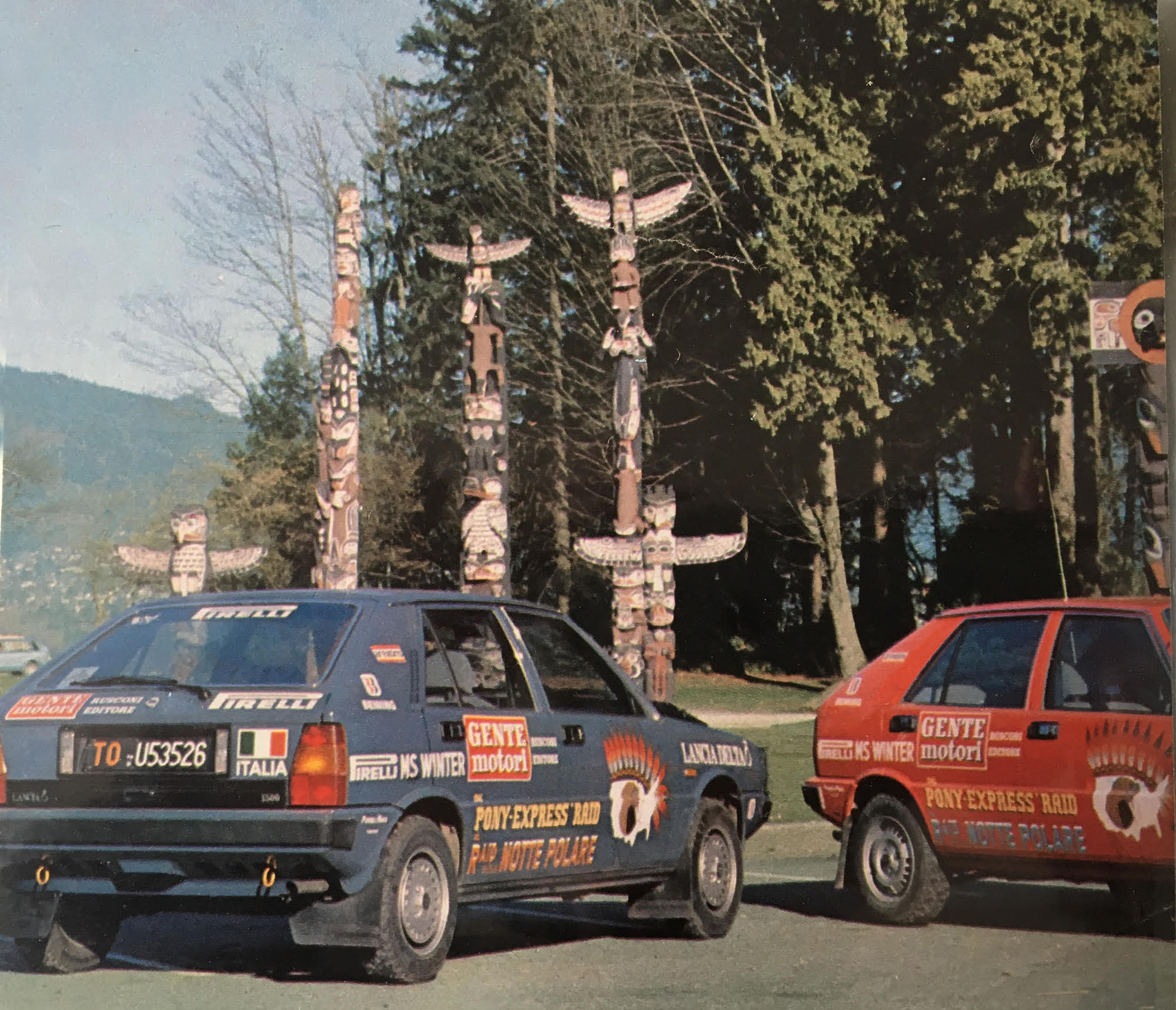 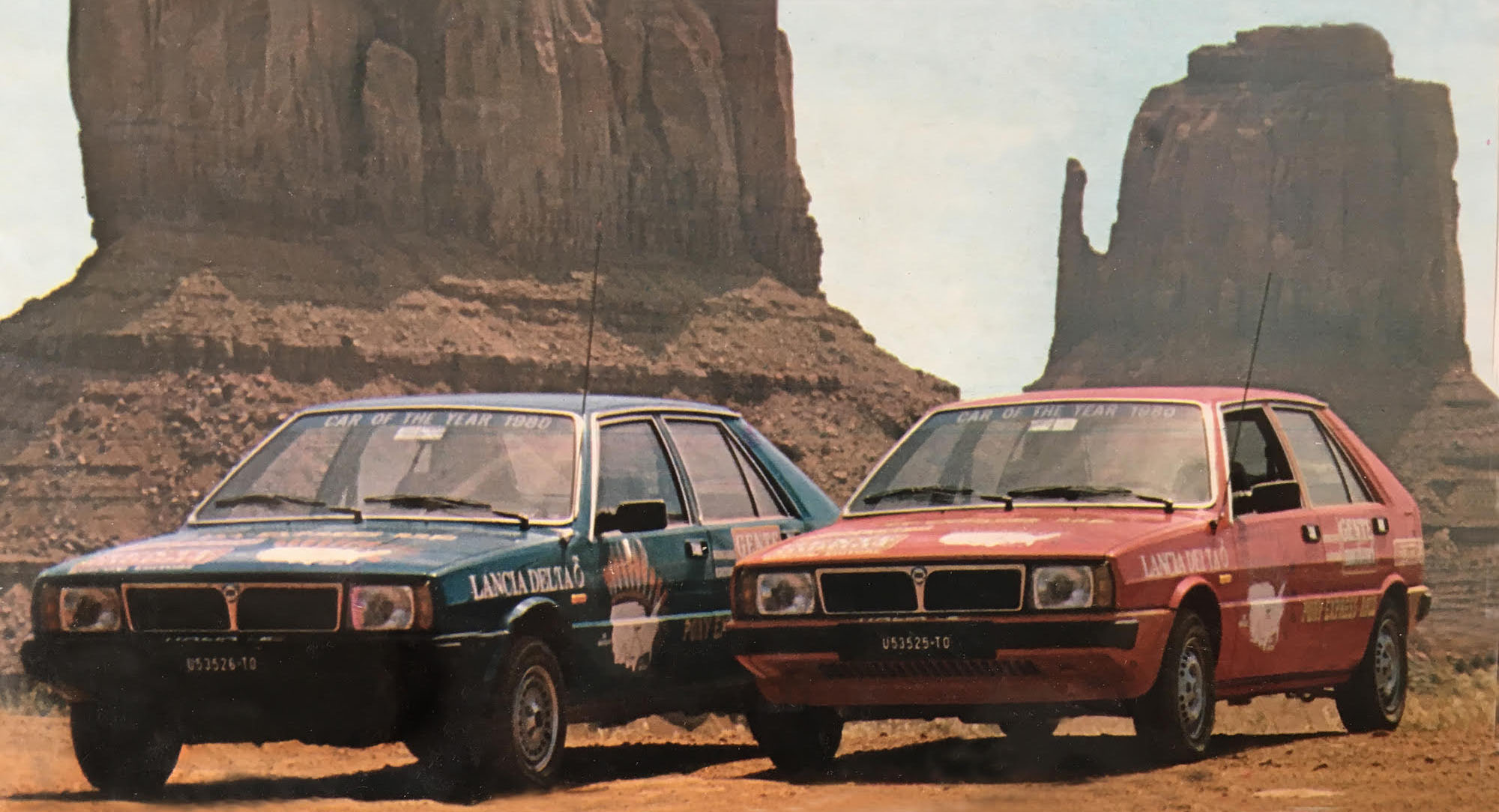 During the long adventure and partnership with Gente Motori I recall long Sundays spent on the Encyclopedia looking for images and information of the places that were going to host the following raids. Those places were often rich of history, and as I had a passion for archaeology and ancient civilizations, it was a great opportunity to merge my passions with my work, studying deeper and taking advantage of my knowledge. A peculiar result of this process is the image of the mayan god Quetzalcóatl on the bonnet of Renault for the raid Il Sentiero dei Maya (the path of the Mayas). 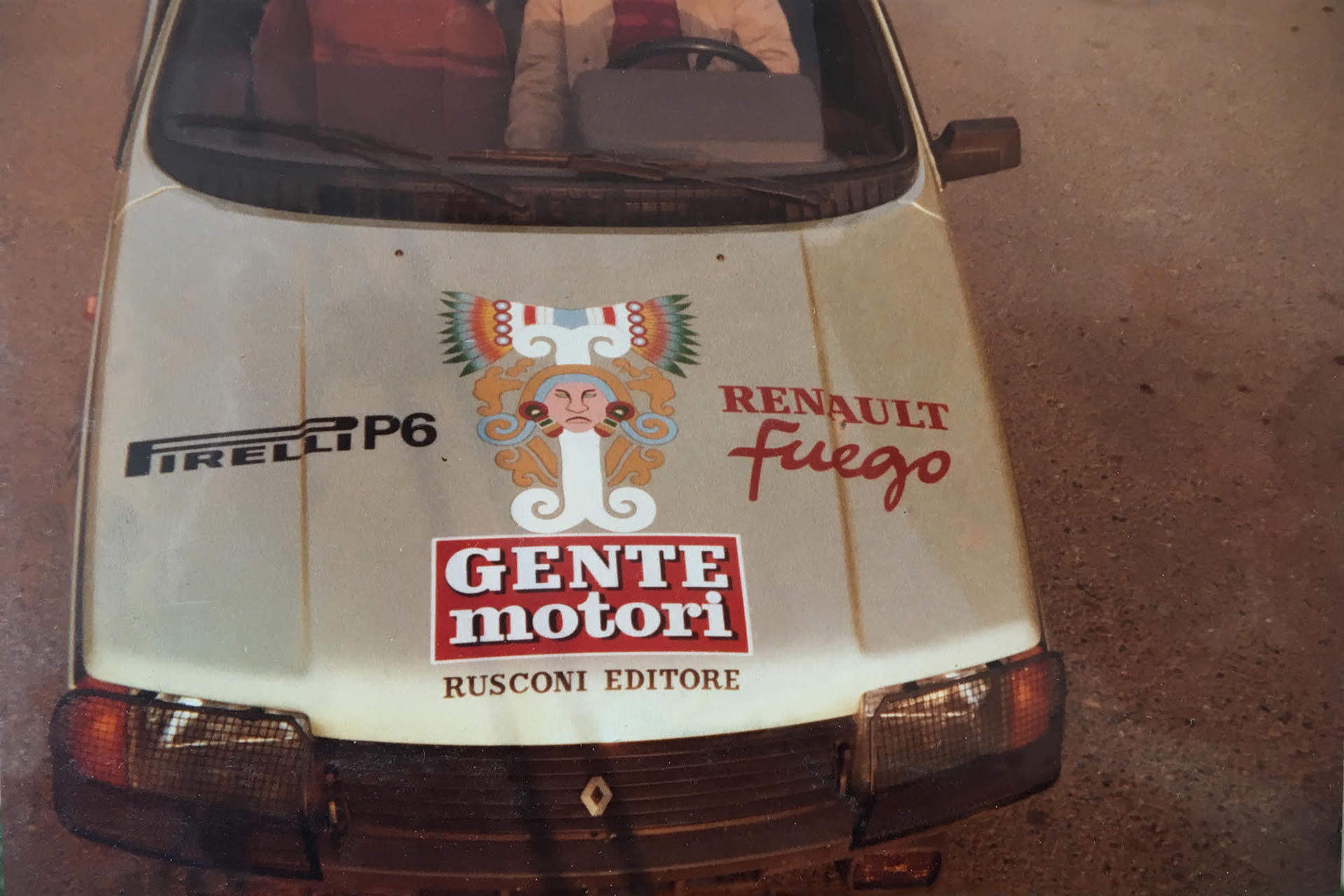 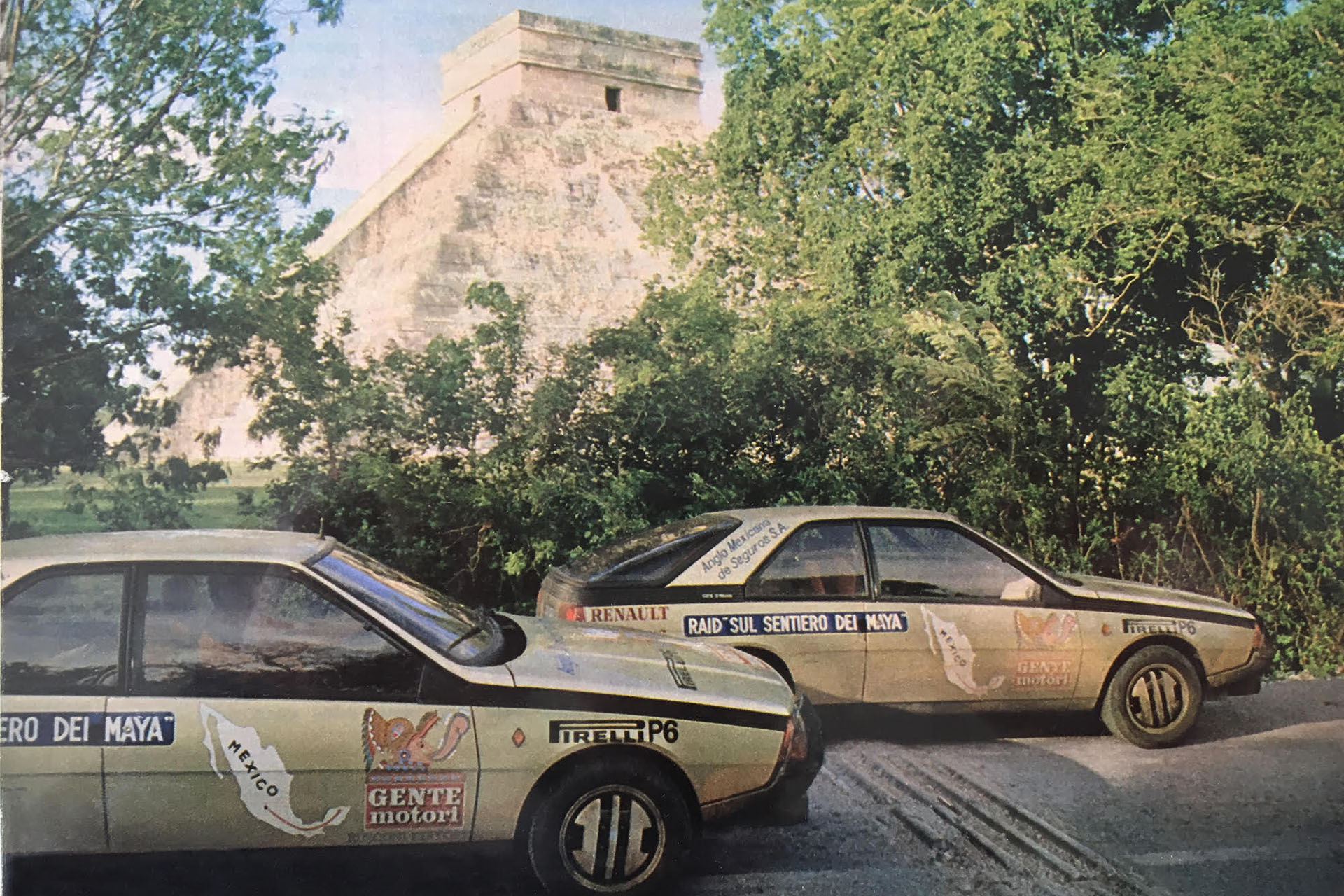 In the eyes of today it’s important to highlight that the added value of the works for the raids of Gente Motori lied in the hand-made graphics and that they required a certain degree of talent and manual skills. All images and text were adorned with shadows, gradients and fictional characters. They were first sketched on paper, then masks were shaped by punching the edges of the images with small holes. This technique was used in the Renaissance at the time when Leonardo and Michelangelo were performing. The parts to be painted of the vehicle were covered by aluminum papers and on top op of it, talcum powder was impressed creating the previously defined images. That was possible by using a white rag of talcum powder hitting the masks so that talcum could pass only through the defined holes. In the following step airbrush paint masks had to be carefully refined by using a scalpel. The aluminum papers were removed and last refining was made by fine brushes. 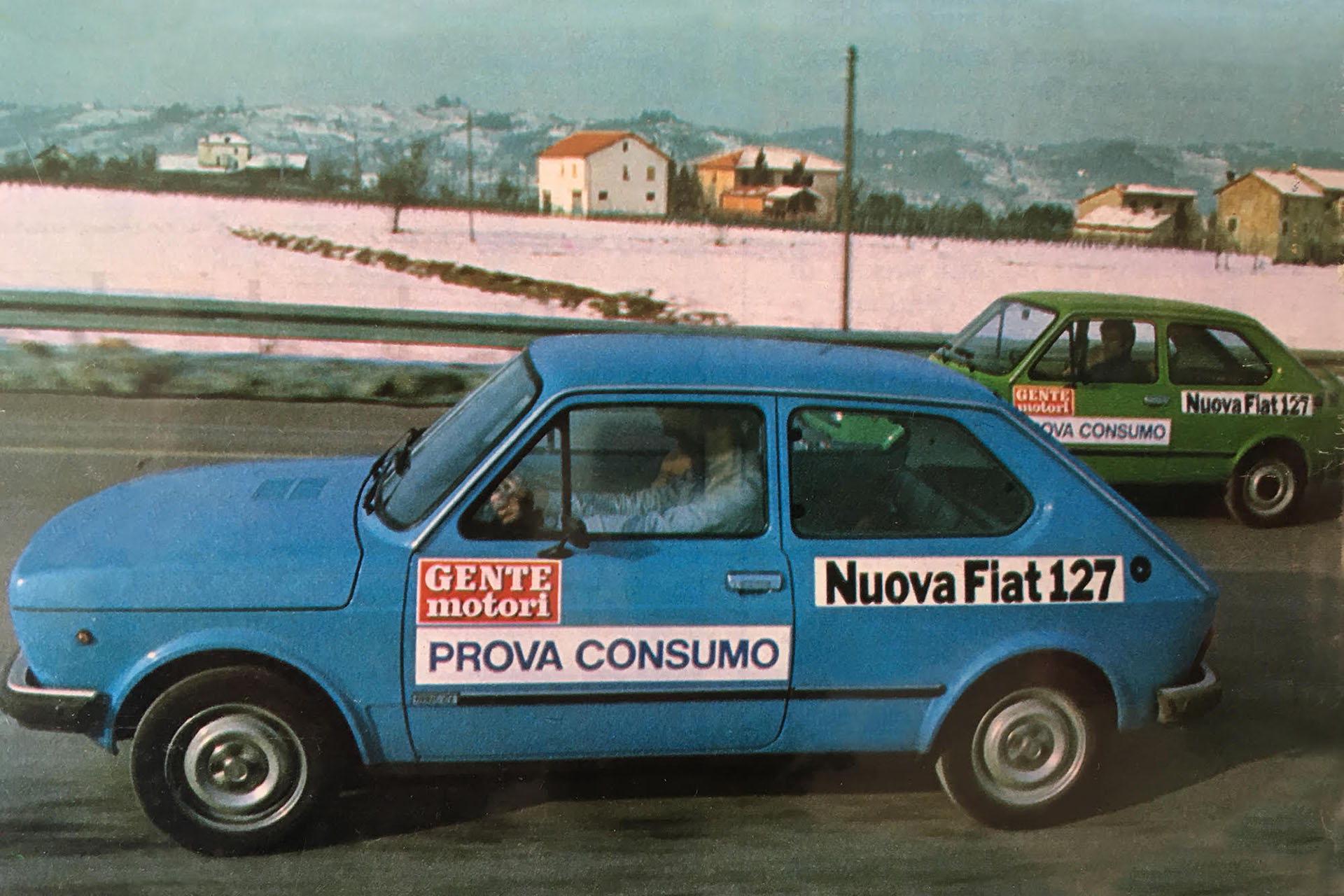 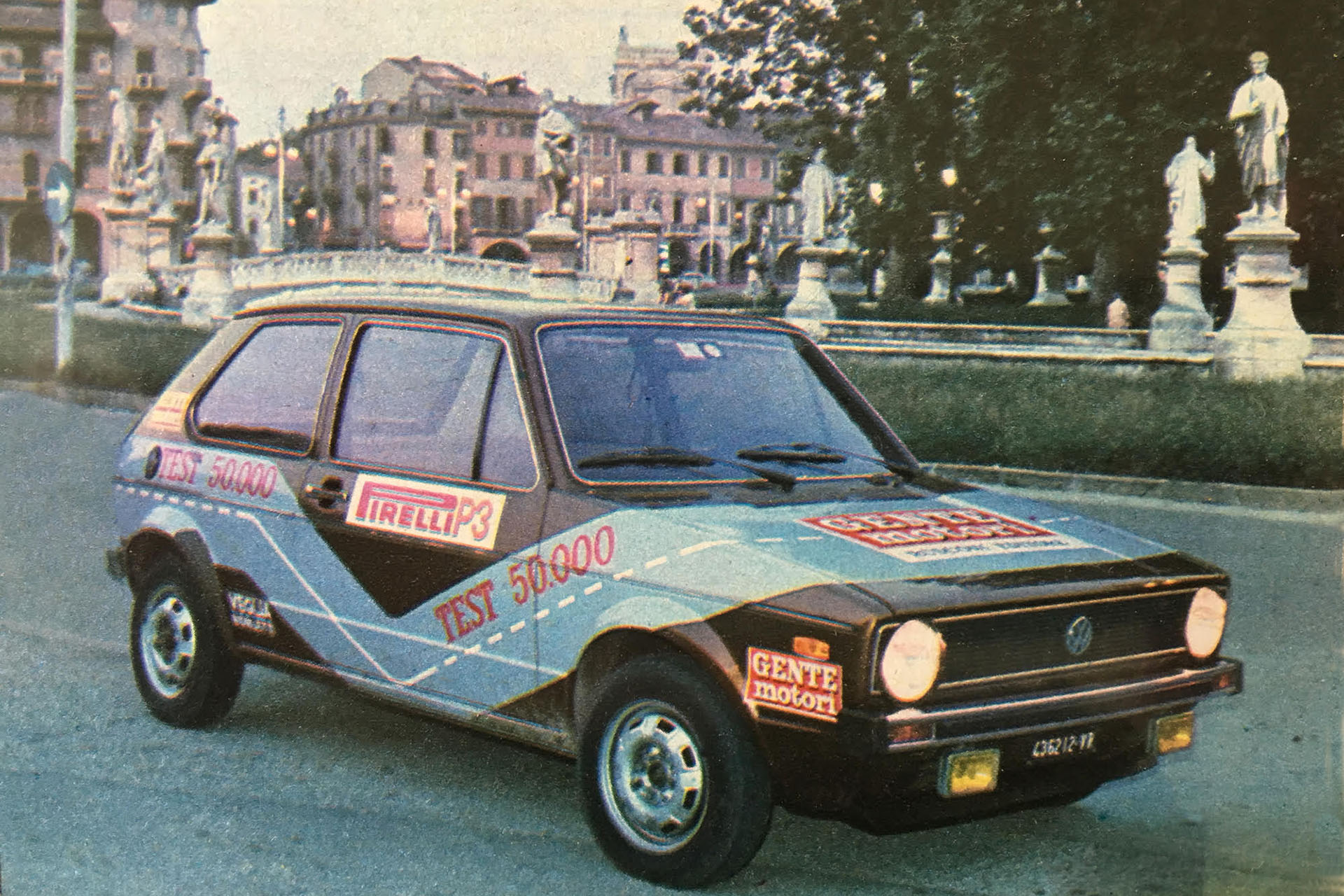 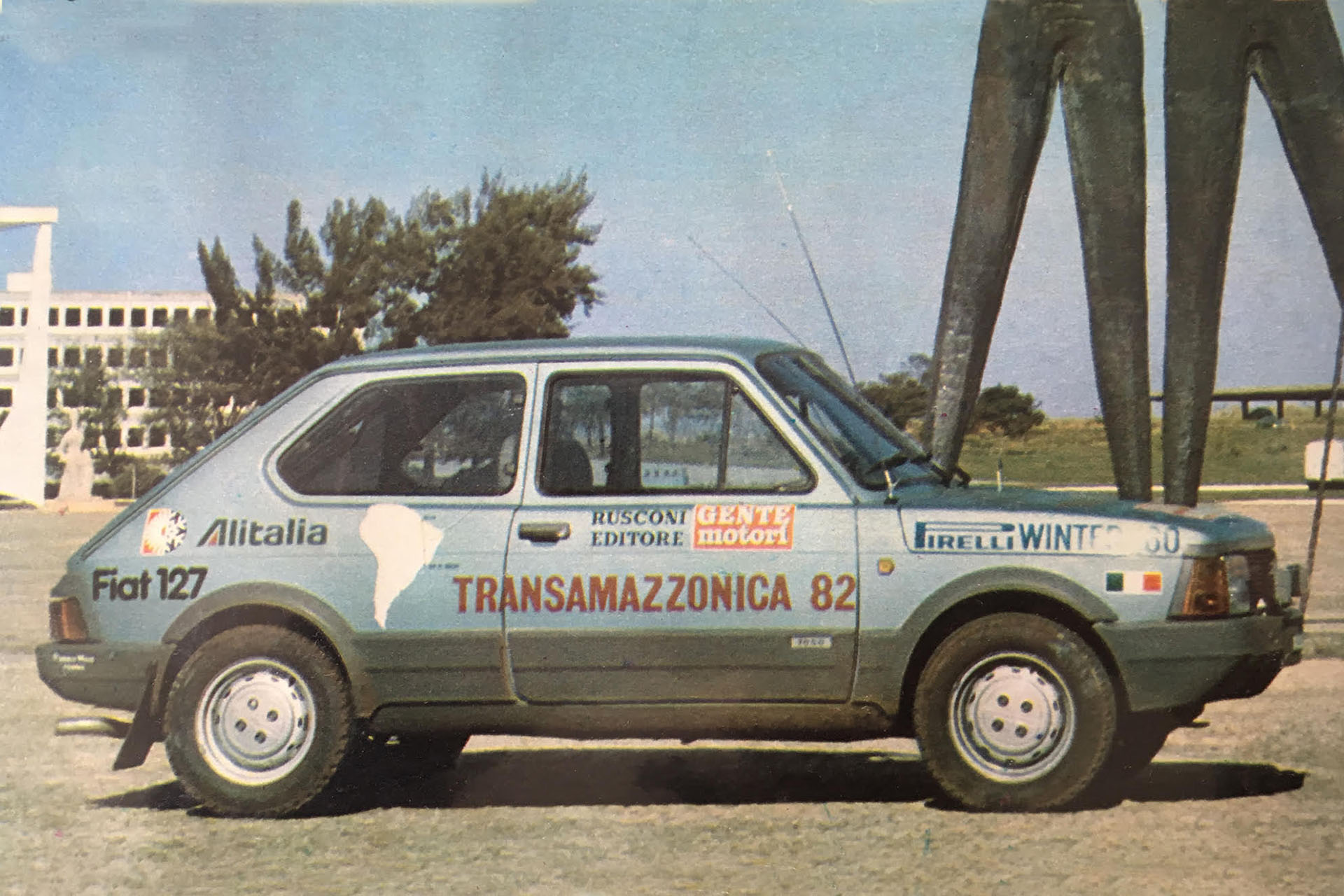 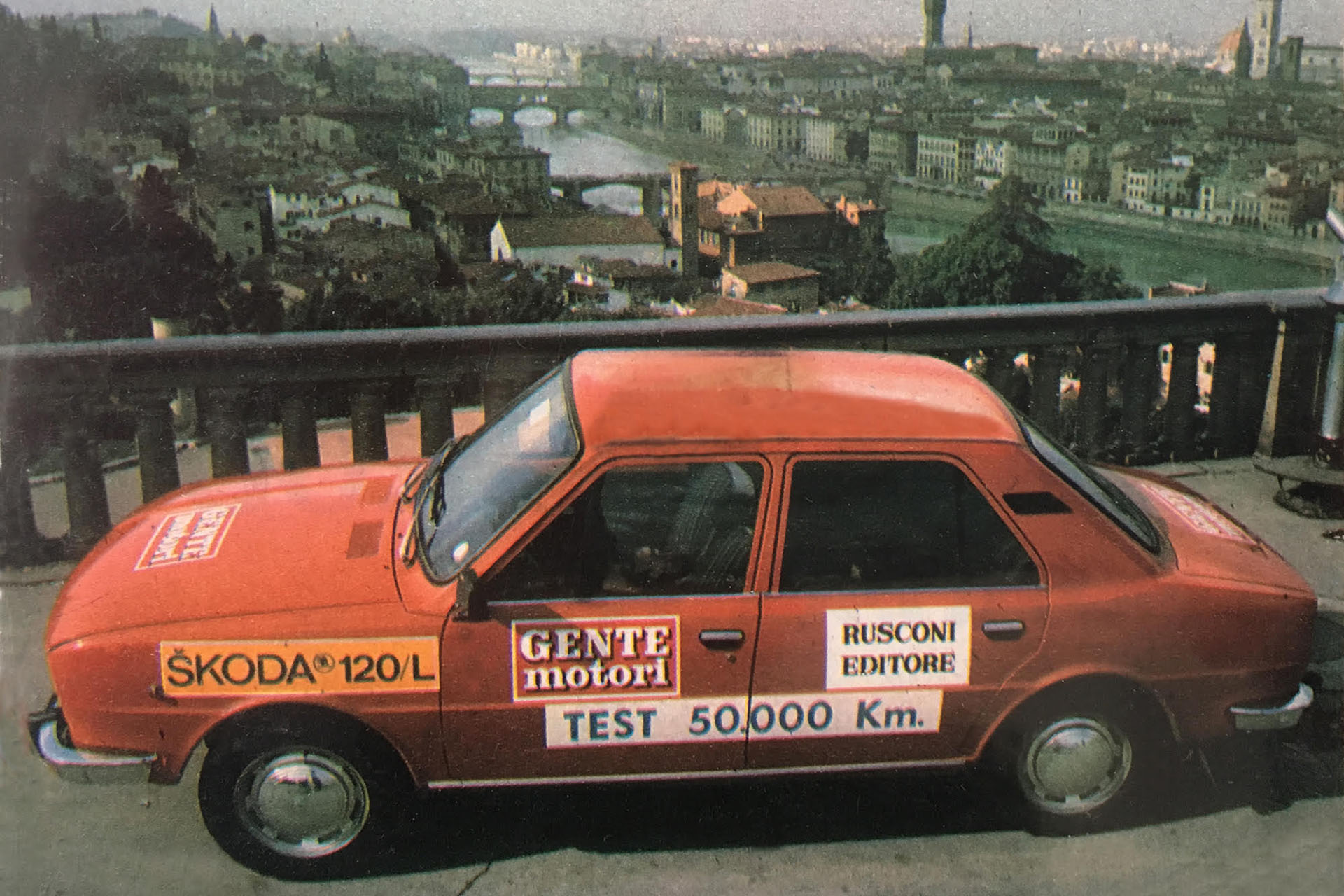 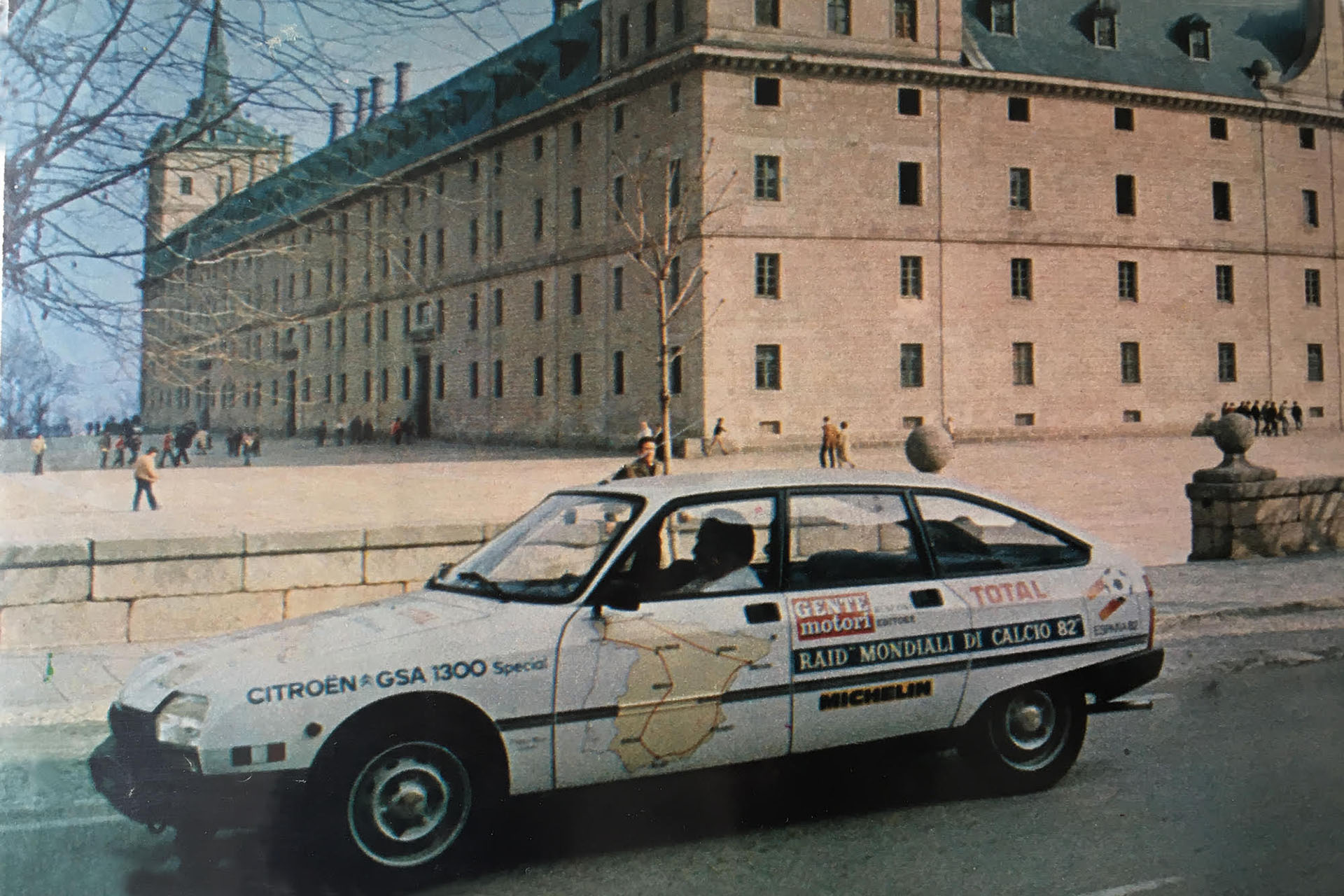 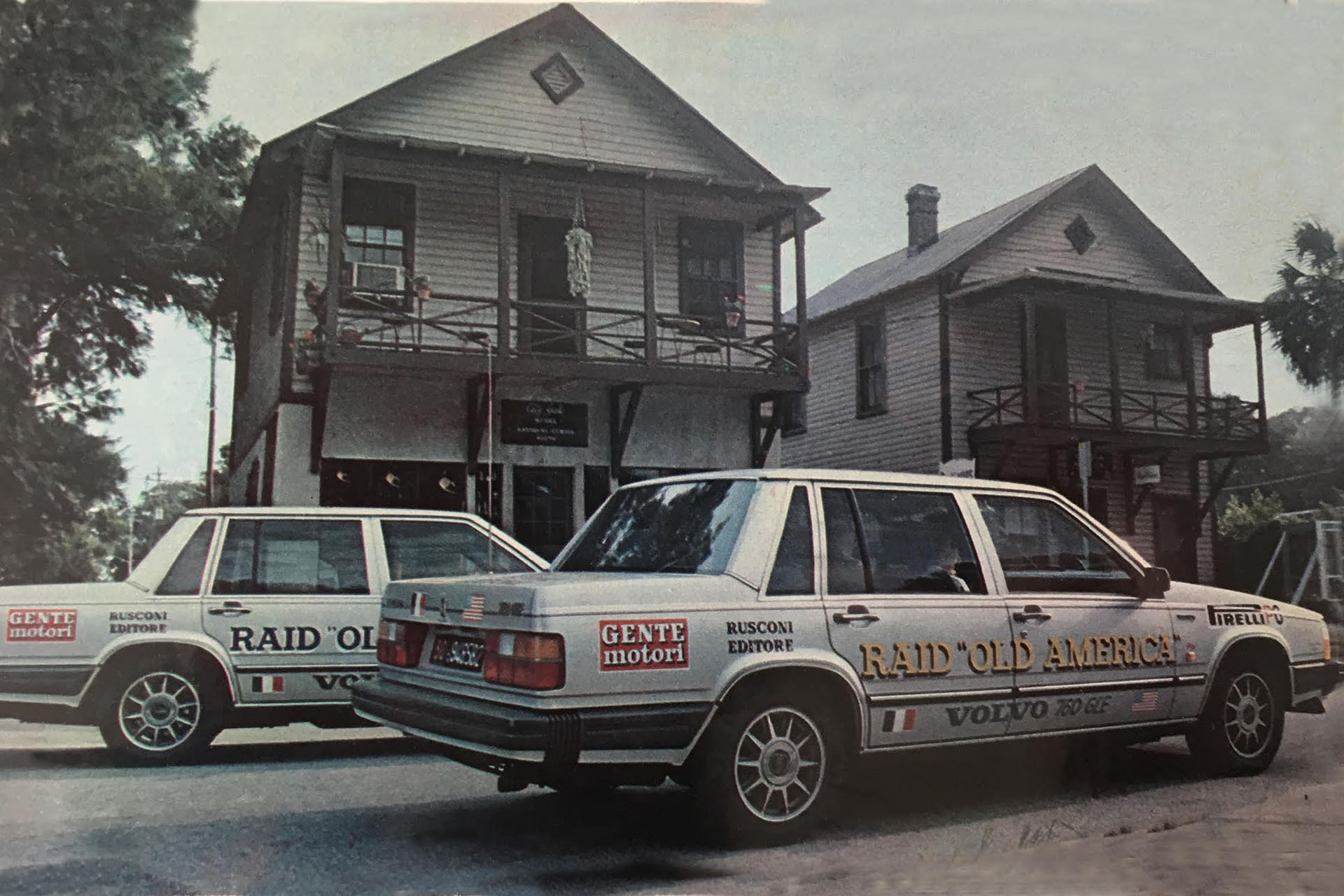 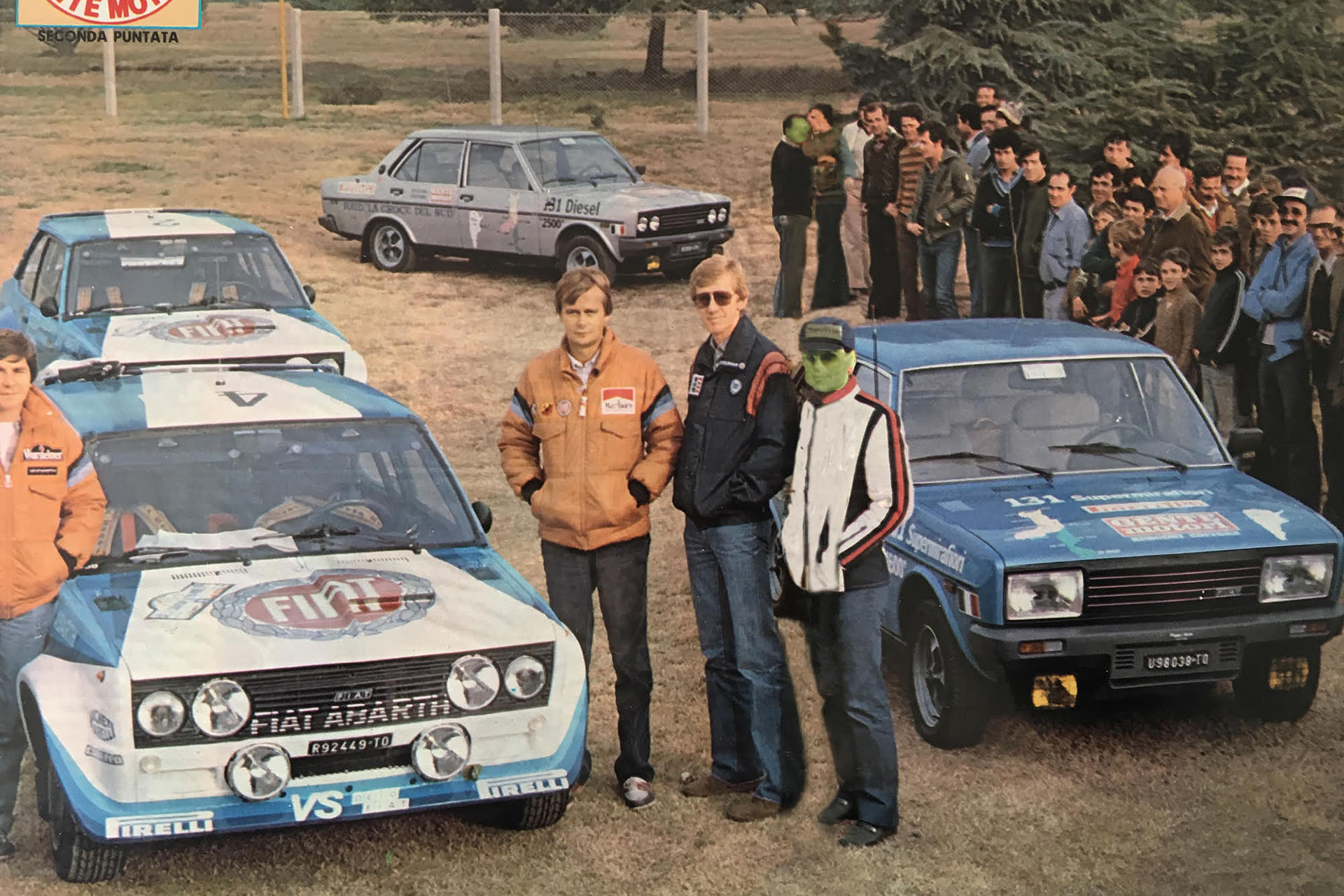 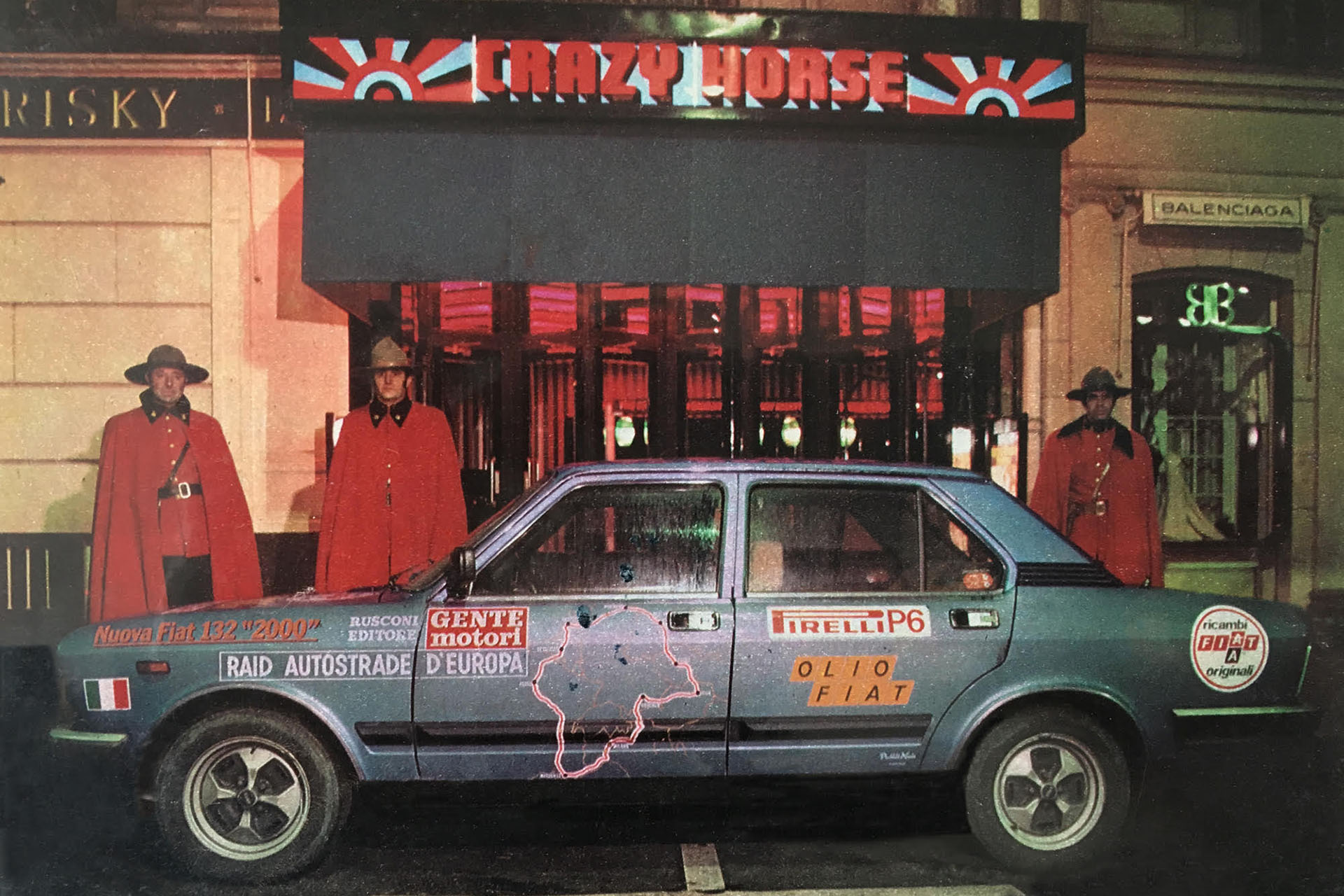 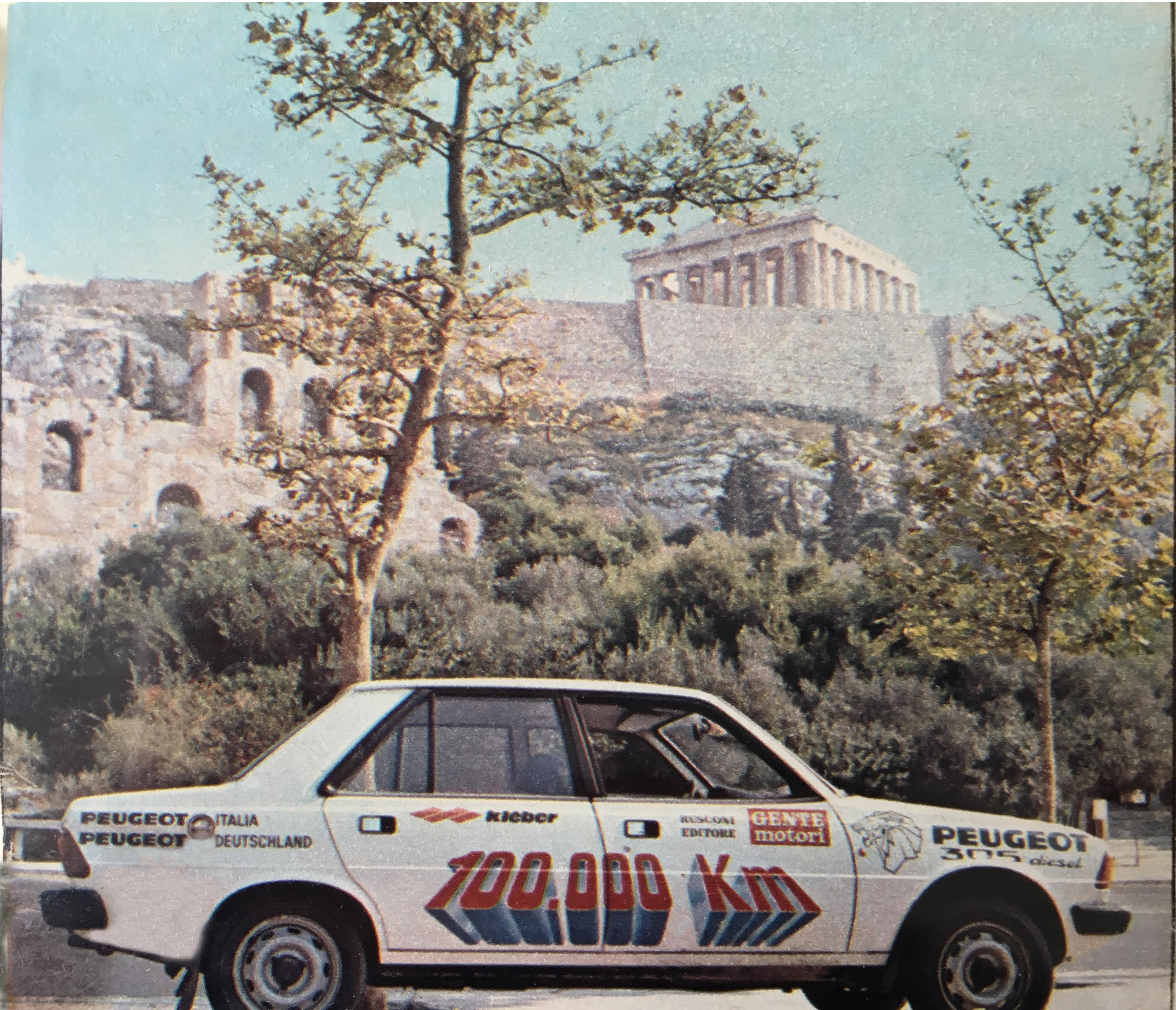 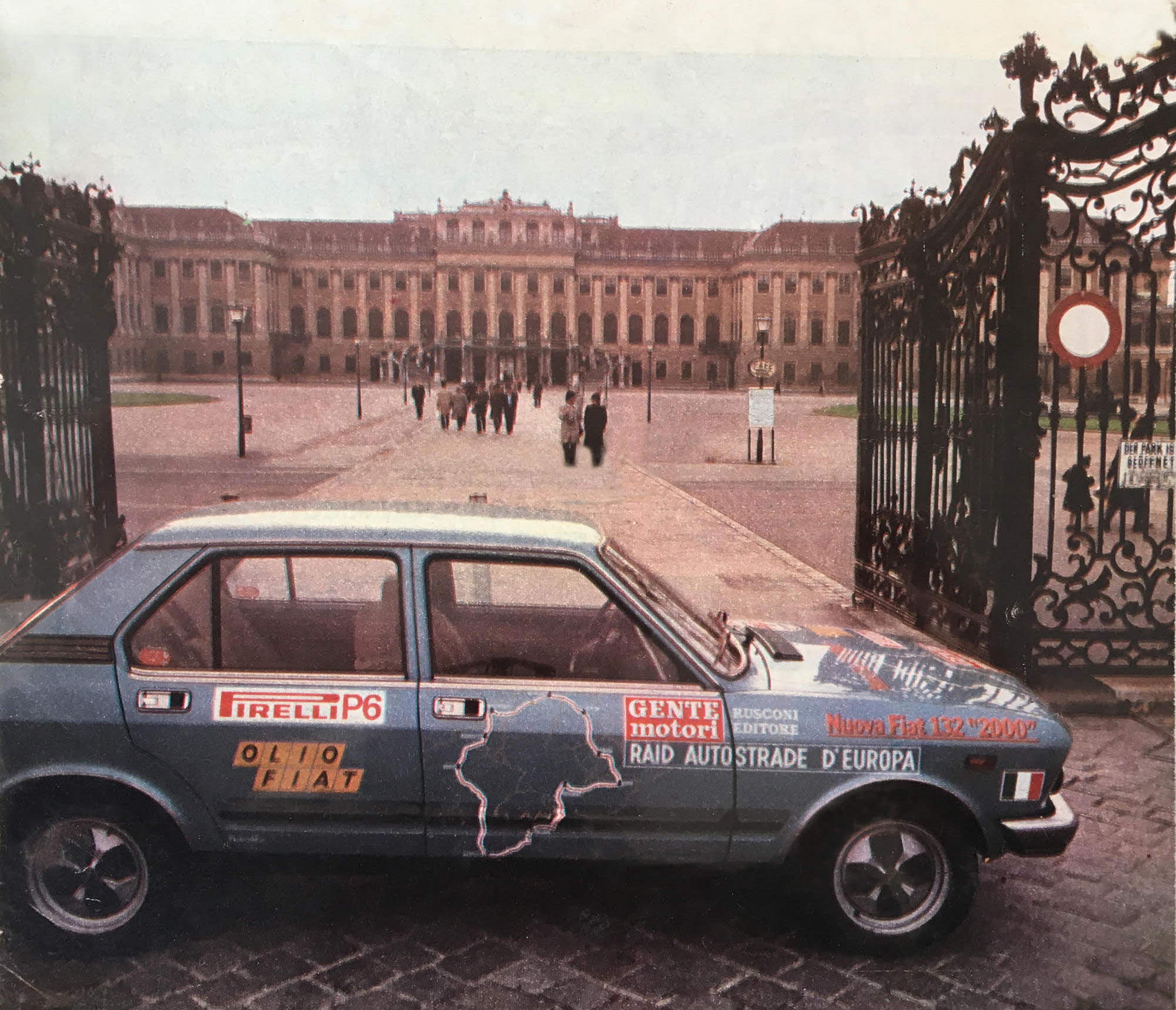 Still today the images of those cars excite me a lot and make me recall the same feelings of adventure, exploration and astonishment that I felt at that time. Even if I realized hundreds of images in my long career, also for prestige cars, the experience of the partnership with Gente Motori will remain special and unforgettable.

Thanks again to Roberto and Luca for providing all the stuff to make this time-travel article possible…amazing and evocative video included!
Share
Print page
14 Likes