Posted at 22:29h in Articles, Ruote Leggendarie by admin

It’s a little-known fact but in Reggio Emilia, in the motor valley in Italy, an industry played an important role in the development of engine technology in the region: “Officine Meccaniche Italiane – Reggiane”, also simply known as “Reggiane”. While WWII was coming to end, the management was already thinking about company’s future products and started developing a car. It had to become competitor for Alfa Romeo, a vehicle designed using aviation technology.

The company was founded in 1901 as a foundry and subsequent operations were involving the construction of mechanical parts, railway equipment, machines for pasta production. In 1935 it was acquired by the Caproni holding. It expanded reaching its peak in 1942 with 11200 employees and by producing state of the art fighter aircraft, bombers and aviation engines. At that time it was the fourth largest company in Italy, according to sales. 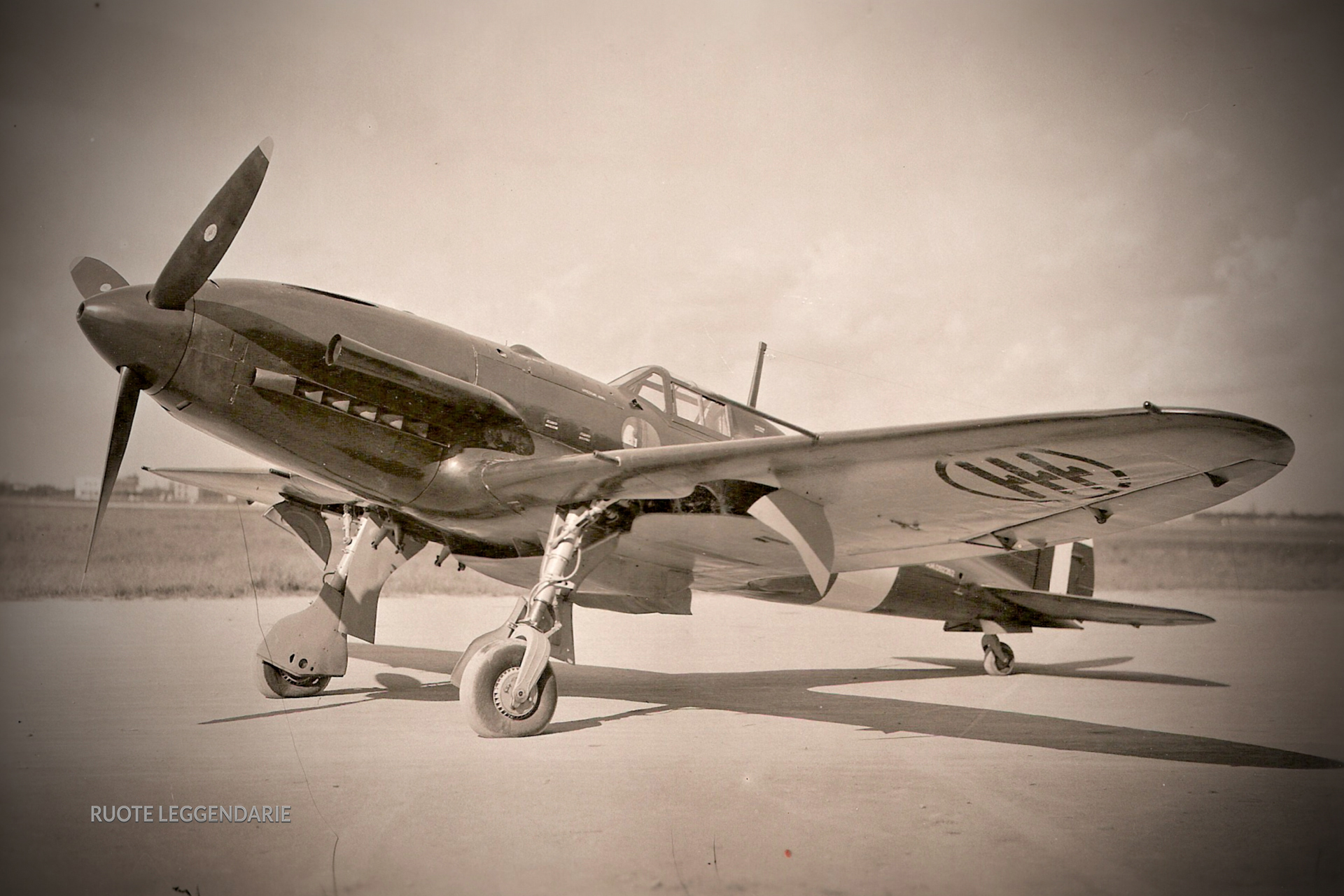 Fighter aircraft Reggiane RE2005. Born as an evolution of RE2000, it was the best fighter produced by Reggiane and used in combat.

On 8th January 1944 the facilities were completely destroyed by a massive allied bombing and after WWII it focused its production mainly on trains and on large dock cranes. It stopped all activities and closed in 2007. Recently an archive was created, hosting technical papers as well, and current activities are ongoing to try to restore some buildings.

It’s interesting to notice that after WWII many people left the company, and thanks to the know-how they were bringing along, they contributed to the evolution of major companies or started their own, some of them still important nowadays. One example is Mr. Lampredi, who went to work for Mr. Enzo Ferrari designing the first engine that helped Ferrari to win its first F1 championships in 1952 and 1953. He later became a famous Fiat engine designer (see Lampredi DOHC). Also at Ferrari, two important engineers Mr. Salvarani and Mr. Rocchi supported Mr. Forghieri. On the other side, Mr. Alessio joined Alfa Romeo as head of the racing department and led his team to win the first two F1 championships in 1950 and 1951.

THE DESIGN OF THE CAR

During WWII technical skills and know-how at Reggiane were at state of the art, as the company was working on the most technologically advanced filed at that time: aviation. In Italy, their knowledge was even higher than the competitors Fiat and Macchi, as it was coming from US. 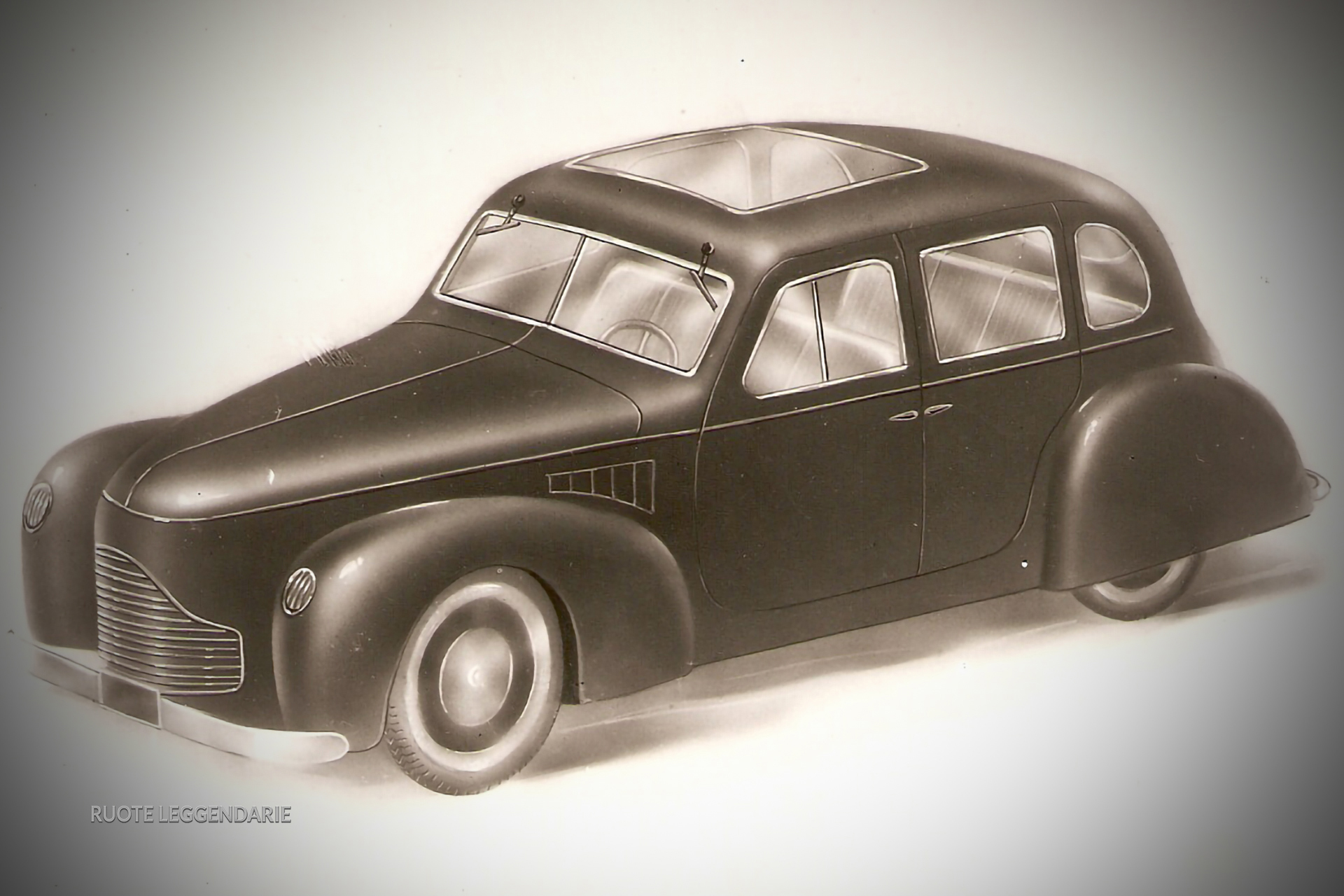 Rendering of the car designed by Reggiane

By means of a far-sighted vision and considering that the war and the aircraft production would come to an end, while the facilities were in ruins, Mr. Alessio started the design of a car, analyzing commercial and production aspects. 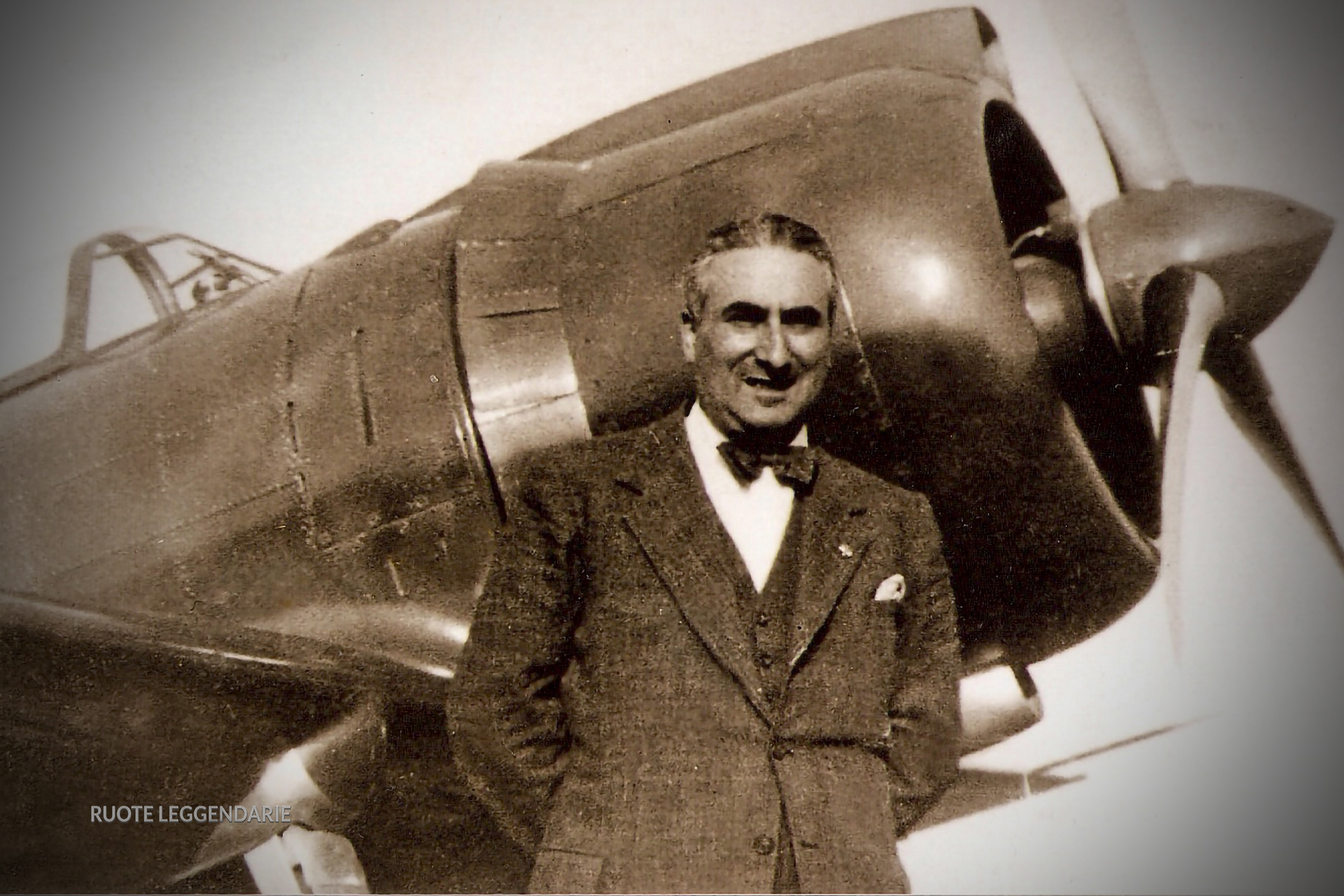 Mr. Alessio in front of a RE2000 fighter aircraft

Even though the airplane will be the most preferred mean of transportation for long distance travelling, he thinks that: “large demand for cars will appear after war’s end as all markets faced war destruction, vehicles were commandeered, with obsolete and worn systems, industries are stagnating. It’s clear that the car market, once free from import barriers or monopolies, should allow our country to produce cars for it and for export, especially if linked to a policy of investments on public transportation and on highways…”

A deep competitor analysis is also included: “Maybe only FIAT will be able to produce a low price vehicle because its production needs a large manufacturing system, a sales network, a widespread organization concerning customer service, and a well-established hire-purchase competence, that cannot be set up quickly.”

It was planned to use a 4 cylinders flat engine, featuring 1750cc and 70 HP output, with a built-in centrifugal compressor. This kind of engine was chosen for its low center of gravity, low weight, low size and good balancing. Mr. Alessio highlighted it was important for this project to use the experience and knowledge acquired in the aviation engine operations.It’s interesting to notice that in this field Reggiane was working with 14 cylinders double row radial engines and as well as V12 and W18, gasoline direct injection engines. They were featuring up to 40000cc displacement and a power output of 1600 HP, integrated by compressor to restore high altitude performance.

The strengths of Reggiane’s car were identified in the rated power, comparable with the competitors’ ones Buick, Chrysler, Alfa Romeo, the smaller displacement, the reduced weight, the usage of light aluminum based alloys such as “idronalio” and “peralumal”. The same alloys were intended also for the chassis and for the bodywork, mostly point-welded, using the same technology applied on the manufacturing of the wings of the RE2000 fighter. Just for information, the first aluminum frames on vehicles in Europe appeared in the 80s.

The chassis was made of a central beam frame, implemented as a wingbox, a boxed structure based on C-section shaped spars, welded ribs, stressed skin, while the engine was installed on a front cantilever support. The benefit on weight and on stiffness was remarkable. 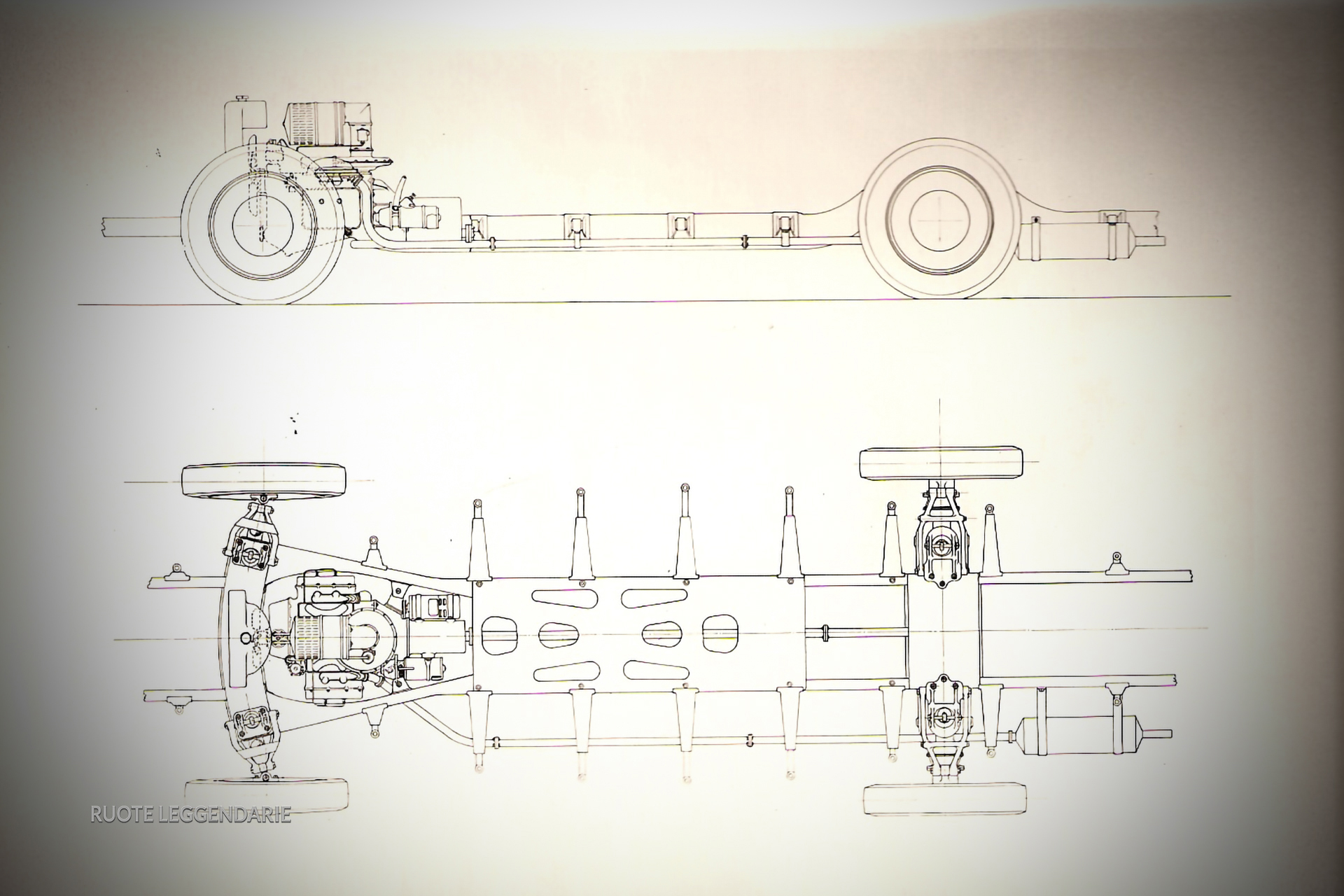 The chassis inspired by aviation

The car weight was 1100 kg, much lower than competitors’ ones around 1400-1500 kg. That would allow lower manufacturing costs and the installation of a 3 speed manual gearbox.

Brakes were hydraulically assisted on all the four wheels.

In the bodywork analysis the company was planning to use the already available press machines. The usage of plexiglass on two thirds of the roof surface was a new solution that increased the windows extension. That helped also to avoid the creation of a roof by needing large press machines.

Another interesting solution was the bodywork without central beam. The passenger compartment was made by two light metal sheet boxes, connected to the chassis by silent blocks. That had the effect to dampen the vibrations originated from rough roads, playing together with the wheels in increasing the comfort for the passengers.

Independent suspensions on all four wheels, were realized by A-arms and integrated by transversal stabilizers as torsion bars and hydraulic shock absorbers, would position the car among the most innovative ones. 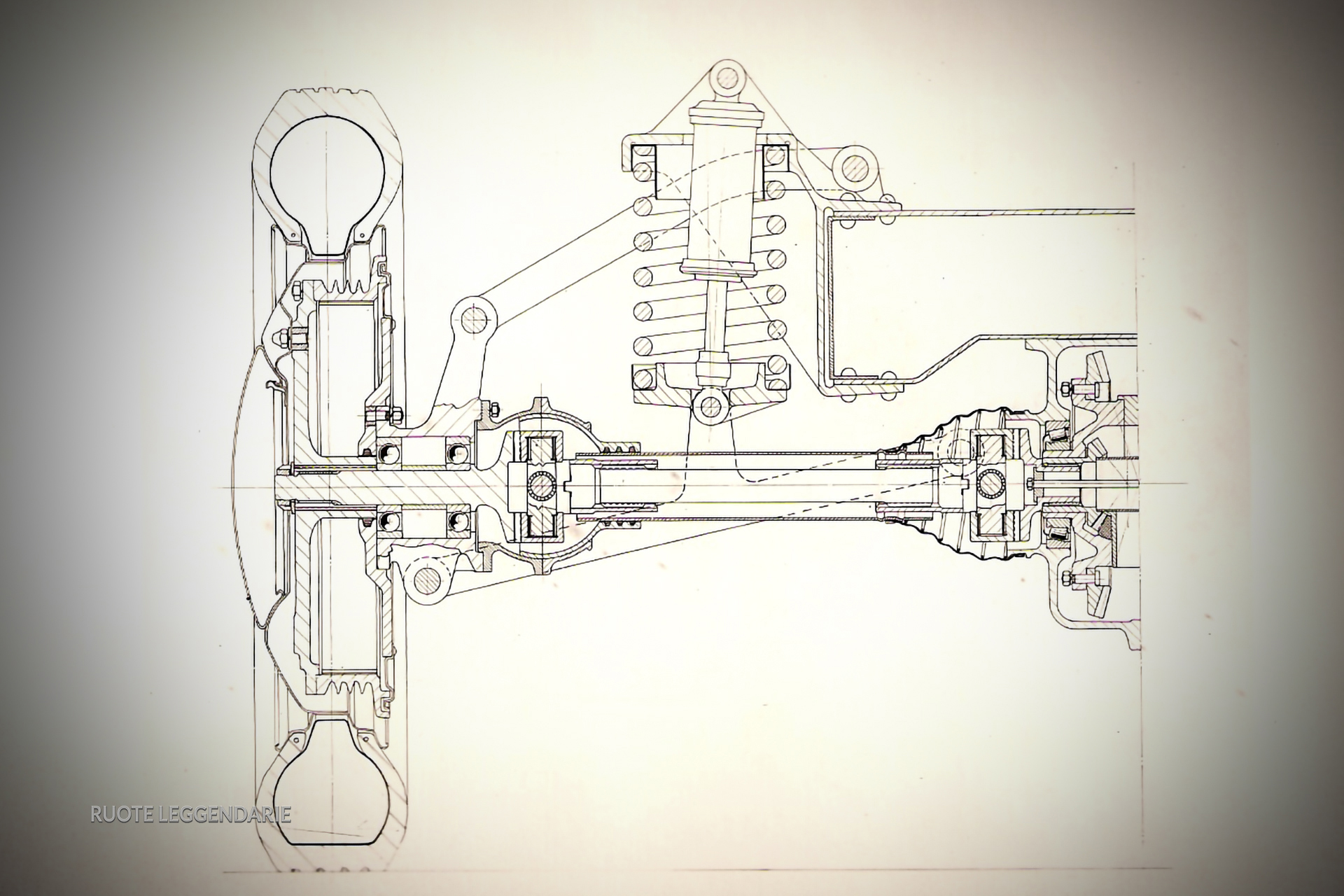 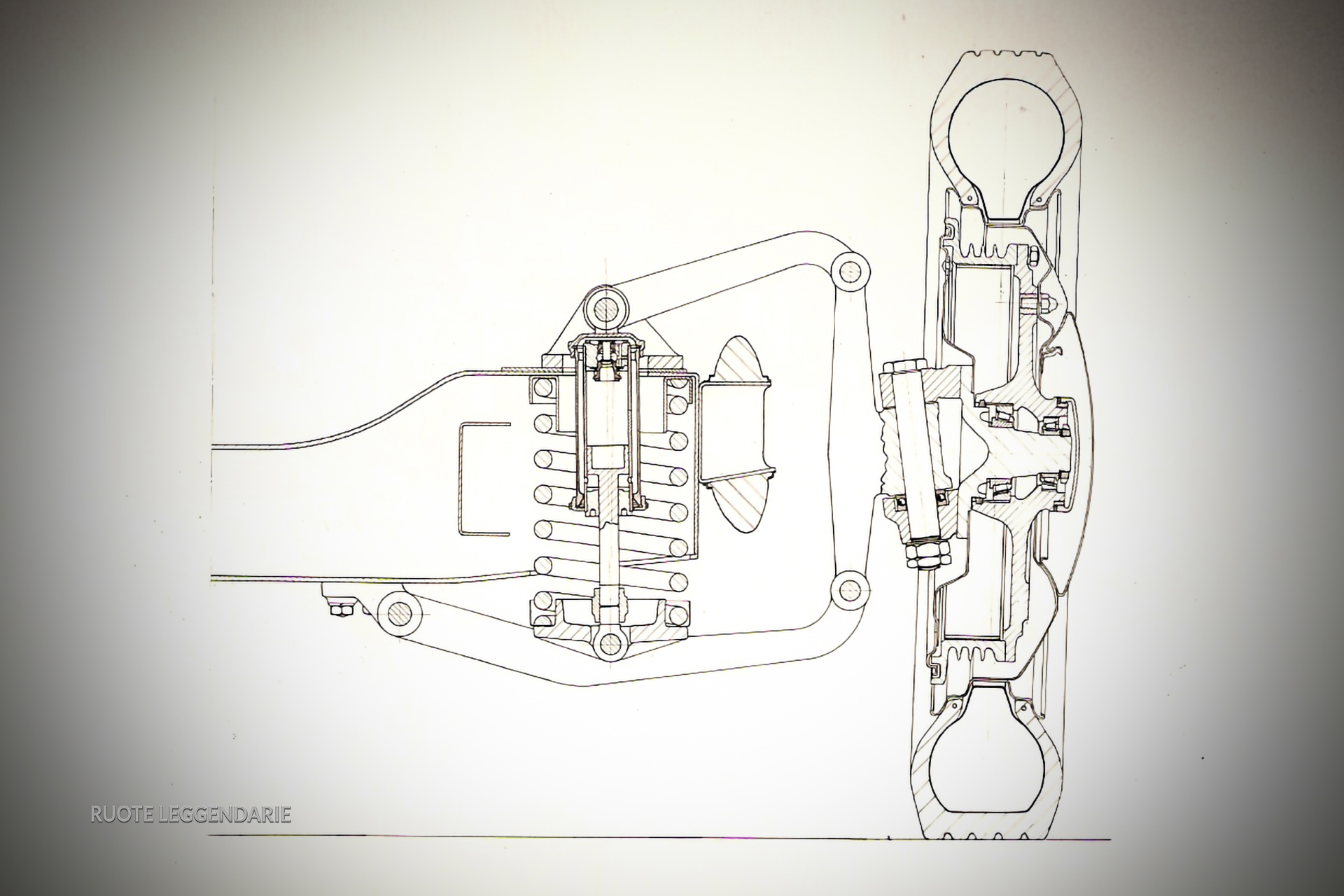 The next steps were the following:
1.Chassis construction
2.Bodywork construction
3.Structures to be joint together and transmission installation
4.Static tests of chassis and bodywork with safety factor of four
5.Dynamic test on rolling dyno

Mr. Alessio was not worried about the engine design as he said “there is no risk or anything unknown in the project”.

He was not worried even for internal upholstery “given the skills and good taste of our workforce of the railway section…”. Infact interior design was particularly focused on comfort and ergonomics. The floor was created by corrugated sheet in order to increase stiffness (as in the wings of Reggiane fighters). It was even planned to install an air conditioning system, a solution that in Europe started to appear in the 60s. 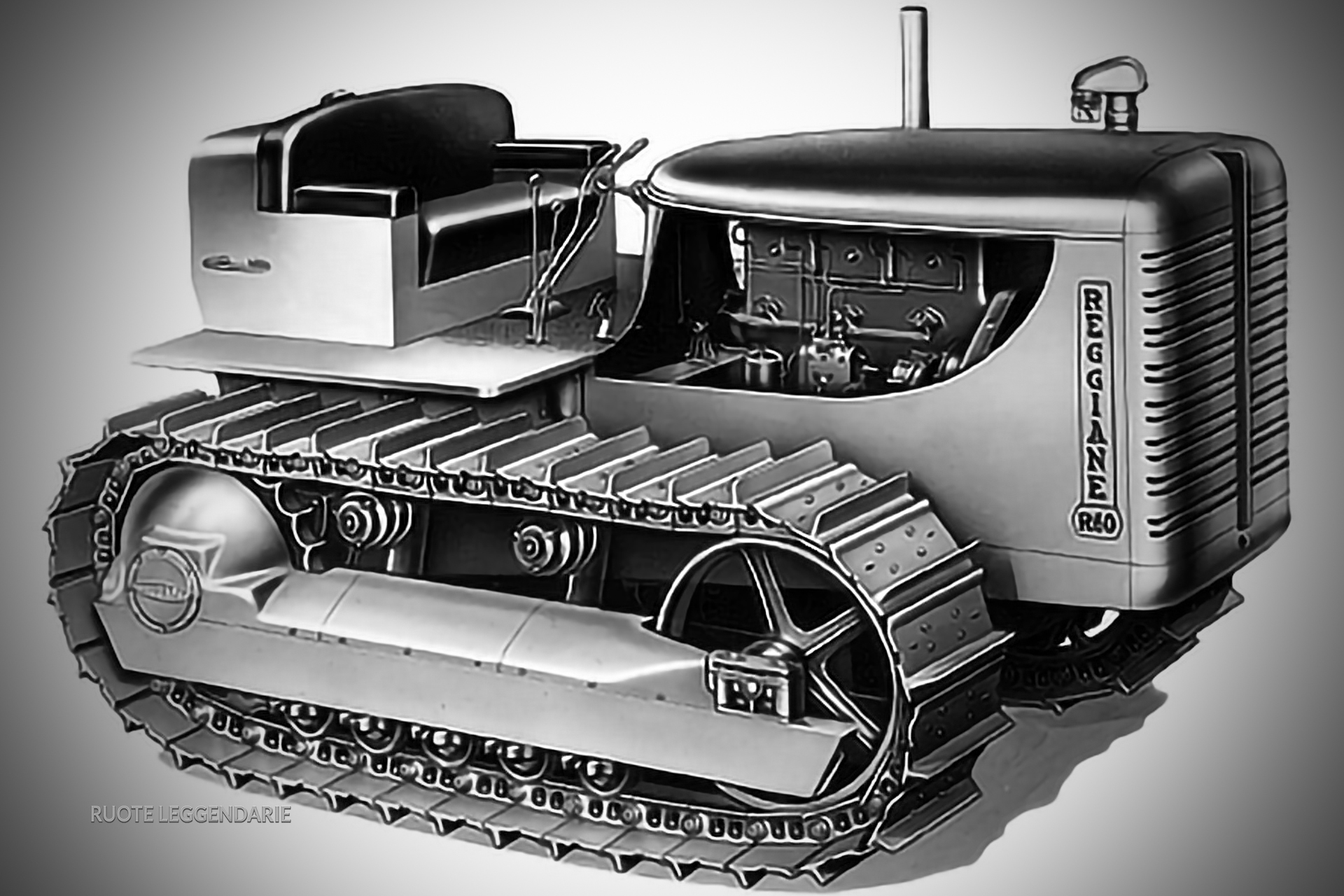 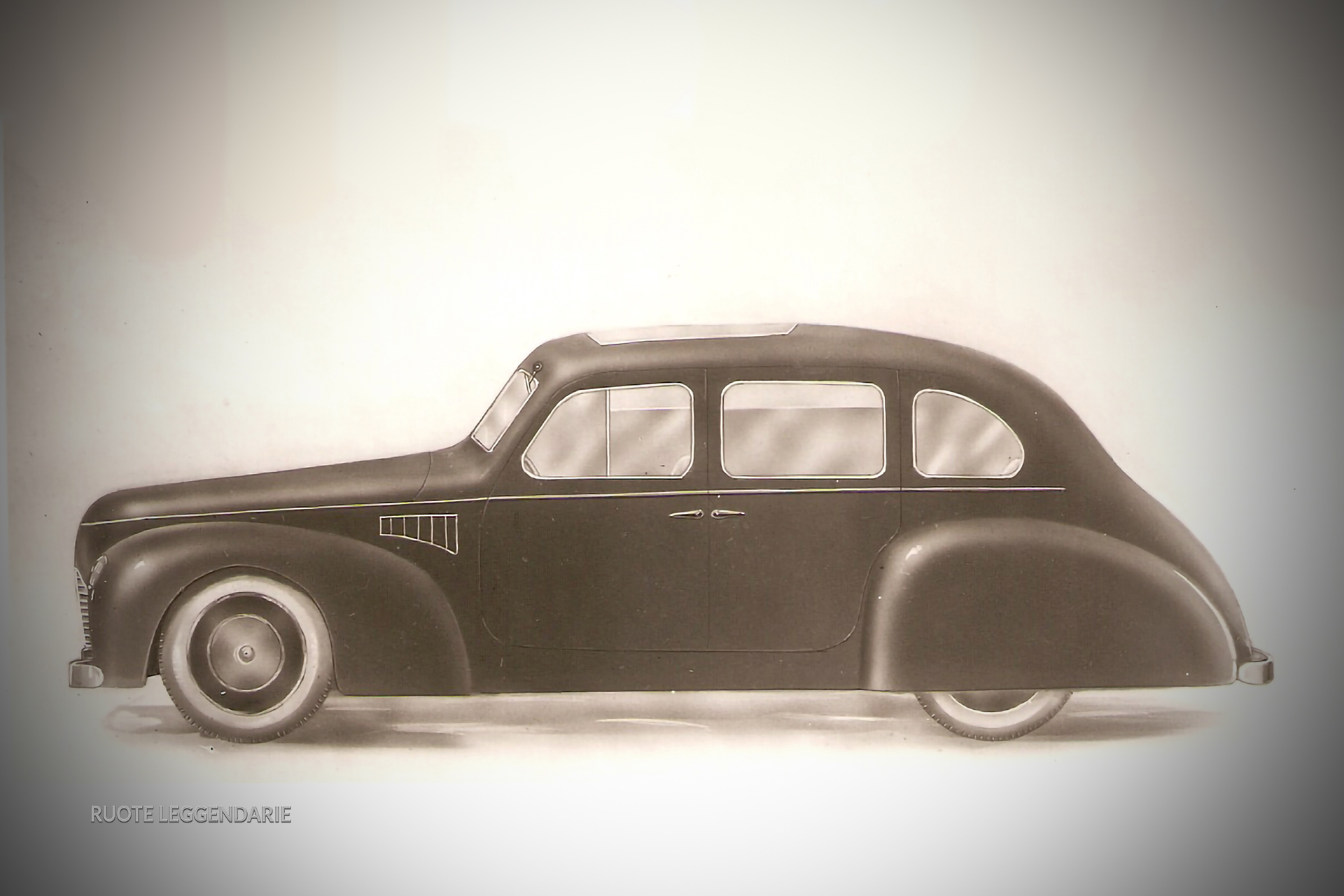 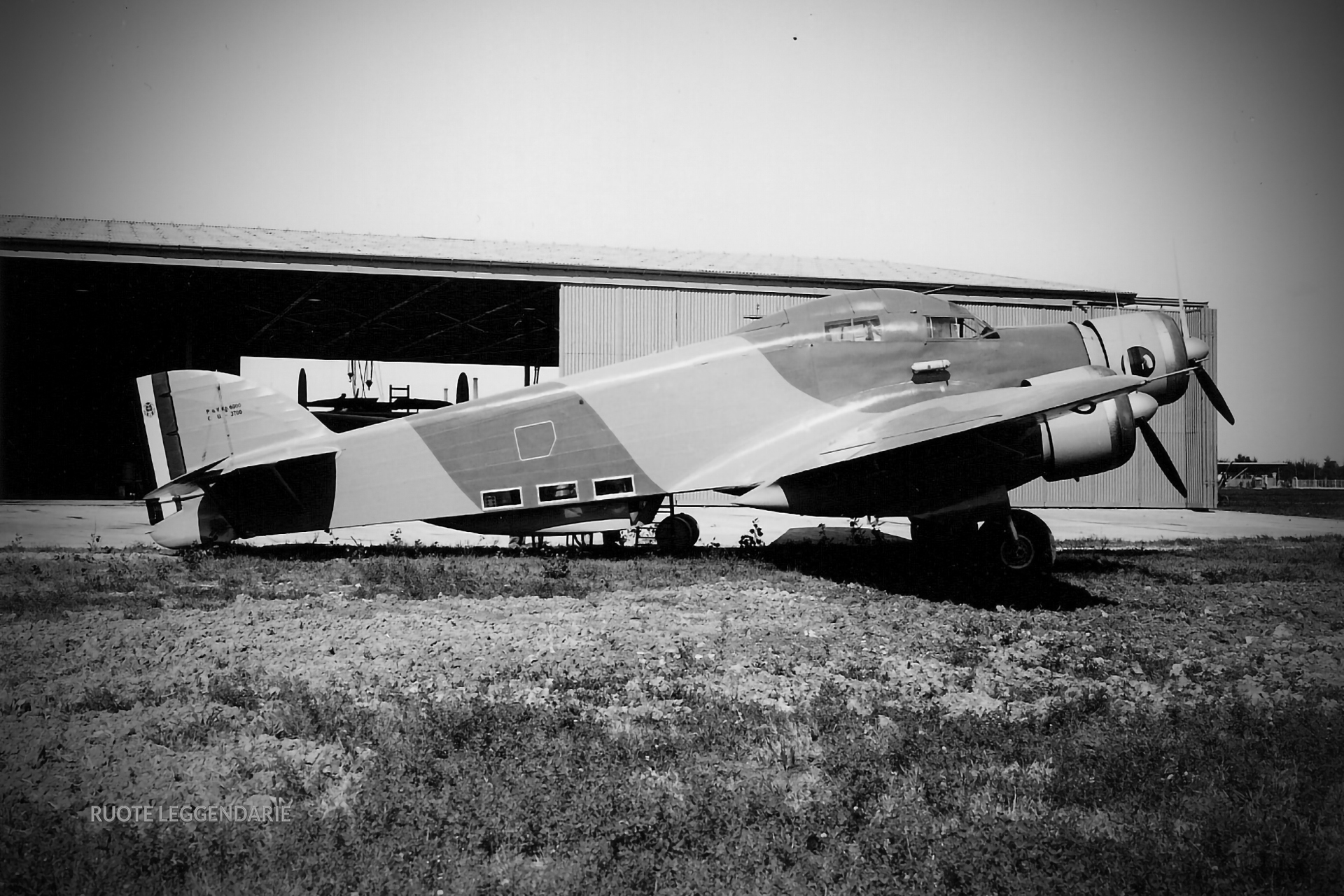 In Mr. Del Cupolo’s diary, in 1943, the day by day activity mentions the assignments to the associates. Among them the names of Mr. Rocchi and Mr. Lampredi appear, and they will play an important role later in the design activities for Mr. Enzo Ferrari.

Also Mr. Piccardi and Mr. Monfredini were part of the car design team..

The war end and local political decisions had the effect of stopping and abandoning the project. Some years later, though, Caproni group showed the project of a very similar vehicle, designed by the renowned Mr. Fessia: the Cemsa F11. Its style looks very similar to the Reggiane car, as well as some technical solution such as the front flat engine supported by a cantilever frame, but without the chassis derived from aviation. Some time later, the same architecture will pop up in a well-known car, the Lancia Flavia, designed by Mr. Fessia once again. 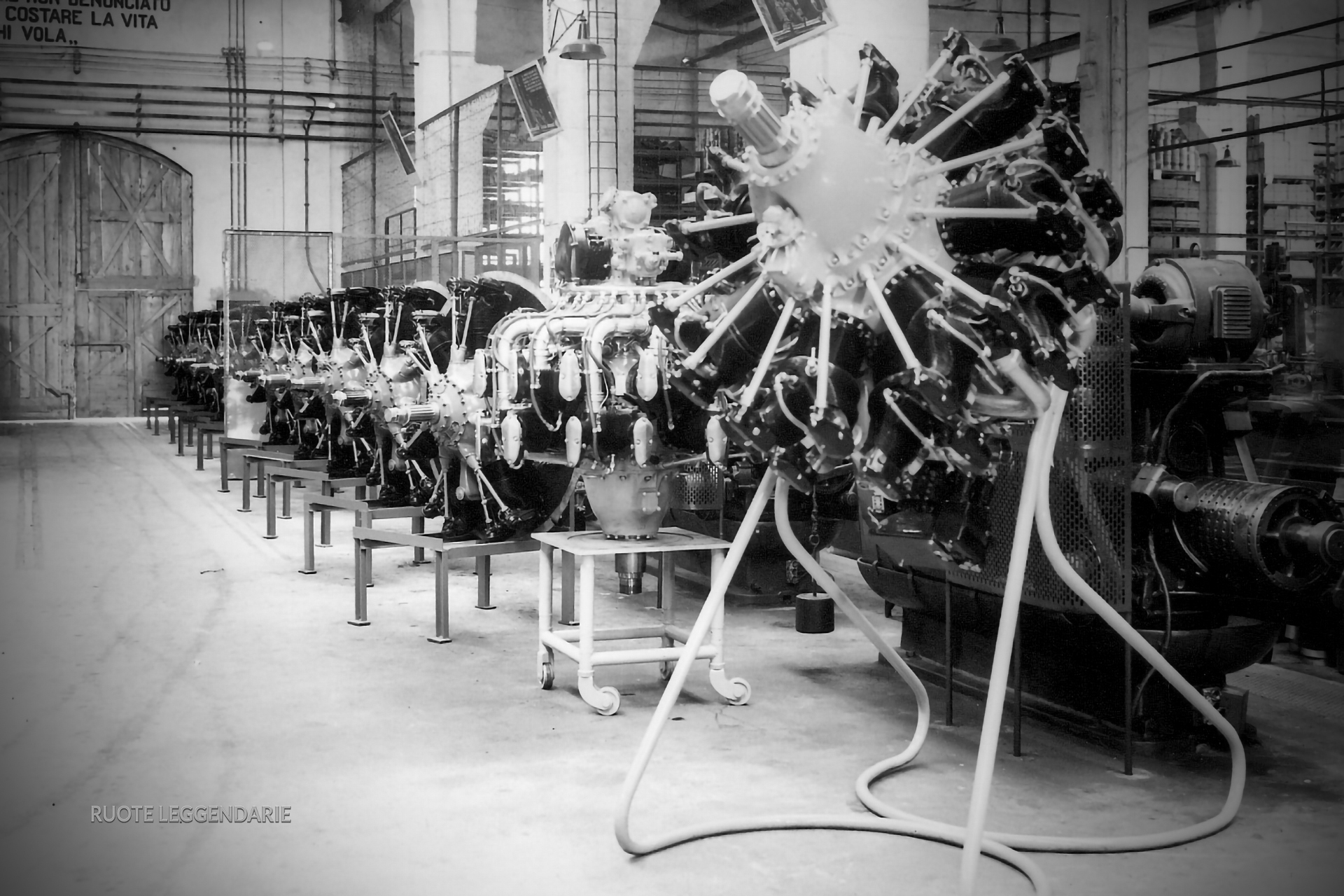 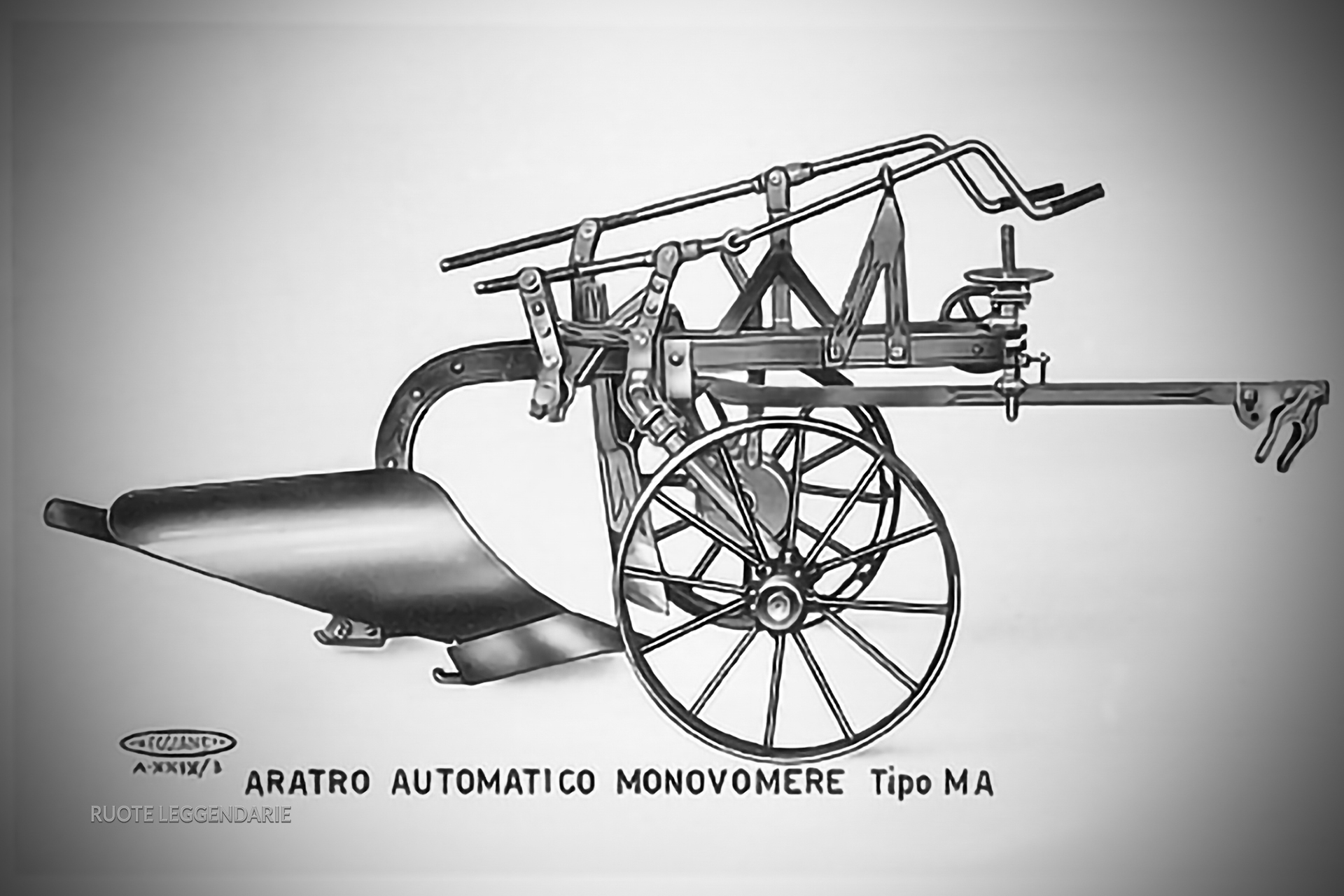 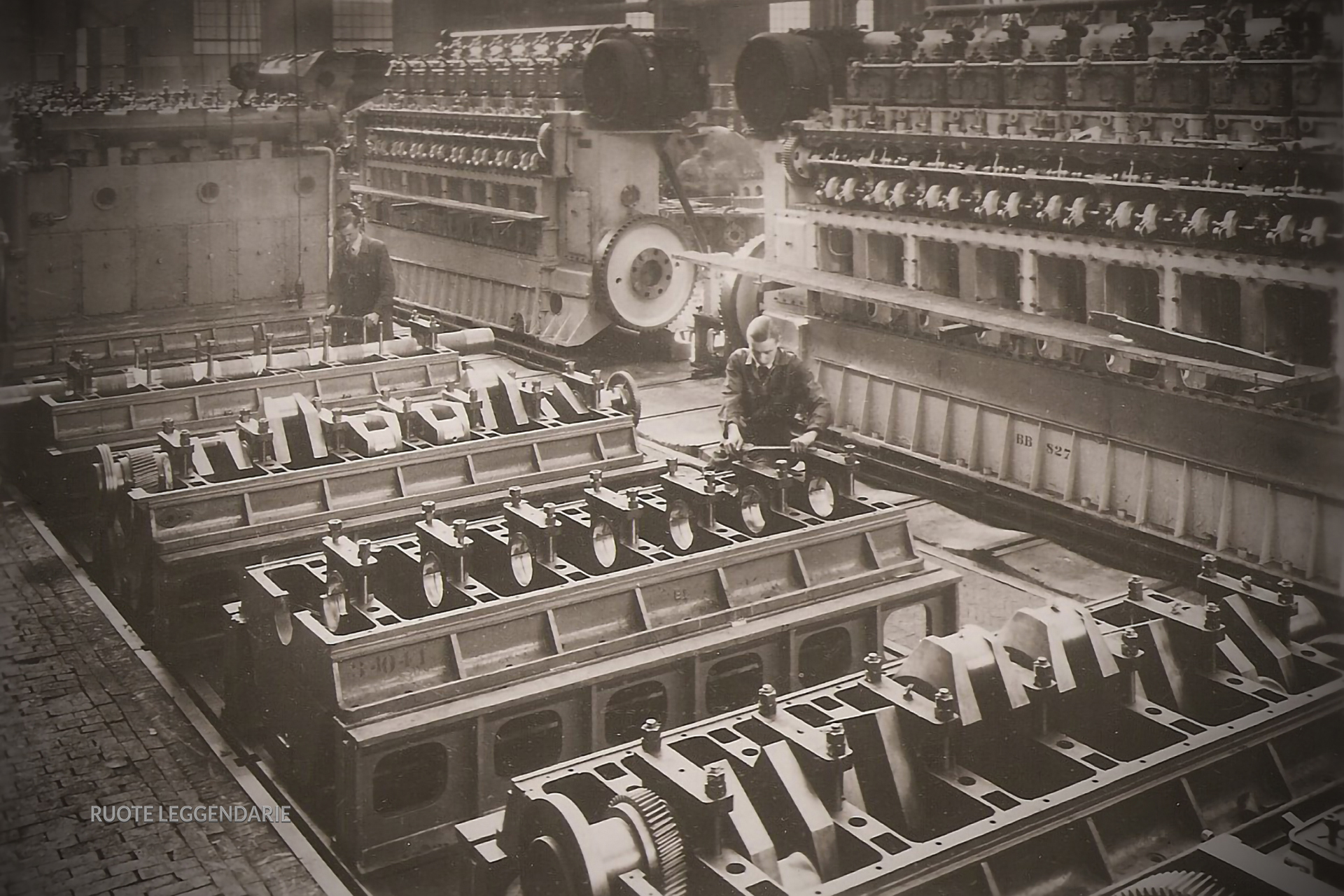 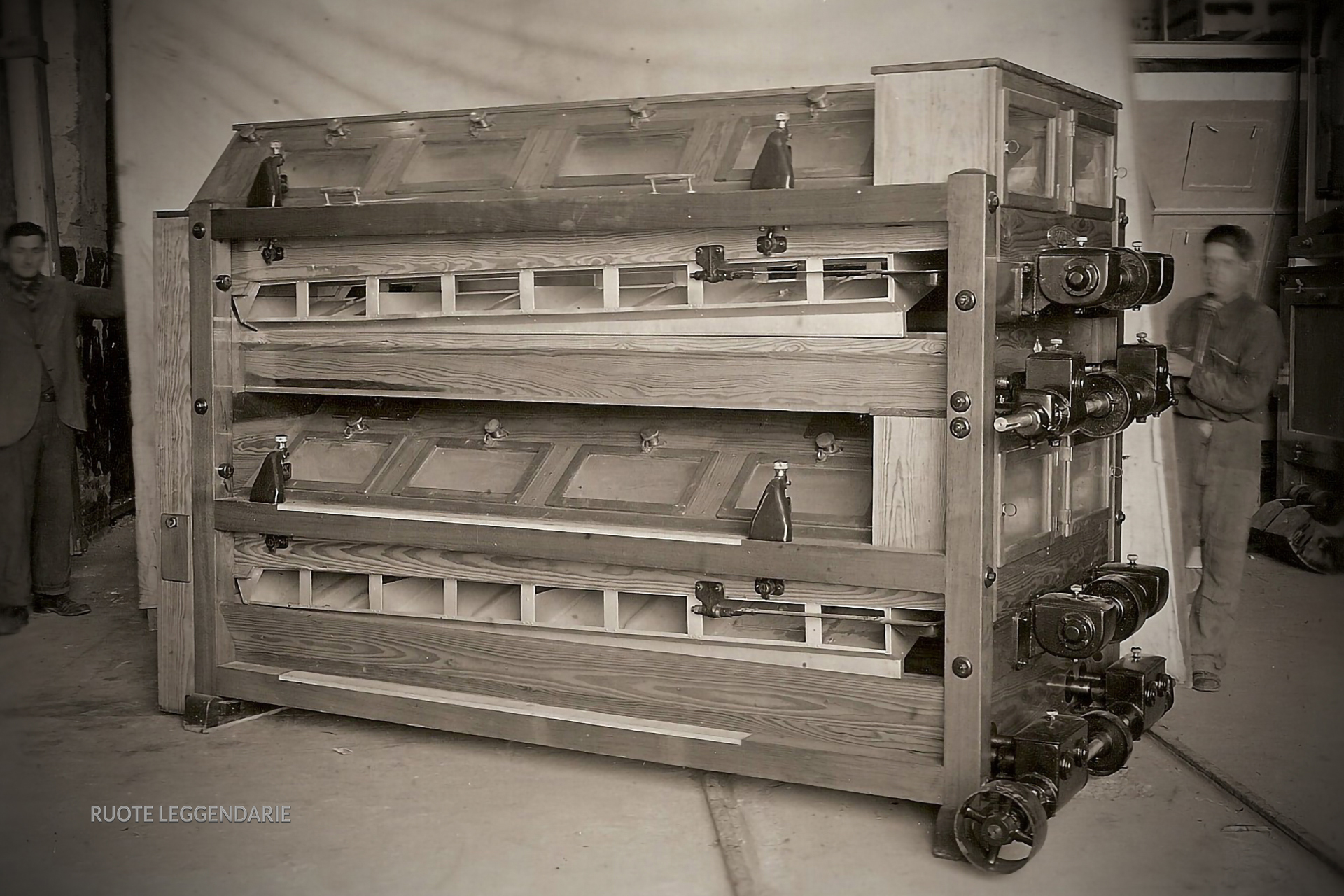 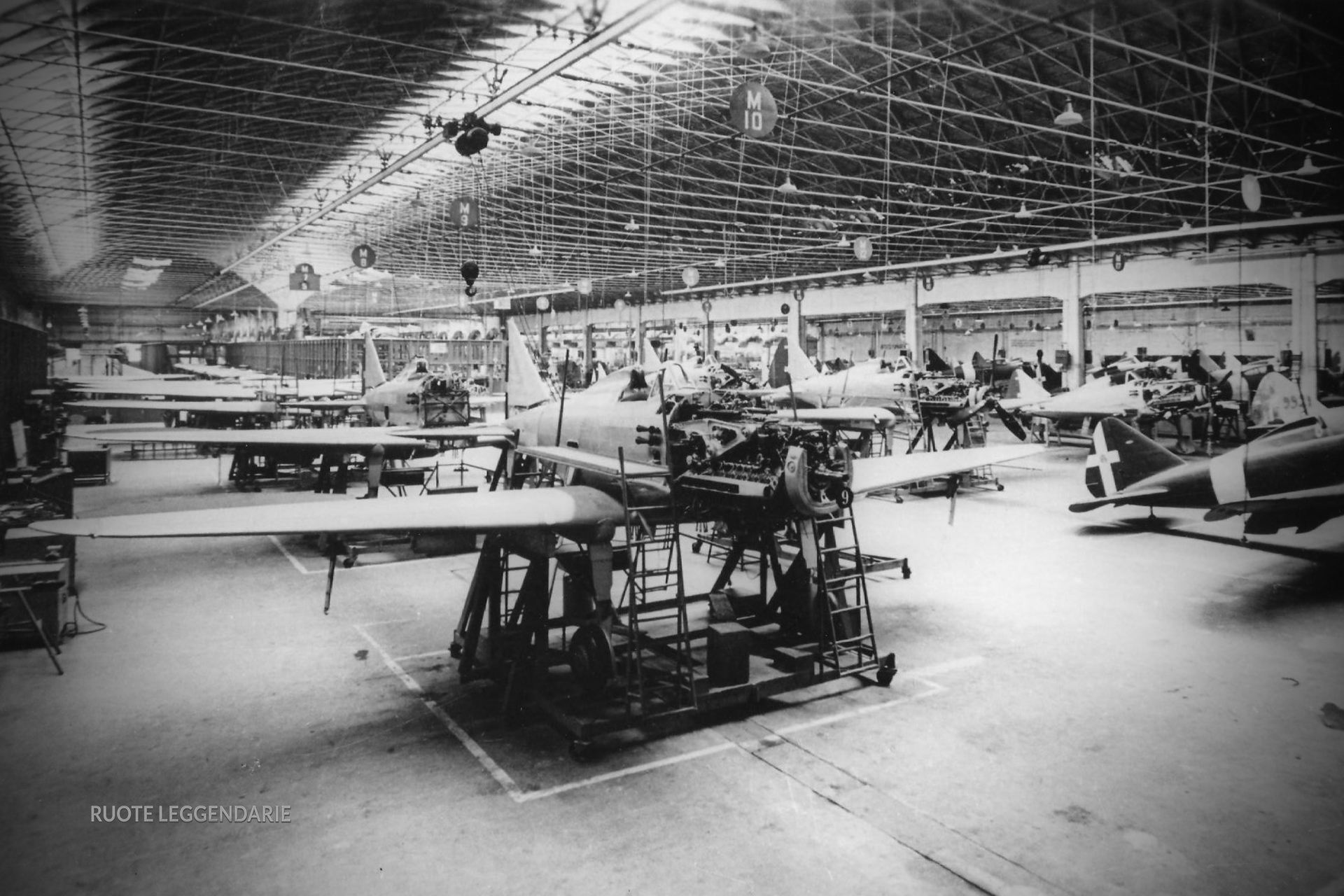 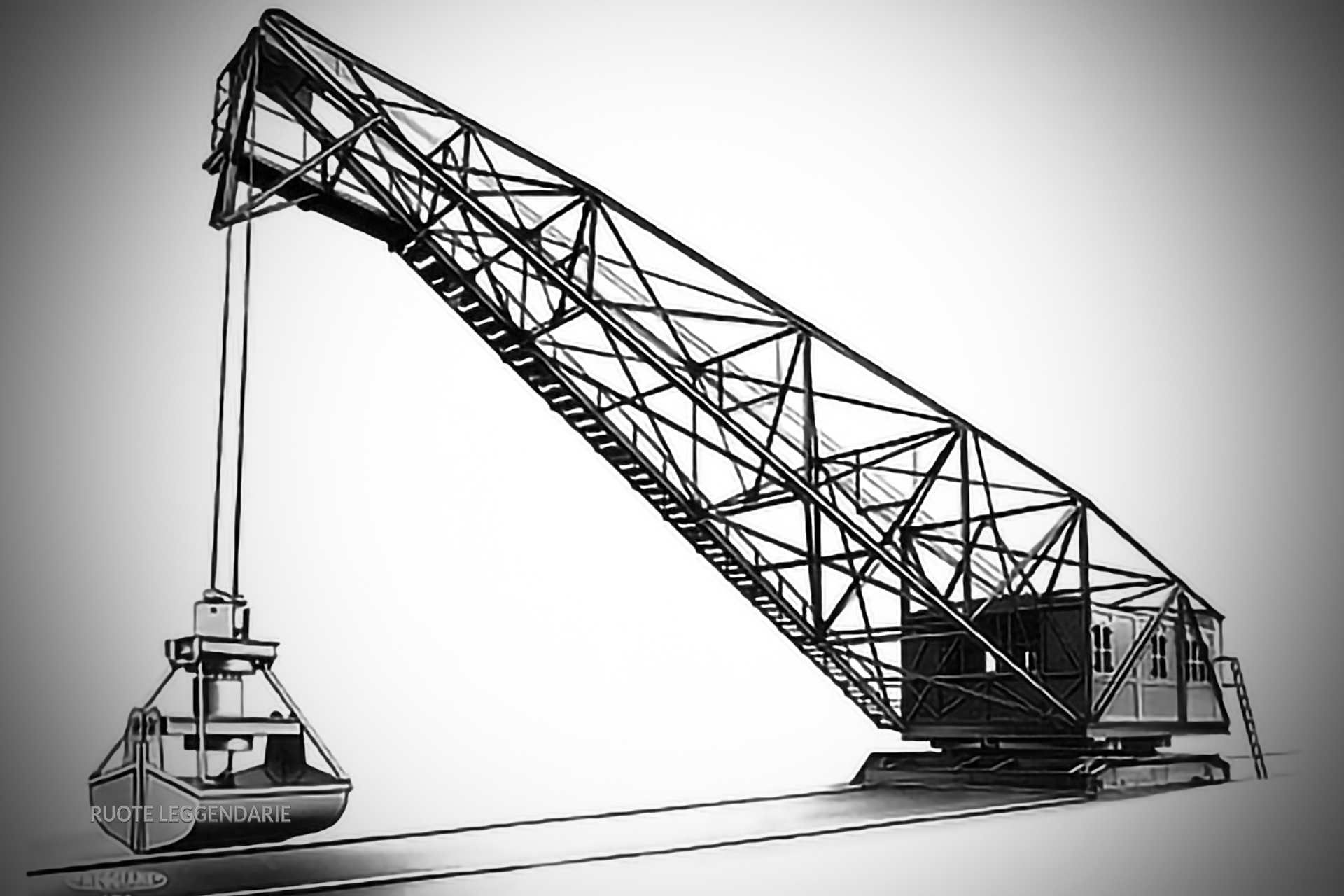 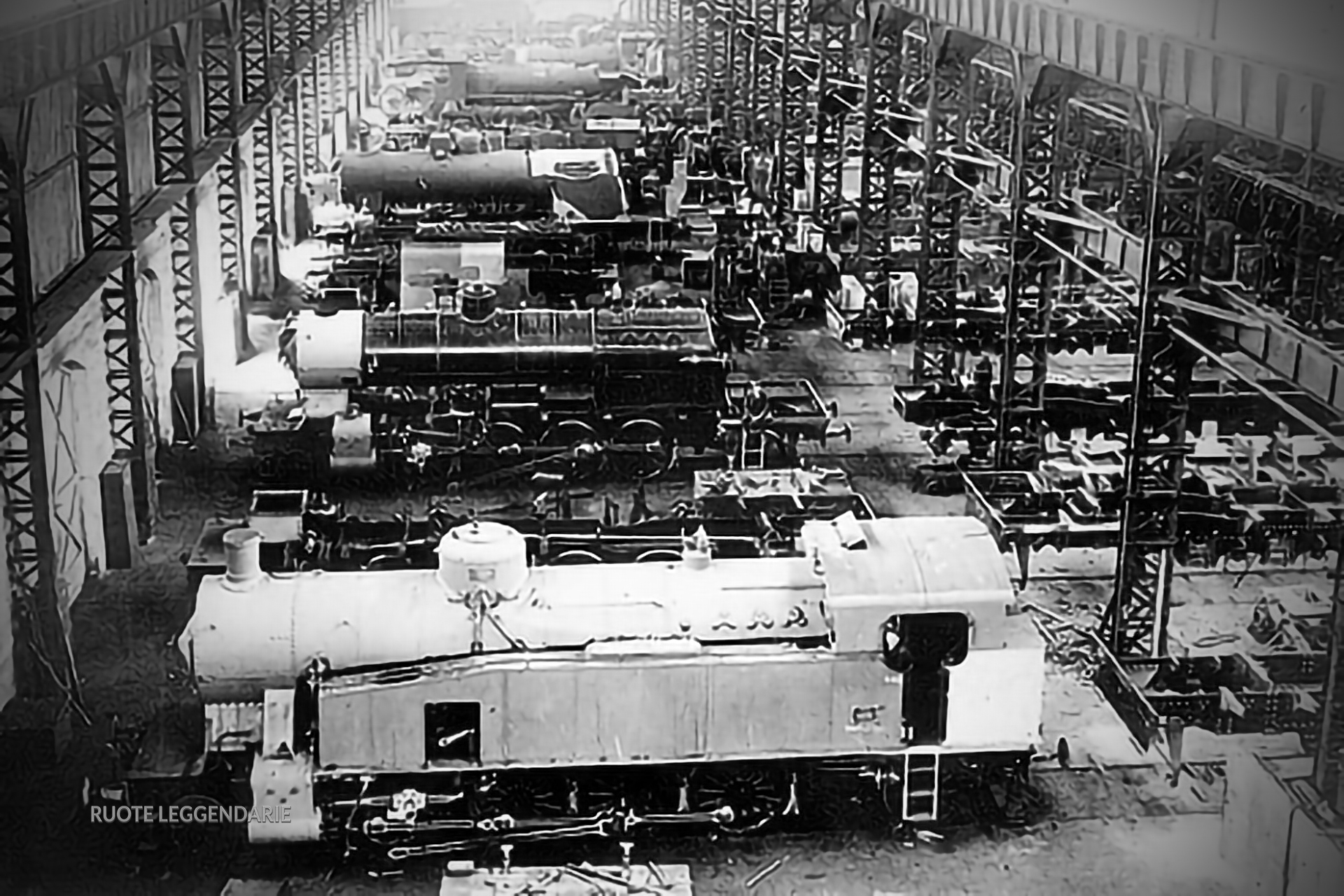 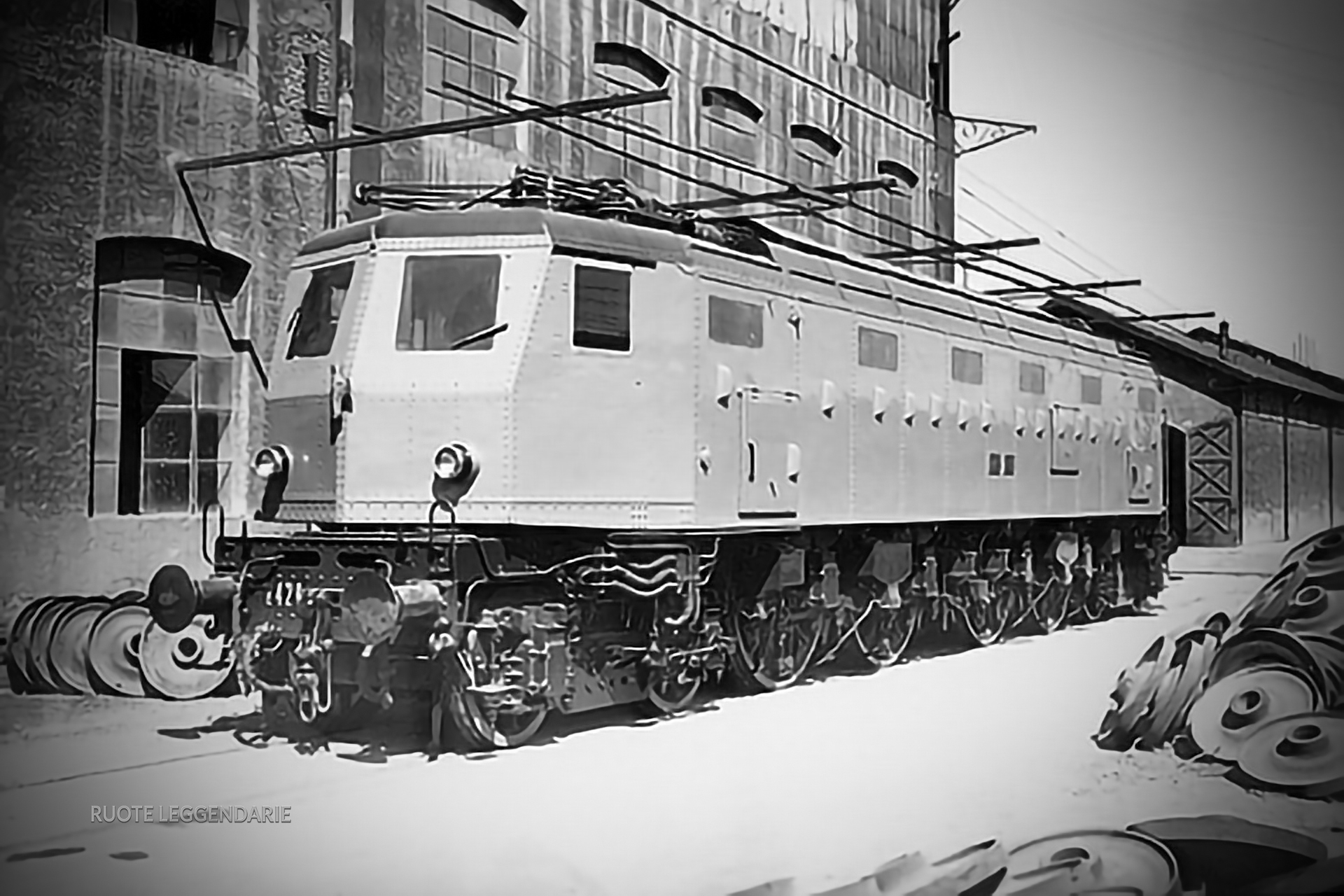